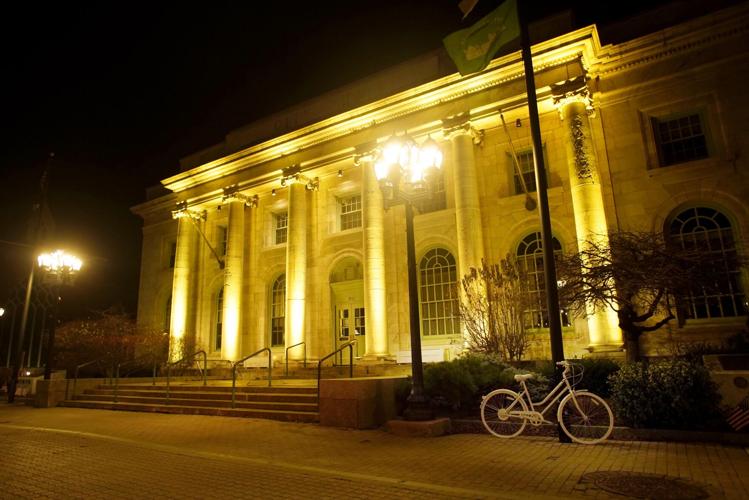 Officials in Pittsfield in the last year directed $31.7 million to the city’s fight against the coronavirus, projects to improve housing and a wide selection of community-proposed projects. In November, City Hall was lit in yellow to recognize victims of pedestrian and cyclist traffic crashes. 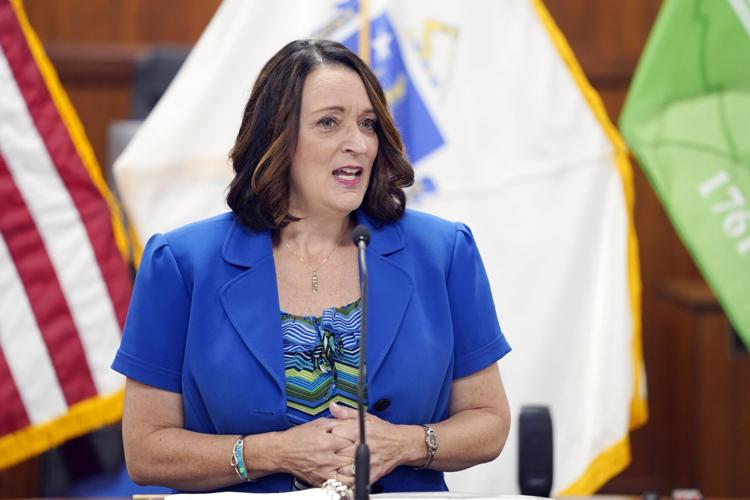 PITTSFIELD — As the end of 2022 draws near, almost 80 percent of Pittsfield’s $40.6 million in federal coronavirus relief money has been set aside, spent or allocated to city and community projects — leaving about $8.9 million available as the city and nation close out the third year of the pandemic.

Deanna Ruffer, a co-special project manager overseeing use of American Rescue Plan funds in Pittsfield, says that in the last year, $31.7 million has been directed to the city’s fight against the coronavirus, projects to improve housing and a wide selection of community-proposed projects.

Ruffer says that $5.6 million has been put towards public health causes, $8.6 million set aside for housing and homelessness projects, $8.2 million to city-led endeavors and $500,000 has been set aide for administering the funds.

The biggest chunk — $8.8 million — was awarded to 37 community-based nonprofits this spring and summer. Over the last few months, those organizations have begun putting their proposals to work.

“We’ve had our hands full getting these 37 organized and operating as quickly as possible,” Ruffer told the City Council in a presentation last week. Ruffer said that effort has paid off and that she and Gina Armstrong, the other co-special project manager, are starting to see “some outstanding results from these investments.”

Ruffer told the council that between July and October, 23 of 37 ARPA-funded nonprofits invoiced the city for nearly $1.47 million in ARPA work.

Goodwill Industries of the Berkshires used the $200,000 to cover just under half the cost of a major roof replacement project at its headquarters on Tyler Street. Ruffer said the project allowed Goodwill to “expand their workable space, increasing the effectiveness of their rag business, their baling and textile processing.”

On Linden Street, the George B. Crane Memorial Center used nearly $11,000 in the last three months to hire a part-time community liaison that helped the addiction recovery center with its community outreach.

Ruffer told the council the liaison has helped 58 walk-ins and led two workshops: one on the use of Narcan and one helping young people in recovery.

“It’s been exciting — especially with the community-based awards and the ability to fund these critical infrastructure projects,” Armstrong told the Eagle.

“We had to get [the] third quarter under our belt with the increase in invoicing from all of our community based organizations,” she added. “Now that we have that all figured out, we’re going to focus on how we can communicate the successes and the impact of this funding.”

Much of the ARPA spending to date is by the city itself. Over the course of the year, city officials have directed $8.2 million towards projects like upgrades of Pittsfield’s drinking water, ventilation and sidewalk infrastructure.

Ruffer told the Eagle in an email, in response to questions, that $8.2 million — about 20 percent of the city’s total ARPA allocation of $40.6 million — has been budgeted for city projects.

That’s separate from about $8.6 million the city is giving to outside groups to handle several projects aimed at expanding the availability of housing supports and affordable housing.

The biggest line item of city work continues to be upgrades to the Ashley Water Treatment Facility in Dalton. Since receiving ARPA funding, the city has spent $2.59 million of the $4.5 million set aside to upgrade the facility that’s responsible for handling Pittsfield’s drinking water supply. In the latest report to the Treasury Department, city officials report the project remains just under halfway done.

One project — which replaced steam traps at Crosby Elementary to improve the school’s ventilation system — has provided a nice new scenario for Armstrong and Ruffer: an under-budget project.

The maintenance at the elementary school was expected to cost $30,000, but came in for about $8,000 less. Armstrong said the city’s building maintenance department has begun drafting proposals for similar projects that could use the extra money.

It’s not a problem Armstrong expects she’ll deal with often, though. “We’re actually seeing the opposite right now — some of [the projects] are coming in higher than the original budget projection because of different economic factors that are really out of our control,” Armstrong said. “We’re making those adjustments as we go along.”

One of those adjustments is in the budget of Armstrong and Ruffer’s own office. After budgeting $150,000 for the administration of ARPA funds in the city’s first report to the Treasury Department, the latest report shows the city has spent more than $210,000 on administration.

Most of that money has gone to covering the salaries of Armstrong, Ruffer and an administrative coordinator, as well as the cost of purchasing new software to help meet reporting and data tracking requirements related to the programs.

City officials are now budgeting $500,000 for the cost of administering the ARPA project over the next four years, though Ruffer said that’s subject to change.

“The administration budget obligation was a placeholder that is currently being updated based on actual expenditures over the past year and is expected to be updated as part of the next Treasury report,” Ruffer wrote in the email.

City leaders say a recent study of Pittsfield visitors show that 65 percent are between ages of 18 and 44. To keep the attention of these millennial travelers, Pittsfield is using a portion of its ARPA funds in a new marketing campaign.

Two churches, landmarks in Pittsfield's downtown, are pivotal pieces of the city's new response to housing instability. At a press conference Monday, Mayor Linda Tyer announced the city is putting $8.6 million in ARPA money to these and other new housing projects.

In Pittsfield, the homeless have few places to go. Zion Lutheran Church is hoping to change that

Church members voted to support an agreement with the Berkshire Housing Development Corporation that will lease some church space for up to 60 years to create new permanent supportive housing and a community resource center in the building.