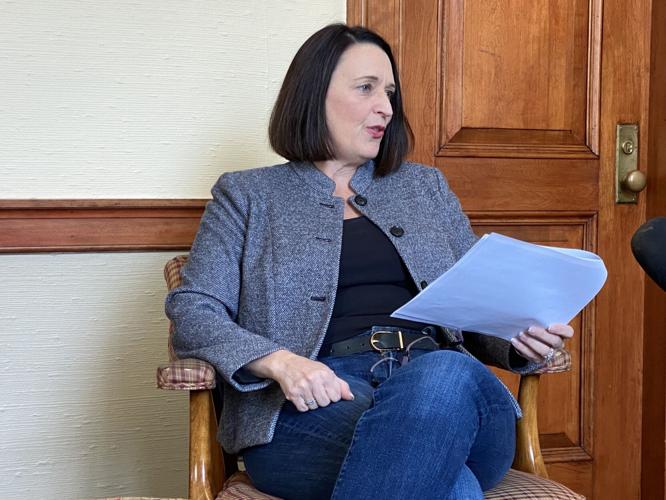 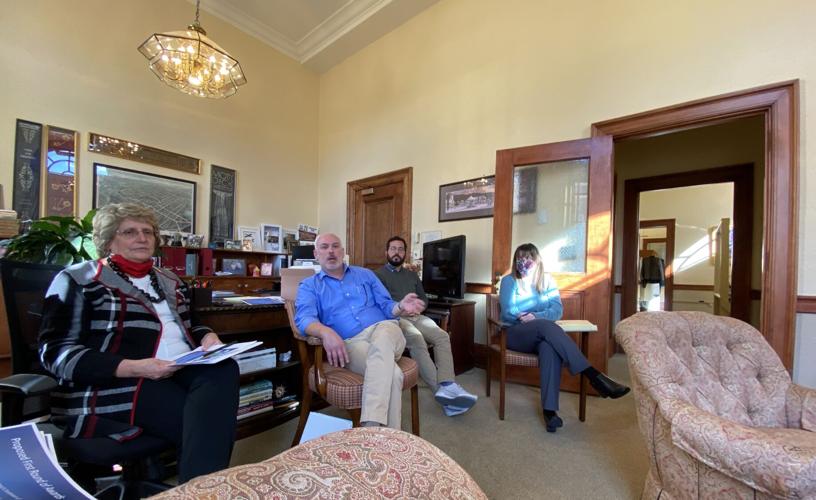 Mayor Linda Tyer presented the first set of plans for use of the $20.3 million in federal coronavirus aid that’s already in city coffers in a closed press conference Wednesday afternoon. The city is to receive about $40.6 million in all over the next two years.

The projects would allocate about $3 million to public health efforts; $1.6 million to healthy childhood, housing and neighborhood projects; $620,000 to water and sewer projects and about $340,000 to tourism and cultural goals.

The projects — which are proposals and not under contract — would allocate about $3 million to public health efforts; $1.6 million to healthy childhood, housing and neighborhood projects; $620,000 to water and sewer projects and about $340,000 to tourism and cultural goals.

They’re the first part of a larger plan the city has for divvying up the first deposit of federal money. That plan would direct about $9.1 million to projects related to “healthy childhoods, housing and social determinates of health,” $4.6 million to combatting COVID-19’s economic impacts, $4.4 million to public health, $1 million to backfill lost revenue, $620,000 to water and sewer infrastructure and about $400,000 to administrative costs.

The projects were unveiled along with the names of the members of the mayor’s ARPA Advisory Council.

The internal team will continue to serve as “supports” for the advisory council according to Tyer.

“The [council members] were selected because each of them brings a specific expertise or experience or vision — in a way that we felt was going to be the most helpful to us as we work through how to make the best use of the American Rescue Plan,” Tyer said. “Their advice and guidance is going to be essential.”

The Treasury Department has set out reporting guidance for every entity receiving funds through the American Rescue Plan to ensure that the process is “accountable, transparent, user friendly and focused on recovery.”

City officials said they’ve shared those principals as they’ve hosted a series of community forums and a community survey to solicit residents’ feedback on how the federal money should be spent. Kerwood said that he’d have “no objection” to continuing that transparency and directing residents to the city’s required quarterly reports to the Treasury Department once the department makes those reports available publicly.

However, Tyer said that she will not be opening the council’s weekly meetings up to public access or broadcast.

“I think it’s essential that that experience of serving on the advisory council is honored in a way that allows them to be honest and forthright with us about what they’re seeing, without being worried that they’re being watched and questioned,” Tyer said. “It’s really important to me that space is honored in a way that builds trust ... so I think — for now — I think we’re going to keep it a sacred space for us to work together.”

Tyer said that following the first meeting, the council “was comfortable that we should proceed” with the proposed projects. Ruffer added that the group “developed a really robust understanding of why we as the administration would put forward” these projects.

The city hopes to use a portion of the funds to fill two new positions focused on public health: a Community Health Outreach Coordinator and a Public Health Data Analyst.

The rest of the proposed public health spending centers around improvements to make city schools and fire stations “post pandemic healthy,” according to Tyer. The projects would include window and heating and cooling system upgrades in the fire stations and heating and ventilation updates to Pittsfield High School, Reid Middle School and Crosby Elementary School.

Officials said that repeated requests from residents in community forums for more childcare solutions is driving their proposal to invest in a YMCA daycare upgrade and expansion.

Housing stability was another common request from residents, aligning with the city’s desire to use a portion of the federal money to fill a funding gap for renovations of the Fenn Street Shelter.

The mayor said she’d also like to institute another round of the At Home in Pittsfield project, which helps cover the cost for residents to invest in exterior home improvements.

The first infrastructure project proposed is for repairs and upgrades to the city’s Ashley Water Treatment Plant in Dalton and a nearby dam.

City officials said they want to help remind tourists of all Pittsfield’s cultural institutions have to offer. To do this, they’re proposing an extensive marketing campaign in partnership with tourism and cultural businesses in the city.

Tyer said the city is also looking to replicate a successful North Adams program called Assets for Artists which would help support self-employed artists. That program would run in tandem with the city’s plans to work with Roots Rising on a job training program.

Pittsfield's lost revenue calculation came to $2.33 million. Here is where that number comes from.