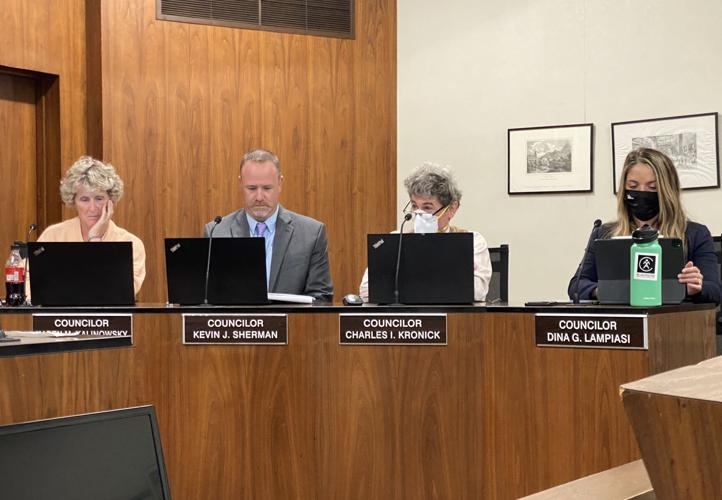 Councilor Charles Kronick made a charter objection during the City Council's vote on the fiscal 2023 budget Tuesday night. The move requires the council end all discussion on the matter and delays a vote to the next meeting, by which point the budget must be accepted on a technicality of city rules.

The Pittsfield City Charter explains the process and power of a charter objection. Emphasis has been added by The Berkshire Eagle.

PITTSFIELD — An unusual power of the Pittsfield City Council ended the final budget debate before it began.

Councilor Charles Kronick's decision Tuesday to invoke a charter objection — an infrequently used but powerful tool of the council — kicked off a chain of events that will mean Mayor Linda Tyer's proposed $188 million operating budget for the fiscal year that begins July 1 will go into effect June 24.

Kronick did not explain why he took the move, which ran out the clock on the budget process.

Understanding how the council got to this point, and what this move means, requires a close read of the city's charter and rules.

We break it down based on our reading of the charter and comments from councilors.

Q: What is a charter objection?

A: Think of a charter objection as a kind of forced pause any councilor has the ability to create on any item being discussed and voted on by the City Council.

If a councilor makes a charter objection, discussion of the item objected to ends right then. And a vote on the subject is postponed until "the next meeting of the city council, whether regular or special," according to the charter.

Here's a list of ways the charter objection has been used before:

Q: So will there be a special meeting?

A: This has become the biggest question in the wake of Kronick's objection Tuesday night. It's a question Councilor Ken Warren attempted to raise at the session.

Kronick's objection could have sent the council — and budget vote — on one of two paths: the budget could return to the council at the next meeting on June 26 or Council President Peter Marchetti could have called a special meeting to allow the council to vote on the budget before June 26.

Warren seemed poised to ask Marchetti to call a special meeting when he asked for a point of order after Kronick's objection.

As Marchetti read the beginning of the charter description on objections, Warren said it was his understanding that two councilors had to object to force an item to the next regularly scheduled meeting — and effectively block the council from holding a special meeting.

At this point, Councilor Anthony Maffuccio interjected and became the second councilor to object. "I second it then," Maffuccio said. "How's that?"

Q: Why is that 'second' tricky?

A: Speaking with the Eagle after the meeting, Marchetti said the legality of Maffuccio's second is of uncertain procedural integrity, since Warren's point of order and Maffuccio's response both occurred after the council moved on to the next item.

Warren's point of order came after the council had voted on another item — putting procedural distance between his question and Maffuccio's response and the budget vote being objected to.

"I'm not going to try and force [a special meeting]," Marchetti said. "Because from my perspective that was a second."

By recognizing Maffuccio's second as legal, regardless of it coming late, Marchetti closed the door on the council meeting before June 26 to vote on the budget.

Q: Is there no workaround?

A: At this point, no. The charter's description of the objection continues on to say that "a charter objection shall have privilege over all motions."

That means that once an objection is invoked, there's nothing for anyone on the council to do except move on and wait for the next meeting.

Q: How does the timing of this impact the budget?

A: The city charter also lays out strict rules for the annual budgeting process. The important part here is the deadline for the council to vote on the budget.

Here's what the charter says:

"If the city council fails to take action on an item in the proposed operating budget within 45 days after its receipt, that amount shall, without any action by the city council, become a part of the appropriations for the year and be available for the purposes specified."

Tyer presented her budget proposal to the council at the May 10 meeting, meaning the clock runs out on a council vote on June 24. The next regular council meeting is two days later on June 26.

Q: Is the budget frozen as is?

A: Not exactly. The budget will go into effect as proposed, but as with any year's budget, the mayor can return to the council and ask that its members approve the addition of more money for a specific department, line item or program.

These kind of requests happen throughout the year and councilors say the mayor will likely take this route to fix under-budgeting in the Finance Department's funding.

The council can submit petitions to ask the mayor to make recommendations to fund some of the things they had proposed after the budget hearings — though those petitions won't require the mayor to do something one way or another. She can always say no.

There is no incentive for Tyer to do what the council asks now. She has her budget and any changes the council wants will only come to a vote if she also supports them.

Our Opinion: Pittsfield's budget debacle and our poisonous politics

Pittsfield Mayor Linda Tyer’s spending proposal has become, by default, the city’s budget for the upcoming fiscal year due to an ill-timed cha…