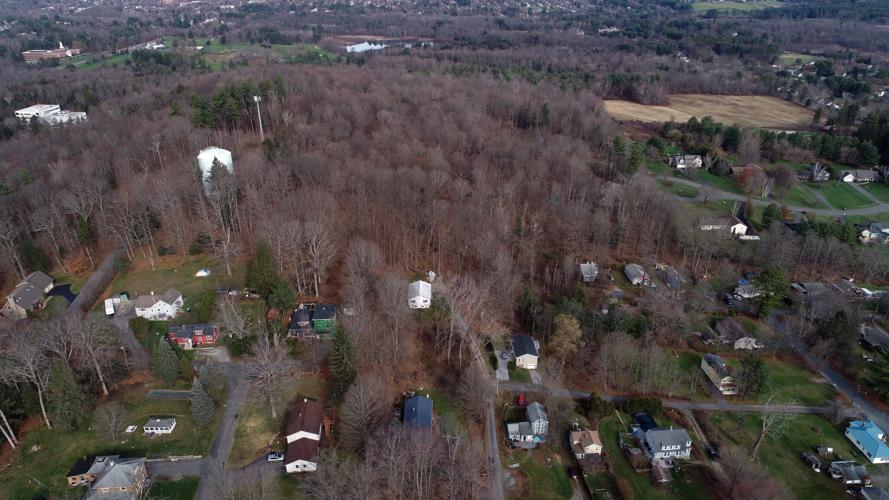 It has been a little more than two years since a new Verizon cell tower in south Pittsfield, off of Holmes Road, went into service. Residents of the area claim they have been made ill by its operation. The tower can be seen at the upper left on the hilltop. 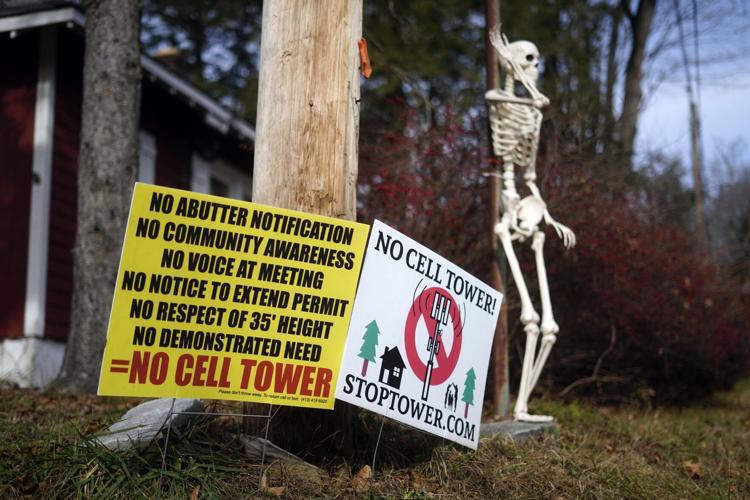 Signs opposing the Verizon Wireless cell tower in south Pittsfield can be found, two years after the tower began operating.

PITTSFIELD — After months of silence — and the launch of a lawsuit with several city defendants — the Pittsfield City Council is wading back into the longstanding dispute between Verizon Wireless and Shacktown residents who say a cell tower makes them sick.

This week, the majority of city councilors voted to support petitions that ask either Mayor Linda Tyer or Council President Peter Marchetti to send letters to state and federal representatives asking them to advocate that the Federal Communications Commission reevaluate its radiofrequency exposure limits.

As of Friday, those letters had not yet been sent.

The petitions come after ProPublica, an investigative nonprofit newsroom, published an extensive look at how radiofrequency limits established by the FCC in 1996 have long shielded wireless communications companies from health impact claims.

The investigation took a close look at how the city’s Board of Health attempted to take a stand against FCC. A cease-and-desist letter sent to Verizon Wireless in April claimed that while the FCC had the authority to rule on cell tower sites, the board had the authority to rule on health claims regarding towers — even those that met FCC guidelines.

Much past council action on the cell tower issue has come at the request of residents or following conversations with them. Tower opponents said this week that petitions filed by councilors Ken Warren and Jim Conant were developed without talking with residents.

Letters drafted by Warren that will be sent to Sens. Elizabeth Warren and Edward Markey and U.S. Rep. Richard Neal acknowledge the board has found legitimacy to the residents’ health claims.

“Our community has constituents who have become ill with symptoms that our Board of Health has determined to be likely caused by the cell tower radiofrequency radiation emissions,” the letter states.

The letter, and statements by Conant Tuesday night, clarify that the council is looking for updated guidance on potential health and safety related to today's cell tower technology.

“We all know this has been a sinuous issue here for quite a while and we don't have any answers,” Conant said. “We don't know what the health implications are.”

Conant said the intent of the letters is to show that “we're looking for information.”

“I’ll make this very clear: I do not support any litigation or lawsuit of any type,” Conant said. “This is just an effort to communicate and get information from the state and federal level because our hands are tied by the FCC. They really run the show [and] we’d just like some information from them.”

Courtney Gilardi, one of the residents involved in the ongoing lawsuit against the city, said that while she feels “incredibly supported” by recent council actions, she believes these letters will not get the cell tower removed from her neighborhood, known by some as Shacktown.

Gilardi and Scott McCollough, one of the attorneys representing residents, say they turned to a lawsuit because other options came up short.

“If people don’t want litigation, that’s fine,” Gilardi said. “But get everybody into a room and work this out.”

Meantime, a case in Berkshire Superior Court filed by six residents of the tower area continues. The lawsuit names Mayor Tyer, city Solicitor Stephen Pagnotta, the Board of Health, Verizon Wireless and a South Street property owner as defendants.

Over the last month, lawyers from Donovan O’Connor and Dodig LLP, representing the city defendants, have used filings to push back against claims that actions by Pagnotta and Tyer “coerced” the board into dropping its cease-and-desist order against Verizon Wireless.

The plaintiffs submitted a motion in early November asking a judge to disqualify Donovan O’Conner and Dodig — of which Pagnotta is a partner — from representing the city in the lawsuit, on the grounds the firm had conflicts of interest.

The plaintiffs argued that the firm’s conflicts came from previous work on suits involving local cell towers — including one involving the issue of abutter notifications for the same Pittsfield cell tower — and their role as “potential witnesses.”

The law firm has termed allegations of conflicts of interest “at best disingenuous, misleading, and irrelevant to the relief sought.”

Cell tower opponents say city attorneys have a conflict of interest. And they want a judge to rule in their favor against Verizon

“The Complaint and the Motion contain inflammatory rhetoric and appear to have been crafted largely, if not solely, for publicity rather than to set forth any reasonable or competent legal argument or cognizable claim at law,” attorney Gregory Howard wrote in a filing.

Two weeks ago, Superior Court Judge Michael Callan denied the residents’ request to bar the law firm from the case. He also turned away the firm’s request that residents be compelled to pay their fees.

On Nov. 25, the defendants asked the court to dismiss the lawsuit against them. Speaking Friday with The Eagle, McCollough said he plans to submit the residents’ opposition to that request in the coming weeks.

In Pittsfield and Lenox, heated disputes over where and how to site cell towers signal a need for authoritative answers that our communities, …

A Berkshire Superior Court judge will hear arguments next month on whether a lawsuit against city officials, the Pittsfield Board of Health, Verizon Wireless and a local property owner should be dismissed.

Sheffield wants to ban 5G wireless until health questions are resolved. Will the town be able to stop it?

Sheffield residents filed a petition with the town last week to halt 5G until federal regulators can prove that higher radio frequency radiation is nothing to worry about.