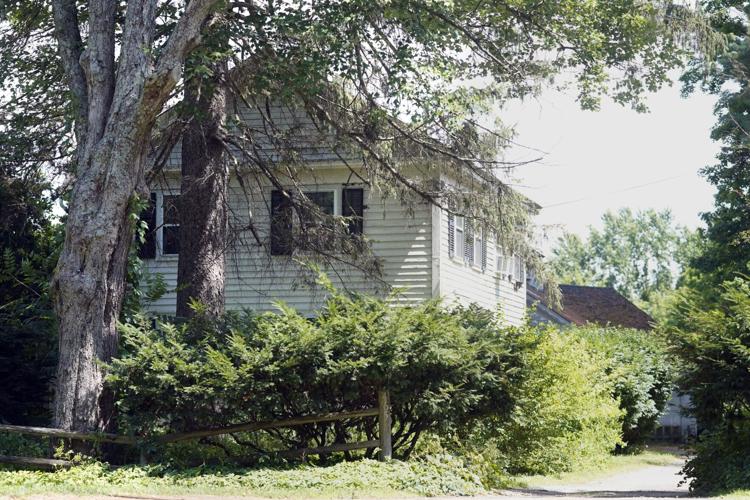 This historic property at 465 Holmes Road in Pittsfield will remain standing for now, after the city's Historical Commission voted Monday to impose a delay on any possible demolition. 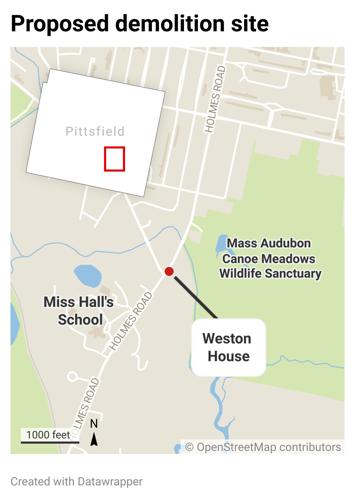 PITTSFIELD — An 1840s-era home at 465 Holmes Road will remain standing at least for a year, thanks to an unanimous vote by the Historical Commission that the property should be “preferably preserved.”

The commission decided in June that the building was “historically significant,” prompting a demolition delay hearing. On Monday, it voted to enforce that pause.

Commission chair John Dickson said the commission and city staff will work with the school to lay out funding options and other possibilities for the property over the next year.

The building has been used as faculty housing by the Miss Hall’s School since the institution purchased the property for $190,000. In that time, school representatives say windows were replaced, work was done on the roof and anything that “made it difficult for residents to live there” was fixed.

In May, the school’s campus services manager came to the Historical Commission asking for a demolition permit. The building, known as the Weston house for its owners prior to Miss Hall’s, was once part of the Oliver Wendell Holmes property.

Jeff Crosier, the manager, told the commission he felt that a quote the school received from an outside architecture firm seven years ago for $700,000 in repairs was too costly.

“I personally feel that it’s too much to invest in that house with all the deferred maintenance we have in some of our on campus buildings,” Crosier said. “But it’s completely the board [of trustees’] decision.”

Crosier told the commission over two spring and early summer meetings that the property was “in terrible shape” and had rotting sills, a deteriorating foundation and door frames that let mice and snakes into the home.

Representatives from the school told the commission that despite pursuing a demolition allowance for several months, the school’s board of trustees had made no definitive plans for the building — including whether or not it would be sold, demolished or repurposed.

Under Pittsfield city code, a demolition approval by the commission is valid for two years.

Miss Hall's School wants to demolish an 1800s Pittsfield home. The Historical Commission wants to know what you think

The fate of a historically significant farmhouse on Holmes Road may be decided next week when the Pittsfield Historical Commission convenes a public hearing on a demolition request from Miss Hall's School.

Miss Hall’s Head of School Julia Heaton told the Eagle late last week that the school anticipated that the Historical Commission would issue a demolition delay.

“We actually went into the process anticipating that that would be the outcome,” Heaton said. “We were prepared for that.”

Merritt Colaizzi, the school’s director of advancement, said that only one alumna of Miss Hall’s had reached out to inquire about the fate of the building since an Eagle article about the property ran last week.

Commissioners received a few entreaties from concerned residents asking them to issue a demolition delay by Monday’s meeting.

Gretchen DeBartolo, a resident of Holmes Road, came to the meeting to urge the Historical Commission to issue the delay and to encourage Miss Hall’s to try to sell the building.

“It was a beautiful house,” DeBartolo, who studied architectural history, said. “Faculty has not done due diligence, at least when I looked at it, and it just was deplorable how they were taking care of it.”

“I think just to take it down out of hand is tragic,” she added.

Heaton, who attended the meeting Monday, challenged DeBartolo’s characterization that the school had been negligent in its care of the property.

She said the school hired an outside architecture firm in 2015 to assess the condition of every building it owns. The Weston house’s overall condition was classified as “poor.” Any immediate risks to life or safety or building violations were handled, she said.

Heaton said the school hasn’t prioritized cosmetic fixes for the building but had made the property safe for faculty to live there.