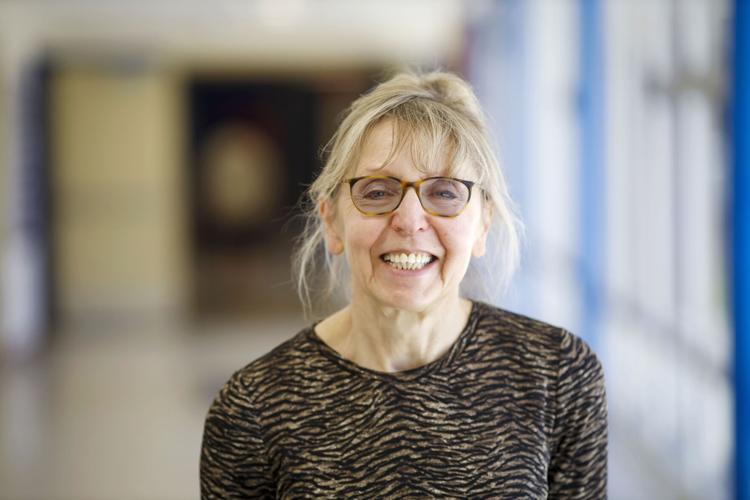 After 29 years of teaching the orchestra programs at Herberg Middle School and Pittsfield High School, Alla Zernitskaya is retiring. Her final concert with both school orchestras is scheduled for 6 p.m. Thursday at Zion Lutheran Church in Pittsfield. 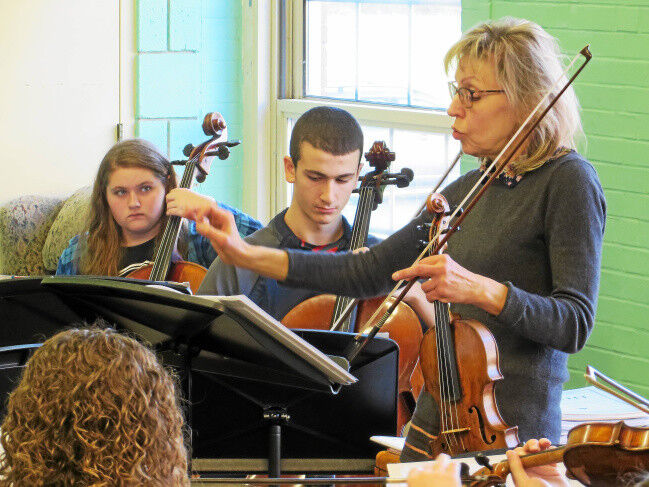 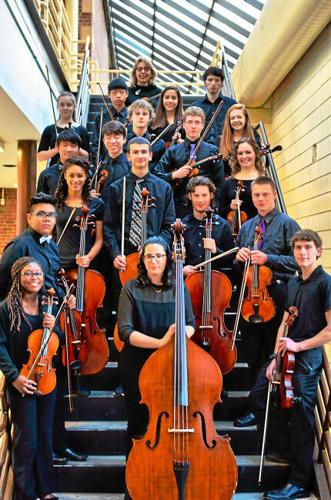 The Pittsfield High School Chamber Orchestra, conducted by Alla Zernitskaya, achieved its dream in 2016 of playing at New York City's Lincoln Center, competing for the National Orchestra Cup. Zernitskaya stands at the top of the stairs.

PITTSFIELD — Family was influential in Alla Zernitskaya taking up the violin at a young age. But it was a teacher who helped her bring artistry all the way home.

“When I was a kid, [my grandmother] would play classical records and tell me I should play the violin. So when I was 7, I was given one,” said Zernitskaya.

Zernitskaya began lessons in her native Russia. But something was missing, beyond learning the proper technique in getting those strings to sing. “I had one teacher, I can’t remember her name, who turned my attitude around about playing the violin. I learned to play from the heart,” she said.

For 29 years, Zernitskaya was that teacher in the Pittsfield Public Schools, inspiring young violists and other stringed instrument students to embrace a passion for the music they were making.

Come June, she will retire as the stringed instrument teacher and orchestra director at Pittsfield High School and Herberg Middle School.

“Sadly, she will be missed,” said a former student, Johan Serano, a junior at the Massachusetts College of Liberal Arts in North Adams majoring in performing arts. “My brother is in the [Pittsfield High] orchestra and he is only a freshman and won’t get to experience her teachings any more.”

On Thursday, Zernitskaya will conduct an orchestra of about 40 musicians, featuring mostly Pittsfield High students, though joined by some from Herberg and a few PHS alumni. The concert begins at 6 p.m. at the Zion Lutheran Church on First Street next to The Common.

COVID-19 protocols will be in place. Masks are required and attendance is limited to 150 people. Family members of the performers get priority seating, with the general public welcomed on a first-come, first-served basis.

The hour-long concert will be Zernitskaya’s last for the schools. While not nervous, she says it will be a bittersweet farewell. “I’m trying to stay calm, but I know what I’m doing and I know my kids are ready, as they know what I expect of them,” she said.

Pittsfield High junior violinist Geivins Dextra wants his teacher to go out with a flawless concert. “I’m a little bit nervous, but I think we’ll do well,” he said.

Zernitskaya was 32 when she, her husband, their two sons and parents emigrated from Minsk, Belarus, landing in eastern Massachusetts in 1989 before settling in the Berkshires in 1990. Her family was one of the first groups of refugee Jews from the former Soviet Union who came to Pittsfield with the help of the Jewish Federation of the Berkshires.

Before emigrating, she worked as a violin instructor at the pre-college division for gifted students of the Belorussian State Conservatory.

“As a professional musician back in Minsk, I saw the need for establishing a good music program in public schools. My vision was to create a program where young musicians could thrive and explore their talents,” she said.

Zernitskaya is well-traveled, having participated in international workshops in Scotland, Austria, England, and throughout the U.S.

Her first local music job was at the Berkshire Music School, where she taught part-time for 20 years. In order to bolster her income, she took a full-time job in the radiology department at Berkshire Medical Center.

She also served as a faculty member at Simon’s Rock College of Bard in Great Barrington from 1990 to 1998.

Zernitskaya’s gig in the public schools began in 1993 teaching four students at Pittsfield High, a number that would gradually grow. This year, she has 23.

Over the years, she has been strict but caring of her students. “A lot of them call me ‘The Tough Russian,’ but they know I care and they appreciate what I want done,” she said.

Former Pittsfield High student Nathan Cracolici, who will be playing the viola with the orchestra Thursday, values what Zernitskaya has offered as a mentor.

“The standard and discipline she holds us to you can’t find anywhere, especially in high school. She cares about the success of everyone she teaches,” said Cracolici, 19, a sophomore at Manhattan College in New York City.

Zernitskaya says she has been blessed to work with so many talented students. “We have so much talent in the schools. I have three doing solos on Thursday, two violinists and one bass player, Joseph Weinberg, and he’s going to Juilliard,” she said.

The success she’s seen as a teacher would not have been possible, Zernitskaya says, if not for the dedication of students and their parents — including a willingness to get to a 6:30 a.m. class.

“If the students aren’t dedicated, there is no reason to be in my classes. They enjoy playing together and I don’t have to worry about discipling them. They are very respectful,” she said.

Dextra, the Pittsfield High junior, says he will miss Zernitskaya, who he calls “my favorite teacher.”

“She not only has taught me the violin, she has taught life lessons. She focused on what I needed to do and she focused on discipline which has helped me with my school work,” he said.