PITTSFIELD — The current network of bikeable roads is a series of disconnected islands, city officials say, cut off from one another by high-speed and high-traffic roadways like North and Tyler streets. 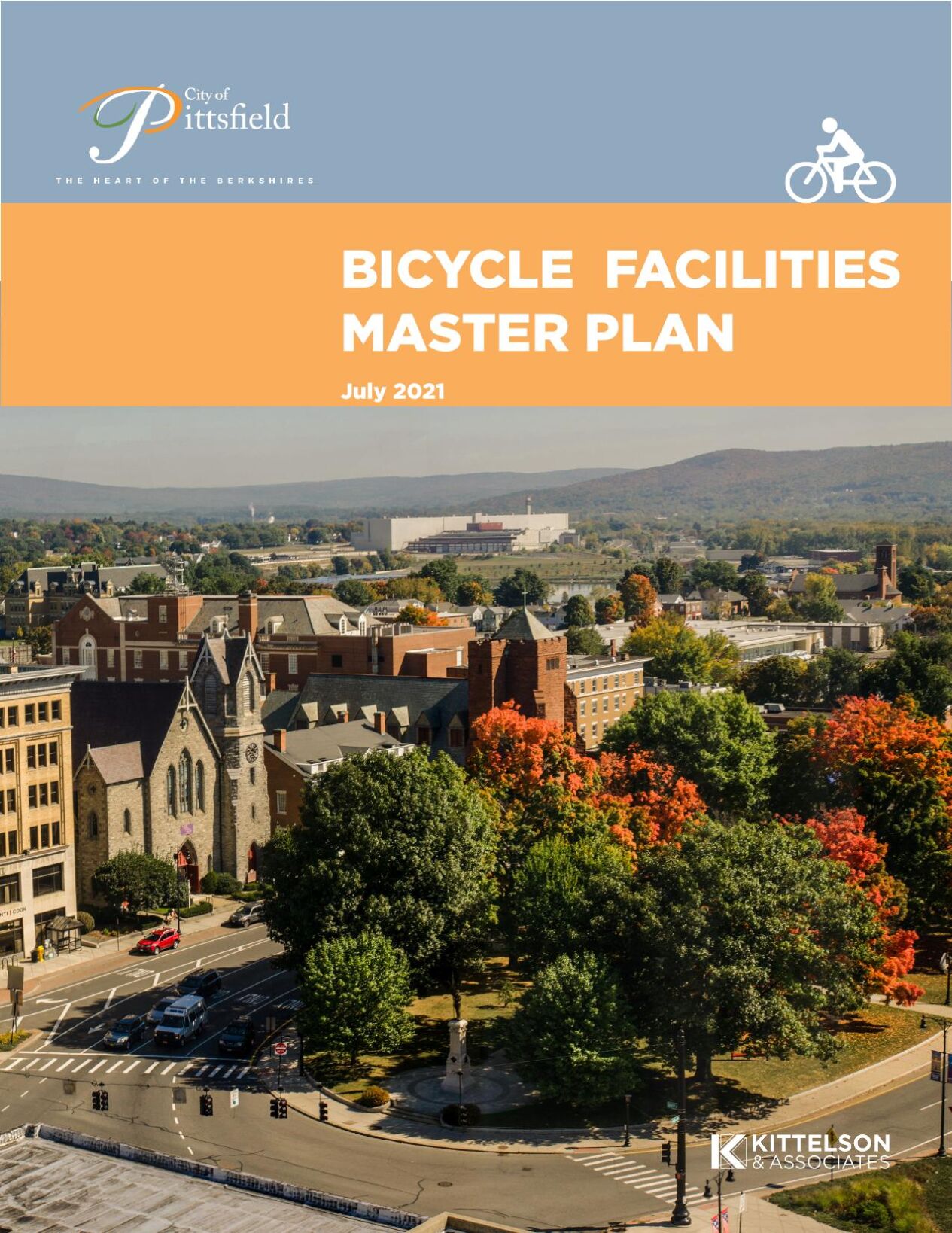 To fix this and make the city safer for bikers and pedestrians, the city has proposed a new network of bike “facilities” — painted bike lanes, signs and flex poles among them — covering 90 miles of roads in the newly unveiled Bicycle Facilities Master Plan.

“We’re moving quickly from planning to implementation,” said Commissioner of Public Utilities Ricardo Morales. “One of the goals was to be nimble and move as quickly as possible, in some cases as cheaply as possible.”

During a Zoom presentation Monday evening, Morales, a representative from the transportation consulting firm Kittleson and Associates and City Planner C.J. Hoss reviewed the 152-page plan that gives the city a road map for how to prioritize the future bike projects. Central to the plan is work on major thoroughfares like North Street.

While the bike lanes on North Street are just a small part of a larger effort toward bikeways in the city, officials recognized that discussions about that project have taken up most of the air in the local conversation.

Bike lanes appeared on the thoroughfare in October 2020, as the first step in the city’s attempt to calm traffic and improve bikeability. The lanes were funded through a $238,826 grant from the state’s Shared Streets and Spaces program.

The pilot program reduced North Street vehicle traffic to one lane between Park Square and Fenn Street to make way for the new bike lanes and repositioned parking spots. The lanes were reconfigured after residents voiced concerns over space within the lane for emergency vehicles and the traffic flow.

Hoss said he has heard a lot from residents who feel that since they haven't seen a wave of new bikers on North Street, the project must be a dud. But, Hoss said the city doesn't expect to see an increase in biking along the street until safety is improved throughout the larger connecting streets.

The plan envisions a city in which people would be able to comfortably bike from their homes to downtown restaurants and shopping and their employers throughout the city.

The traffic pattern on North Street in Pittsfield has been adjusted again for the use and safety of bicycles.

Goals for the project are twofold; Hoss said that the bike additions serve not only to improve bikeability, but also to “calm” traffic on some of the city’s more dangerous roads.

“When you look at Tyler Street, when you look at North Street, it’s much more than just the bike lanes,” Hoss said. “Those two examples are parts of the city where we want traffic calming. People drive at excessive speeds on both those corridors.”

The city hired Kittleson and Associates to oversee the creation of the plan.

Kittleson’s analysis of the city’s existing traffic system found that from 2016 to 2020, there were 77 crashes involving either pedestrians or cyclists. The accidents, which were concentrated along Dalton Avenue, and North, South, First and Elm streets, resulted in 69 injuries and two fatalities.

“We want to make these more-friendlier corridors for everyone,” Hoss said.

Hoss and Morales said that the city plans to go for the “low-hanging fruit” first, tackling the painting of new bike lane lines as the city does other routine roadwork.

Of the 90 miles of roads and trails proposed for projects, 31 miles come with a recommendation for dedicated bike lanes and separated or buffered bike lanes — the kind of lanes on high-traffic roads that have a striped buffer or physical barrier, like flex poles.

“I think in the near term, in the next few years you’ll start seeing more and more bike lanes in the city,” Hoss said. He estimated that for the more involved projects that might require additional land acquisition, a 10-year timeline is more realistic.

“To see that citywide and more protective infrastructure, that’s something that we’re looking a bit further out to do,” Hoss said.

By Kittleson’s analysis, most of the city’s streets already are bike friendly. The firm conducted a traffic study that gave each street a rating based on whether it was low stress or high stress for bikers.

“If we can prioritize developing high-quality, separated bike facilities on those high-stress corridors, we will be able to unlock the existing low-stress network to create a citywide network,” said Aditya Inamdar, a project manager for Kittleson.

The plan has been almost a year in the making and it has been shaped, in part, by the city’s experience with adding bike lanes to North Street.

Morales said that the current work to reconfigure the lanes on North Street makes the lanes more permanent and is a sign of the direction the city is moving in with making transportation options more diverse for residents.

“[North Street] feels like and looks like less of a pilot program and more like a permanent feature that we can now have people use safely and evaluate,” Morales said.

PITTSFIELD — The Berkshire Bike Path Council will lead a ride up North Street on Sept. 16 as part of a monthlong campaign for bike safety.

Construction on Elm Street in Pittsfield is slowing traffic, and city officials like it that way

Did you see the traffic barrels? Construction crews are increasing the pedestrian and bike spaces on Elm Street in Pittsfield, in an effort to curb risky behavior by drivers, according to one city official.

Commissioner of Public Services and Utilities Ricardo Morales said his department is studying traffic patterns, biking patterns, and car and pedestrian accidents and will be ready to present its findings in a presentation to the City Council at the end of the spring.