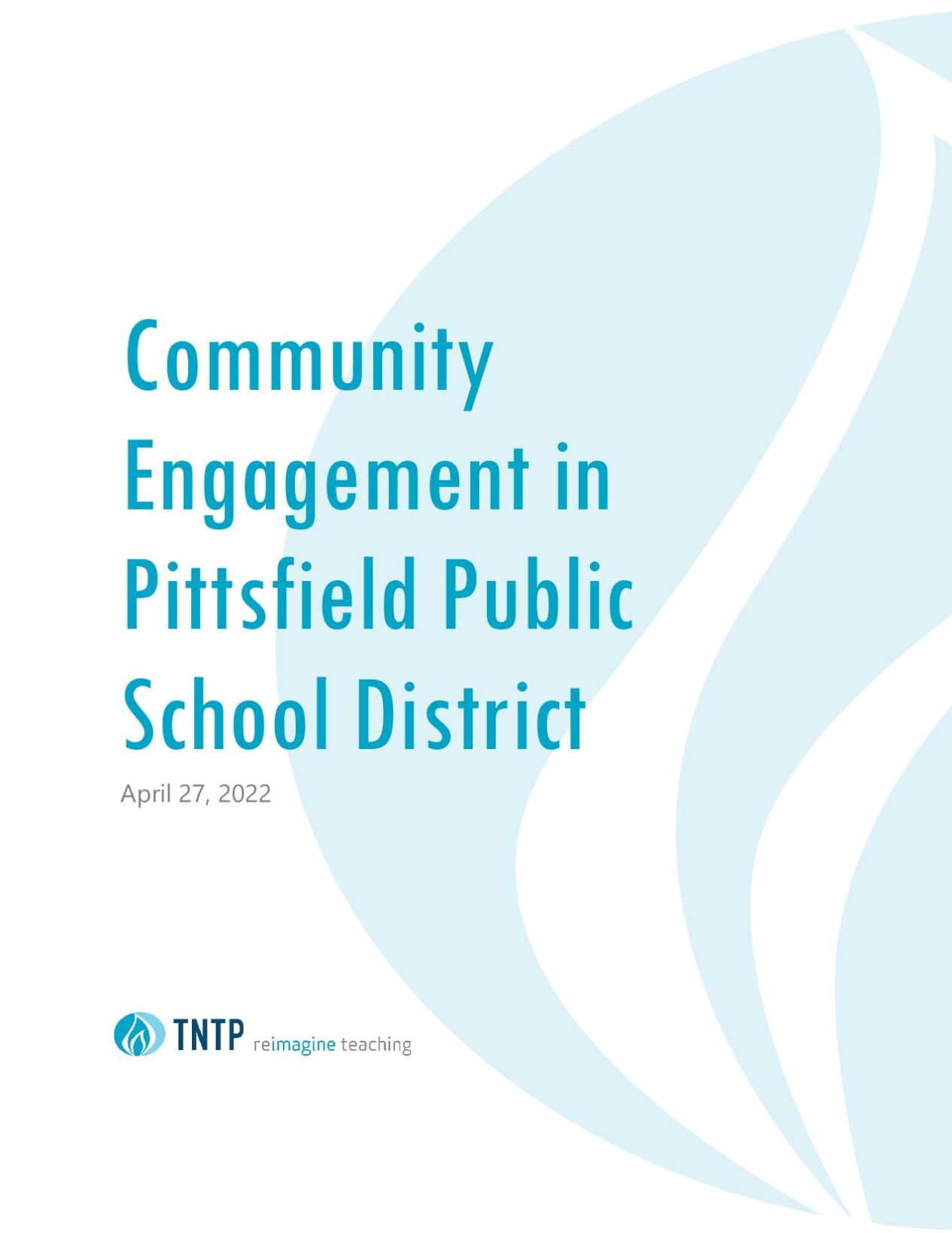 The study found that views on the use of officers inside schools “appear to be most negative among historically marginalized communities.” The researchers stopped short of recommending the district honor these opinions over those of a largely white majority who generally support the use of resource officers. The report also noted that students of color, male students and low-income students are over-represented in school discipline data.

Superintendent Joseph Curtis promised Wednesday, with the School Committee’s backing, to launch a school safety task force that will pick up where that study left off — and find a way forward, given what the district now knows about the divide on school safety.

For the time being, a resource officer will remain. Curtis told the committee the district will continue to work with the Pittsfield Police Department under a memorandum of understanding. That agreement has no expiration date and the district’s one active SRO remains on duty at the two middle schools and high schools.

The consultants said Pittsfield should create a school safety task force. It was one of their only recommendations. They advised enlisting former and current students, teachers, adjustment counselors and members of community organizations.

Curtis said that over the summer he will invite people fitting that description to join the task force and work with no end date.

“This is is a priority that we will stay focused on, regardless of whether we have a report to react to or not,” Mayor Linda Tyer said. Continuing that conversation, she said, is going to be “essential to reassuring the community.”

Last year, the district hired TNTP to look into school safety in the city’s middle and high schools.

At the time, the district was in the middle of a debate over whether it should continue to use school resource officers — or increase the number of officers in upper level schools. Curtis decided to find surveyors able to go beyond a simple yes or no and get at the heart of what the community wanted and needed.

The School Committee voted 5-2 in September to pause discussion of the issue until the study was completed. When Curtis came back with results May 18, he warned of that “complicated picture.”

“This presentation leaves me more with discomfort than a sense of fulfillment or clarity on next steps,” Curtis told the committee members. “If you’re looking for — I’ll put it in quotes — the ‘right decision,’ there is none.”

They paired these efforts with public forums cohosted with groups like the Berkshire Interfaith Organization, Latinas 413 and the Berkshire County branch of the NAACP.

The report delivered what committee members called troubling findings on bullying in schools. It found that 79 percent of surveyed families and 95 percent of staff had concerns about bullying.

Black families reported some of the greatest concern about bullying, with 87 percent saying they were worried about in-person bullying. Ninety percent said they were concerned with bullying via social media.

“Bullying has and continues to be an issue,” Dan Elias, a School Committee member, said during the May presentation. “I think it’s a cancer on our school system. We do a great job in a number of areas, we can do better on this.”

Muddying the data on bullying was TNTP’s next finding: Only about half of students are concerned about bullying — via social media or otherwise.

Committee members questioned whether families and staff members had a more expansive definition of bullying than students, or whether students were desensitized to behaviors that worry adults.

The report shows that discipline of students continues to fall heavier on some groups than others.

Participants who spoke during the webinar said that officers may have their place in the larger community, but the tools of the police department don't match with a supportive school environment.

When TNTP asked students how they felt, 47 percent agreed — somewhat or strongly — that SROs prevent violence and 51 percent said they’d feel safe with an SRO on campus.

But about 41 percent of Black students and 47 percent of multi-racial students reported feeling safe with an SRO on campus.

“We are potentially making assumptions about what’s happening in schools and what feels unsafe, rather than really looking at how the students feel about it,” committee member Alison McGee said in May.

Deputy Superintendent Marisa Mendonsa said the report presented a complicated picture of school safety. She said that is because it is a complicated task to highlight the voices of those most impacted by these policy decisions.

“Right now in our country, organizations like TNTP [and] school districts are struggling with how to bring marginalized voices to the table in a way in which their smaller percentage is not reduced to a smaller percentage,” Mendonsa said.

In the wake of the mass shooting last month at a Texas elementary school, a team of Eagle reporters recently spoke with district leaders from around the Berkshires to see what they are doing to protect students from violent intruders.

The absence of a school resource officer at a recent fight in Taconic High School has led to further questions about the role, responsibilities and usefulness of officers in schools. Here is a breakdown on the ins and outs of the school policing program.