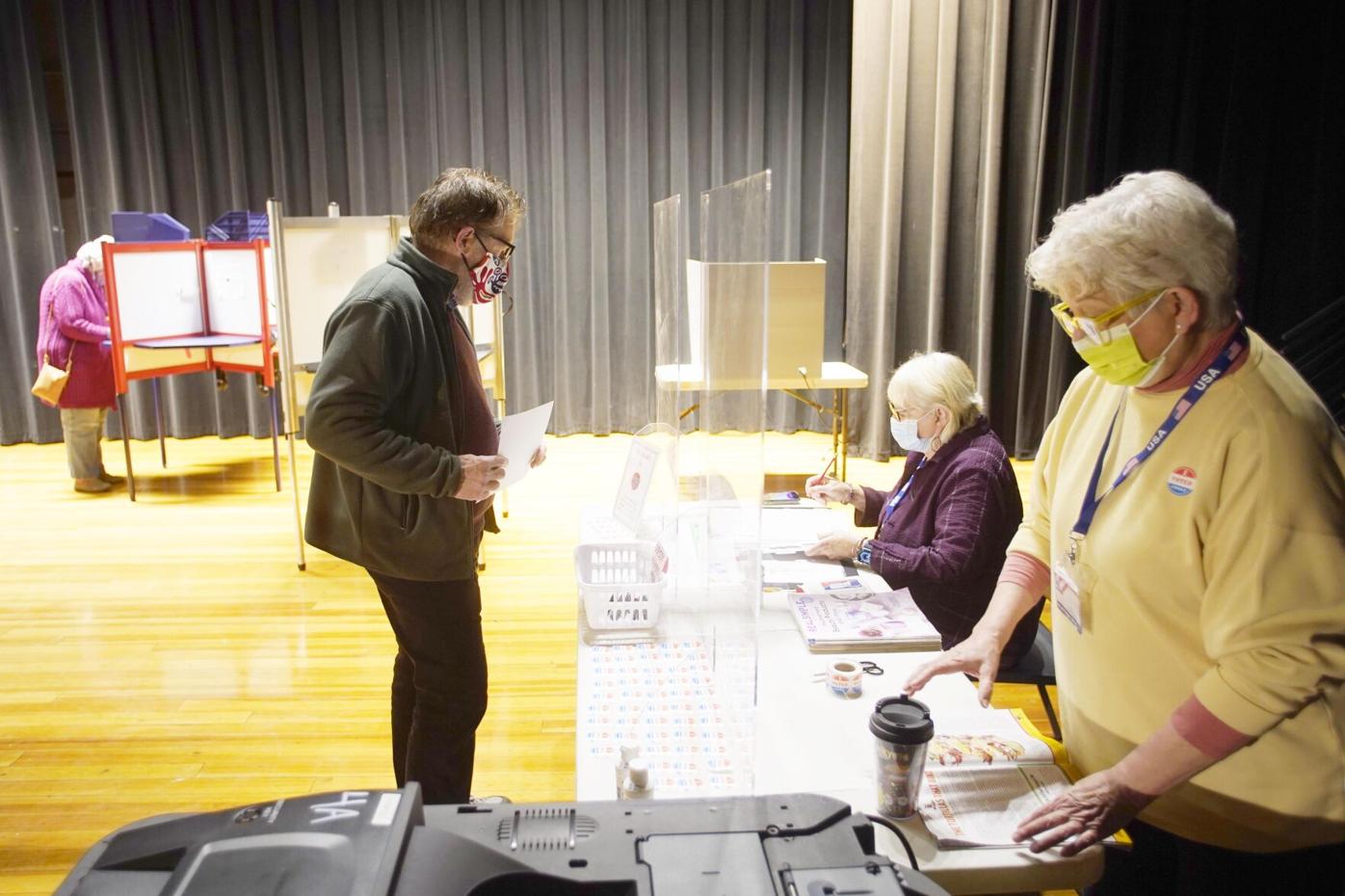 Franz Forster turns in his ballot on the school stage at Herberg Middle School. 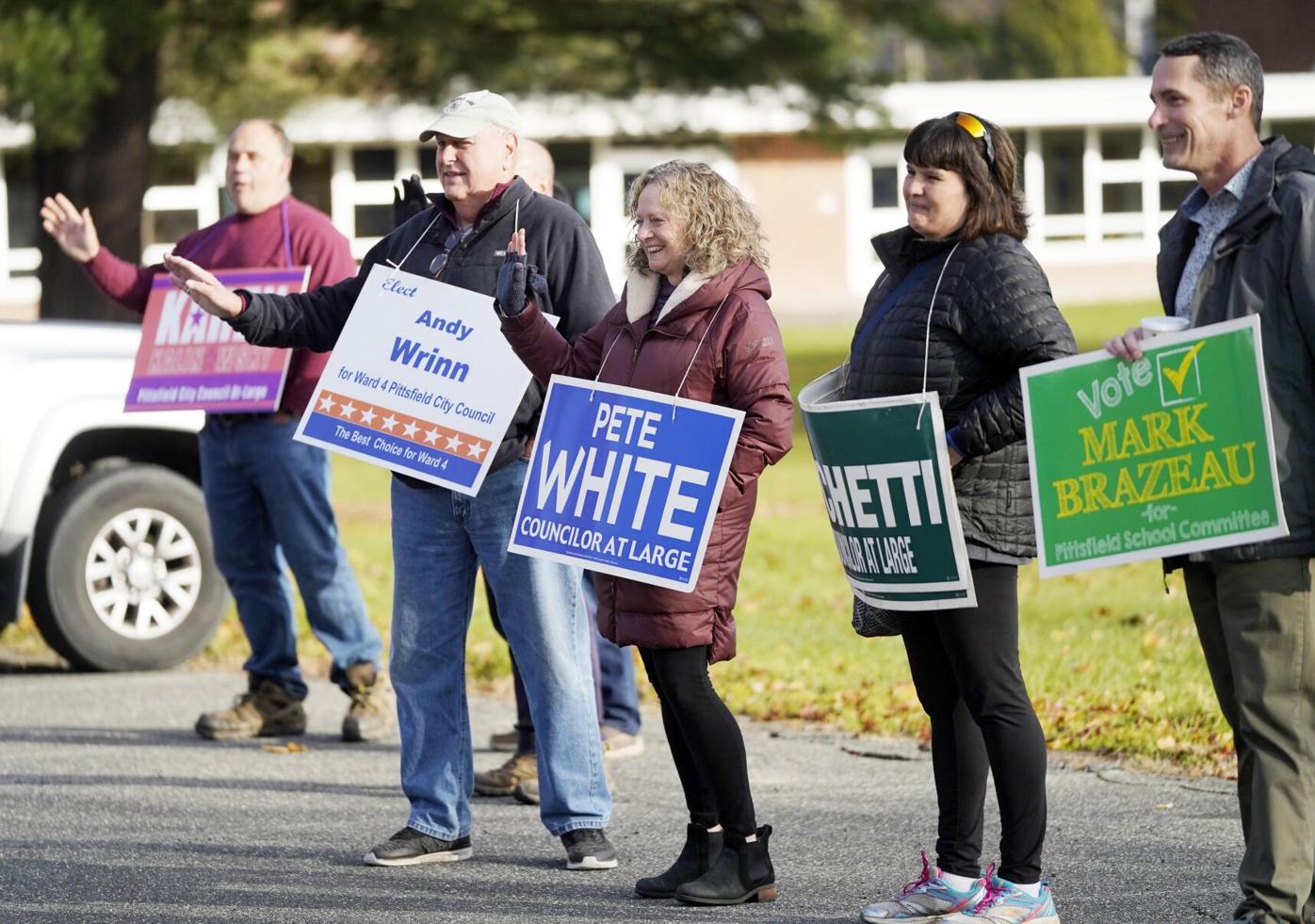 Candidates are represented Tuesday by supporters outside Ward 4A at Herberg Middle School in Pittsfield. 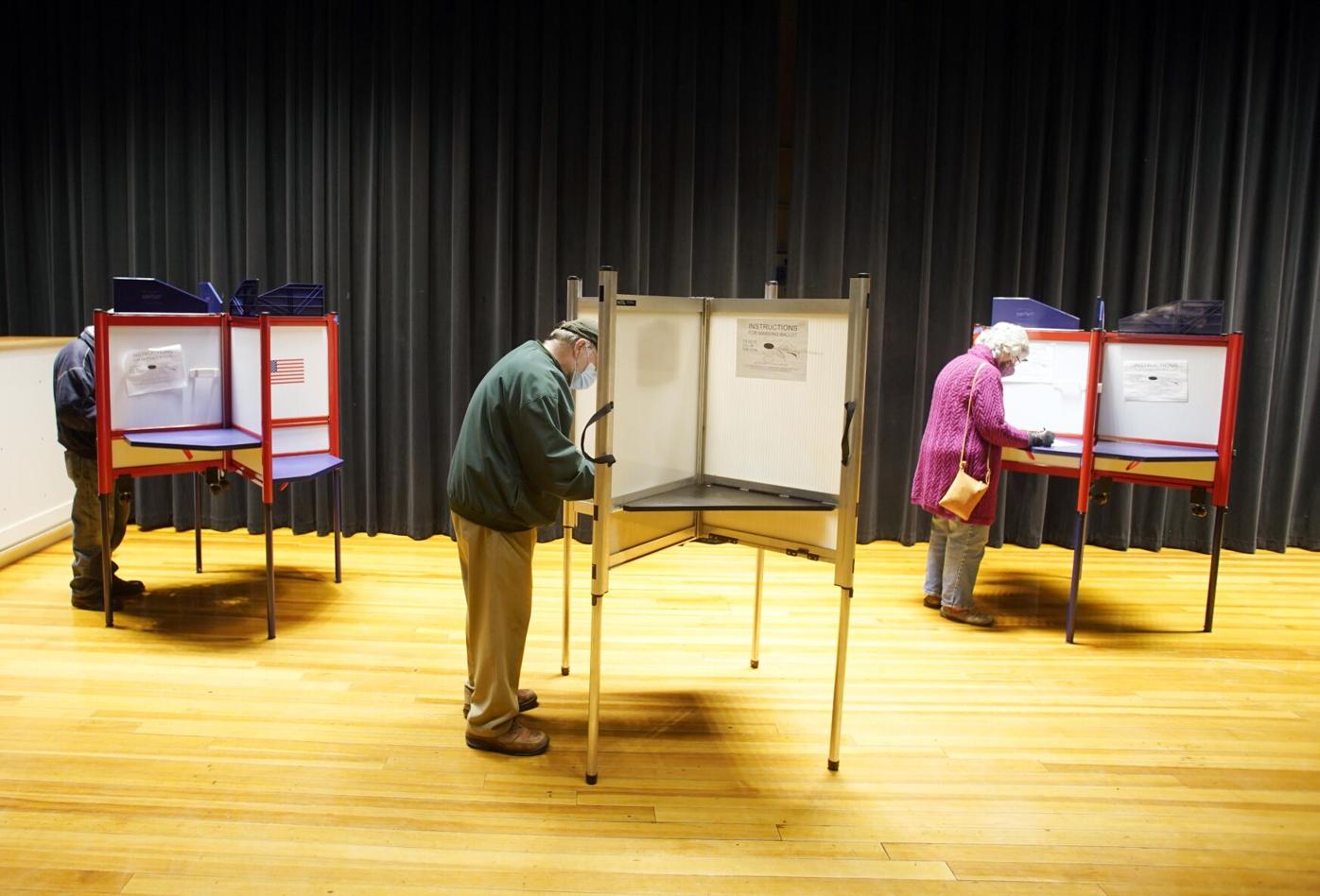 The voters in Ward 4A cast ballots on the school stage at Herberg Middle School.

Franz Forster turns in his ballot on the school stage at Herberg Middle School.

Candidates are represented Tuesday by supporters outside Ward 4A at Herberg Middle School in Pittsfield.

The voters in Ward 4A cast ballots on the school stage at Herberg Middle School.

Cohen had faced criticism for several very public coronavirus safety violations at her Methuselah Bar and Lounge restaurant earlier in the pandemic. She had hoped that the city's decision to overturn one set of coronavirus fines and her focus on affordable housing would win her another term.

"Congratulations to all who were elected," Cohen wrote in a statement on Facebook late Tuesday night. "I thank you for the opportunity and look forward to keep building this city in a different capacity."

Kalinowsky, a retired police officer and school resource officer and former candidate for mayor, won a seat on the council after championing greater transparency in city business.

Ken Warren will take over the seat of Ward 1 Councilor Helen Moon, who announced in May that she would not seek election to a third term. Warren beat political newcomer Andrea Wilson to win the ward seat.

The Ward 2 race solidly was won by Charles Kronick, who ran against Matthew Kudlate. Early results from the 2B precinct appeared to put the candidates within a 10-vote margin, but the 2A precinct ultimately chose Kronick out of the two businessmen. Kronick will replace Kevin Morandi, who chose not to run for reelection.

James Conant, the chair of the Conservation Commission, will be the next Ward 4 councilor as longtime representative Chris Connell steps back from his role on the City Council. Conant beat retired firefighter Andrew Wrinn for the seat.

Ward 6 Councilor Dina Lampiasi, the only incumbent to face a challenger this election, beat Ed Carmel by a sizable margin. Carmel, a member of the city's Homelessness Advisory Committee and Pittsfield Housing Authority Board of Commissioners, previously had challenged Lampiasi for the seat.

Traffic at the polls was predictably light given there was no mayoral contest on the ballot.

Ward 4 residents Mark and Marie Matthews said they can remember lines wrapping around and filling the Herberg Middle School auditorium that has been their polling place for countless elections. This year, the Matthews' said, "it's a sparse crowd, unfortunately."

Dick Marchetto, holding a sign for at large candidate Craig Benoit at the Ward 2A precinct at Morningside Community School, said he's focused on safety of another kind this election cycle.

"Definitely police protection in the neighborhoods," Marchetto said. "To me safety is one of the first things I would be concerned with."

Joe Cimini, a sign holder for Marchetti, said that candidates' stances on the streetscaping on North Street and Tyler Street and the bike lanes were impacting his vote as well as safety.

Ann Brennan said her finished ballot was "pretty much incumbents."

With Election Day on Tuesday, voting has begun in Pittsfield. The Eagle sent all candidates a questionnaire about their positions, priorities …

With Election Day on Tuesday, voting has begun for the Pittsfield School Committee. The top 6 vote-getters earn a seat. The Eagle sent the can…

Candidate for the four at large City Council seats met in a Wednesday night debate to discuss the city's school district, economic future, climate change and government accountability just one month before the election.

As Mayor Linda Tyer enters into the last two years of her second term, several of the new City Councilors could make impacts on Tyer's plans for Pittsfield. This week, we're looking back to give you insight on the new faces that will be joining the council in January.

The location change from City Hall to the college theater was made in an effort to make the in-person event more COVID-safe as the omicron variant continues to move through the community and country.