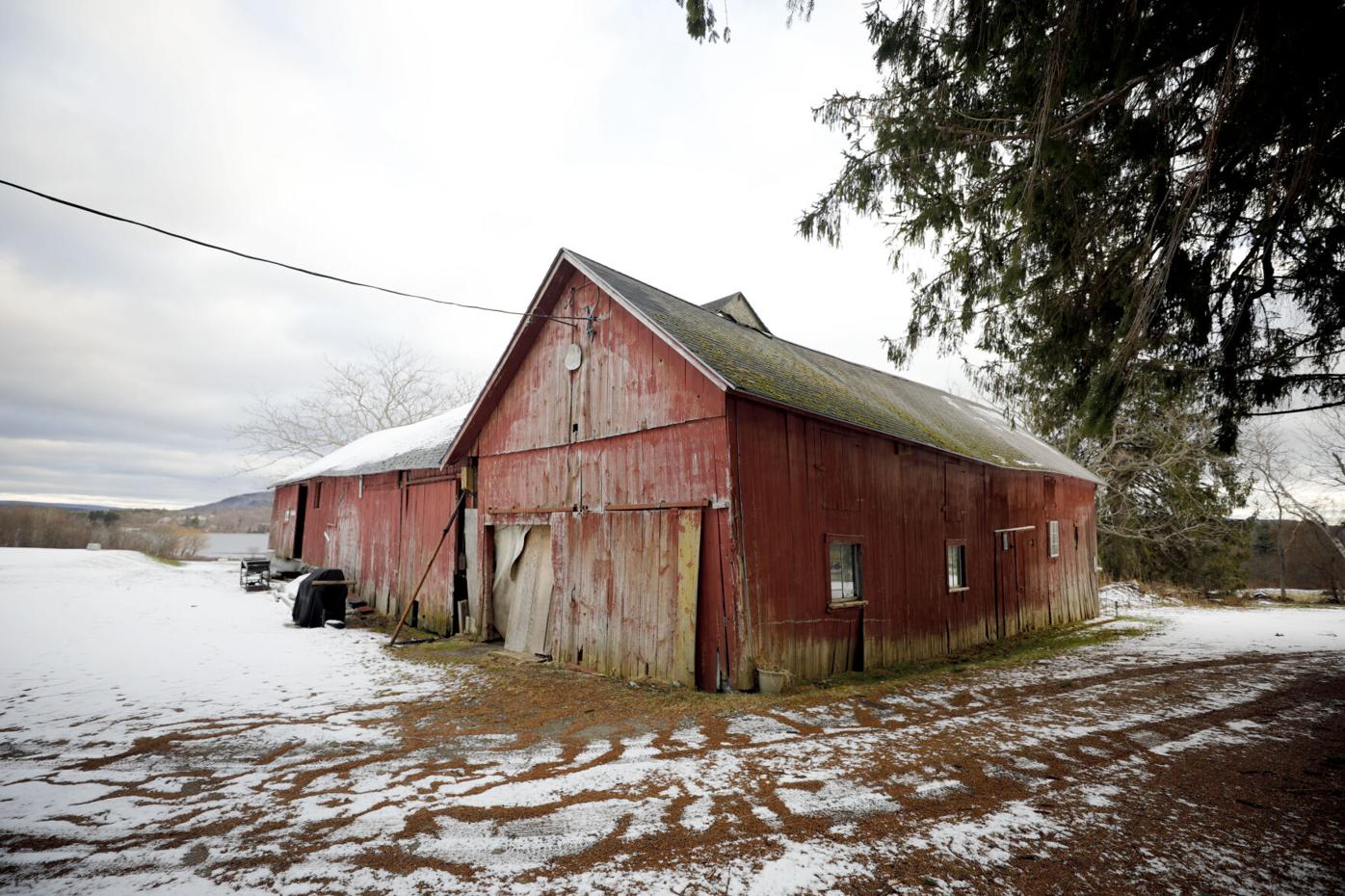 The renovated barn under construction at Balderdash Cellars in Richmond can host interior amplified music, behind closed doors, from 9 a.m. to 11 p.m., seven days a week, the Select Board has ruled. Still, its final revised permit rules out the use of drums, bass guitars, electric guitars and horns at any time, and limits exterior amplified music to Thursday through Sunday, from 10 a.m. to 8 p.m. 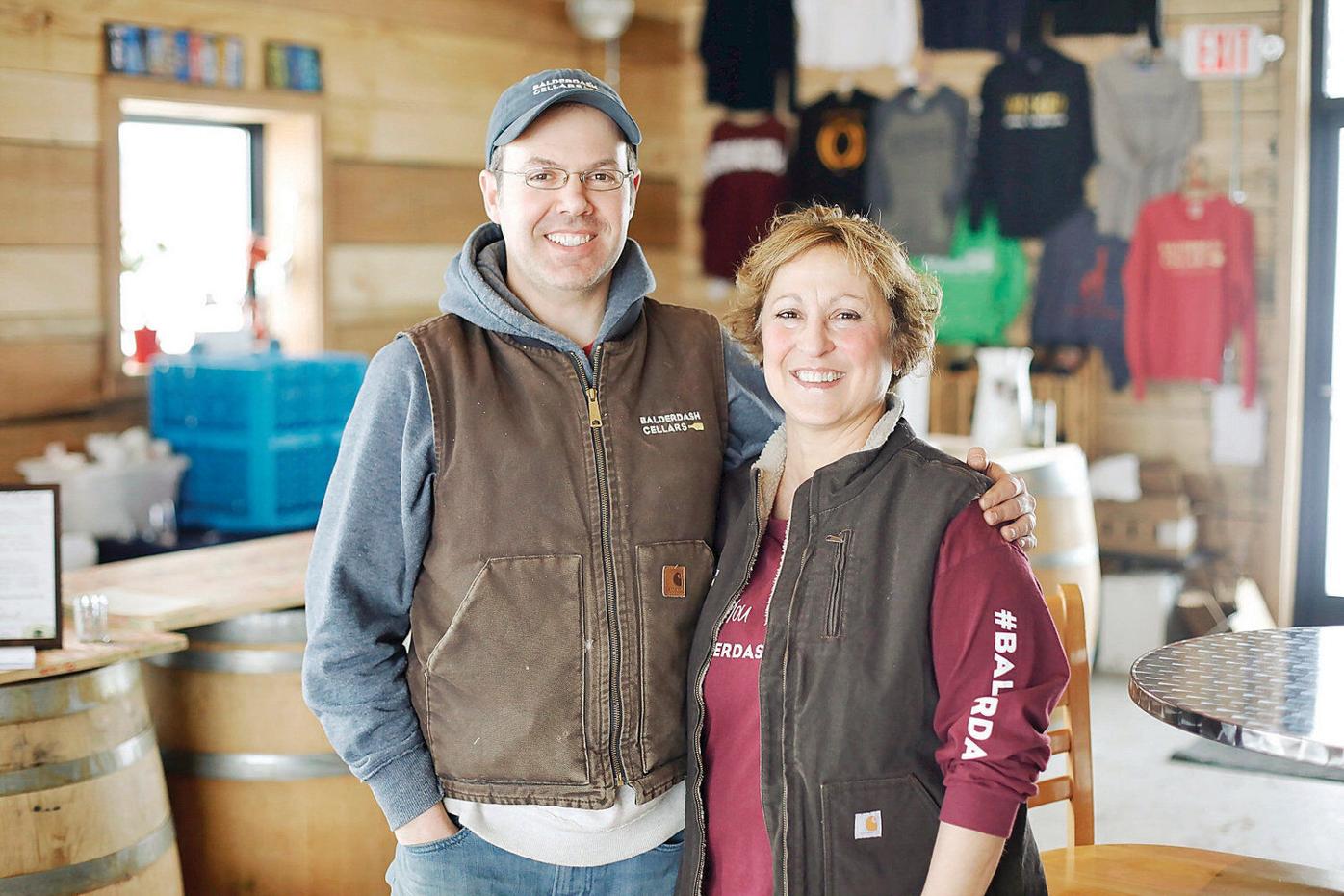 The renovated barn under construction at Balderdash Cellars in Richmond can host interior amplified music, behind closed doors, from 9 a.m. to 11 p.m., seven days a week, the Select Board has ruled. Still, its final revised permit rules out the use of drums, bass guitars, electric guitars and horns at any time, and limits exterior amplified music to Thursday through Sunday, from 10 a.m. to 8 p.m.

RICHMOND — Four neighbors near the Balderdash Cellars farm property have sued the town, its three Select Board members and the winery’s owners in an effort to overturn a special permit amendment granting permission for events with live music on certain days, at certain times, with noise restrictions for outdoor amplified performances.

The complaint, first filed at Berkshire Superior Court in late March and revised this month, calls the amended Select Board decision “arbitrary and capricious, erroneous and in excess of the Board of Selectmen’s authority.”

The civil lawsuit asks the court to bar Balderdash, on State Road (Route 41), from holding any farm functions involving music. The neighbors also seek a requirement that the building inspector “monitor and enforce the sound levels generated by any farm function activities.”

The group demands that the Select Board’s decision be annulled and that a court order declare the board’s amended special permit unlawful. The neighbors also seek payment of their legal and court expenses.

The complaint also proposes an alternative solution: a further modification of the Select Board’s special permit requiring the construction of sound barriers at the winery with a timeline for completion of the installation.

The neighborhood members, who referred The Eagle to their legal counsel for further information, are represented by attorney James Martin of Robinson Donovan in Springfield. Martin did not respond to multiple messages seeking comment.

Attorney Alexandra Glover of Lazan Glover & Puciloski in Great Barrington, representing the Hansons and their companies, told The Eagle that state law required the Richmond Shores plaintiffs to include the special permit holder in the complaint, but they had failed to do so when the lawsuit was first filed.

“The failure to include the applicant would deprive Mr. Hanson and the winery of the ability to defend the permit,” Glover stated.

“Balderdash is operating under the permit issued by the Select Board, and thus its winery and ‘farm functions’ may and will move forward without interruption, regardless of the lawsuit,” she asserted. “Balderdash is looking forward to the upcoming year.”

Representing the town, attorney Elisabeth C. Goodman, a partner at Cain Hibbard & Myers in Pittsfield, told The Eagle that “the Board of Selectmen, after numerous hearings, issued a detailed special permit decision with conditions for the operation of farm events at Balderdash. The board undertook to hire a noise expert and incorporated recommendations from the expert into its decision, including requiring the landowner to install a large sound curtain.”

“Four residents sued to annul this decision or in the alternative have the decision amended to require ‘the erecting of sound barriers at the Property…’ which the Select Board in fact included in the permit,” Goodman stated. “It is not clear what the plaintiffs wanted to accomplish by filing this lawsuit, but now that will have to be determined by the court.”

In their complaint, the neighbors state that they have been harmed by the Select Board’s approval of the special permit because “it deprives them of the quiet enjoyment of their properties and enables conduct and activities that generate excessive noise.”

The court appeal asserts that the long-time residents of the Richmond Shores neighborhood enjoyed peace and quiet until Berkshire Winery LLC (the corporate name for Balderdash Cellars) purchased 2.5 acres at 79 State Road, owned by Primadonna LLC, and nearly 21 acres at 81 State Road, owned by Christian and Donna Hanson.

The lawsuit traces the lengthy series of town board meetings on the winery’s plans, starting with a May 2018 Planning Board meeting that included a legal memo from Cain Hibbard & Myers interpreting the town’s bylaw as allowing a winery as an agricultural use, but not allowing the hosting of outdoor events.

According to the complaint, Christian Hanson told the board at that meeting that his business plan included up to 35 weddings and other events per year.

Then, the lawsuit alleges, the Planning Board worked on a bylaw change that would allow various events and concerts as “farm functions” providing additional income “to promote the sustainability of farming, enhance our community and preserve open space.”

However, the neighborhood group contends that Balderdash does not meet the Richmond town bylaw’s definition of a farm because the grapes it uses to make wine are imported from California.

The bylaw definition includes “parcels of land or waterbodies used exclusively for agricultural growing, harvesting, cultivation and production” as well as cultivation of soil, dairying, lumbering, raising of livestock, keeping of horses, poultry and other animals.

Hanson told The Eagle that adjoining parcels of land he and his wife own grow pumpkins, squash, grapes and other products. Combined with the Balderdash winery, the properties add up to more than the 15 acres of farmland required by the town’s bylaw.

He also stated that since the winery processes grapes, that activity is covered by the town’s right-to-farm general bylaw allowing the processing of agricultural products.

The complaint asserts that after the Select Board granted Balderdash a special permit in July 2019 allowing farm functions, the events held there involved “loud music and large crowds and have interfered with the plaintiffs’ right to quiet enjoyment of their homes.”

The neighbors also allege that the original noise-control conditions for the special permit approved by the Select Board are “so vague in their terms as to be unenforceable and have not abated the noise coming from the property during events.”

Glover, the attorney for the Hansons, stated that “without commenting on the merits of the lawsuit, I would again say that the town went the extra mile to protect the abutters here.”

“The town retained an acoustic engineer who produced a comprehensive report after testing the acoustics on site,” Glover pointed out. “The result of the testing was actually positive for Balderdash. However, the town adopted, and my client agreed to, virtually all of the engineer’s recommended actions and restrictions. The town imposed those restrictions as conditions of the permit.”

According to Glover, “since the lawsuit was filed before the new conditions were implemented, it seems premature for the plaintiffs to take issue with sound that they believe they used to hear in the past.”

The special permit’s final revision approved by the Select Board on Feb. 24 rules out the use of drums, bass guitars, electric guitars and horns at any time, and limits exterior amplified music to Thursday through Sunday from 10 a.m. to 8 p.m.

Noise-limiting guidelines included in the revised permit include the installation of sound-baffling “acoustical curtains” at the bandstand. Hanson pointed out that the sound barriers are available for immediate installation. Any events for this summer booked by Balderdash, including two indoor weddings, can go forward, he added.

The revised permit also states that a renovated barn can host interior amplified music, behind closed doors, from 9 a.m. to 11 p.m., seven days a week. That project is expected to be completed in spring 2022, Hanson said.

Four neighbors near Balderdash Cellars are suing the town, its three Select Board members and the winery's owners in an effort to overturn a s…

Berkshire Superior Court Judge Michael Callan set an Oct. 14 date to schedule a bench trial on the suit by four Richmond Shores residents against the town and the Route 41 winery owners to stop the music that they find disturbing to their peace and quiet.

The Richmond farm that holds private and public events with music can now pour spirits distilled off-premises, in addition to beer and wine. A lawsuit by four neighbors seeking to shut down events with music is pending in Berkshire Superior Court.