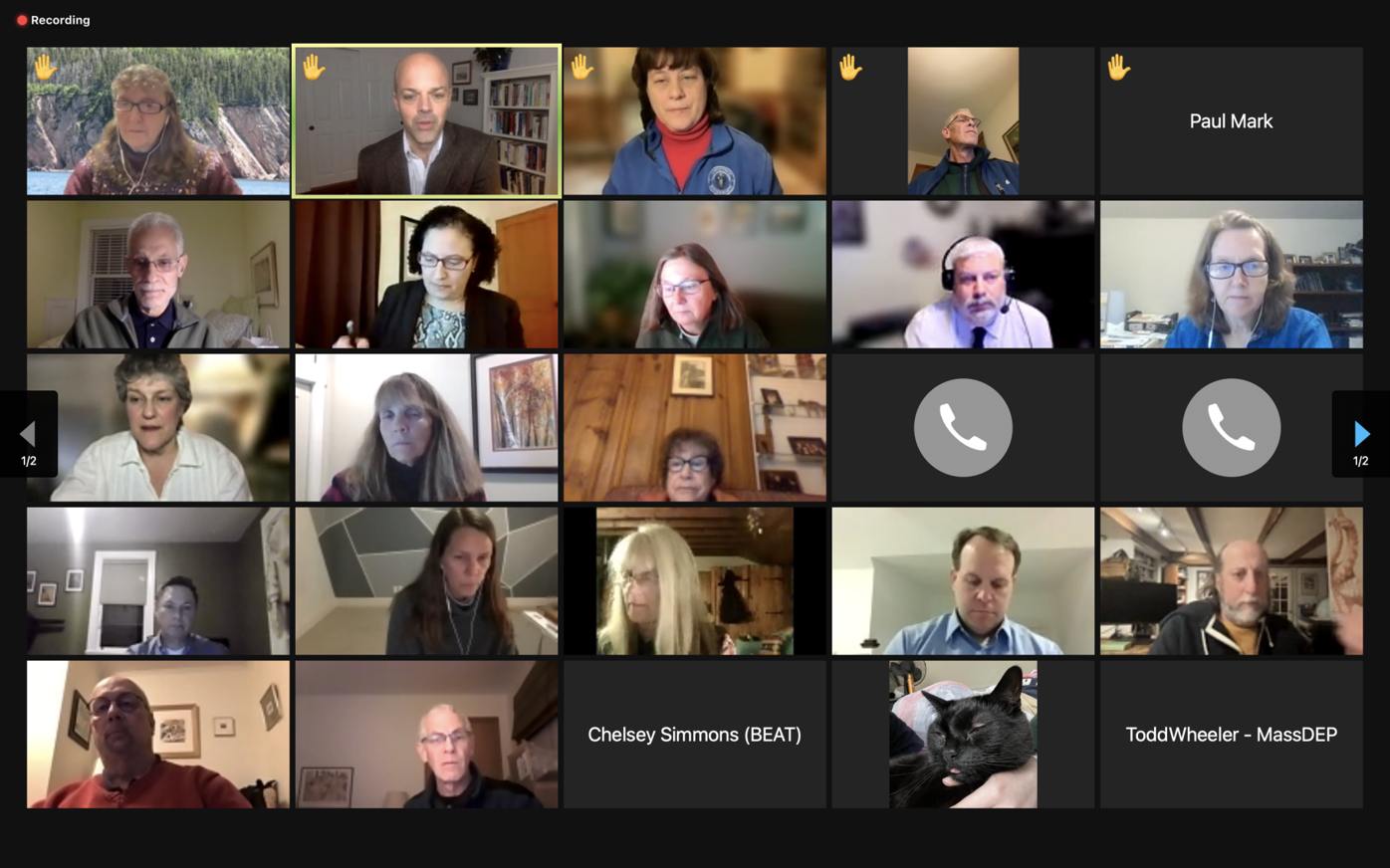 More than 30 residents, environmentalists and local politicians gathered virtually Tuesday and endured almost an hour of Zoom bombing to voice their opposition to the renewal of a permit for a local "peaker" power plant in Pittsfield. 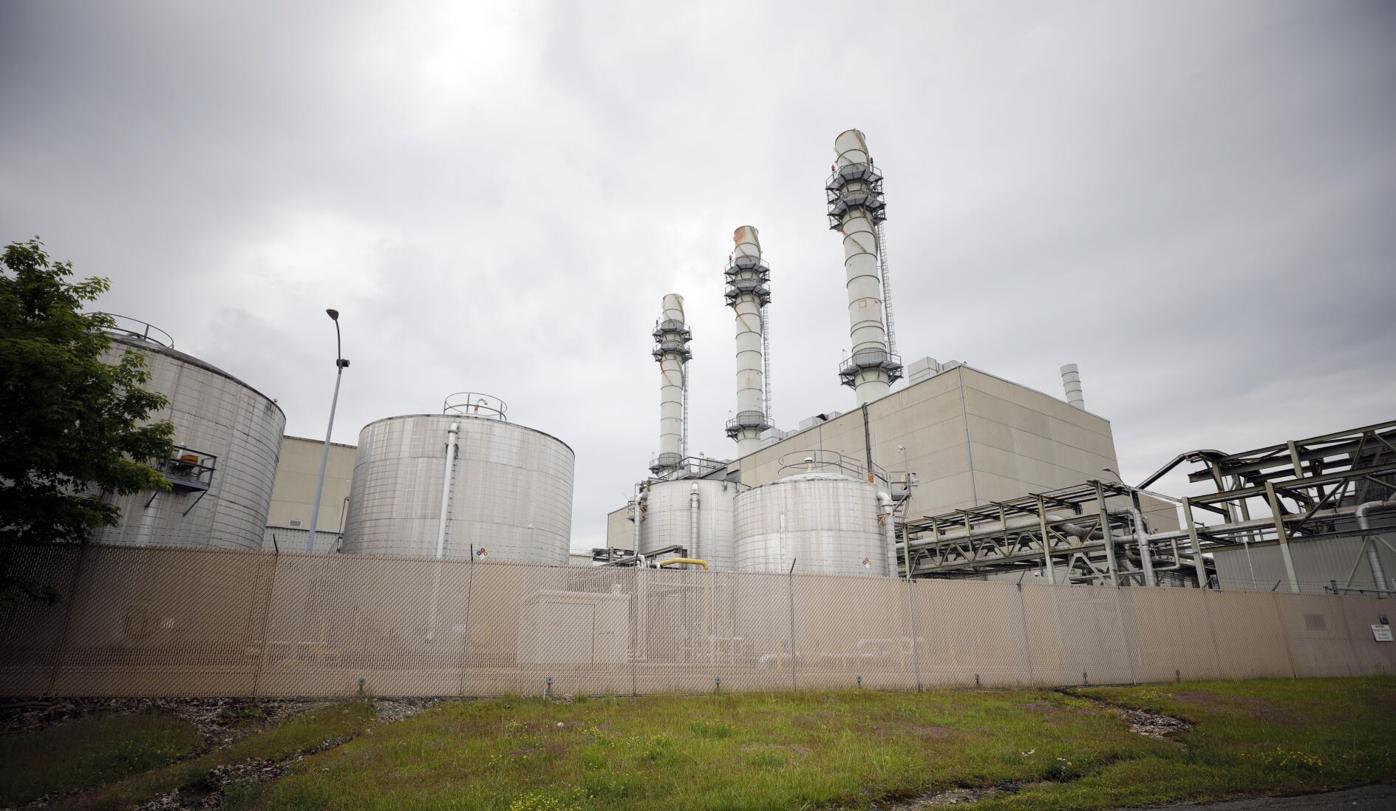 The Berkshire Environmental Action Team is among the groups pressing Hull Street Energy, which owns Pittsfield Generating, the gas-fired power plant at 235 Merrill Road, to switch to clean energy or be taken offline.

More than 30 residents, environmentalists and local politicians gathered virtually Tuesday and endured almost an hour of Zoom bombing to voice their opposition to the renewal of a permit for a local "peaker" power plant in Pittsfield.

The Berkshire Environmental Action Team is among the groups pressing Hull Street Energy, which owns Pittsfield Generating, the gas-fired power plant at 235 Merrill Road, to switch to clean energy or be taken offline.

PITTSFIELD — Public testimony from residents and environmentalists during a Tuesday night virtual hearing equally reprimanded the operators of a local ”peaker plant” and the state’s Department of Environmental Protection for what they considered out of touch and overly lax emissions regulations.

“It appears the DEP regulations have not been designed to protect the environment by making sure that these higher polluting facilities be the first to close or transition to clean energy,” Jane Winn, the founding executive director of the Berkshire Environmental Action Team, said.

At issue is the air operating permit for Pittsfield Generating Company’s power plant on Merrill Road. These permits, which are issued by the state’s DEP, are reviewed every five years to insure that the facility is still meeting all state and federal rules around record keeping, facility monitoring and emission limits.

For more than a year, activists from groups like BEAT have waged a public information campaign to educate the public about the health risks that follow “peaker” plants and potential green energy alternatives.

When activists joined with local politicians and residents Tuesday night, they asked the DEP to do two things: deny the permit to the facility or issue a provisional permit that would require the facility switch from natural gas and oil to solar power and battery storage.

The hearing continued for almost an hour despite persistent Zoom bombings that blasted pornographic sounds and racist slurs into the hearing.

PITTSFIELD — With the air-quality permit for a Merrill Road power plant set to expire in October, several local groups want the plant’s owner …

Officials from the DEP cautioned the more than 30 people — including state Sen. Adam Hinds, D-Pittsfield, state Rep. Tricia Farley-Bouvier, D-Pittsfield, and state Rep. Paul Mark, D-Peru — who joined the hearing that the meeting wasn’t intended to add limitations or regulate emissions beyond state and federal limits.

“An air operating permit ... does not have any influence on a facility’s ability to continue operating,” Marc Simpson, air permit section chief for the DEP’s Western Regional Office, said.

Much of the comments during the hearing centered on the space current emission limits give power plants to continue “business as usual” despite Gov. Charlie Baker signing a roadmap for the state to achieve net zero emission by 2050 into law in March. The law would have the state reduce greenhouse gas emissions by half by 2030.

“This is the moment when we need to be acting as robustly as possible in redirecting our use of peaker plants and making sure that we’re doing everything we can to reduce our emission and standing up for environmental justice communities,” Hinds said.

When power most needed, 'peaker' polluters fire up in Berkshires. Should that continue?

Farley-Bouvier joined Hinds and Mark in asking the department to let them know what the department needed to incorporate the state’s new direction into permitting processes for facilities like Pittsfield Generating.

“If your response is ‘But the regulations say that we have to do it this way,’ then please let Representative Mark and Senator Hinds and I know what has to be changed in the regulations,” Farley-Bouvier said. “It would be our job to change the regulations to line up with the 2050 roadmap.”

The draft permit being considered by the state and the permit issued to Pittsfield Generating in 2016 are nearly identical. The overall emission limits for particulate matter, nitrogen oxides, carbon monoxide, volatile organic compounds and ammonia were unchanged from their 2016 levels while the emission limit for sulfur dioxide was dropped from 249 tons per year to 88 tons per year.

The facility, which is more than 30 years old, has violated state emission limits only once: in April of 2004, when the amount of nitrogen oxides released from the plant exceed state limited and resulted in a $5,750 fine.

“Taking down these peaker plants is literally — I’m not kidding you — the best bang for our buck in being able to reduce those emission,” Farley-Bouvier said. “Getting those peaker plants to convert to battery storage is more cost effective and — most importantly — the best thing we can do for our climate.”

Our Opinion: Zoom-bombing attacks democracy; we must do more to defuse it

A recent public hearing began the way that many do nowadays: local advocates and politicos joined an open video call with state officials to d…