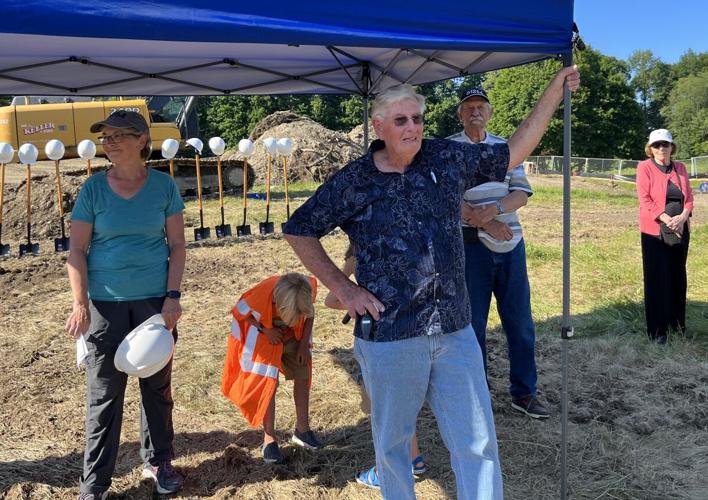 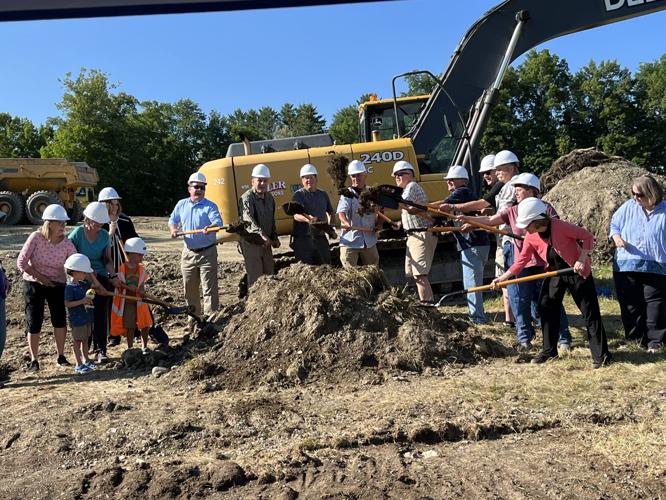 An artist's rendering depicts the new Town Hall and community center to be built on State Road in Richmond. A ground-breaking ceremony was held Wednesday. 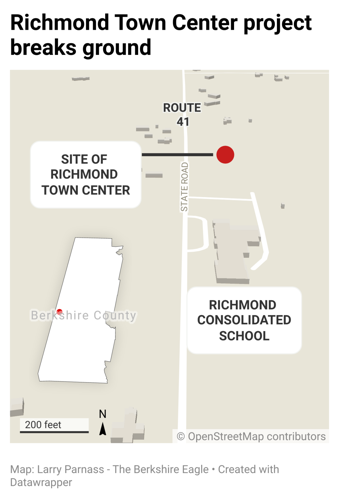 RICHMOND — Shovels are in the ground and construction is underway after town leaders celebrated the launch of Richmond’s biggest, most ambitious municipal project in more than 20 years.

A celebration Wednesday attracted more than 40 people to the site on land acquired by the town adjacent to the Richmond Consolidated School. The $6.2 million expansion and renovation of the K-8 school, launched in 2000, was the town’s previous big-ticket development.

“This is a really significant turning point,” Selectman Roger Manzolini declared. “We’ll finally have a town center we can be proud of, commensurate with our values and the people who support it. It’s really what we deserve and need.”

The complex is financed by long-term bonds and donations, and is expected to be completed by the end of 2023, said Pat Callahan, leader of the 13-member Municipal Building Committee that shepherded the development for four years. The accepted construction bid came in at $7.2 million, plus $800,000 for design and reserve funds. That total was 25 percent above last year’s estimate, requiring town voters to approve closing the gap.

“This is more than a 30-year venture for me and for the town,” said Manzolini, first elected to the board in 1996. “The complexion of the town has changed significantly.”

Manzolini noted “an influx of retirees from far and near, and that’s changed the complexion of the town for the better.”

He called the project “a turning point for the town,” suggesting that “where’s Richmond?” queries will be answered by saying, “It’s at the Richmond Town Center on Route 41.”

Noting the ongoing drive to attract young families because of the school,

Selectman Neal Pilson emphasized the new library to be located in the complex. “This will make Richmond hugely attractive because of these sites of knowledge — the library and the school,” he said. “It’s going to make Richmond forward-looking.”

Callahan, the municipal committee chair, thanked the strong show of support from Select Board members, Town Administrator Danielle Fillio and her staff, town meeting voters who approved financing by supermajorities, and the Friends and Trustees of the Richmond Library, as well as the Planning Board, Conservation Commission, Finance Committee, the Richmond School Committee and the town’s Board of Health.

Thanks to a team effort and recent dry weather, contractor David J. Tierney III says the town hall, library and community room complex is on track for completion in September.