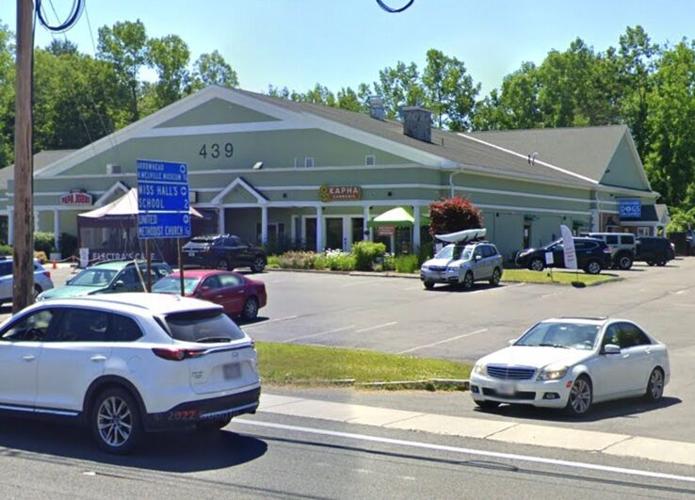 If a lease agreement is reached and the town of Lenox approves, this building at 439 Pittsfield Road in Lenox (Route 7) could become the new home of the Eleanor Sonsini Animal Shelter. The shelter would operate in the space at the rear occupied by Berkshire Dogs Unleashed. 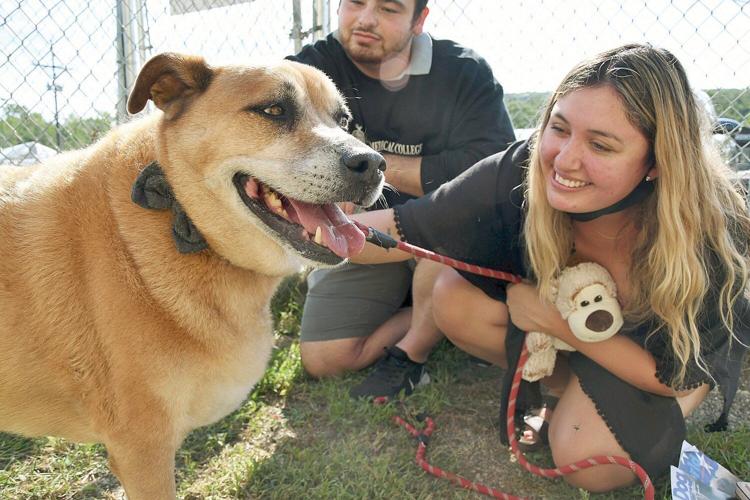 In 2020, the Eleanor Sonsini Animal Shelter in Pittsfield placed Rocco with new owners from Albany, N.Y., including Cooper Dodd, center. "Those soulful brown eyes, we knew we wanted to take him on a walk," Dodd said at the time. 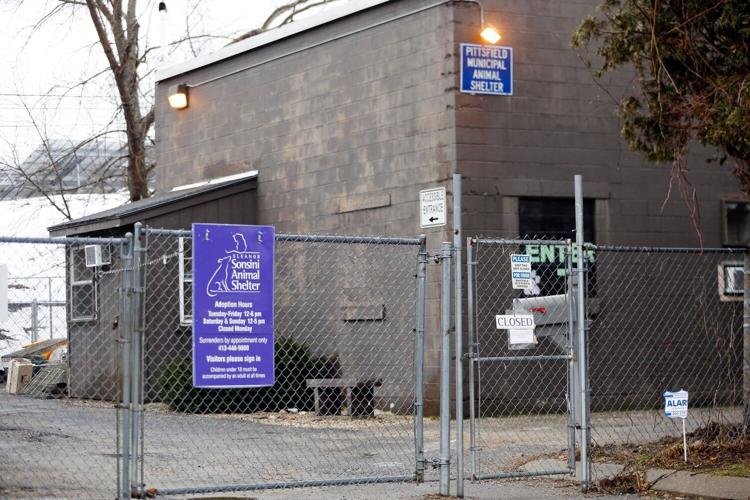 The former home of the Eleanor Sonsini Animal Shelter, until 2018, was city property in the Downing Industrial Park. 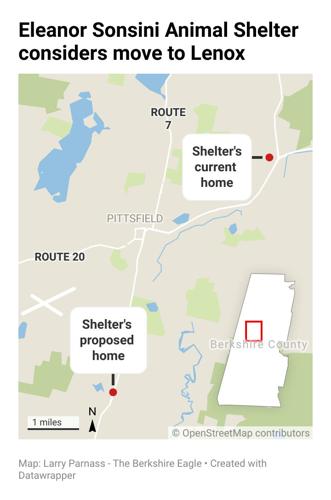 If a lease agreement is reached and the town of Lenox approves, this building at 439 Pittsfield Road in Lenox (Route 7) could become the new home of the Eleanor Sonsini Animal Shelter. The shelter would operate in the space at the rear occupied by Berkshire Dogs Unleashed.

PITTSFIELD — After years in temporary quarters in Pittsfield, the Eleanor Sonsini Animal Shelter hopes to double its capacity with a move to Lenox.

Michael Bucci, a shelter board member and spokesman, said the nonprofit is in talks to lease space at the rear of a commercial building at 439 Pittsfield Road most recently used by Berkshire Dogs Unleashed.

Sonsini will have to secure approval for its plan from the Lenox Zoning Board of Appeals, after undergoing a site plan review, according to Gwen M. Miller, the town’s land use director and town planner.

The Sonsini shelter has operated in a small former warehouse at 875 Crane Ave. in Pittsfield, north of Dalton Avenue near Cheshire Road, after it moved in 2018 out of space owned by the city.

Kohlenberger has announced that he is winding down operations of Berkshire Dogs Unleashed, though he told The Eagle he may continue to provide boarding care for some former customers.

While the Sonsini board had discussed blending in the work of a nonprofit that Kohlenberger runs – Berkshire Comfort Dogs – officials decided to stick to their mission as a shelter and not merge with Kohlenberger’s nonprofit, which has provided free standard poodles to schools and police departments.

“We want to focus on our core services, which I think we do pretty well,” Bucci said of the Sonsini program.

After Kohlenberger steps down as interim manager, the shelter plans to have no ongoing business relationship with him, Bucci said.

The shelter plans to provide grooming and training services, along with its work to place animals in adoptive homes.

As of last week, the shelter was caring in Pittsfield for eight to 10 dogs and a smaller number of cats, Bucci said.

Bucci said the Crane Avenue location was meant to be a short-term site after it lost use of city property on Downing Industrial Parkway in May 2018, following an internal dispute within the Sonsini organization that prompted a court fight.

The city at the time took over control of the municipal animal shelter from Sonsini, which had operated it for years.

Bucci said the group was unable to find a new permanent home sooner for a variety of reasons, including the expense.

He said the nonprofit found the space in Lenox formerly occupied by Berkshire Dogs Unleashed appealing in part because it is built out for animal care.

“It may be one of our best opportunities to seize on the mission of the shelter,” he said. “We’re doing it for the community.”