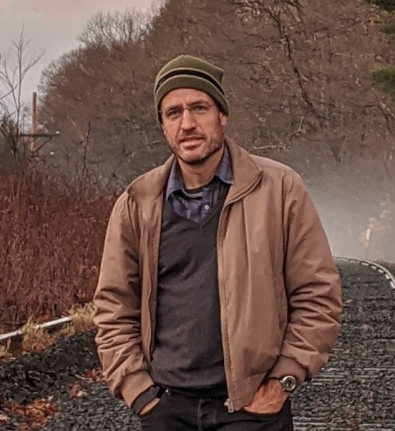 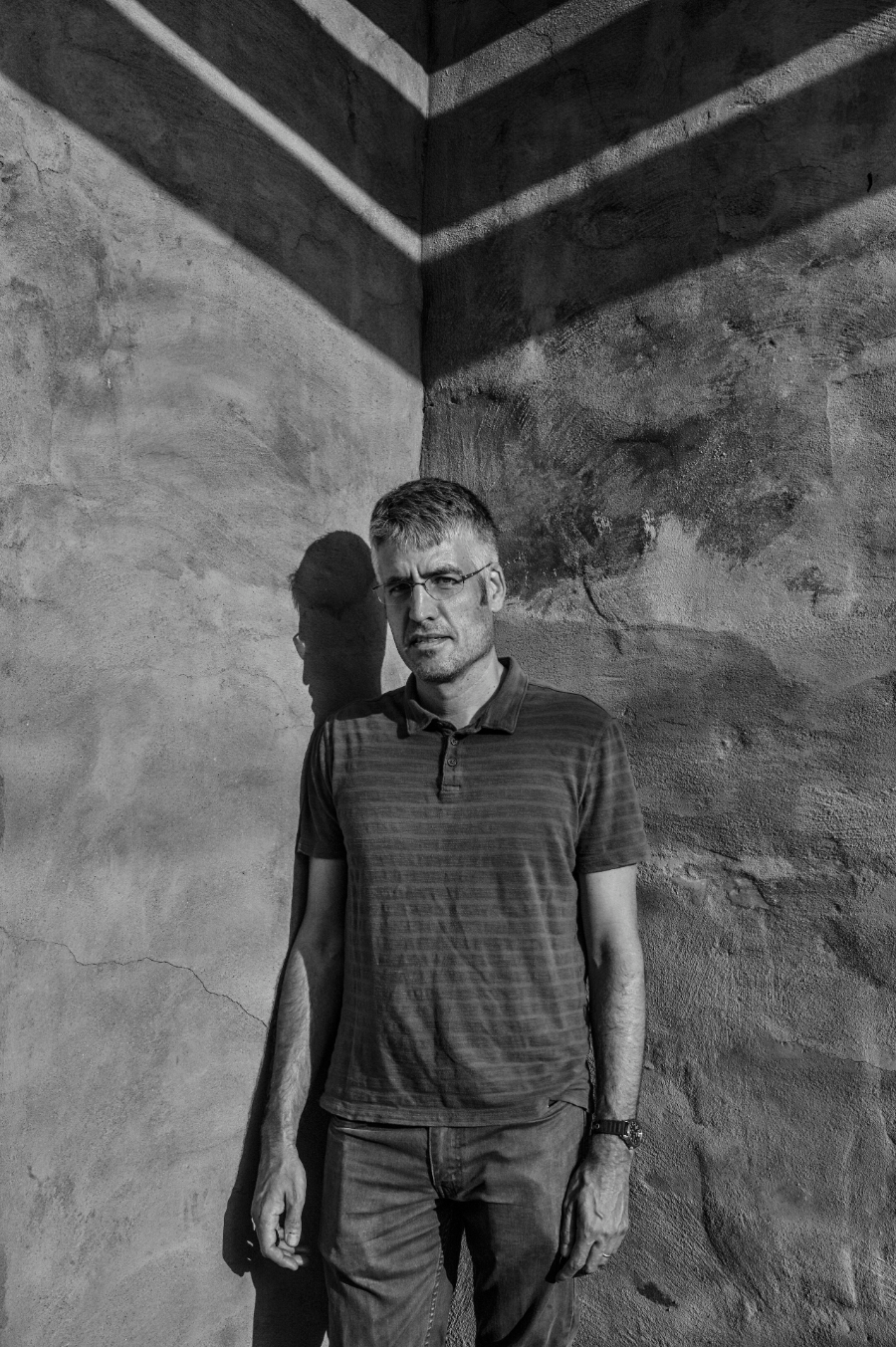 As the coronavirus pandemic sent cities and states into lockdown, millions of people turned to one company.

While the unemployment rate soared, so did that company’s profits. A few months after the company ended hazard pay — an extra $2 an hour for workers — its founder became the first person whose net worth rose above $200 billion, according to Forbes.

The man was Jeff Bezos. The company was Amazon. And the inequality captured in the Amazon pandemic experience is just one piece of a much larger story about how e-commerce and consolidation have transformed America, says Alec MacGillis, author of “Fulfillment: Winning and Losing in One-Click America.”

“I could never have expected just how much that all the problems in [the book] would be so vastly magnified and exacerbated and intensified by the pandemic,” he told The Eagle.

In the new book, MacGillis walks readers through the country that has changed dramatically under the shadow of Amazon. Through the stories of people whose lives touch the company in various ways, he paints a picture of regional inequality, in a country where the fates of “winner-take-all” cities have diverged completely from the nation as a whole.

“The country had always had richer and poorer places,” he wrote in the introduction. “But the gaps were growing wider than they had ever been.”

ProPublica reporter and author Alec MacGillis will be among the speakers for The Berkshire Eagle and Berkshire Taconic Foundation’s four-part series, “Bridging Divides, Healing Communities.”

The virtual series will explore the forces that create disparities and division, and examine local solutions to build common ground and solve problems together.

The first part, “The Inclusive Future,” will take place at 7 p.m. Tuesday. All sessions are free and open to the public, but registration is required.

Learn more and register at BerkshireEagle.com/series1.

Through most of the 20th century, MacGillis writes, the poor parts of the country were catching up to the rich ones, but that trend began to reverse about 1980.

At that time, almost every part of the country had mean incomes within 20 percent of the median average. By 2013, though, vast swaths of the coasts had incomes 20 percent above average, while much of the country’s interior, from the South to the Great Plains, had fallen to more than 20 percent below.

“The growing imbalance of wealth was making life harder in both sorts of places,” he wrote. “It was throwing the whole country off-kilter.

The transformation began before Amazon, but the company’s rise presented a perfect window for MacGillis into the costs of the metamorphosis. As e-commerce brought wealth to urban centers like Seattle and Boston, bricks-and-mortar stores closed in cities hundreds of miles away; as unionized factory jobs vanished, Amazon warehouses with notoriously poor work conditions filled the gap; and as national conglomerates grew, local and regional businesses crumbled.

MacGillis, a ProPublica reporter and Pittsfield native, told The Eagle that he first noticed the split between rural and urban America in his own hometown, as he watched the median incomes in Pittsfield and Boston diverge dramatically starting in the 1980s.

“I felt that gap very keenly,” MacGillis said. “And how unhealthy it was to have such a great regional divide between Boston and all the smaller cities in the state.”

MacGillis spoke about his new book with The Eagle. This interview has been edited for length and clarity.

Q: This book is about Amazon, but it’s also about much bigger forces and economic trends. What is it about, to you?

A: I really did want the book to be about more than Amazon. I initially thought about not even naming the company in the book. I was just going to refer to it as “the company.” But, then we decided that would be a little too precious.

It’s really about regional inequality, these disparities between places in America. The book goes back to growing up in Pittsfield and watching the gap grow between a place like Pittsfield and metro Boston. That gap has just grown so much in the last few decades.

I was at The Washington Post during the Great Recession, and I’d travel around the Midwest for my reporting, and I’d just be so struck by how much those places, those cities and towns, were struggling. Then I’d come back to Washington and see this incredible prosperity and complacency and disconnect with what was going on in the rest of the country. And so, wanting to write about that somehow, I chose Amazon as the frame.

Q: You dig into the history of the places you write about. In one chapter, you describe the town that formed around a Bethlehem Steel plant on Sparrows Point, outside of Baltimore, and how that company town disintegrated in the late 20th century. And near the end of the chapter, when the reader has almost forgotten about Amazon, the company comes in and opens a warehouse in that exact location.

A: The book is about places. I wanted to show what has happened to these places, and Amazon’s impact on them. I wanted to go deep into the history of places.

So, I got deep into the history of Black Seattle, to show just how vibrant the community that existed there was and that has now been all but erased by the city’s hyper-prosperity.

Or, in the case of Sparrows Point, I wanted to show just what an incredible other world had existed there. Just a whole vast industrial landscape and a whole town that existed there, only to be replaced by what is now a logistics business park. Just to show the transformation of all these places, you had to show what they used to be.

Q: You describe something called the “Amazon Effect.” What does that look like out here in the Berkshires?

A: The Amazon Effect definitely varies, sort of based on where you are. You could think about it sort of as three different levels.

There are the headquarter cities getting all of the high-paid Amazon jobs, which definitely includes Boston. Boston did not get [Amazon’s second headquarters, HQ2], but the company just announced it’s sending thousands more jobs to the Seaport there. They’re going to have 7,000 total salaried Amazon jobs in Boston.

So, you have those cities, where those high-paid, high-education jobs are clustering. Then you have the warehouse towns. The places like Dayton and Baltimore that are getting the warehouse jobs, which are paid so much less than the headquarter jobs.

Then you have communities, like the Berkshires, where you essentially get nothing. Local retail is further undermined by the shift to e-commerce, and you don’t have any of the local employment that comes from that — except the contract drivers making the deliveries. You’ve further lost local retail, but you don’t even have the low-paid, $15-per-hour warehouse jobs to make it up.

And it’s worth noting that the shift to e-commerce has been especially extreme in blue places like the Berkshires [this year] because Blue America has embraced sort of the lockdown life even more dramatically than anyone else.

Q: Let’s talk about the pandemic. A lot of people are hopeful that the pandemic, even if it’s contributing to this surge in e-commerce, could also redistribute some wealth as people leave big cities and move out to a place like the Berkshires.

A: I’d love to think there’s going to be that kind of dispersal. But, from what I can tell, it’s very limited.

But, it’s not like there’s some kind of mass movement to the places that really could use it. It’s not like people are moving in large numbers back to the Uticas, and Holyokes. It’s not happening at the scale that a place like Pittsfield would need for it to make a real difference.

And you can see the stories, in the last couple months, about the additional [Amazon] jobs coming to Boston. It’s just the rich get richer. It’s winner take all. They’re only going to places like that with those $150,000-a-year jobs. … There’s always been richer and poorer places. It’s not just, ‘Oh, now it’s our turn.’ It’s that the gaps have grown. The gap between Boston and North Adams in 1980 was smaller than the gap is now between Boston and North Adams.

Q: What’s the most convincing pro-Amazon argument you heard while reporting?

A: The one I heard most from [Amazon] was, essentially, a structural argument.

It was, “Look. There are all these big structural forces in the economy and in society. Globalization, technology, the shift to the internet, and we just happened to be the company that’s in this role right now. It could just as easily be a company called something else. There was going to be some big retail company that led the shift to e-commerce. ... Nothing we’re doing is really any different than anyone else would be doing in our role.”

I think the best counter to that is, yes, we have these larger forces, but there are specific things the company has done that have made a lot of these things worse. Their particularly aggressive pursuit of tax avoidance at all levels. Their particularly demanding expectations within the warehouses. Their seeming disregard for the geographic imbalance that I’m writing about in the book — their choice of the richest city in America for their second headquarters that will just further exacerbate the imbalance. [Amazon chose a spot just outside Washington, D.C., for its HQ2.]

Yes, there are structural forces. But, we still all have personal, corporate responsibility and agency, and they have not used their agency to mitigate these problems as much as they could have.

Q: You dedicated the book to your father: “In memory of Donald MacGillis, my first editor.” (Don MacGillis was a former Berkshire Eagle editor who died in a hiking accident in October.)

A: I sent my final draft in two days before my dad’s accident.

The initial dedication was to the local news reporters in all the cities and towns. The book relies so much on local clips, and I wanted to just give credit for that. I also just believe so much in the importance of all of you.

But, after the accident, I felt like I had to update it.

A: He was my last reader. … And it’s a true story what I said in the Globe obit, that his actual comment after reading the final draft was, “I liked it better this time than the first version I read.”