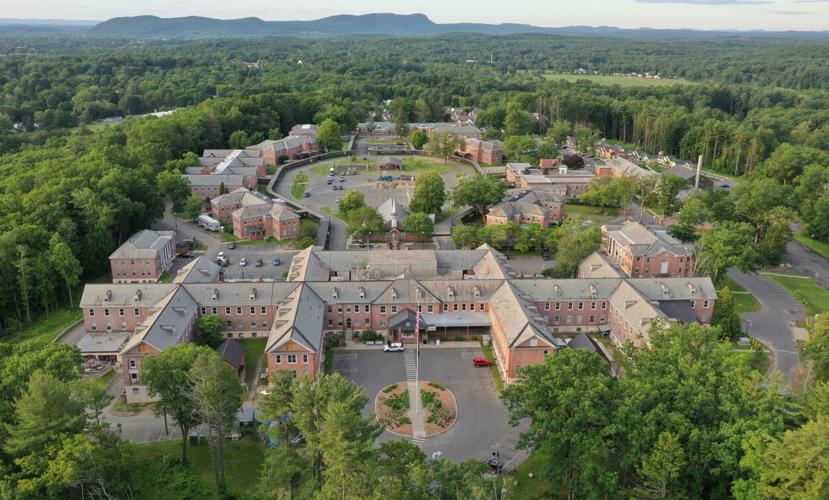 A drone's view of the VA Central Western Massachusetts Health Care System in Northampton. A Berkshires veteran, Bruce A. Deloye, has been raising questions about the VA's policy on reimbursing patients for travel to and from health care. 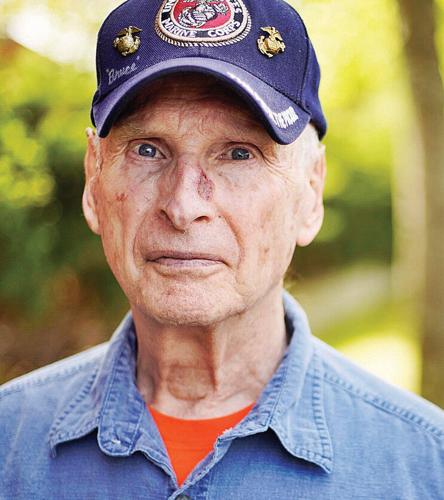 Bruce Deloye of Lenox, a Marine Corps veteran, has been pressing to win an increase in the stipend paid to people for travel to and from care at veterans' hospitals — a goal now embraced by a proposal in Congress. “It is becoming an unbearable burden for veterans,” Deloye said. “They screwed us for two years. That’s what they’re doing to every single veteran.” 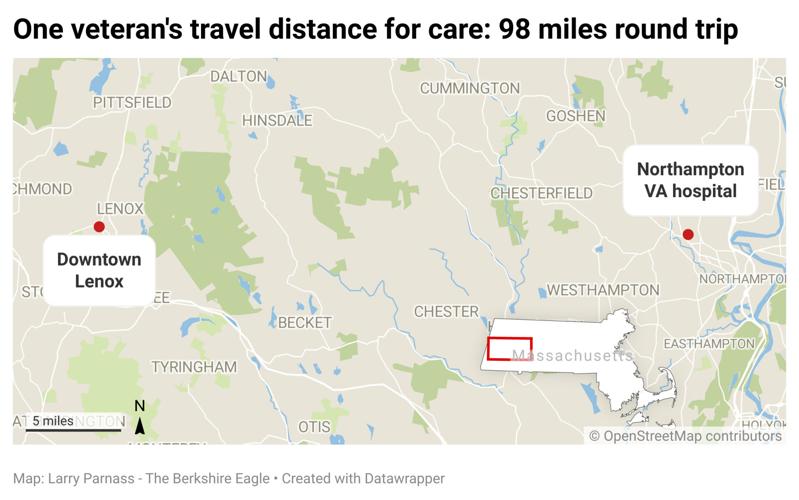 Because they served their country, American veterans are entitled not only to ongoing health care, but help in getting to it. This summer, as gas prices spiked, a glitch in that system began to seriously annoy a Berkshires veteran.

Bruce A. Deloye, who served with the U.S. Marine Corps in the 1950s, grew frustrated with declines in the value of the reimbursements he and others receive for travel in their own vehicles to medical appointments.

While those payments were falling, the per-mile reimbursement rate for government workers, as well as workers in private business reimbursed for use of their vehicles, was rising — due to this year’s big jump in gas costs.

“It is becoming an unbearable burden for veterans,” Deloye told The Eagle. “They screwed us for two years. That’s what they’re doing to every single veteran.”

A bill has been filed in Congress to address the disparity in travel reimbursements — but it remains in committee.

“Why did they hold up so long on this?” Deloye asked. “They’re saving millions of dollars by not paying veterans what they should be getting for their mileage. I think it’s a damn big scandal.”

Deloye, 85, travels four to five times a year from his home in Lenox to the VA Central Western Massachusetts Health Care System in Northampton for vision and dental care. He says he had at one time received a $47 reimbursement to travel 98 miles round-trip from his home to the VA.

At that rate, his reimbursement comes to roughly 32 cents per mile for 98 miles. Other routes calculated by Google maps show round-trip travel — from Lenox center to the VA hospital — ranging from 90 to 116 miles.

Deloye says the reduction to $42 per trip came after VA cost-cutters decided he could take a shorter route. When it fell to $37, Deloye says he asked a VA staff member to explain. “She said, ‘We know it’s unfair, but there’s nothing we can do about it.’”

On July 1, the General Services Administration increased reimbursement rates for use of private vehicles to 62.5 cents per mile, matching the rate set June 9 by the Internal Revenue Service.

The IRS increased that by 4 cents from what had been in place since Jan. 1.

Those did not apply to veterans traveling to U.S. Department of Veterans Affairs hospitals. If they did, Deloye’s reimbursement per medical appointment would have nearly doubled to $61.25. The yearly difference? About $150 for five trips.

Doug Mann, the veterans agent for Lenox, said that unlike those other federal changes, travel reimbursements provided to veterans did not rise.

“They pretty much have kept the VA payments about the same,” Mann said.

Mann and Deloye have pressed for Congressional action and contacted the offices of both U.S. Sen. Ed Markey, D-Mass., and U.S. Rep. Richard Neal, D-Springfield, whose district includes Berkshire County.

Mann faults the Department of Veterans Affairs policy of charging veterans a co-pay that further reduces the travel stipend. “That makes no sense at all,” he said. “That’s robbing Peter to pay Paul.”

A bill filed in July by U.S. Rep. Julia Brownley, D-Calif., would adjust language in the Caregivers and Veterans Omnibus Health Services Act of 2010 to increase payments to veterans under what’s known as the beneficiary travel program.

Instead of saying the secretary of defense “may” adjust the mileage rate, Brownley’s measure would require that increase to be “at least” equal to the rate set for use of privately owned vehicles by U.S. government employees.

A Marine Corps vet's mission: Getting to bottom of VA care mishap

The bill (H.R. 8398) was referred Aug. 16 to the Subcommittee on Health of the House Committee on Veterans’ Affairs. It is called the DRIVE Act, for Driver Reimbursement Increase for Veteran Equity Act. It has two co-sponsors, including U.S. Rep. Peter Welch of Vermont.

“Veterans have been cheated out of this mileage since gasoline went up so high. Nobody did anything about it,” Deloye said. “All of a sudden it’s an election year and it comes up.”

“I want to be called a whistleblower,” he said. “Most veterans are so beaten by the system, they just give up. I’ll go down fighting.”

Our Opinion: Thank you to our veterans — we owe you so much more

Just a few days ago, we called on our readers to perform their civic duty at the polls in a pivotal election. It’s only fitting that, in the s…