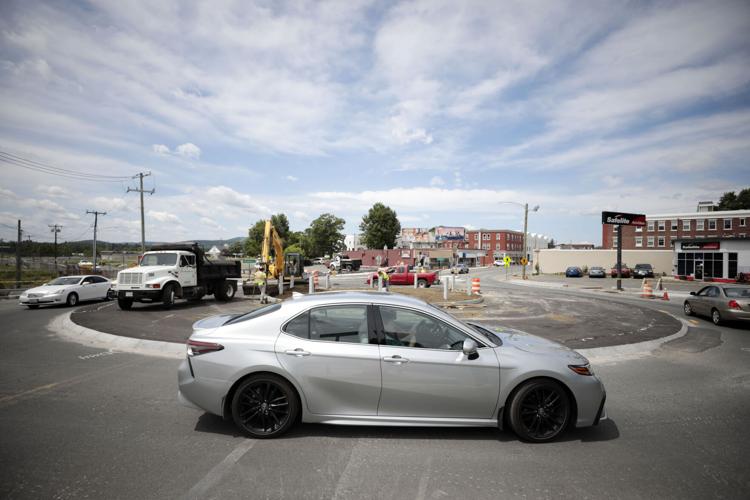 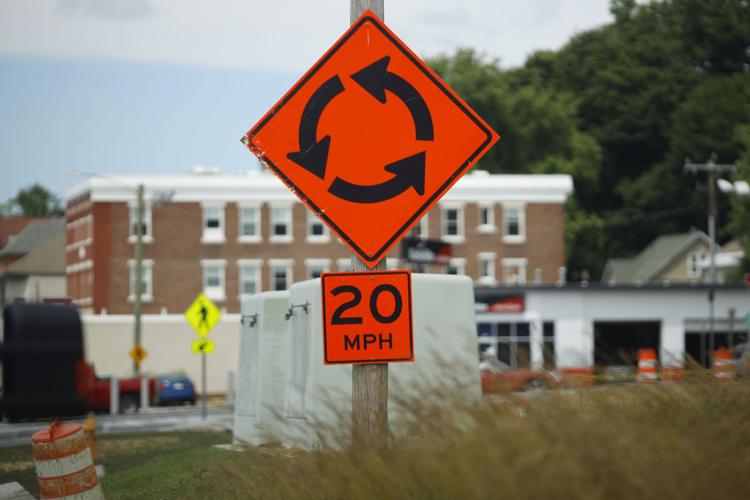 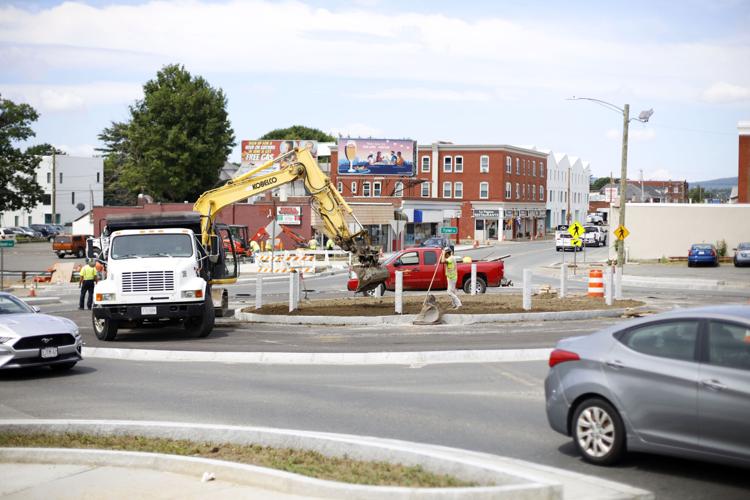 PITTSFIELD — The roundabout on Tyler Street, though it opened eight months ago to pedestrians and drivers, hasn’t become any less contentious with age.

The city’s first modern roundabout links Tyler Street with Woodlawn and Dalton avenues and is part of a revamp funded by $3.7 million from the city and another $3 million from the state. The streetscape project hopes to revitalize the corridor and make it more inviting and safe for foot traffic.

The project is complicated, for sure, but in recent weeks Public Services and Utilities Commissioner Ricardo Morales has fielded a specific question from city councilors and residents. They want to know one thing: Did officials mean to make the roundabout this small?

“We are absolutely deliberate in the way we designed the roundabout and the rest of the streetscape,” Morales said. “We went for slow design speed — instead of building it and then measuring it and putting signs to make people slow down, we are designing a roadway that will result in slow speeds.”

Morales said the goal of this roundabout was to take an intersection where drivers were regularly driving 40-50 miles per hour and create a traffic-calming pattern that brings driving speeds down to 20 miles per hour for 85 percent of people on the road.

The roundabout, which is set to get final paving, line painting and brick work in the next two weeks, does just that, Morales said.

“We know that when cars are traveling — when all modes of transportation are traveling slow, pedestrian travel is much, much simpler and safer,” he said. “That’s the main goal: designing a street and road network to be forgiving to the most vulnerable.”

At the narrowest, the roundabout lanes measure 16 feet — a distance Morales says walks the line between allowing bigger vehicles through without enabling reckless driving.

For the biggest travelers on the roads, 18-wheelers and the like, the roundabout is designed to have a 4-inch mountable truck apron — basically a central circle that will allow tractor trailers and big cargo trucks to drive over a small section of the roundabout as they make their way through the intersection.

That design is something Morales has found himself explaining a lot recently. Online, residents traded talk that the roundabout doesn’t meet state Department of Transportation standards and doesn’t allow for bigger vehicles to make it from one side of the intersection to the other.

“It’s simply not true,” Morales said. “We have modeled traffic, we have observed traffic of all sizes from 18-wheelers to bicycles through there and it behaves as we intended.”

MassDOT published a guide in September 2020 on roundabout design and use. The guide sorts roundabouts into four groups: mini, single-lane, mixed lane and multilane. Each design comes with a description of the typical diameter of the roundabout — from 45 feet on the low end to 300 feet on the large end.

The state’s guide notes that while the diameter — termed the inscribed circle diameter, or ICD — is an important part of roundabout design, the ranges the state lays out for each roundabout type aren’t set in stone.

“While the ICD is an input in the design process, the final size of the ICD is an outcome of meeting the performance objectives of the roundabout,” the guide states. “As a result, ICDs can vary from roundabout to roundabout, as each site has its own unique opportunities and constraints.”

Path to a Pittsfield roundabout: Six takeaways on the circular logic of a traffic management tool

City officials say Tyler Street isn’t the only intersection they think will benefit from a roundabout. Designs are progressing for a roundabout near Berkshire Medical Center and First and North streets and Stoddard Avenue. Morales said the city hopes to host a public hearing in January for that project.

Then there’s the intersection of East and Fenn streets, where drivers test their luck as they take the sharp turn near the Locks & More Locksmith Service.

Morales said that roundabout project’s a ways off, with his department looking at completing the design, construction and opening sometime in the next five years.

That project should look familiar to residents once it’s completed. Morales said it will likely mirror the Tyler Street roundabout in design and features.