LENOX — Residents hoping to house a flock of chickens in their backyards might be able to do so, according to proposed zoning bylaw amendments that also regulate other agricultural activity, including neighborhood and commercial farm stands. 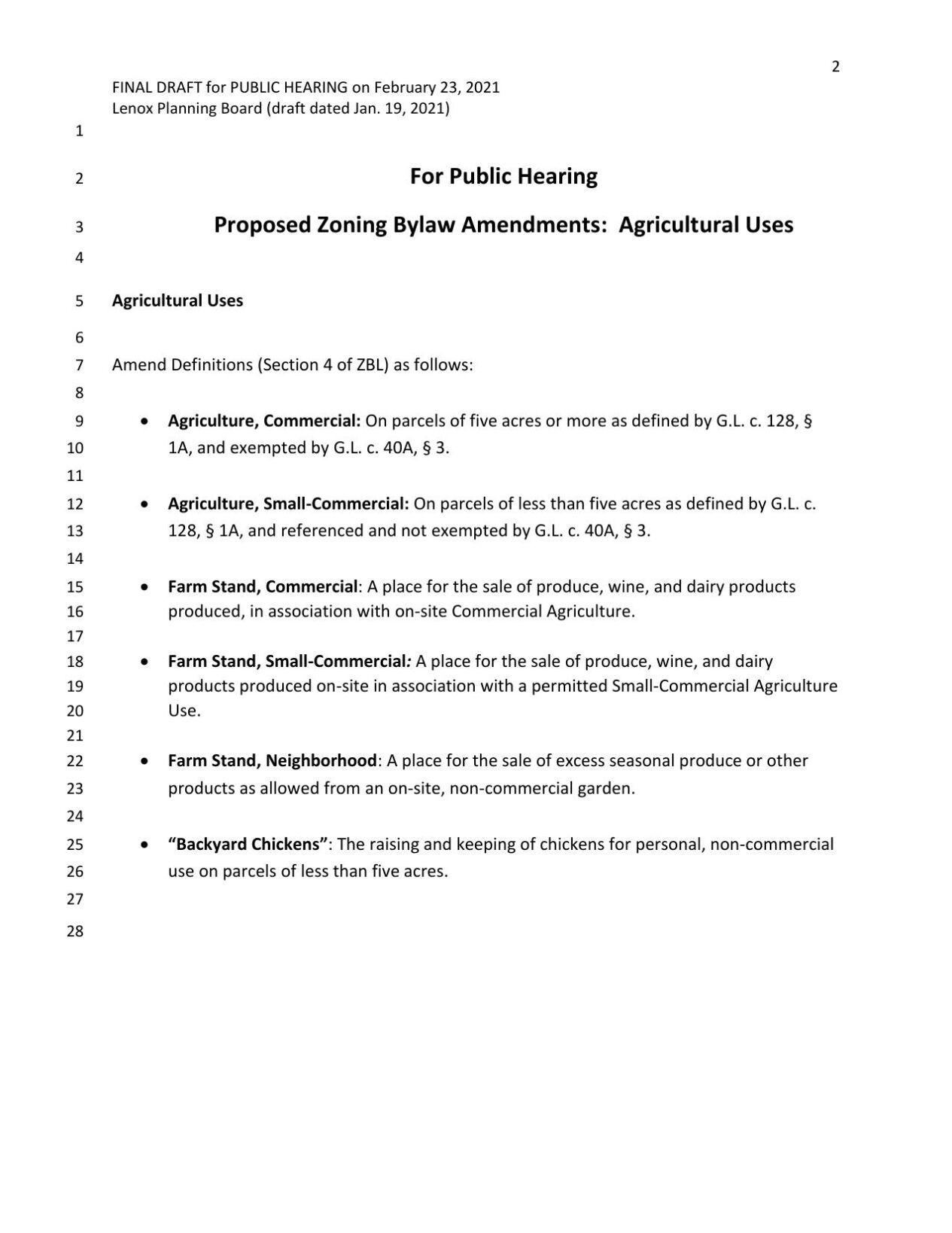 The Planning Board will hold a legally required public hearing on the proposals at 6 p.m. Tuesday, via Zoom.

According to a board summary, the proposals consider how residents use and want to use land for agricultural purposes, including the following key points:

• Brings the town’s agricultural uses into compliance with state law by allowing commercial farming in any zoning district on parcels of 5 acres or more.

• Revises standards for small commercial farms on parcels of fewer than 5 acres with requirements on raising livestock or poultry and setbacks for structures.

The Planning Board’s goal is to present the proposals to voters at the annual town meeting May 6. A two-thirds majority is required for approval.

Commercial marijuana-growing operations are covered in separate regulations and are not part of the new bylaw proposals.

Copies of the proposed bylaw amendments are available at townoflenox.com and at the office of the Lenox Town Clerk from 8:30 to 4 p.m. Monday through Friday.

Written comments can be submitted via email to landuse@townoflenox.com or by mail to Lenox Planning Board, 6 Walker Street, Lenox MA 01240.