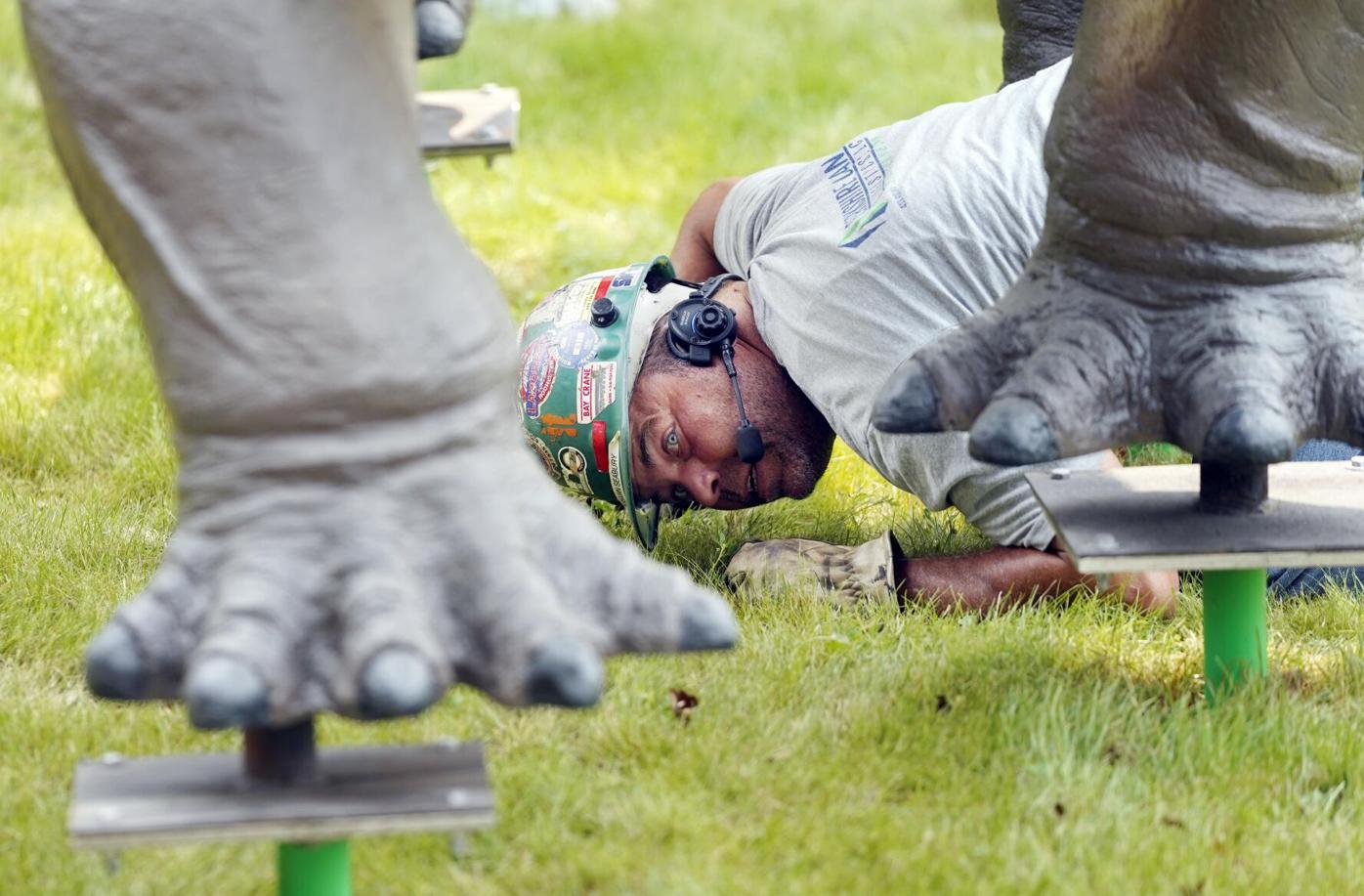 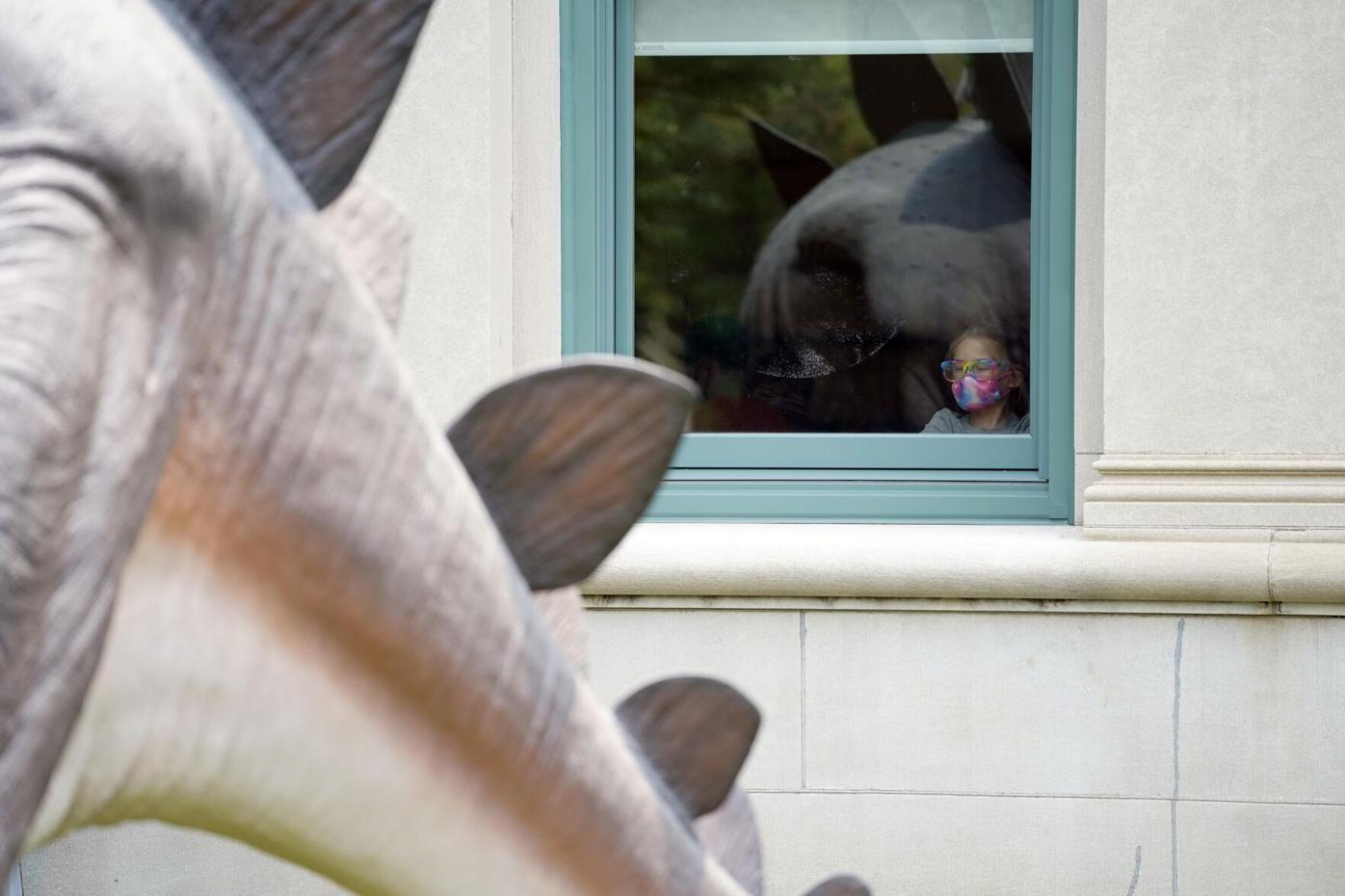 Above: A child watches the installation of a freshly painted Wally. Left: Shawn Seabury, of Berkshire Crane, checks Wally’s feet.

Wally, the fiberglass stegosaurus, returned to the Berkshire Museum on Monday, after restoration work at the Louis Paul Jonas Studios in Germantown, N.Y.

PITTSFIELD — Wally, the fiberglass stegosaurus, returned to the Berkshire Museum on Monday, after restoration work in the Hudson Valley.

The 26-foot-long, 12-foot-tall sculpture, which weighs in at 1,200 pounds, arrived at the museum on a flatbed trailer about 11 a.m., and was lifted by crane and onto its new home on the north side of the museum’s front lawn.

Wally has been away since April 2020, when he was taken to the Louis Paul Jonas Studios in Germantown, N.Y., for a number of procedures, including a thorough inspection of its exterior shell and interior frame; restoration of a damaged section of tail; repairs to cracks in the surface and a complete paint job, returning the sculpture to its original colors.

Photos: Wally the stegosaurus returns to the Berkshire Museum

PITTSFIELD — Wally, the fiberglass stegosaurus, returned to the Berkshire Museum on Monday after restoration work in the Hudson Valley.

The $20,000 project had been in the planning stages for several years, according to the museum.

Wally spent 30 years on the grounds of the Cleveland Museum of Natural History before being given to the Berkshire Museum in October 1997, as a gift by Carol and Tom McCann. He got his name in a communitywide contest.

The figure was created from a mold made by wildlife sculptor Louis Paul Jonas in his studio, which then was located in Hudson, N.Y. It was the second sculpture Jonas made from a mold he created for the Sinclair Dinoland pavilion at the New York World's Fair in 1964-65.

Wally’s return comes just in time for the Aug. 6 opening of the museum’s renovated second floor, including nine updated galleries, five new exhibitions, two flexible learning spaces  and other amenities, according to a release from the museum.