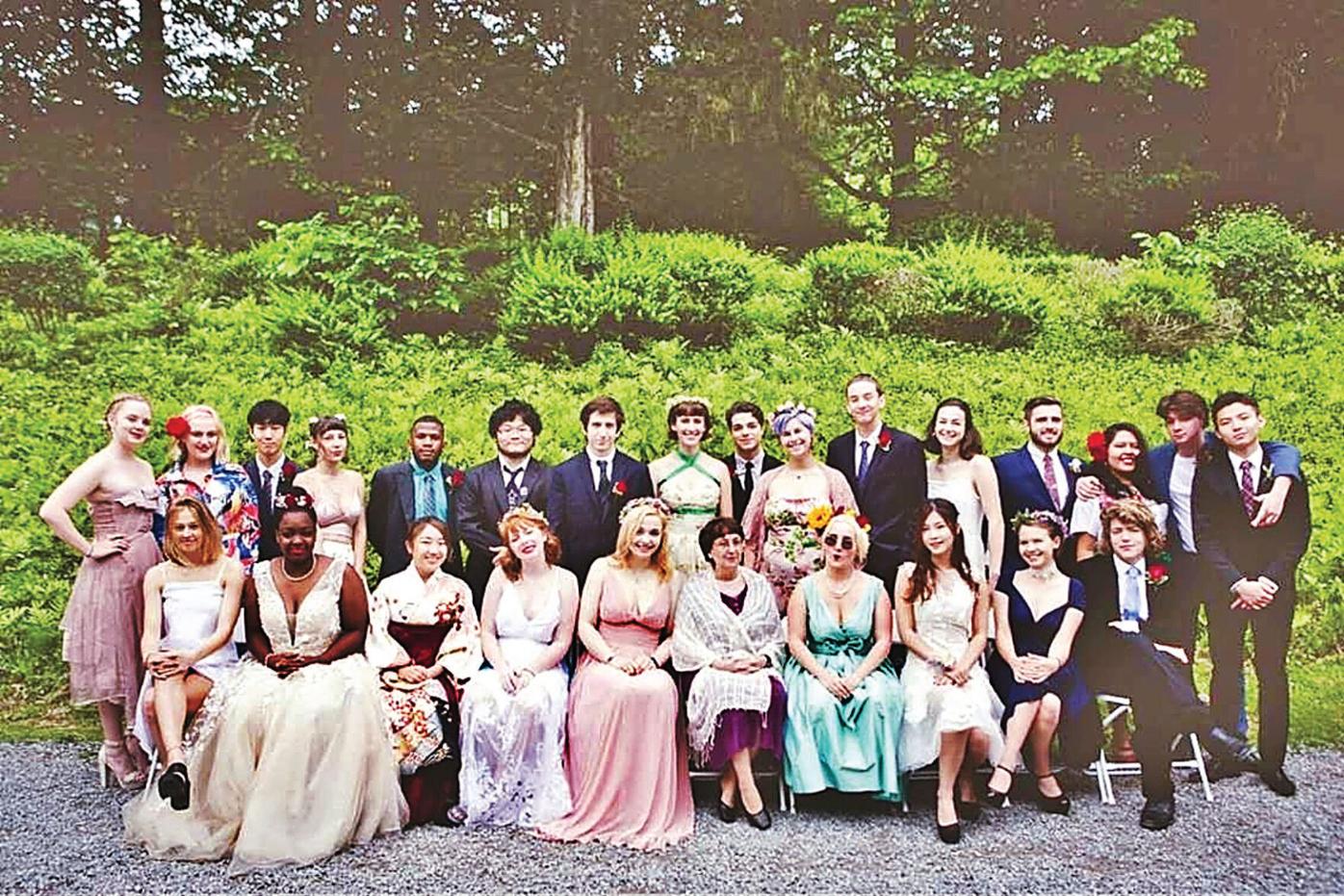 Linda Burlak (front, center, purple dress), says she enjoys getting to know each unique class that goes through Buxton School. Here, she sits with seniors at this year's graduation ceremony. This fall will be Burlak's 30th year at the independent high school. 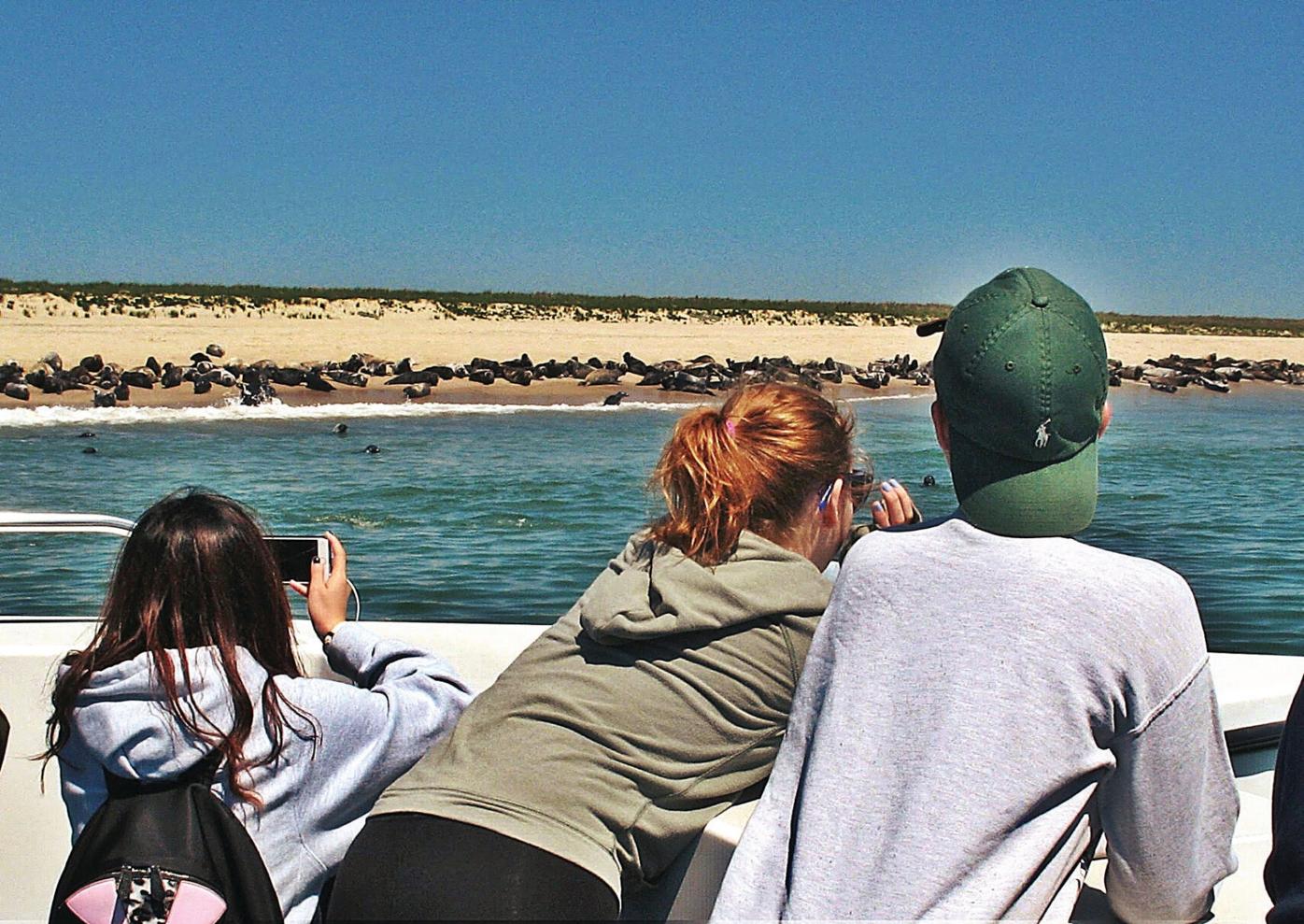 Buxton School's Marine Science class members spot some seals off the shores of Chatham during a field trip to Cape Cod. 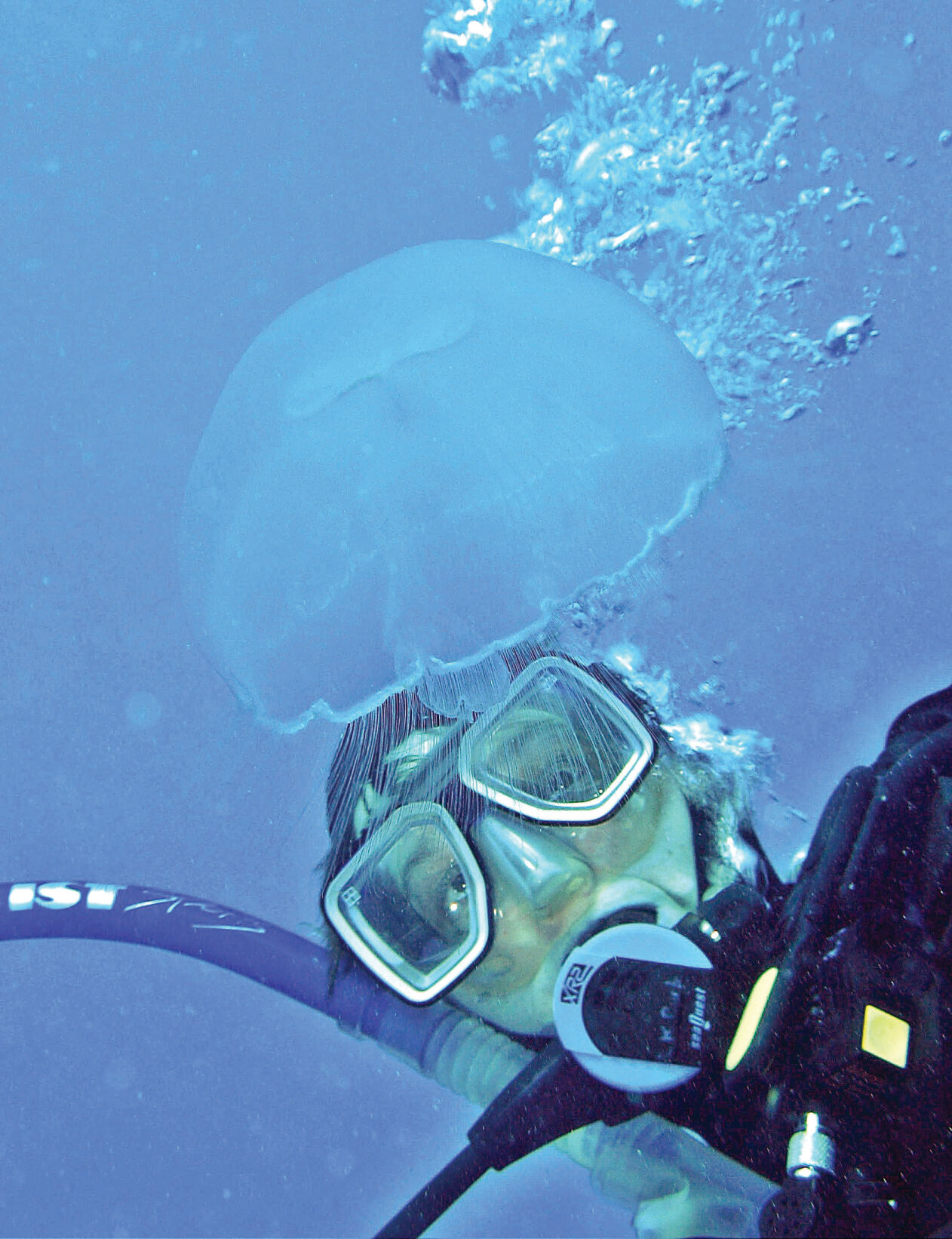 Buxton School science teacher Linda Kathryn Burlak, typically camera shy, shares this image taken of her observing a jellyfish while on a scuba diving excursion in the Florida Keys. 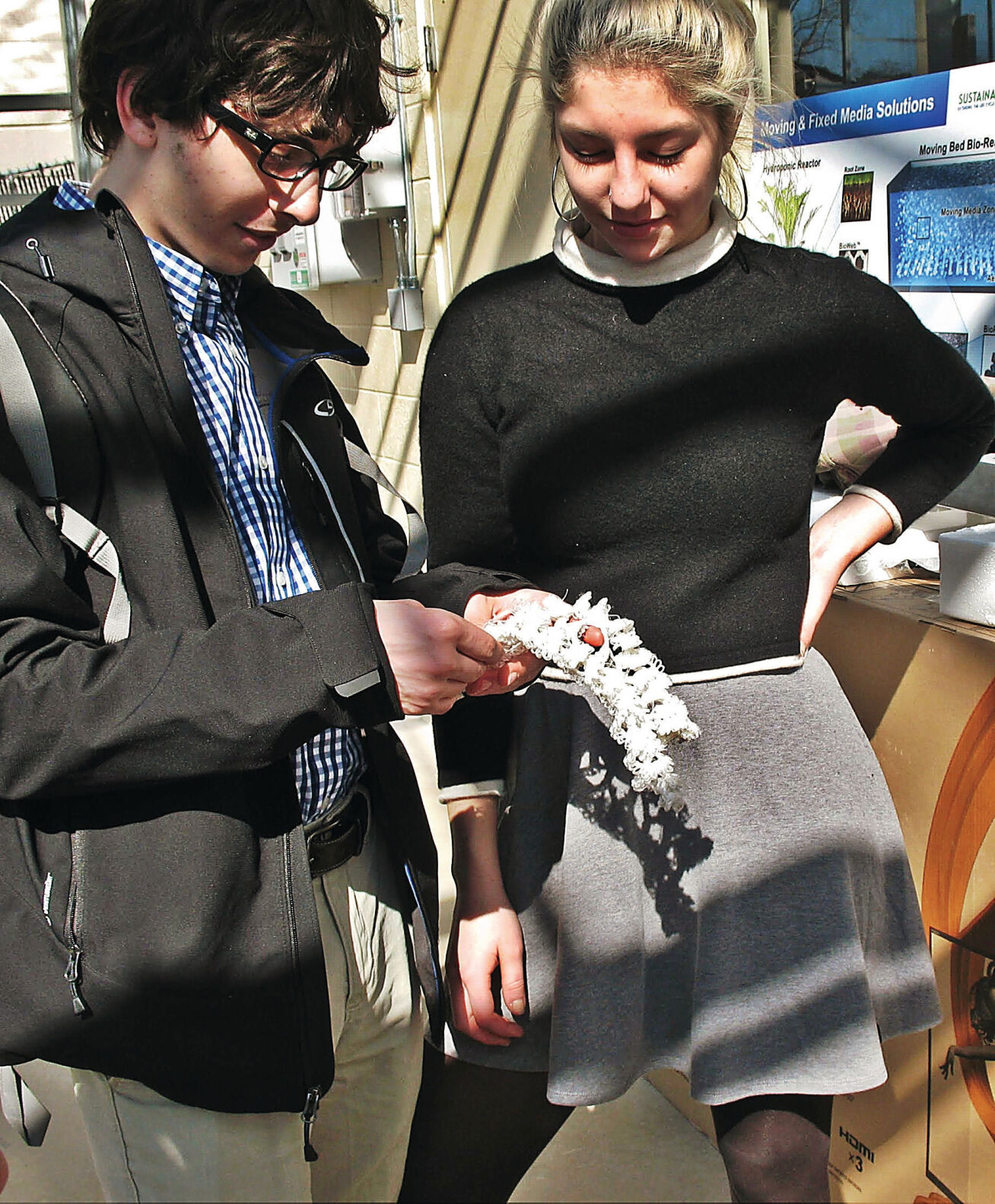 Students explore a component of a model water cleaning system during a Buxton School Urban Intensive trip to Atlanta, Ga. 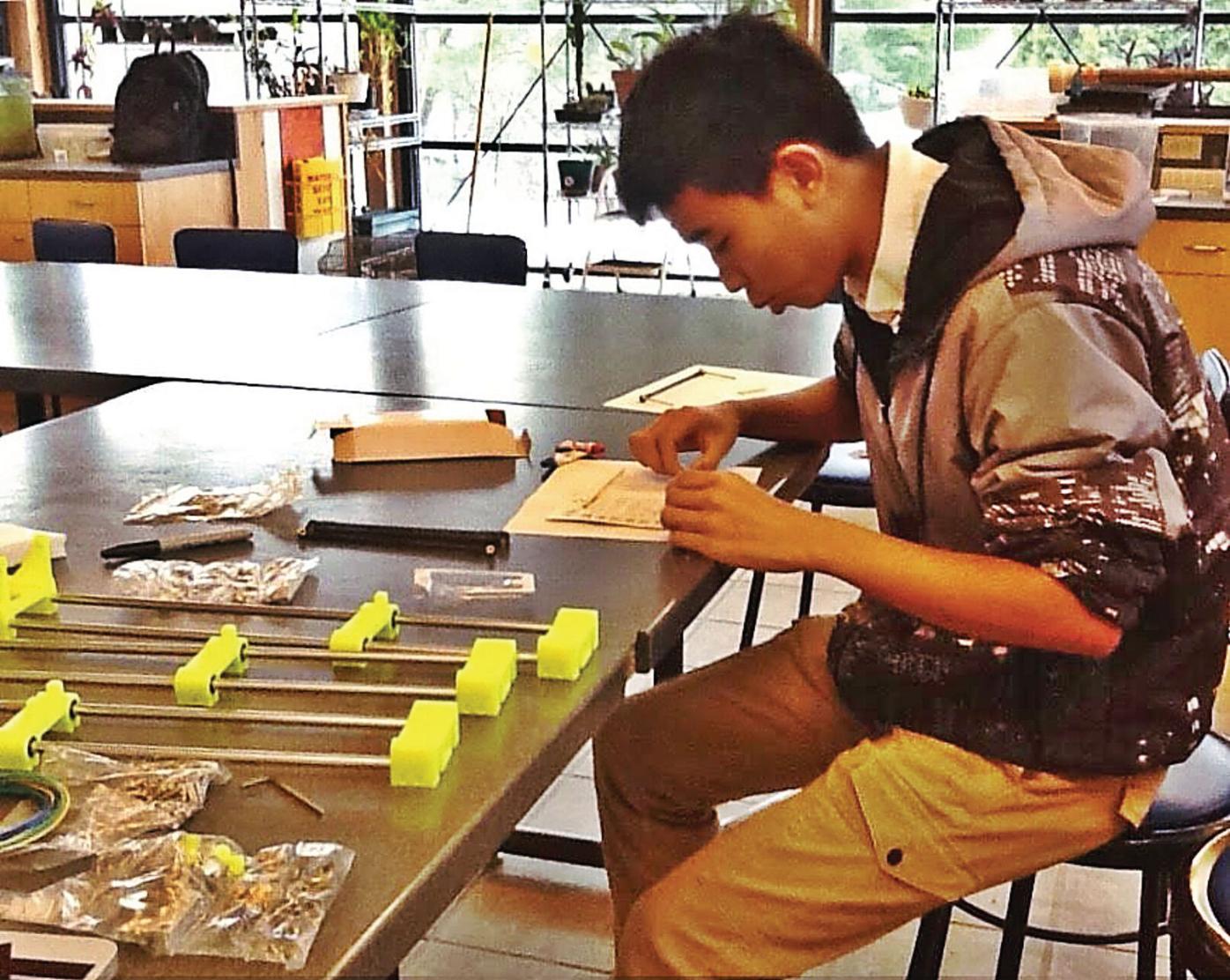 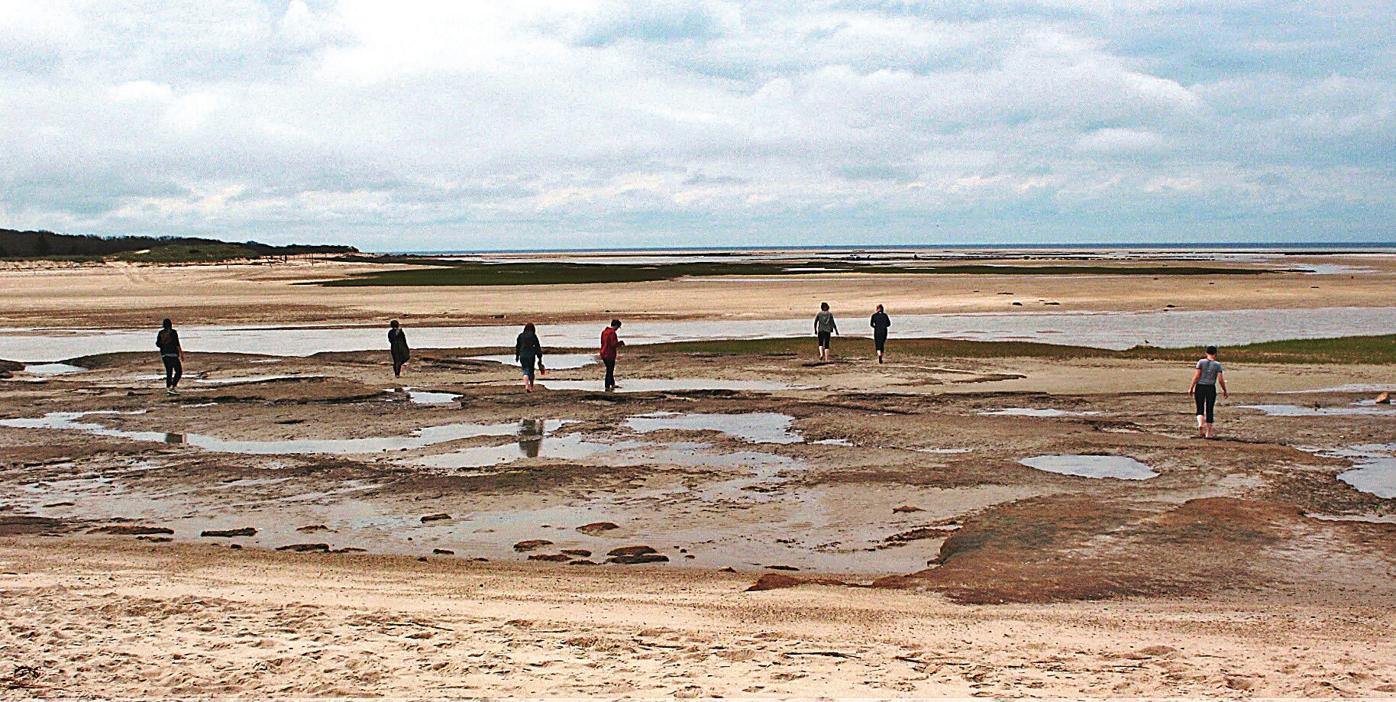 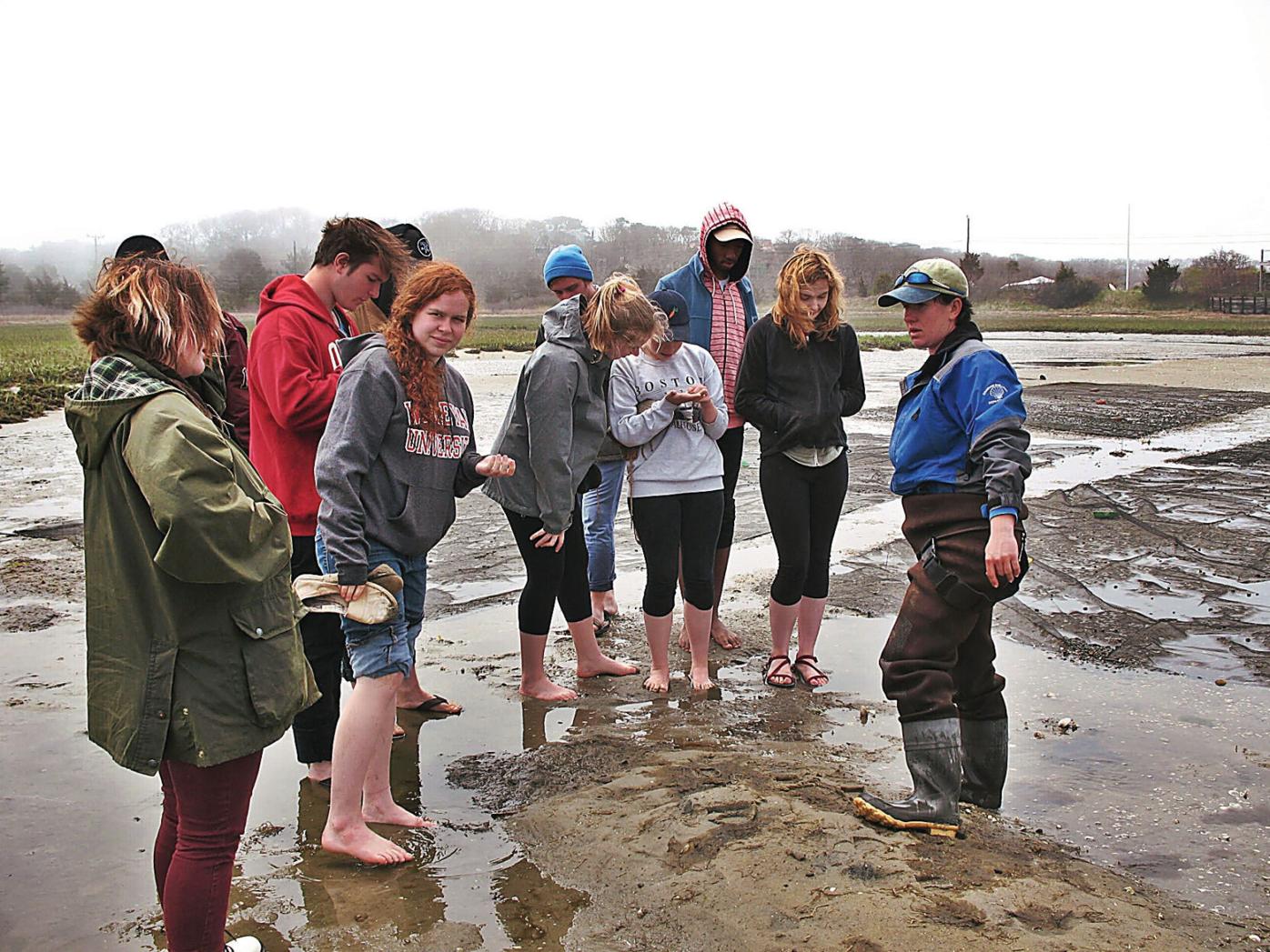 Linda Burlak (front, center, purple dress), says she enjoys getting to know each unique class that goes through Buxton School. Here, she sits with seniors at this year's graduation ceremony. This fall will be Burlak's 30th year at the independent high school.

Buxton School's Marine Science class members spot some seals off the shores of Chatham during a field trip to Cape Cod.

Buxton School science teacher Linda Kathryn Burlak, typically camera shy, shares this image taken of her observing a jellyfish while on a scuba diving excursion in the Florida Keys.

Students explore a component of a model water cleaning system during a Buxton School Urban Intensive trip to Atlanta, Ga.

WILLIAMSTOWN — Linda Burlak is a little camera shy, but when it comes to talking about teaching, she's proudly shares her experiences in the fields of science and mathematics and the lessons she and her students have learned together.

This fall, Burlak will be entering her 30th year with the independent Buxton School. There, she has concurrently taught biology, physics, algebra and geometry classes; popular electives in marine science, astronomy and nature writing; and has, for the past decade, served as academic dean. And, it's her dedication and enthusiasm toward her craft and her pupils that has earned her and the school claim to the ninth annual James C. Kapteyn Prize for excellence in teaching.

The 2017 prize — a $10,000 award for study or travel to enrich her teaching, and a $2,000 grant to the school in her name — will be ceremoniously presented in October. But The Eagle caught up with her on Monday morning to learn from her adventures in education.

Burlak earned a bachelor's degree in biology from Carleton College in Minnesota and was on her way to earning a master's degree and becoming a biochemist at Cornell University in Ithaca, N.Y., when, after talking to an adviser, she realized she would prefer a dynamic life in a classroom to life in a laboratory with a narrow field focus.

"It seemed to me that by teaching high school, I was going to have to learn about a lot of different kinds of sciences," she said, noting that her experience at Carleton had taught her to think broadly and to enjoy a range of interests.

So, she switched from having a minor degree in chemistry to pursuing one in teaching, and worked as a teaching assistant for a first-year chemistry lab program at Cornell.

Like a true scientist, she said, "I tested it out," before committing to the career. After taking a few courses and planning labs, her hypothesis proved to be correct, that she had found a valid path in teaching.

Burlak landed at Buxton, attracted to the opportunity to teach both in the sciences and in the arts, but not to any state's standardized test.

"We trust you," is the answer she got when asking about what curriculum she should use. "It was both terrifying and exhilarating," she said.

In her first years, she said she was able to develop a set of courses to address what she believes "students should know and should be excited to know."

In a response to her Kapteyn prize nomination, Burlak said that to her, teaching is an opportunity that "provides the joy of sharing hairy Yeti crabs, quarks and gluons, walking motor proteins, the possibilities of life on Europa, and every other beautiful, weird, wonderful, logical, and illogical thing I can think of with my students."

In a favorite elective, marine science, which she will teach again this coming school year, Burlak uses a college-style seminar model of instruction, presenting science news articles and developing topics for students to research and discuss in class.

"Our work is based on our discussions," she said. She builds into her syllabus the latitude to delve deeper into topics that students that year are most interested in.

In addition, because of the school's small class sizes, she's able to take marine science students on a field trip to Cape Cod, and to world-renowned research centers like the Marine Biological Laboratory and Woods Hole Oceanographic Institution.

"We talk to researchers, go to the beaches, go out into the field and try to get into the water," she said. "We also rent a house, so we get a chance to cook together and I think the students appreciate that, the chance to just be together, as much as the class."

In addition to teaching academic subjects, Burlak has served Buxton as a soccer coach and coordinator for the alternative sports program; is a dormitory parent, and college advisor; is a long-time member of the school's orchestra and chorus; and has traveled with her students to numerous destinations, from to the Grand Canyon region to explore geology and to the Florida Keys to study ocean life up close.

Called a model teacher, generous mentor, and invaluable asset to the Buxton community, Burlak has in turn helped nurture the science careers of many former students, several of whom now teach at the high school and college level.

"Linda is recognized by all of her students at Buxton as an excellent and extremely devoted teacher, and one who continually looks for ways to engage her students in how they can have a more direct hand in their own education," wrote Peter S. Smith, co-director of the school, in a letter nominating Burlak for the prize.

Burlak says that her career has taught her patience and to respect both the interests and the adversities her students come to campus with. "Even at 14, kids have a lot of experiences, and some of those experiences aren't all good," she said. "A lot of kids have had to be the adult in their family ... I've learned how resilient they can be."

The veteran educator says that while she does see retirement on the horizon, it won't be anytime soon. She said she still looks forward to welcoming new teachers and students to Buxton each year.

Her advice to new teachers includes: "teach things you're passionate about," "have confidence" and "listen to the students."

And as for advice to students?

Burlak says, "Dare to be passionate. Dare to care. It's OK to be excited about learning, it's not nerdy or geeky. The more excited you are about something, the more invested you'll be in learning about it."

The James C. Kapteyn Endowment Fund was established at Berkshire Taconic Community Foundation in 2009 to honor the memory of beloved teacher Jamie Kapteyn, who over a 20-year career taught English and coached soccer and lacrosse in the foundation's region, at Deerfield Academy, the Williston Northampton School, and Cushing Academy. The memorial fund's primary mission is to honor its namesake's legacy by recognizing and rewarding other extraordinary educators. Learn more about past recipients and nomination cycles at berkshiretaconic.org/KapteynPrize.