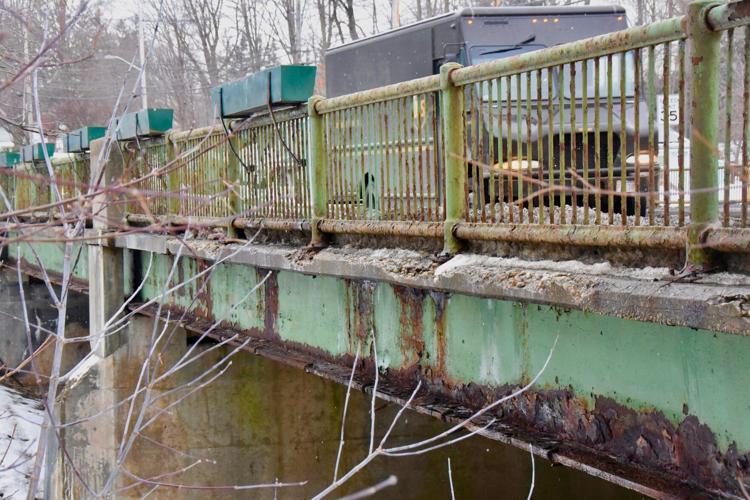 The Main Street bridge over the Green River in Williamstown will undergo a five-year replacement project conducted by the state Department of Transportation. Work is to begin in June. 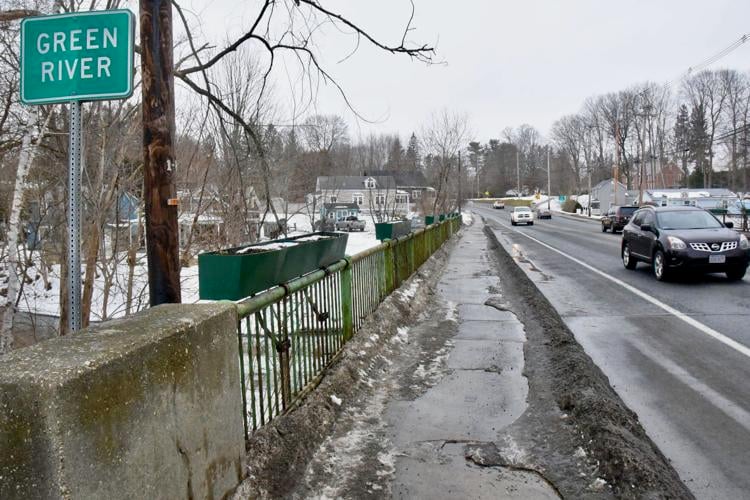 The Main Street bridge over the Green River in Williamstown will undergo a five-year replacement project conducted by the state Department of Transportation.

WILLIAMSTOWN — This coming summer could bring traffic woes to Main Street once the state Department of Transportation begins bridge-replacement work that could last for up to five years.

The existing bridge is a two-span structure built in 1939. Initially the scope of the project was a superstructure replacement, but became a full bridge replacement upon further examination.

According to a letter to Town Manager Jason Hoch from Francisca Heming, the District 1 highway director, the state will take pains to reduce traffic disruption, but the bridge over the Green River on Route 2 just east of the Cole Street intersection will have to close several times during the process.

“There would be roughly five short term (anticipated 24 hours or less) road closures with traffic detoured over Cole Ave. and North Hoosac Road into North Adams,” Heming wrote. “The closures are anticipated to be needed for the erection of bridge beams on four occasions and during the initial curing of the concrete deck in stage two.”

The construction team will limit some traffic disruptions with night work, and reduced activity during the morning and afternoon commutes.

The existing bridge is a two-span structure built in 1939. Initially, the scope of the project was a superstructure replacement, but it became a full bridge replacement upon further examination. The project is estimated to cost $4.85 million. Work is expected to start by June.

According to information released by the engineering firm CME Associates in 2018, the bridge’s center pier likely will need to be replaced and require extensive work in the river. There are overhead and underground utilities located on, over and around the bridge, including an electric substation, electric lines, telephone lines, cable lines, fiber-optic lines, water, sewer and gas.

Many will have to be relocated. Also, the proximity of buildings on the downstream side of the bridge makes the project more complex.

In a nod to the iconic nature of the bridge locally, the bronze medallions located on the existing end posts and the existing flower pots will be incorporated into the new structure.

“MassDOT is aware that Route 2 is heavily traveled and has also included language in the specifications to limit traffic disruptions during construction,” Heming noted.

The Traffic Management Plan allows for two lanes of traffic to be maintained during construction. No work that would interrupt the lanes is allowed during the morning and afternoon commute.

“Short term lane closures in between the morning and afternoon commute may be allowed with permission of MassDOT, on a limited basis for delivery of materials and equipment only,” Heming noted. “Certain work that is anticipated to disrupt traffic is proposed to be done at night. This work would only be done Sunday night thru Thursday night.”

The temporary road closures will include the 4.4-mile detour for one to three days per stage for three stages.

The first year will be mostly related to the utility work, followed by four years of construction seasons, Heming noted.

Work on the Main Street bridge that crosses the Green River has begun in earnest, affecting the flow of traffic on Route 2. Crews have shifted the lanes to allow for work on the southern side on the span, where support structures are in place.

Curious about the Williamstown Main Street bridge replacement project? Here's a look at some of the most frequently asked questions

The $5.2 million Main Street bridge replacement has drawn a lot of questions from interested town residents. Here are some of the most frequently asked questions surrounding the replacement project.