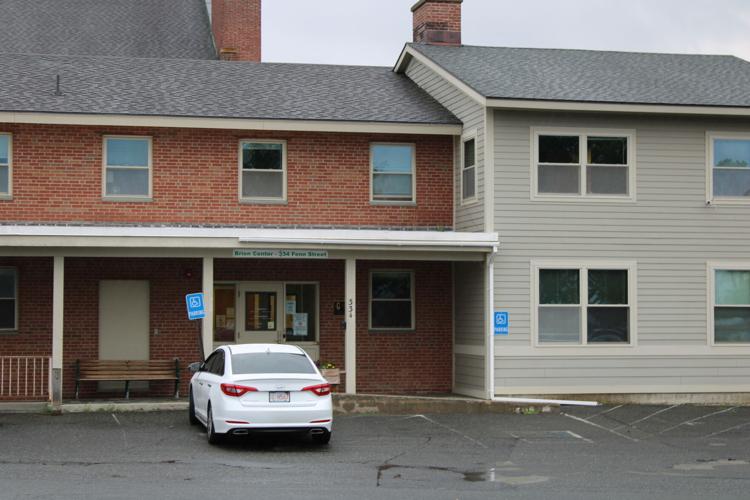 One of the Brien Center's locations, on Fenn St. As calls come in from the 988 Suicide and Crisis Lifeline, the Brien Center will continue to be a critical resource for those in Berkshire County.

The 988 Suicide and Crisis Lifeline launched Saturday, signaling a new option for people experiencing mental health crises that would not require a police or fire response.

As the nation’s suicide prevention and mental health hotlines change, Berkshire County mental health providers are adjusting to the shift.

The 988 Suicide and Crisis Lifeline launched Saturday, signaling a new option for people experiencing mental health crises that would not require a police or fire response. The lifeline, which is available via call or text by entering 988, connects people with call centers, where staff offer immediate help and connect those in distress with services in their area.

The lifeline will effectively replace the National Suicide Hotline, 800-273-8255 (TALK), although that number will remain active. The transition is meant to be easier to remember for users.

“The great thing about 988 is that it’s simplified,” said Kathy Marchi, CEO and president of Samaritans Inc. in Boston. “It gives callers the ease of remembering when they may be distressed.”

If someone calls 988 from Berkshire County, the call would be answered by Samaritans Inc. Those answering the phone will provide “non-judgmental, compassionate listening” to someone struggling with suicidal thoughts or undergoing a mental health crisis, which is what many callers are looking for, Marchi said.

From there, people who call would be transferred to receive services locally if they needed additional support by ZIP code. In Berkshire County, that would bring people to the Brien Center.

Becca Phelps-Smith, director of emergency services for the Brien Center, said her organization is the only crisis team that covers Berkshire County. When the organization receives a call, it determines the best and safest way to provide service to the caller. Its mobile crisis team can reach people where they are to give support.

“The stigma is being chipped away at, but it’s still there. The message here is that it’s okay to reach out and get help.”

Phelps-Smith said the calls are typically handled by a crisis care coordinator, but may involve local police departments, if they believe the situation is unsafe. A post from the Massachusetts State 911 Department noted that in rare circumstances, Lifeline operators may contact emergency services from police or fire departments if someone is believed to be at imminent risk of harm to themselves or others. This occurs in less than 2 percent of calls.

The switch to the 988 number is expected to increase call volumes considerably. A press release from the Substance Abuse and Mental Health Services Administration said that the number of callers and texters to the service is expected to at least double from its 2021 total of about 3.6 million after the transition to the 988 Lifeline.

Marchi said her organization has seen nearly double its normal call volume just since Saturday. On the local side, however, Phelps-Smith said there hasn’t been a noticeable increase.

Since Berkshire County is smaller, people in crisis are more likely to know who to reach out to directly, she said, as opposed to navigating larger systems in Boston or elsewhere.

“We haven’t gotten any calls yet,” Phelps-Smith said, as of Tuesday. “Most people know to call us directly, so it’s not surprising to me.”

Melissa Helm, executive director for the National Alliance on Mental Illness Berkshire County, said the new lifeline is an effort to make services more accessible for those who need them.

“The stigma is being chipped away at, but it’s still there,” Helm said. “The message here is that it’s OK to reach out and get help.”

Marchi and Phelps-Smith both say there will be a need for additional staff and volunteers at their organizations, and encouraged anyone who might be interested to consider applying. More information can be found on the Samaritans, Inc. and Brien Center websites.

Helm also encouraged anyone who might want information on volunteering to reach out to NAMI Berkshire County or the Berkshire Coalition for Suicide Prevention.

“People who do that work are real-life superheroes in my book,” Helm said.