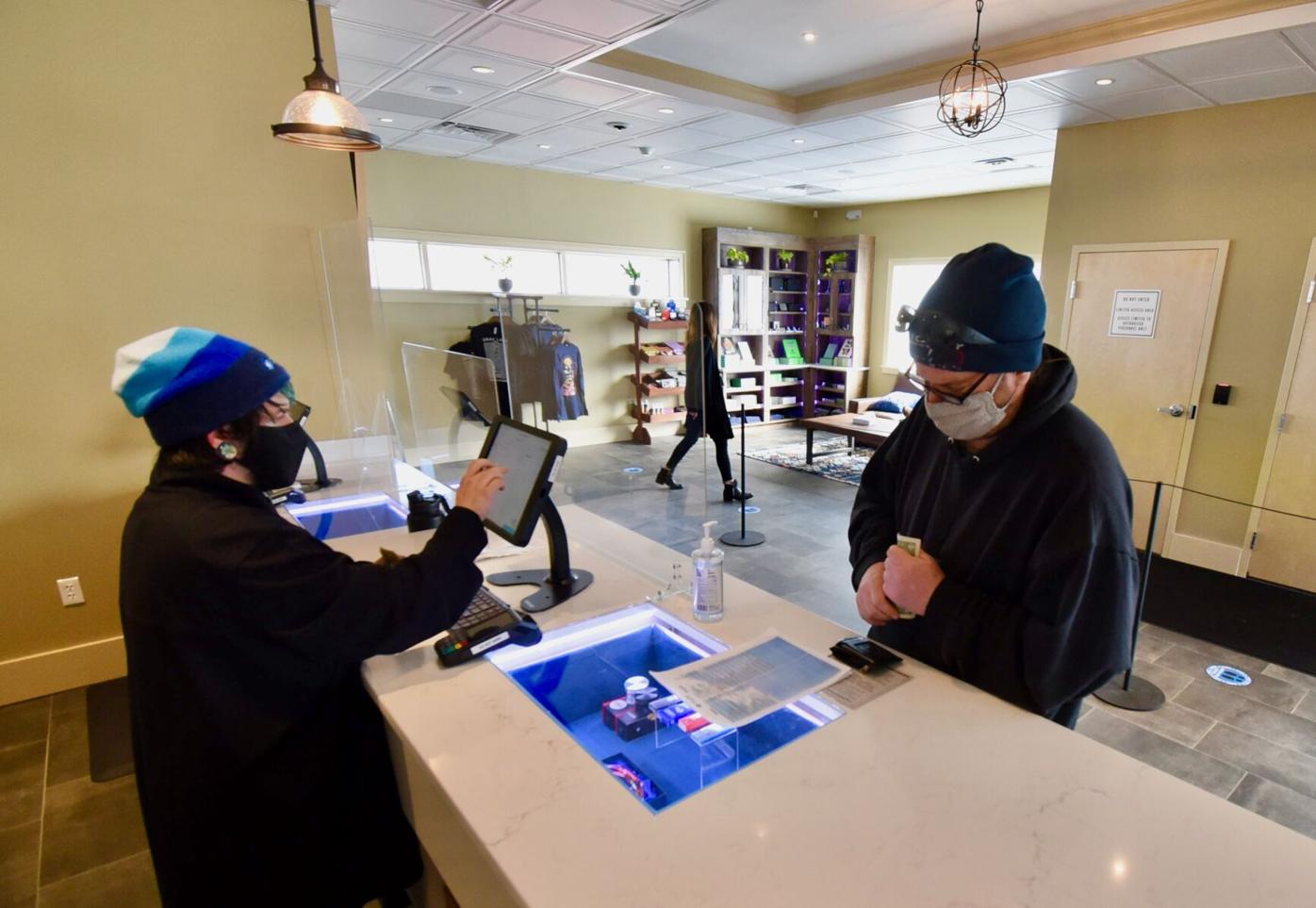 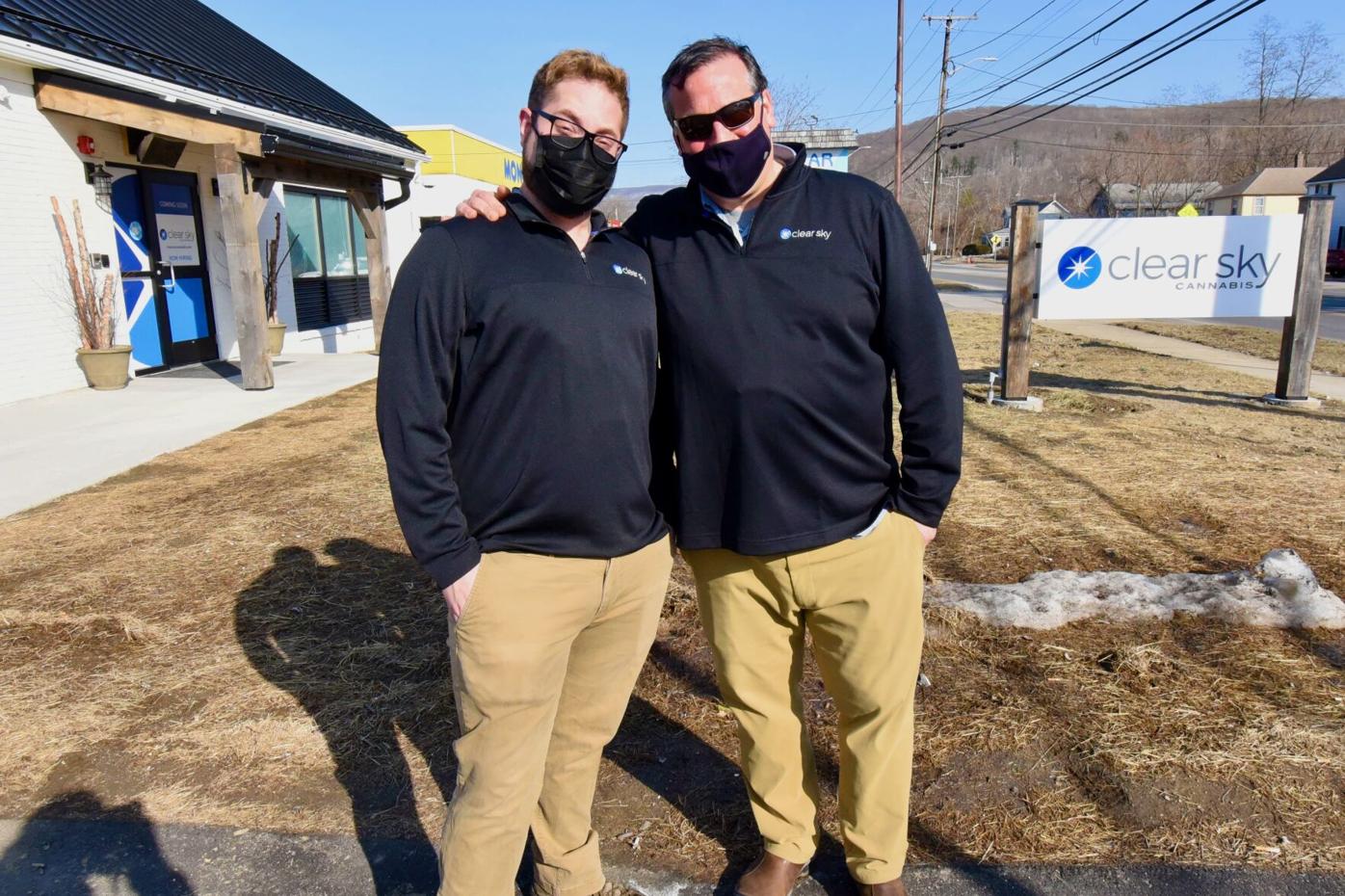 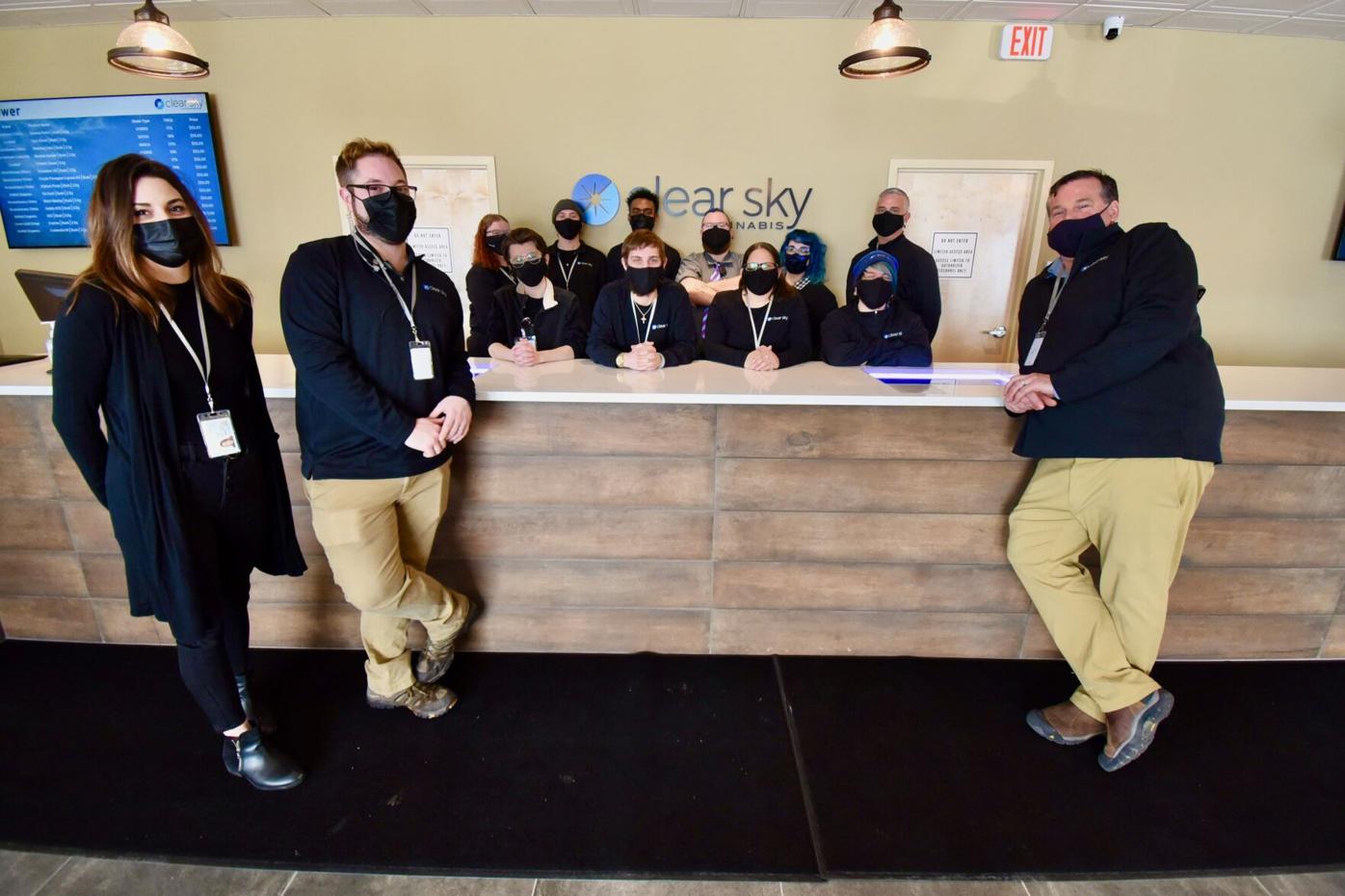 NORTH ADAMS — A few months from now, a walk-up window at the former Friendly’s restaurant at 221 State Road will reopen — the same window that, for years, was used to dispense ice cream.

The CEO of Clear Sky Cannabis, which plans a grand opening Saturday, likes riffing on the building’s history. On one wall, the former front door from the old Friendly’s has been refurbished and mounted, harkening back to the history of the building.

“It’s our way of honoring the many memories that have been made over the decades for so many North Adams families,” said Anthony Parrinello, CEO of the Stow-based Evergreen Strategies LLC, parent company of Clear Sky Cannabis. “We want to keep that as a part of the community and restart the reputation as the friendliest place in town.”

Clear Sky, the second cannabis outlet in northern Berkshire County, held its soft opening Monday. At 9:45 a.m. Saturday. it will mark its arrival with a ribbon-cutting and gifts for the first 250 customers in the door.

The shop in the fully renovated former Friendly’s stands at the front of the shopping center that once housed the Price Chopper grocery store.

In front of the counter, from left, are Jenn Miller, vice president of retail for Clear Sky Cannabis; General Manager Keifer Gammell and owner…

Parrinello says he has years of experience in the medical marijuana industry as the former chief operating officer of Sira Naturals and then as CEO of Temescal Wellness. He has been preparing for this opening since early in 2018. With the coronavirus pandemic slowing everything down, Parrinello was only able to start working on the 4,200-square-foot building a few months ago.

It’s done now, and Clear Sky has plenty of inventory on hand for the grand opening, including more than 5,000 pre-rolled joints from 40 strains of cannabis, and more than 37 pounds of flower from 20 strains.

“A lot of stores have purchasing limits, but we don’t want to have limits,” Parrinello said. Some shops set purchasing limits below what the state allows. “We have robust offerings and super-friendly staff, along with a good vibe.”

The store features social distancing measures and some retail merchandise, as well as a rotating art gallery managed by the Common Folk Collective. Pieces can be purchased at the shop, with all proceeds going to the artists, Parrinello noted.

“It’s about understanding who we are, where we are, the people around us and the cultural region in which we have settled,” he said.

Another feature of the store, rare for a retail cannabis shop, is the translucent windows on the sales floor, offering lots of daylight, although nobody can see from the street what is inside.

According to General Manager Keifer Gammell, there are 18 employees, 17 of them full time. Thirteen of them are North Adams residents. Some of the others are from Williamstown.

Products available for purchase include flower, vaping cartridges, concentrates, edibles, capsules, tinctures and topicals. There also are a variety of pipes, rolling papers and other accessories.

Parrinello said that, starting Saturday, customers will be able to preorder online, as well as make walk-in purchases. And as things settle in, curbside pickup will be available. Toward the end of the year, Clear Sky will add medical marijuana to the lineup.

For now, Clear Sky is purchasing its products from wholesalers. But, by the end of the year, Evergreen’s marijuana-growing operation will begin in its West Boylston facility. Evergreen plans to open retail locations in Belchertown and Worcester in the coming months.

The new business has committed to being a sponsor of the Berkshire Food Pantry, Parrinello said.

The Host Community Agreement with North Adams requires Evergreen to pay an annual community impact fee equal to 3 percent of its total revenue from marijuana sales quarterly for five years, after which the company and city will negotiate a new community impact fee.

On top of the impact fee, the city will receive revenue from standard property taxes on the site.

In 2016, 61.9 percent of city voters approved the ballot question to legalize recreational marijuana. This year, the city adopted a set of zoning regulations for licensed marijuana establishments.