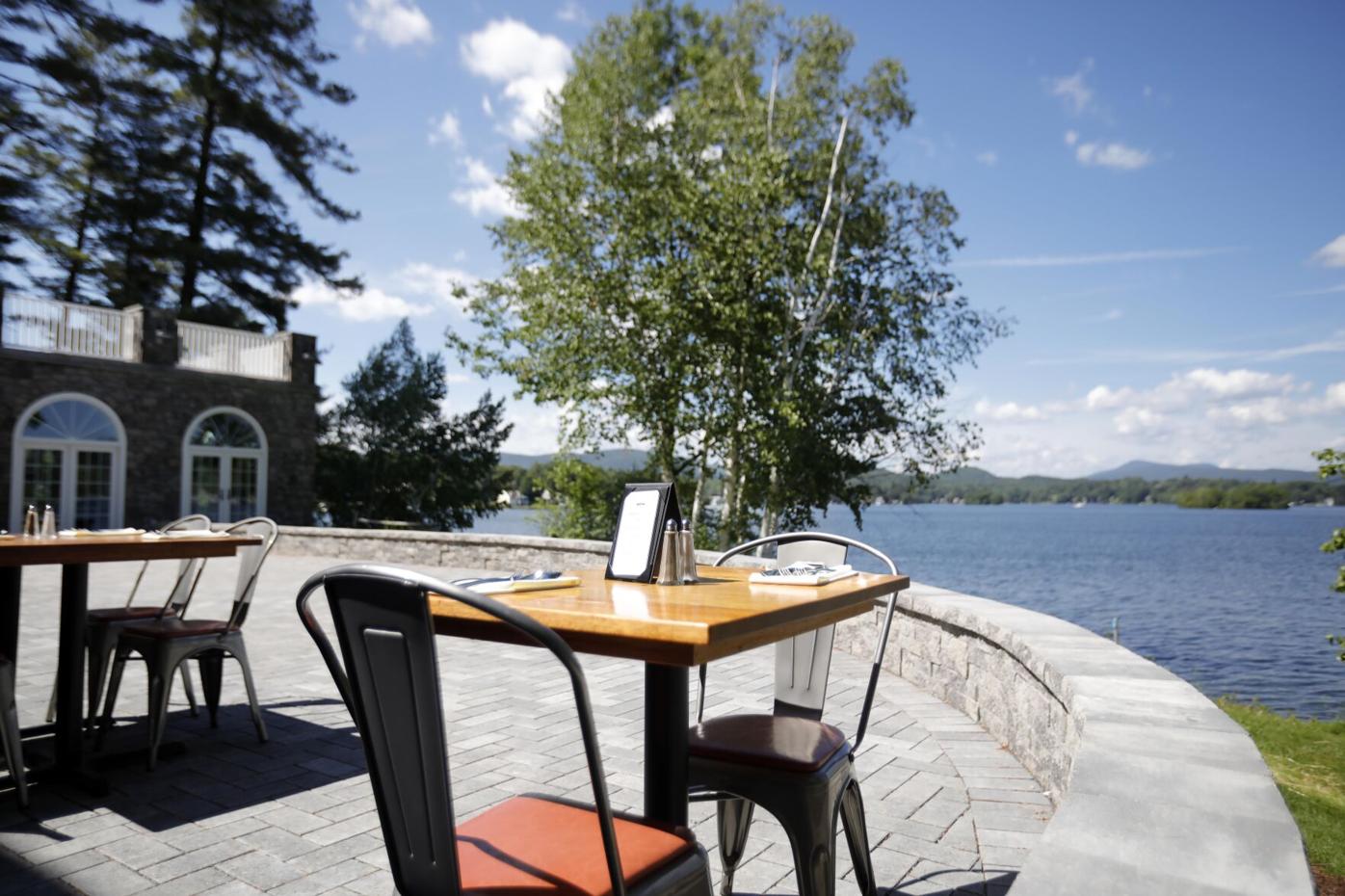 A view out onto Pontoosuc Lake from a patio and deck at the Proprietor’s Lodge in Pittsfield. 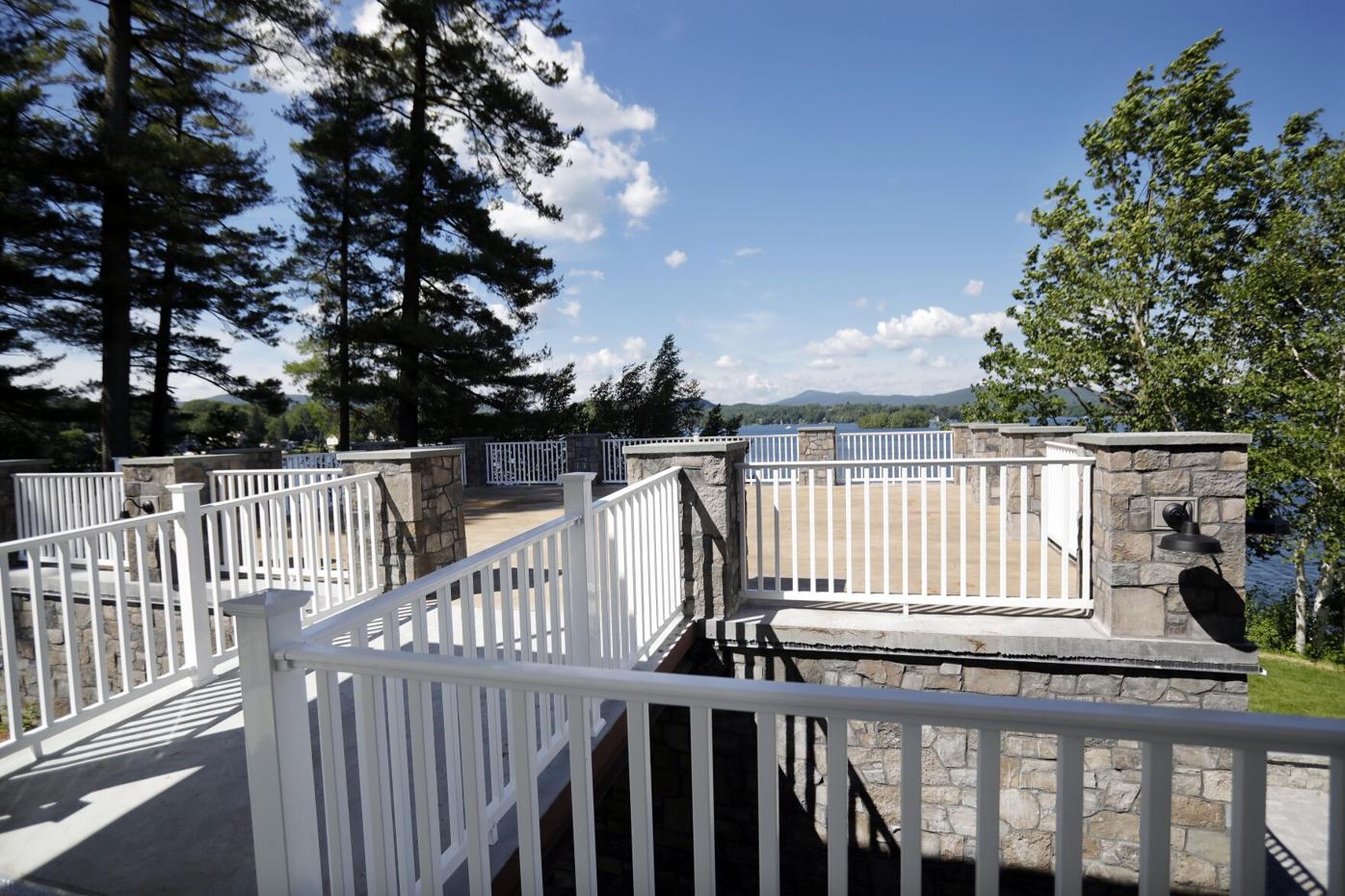 A new Pontoosuc Lake dock and marina tentatively approved this week by the state Department of Environmental Protection would sit below this “ceremony spot” at the Proprietor’s Lodge in Pittsfield.

PITTSFIELD — Right after Eric Taylor set out to transform a former social club into a restaurant and wedding venue, he applied for a permit to install a dock out onto Pontoosuc Lake, one of the state’s Great Ponds.

“We struggle with capacity now in the parking lot. When the sun’s out everybody wants to be out on the water. Everybody who doesn’t show up in a car is a plus for us.”

— Eric Taylor, owner, Proprietor's Lodge in Pittsfield, on the shore of Pontoosuc Lake

That was three years ago. This week, Taylor won a provisional license from the state Department of Environmental Protection to float that structure behind the Proprietor’s Lodge at 22 Waubeek Road.

“I often wondered why it took so long,” he said Wednesday. “We’re excited about it. It’s a whole new element to what we want to do.”

The license must clear a 21-day appeal period, but once that happens, Taylor can pursue his goal of linking the former ITAM Lodge site with his other business on Pontoosuc, the Lake House Guest Cottages up around the eastern shore in Lanesborough.

The 12-slip marina approved by the DEP’s Division of Wetlands and Waterways will allow the lodge to bring guests in by water to events. And when the dock goes in next year, the lodge’s restaurant again will offer delivery of takeout meals across the lake to boats and homes, a service it piloted in 2020 from a temporary mooring approved by the city’s harbormaster. Last summer, the lodge delivered hundreds of meals by boat.

With ITAM Lodge purchased, next goal is to link it to the Lake House Guest Cottages

PITTSFIELD — A local contractor has purchased the ITAM Lodge on Waubeek Road, and intends to link the property to a multipurpose venue that he already owns and operates in Lanesborough.New …

PITTSFIELD — The first phase of renovations is complete at the former ITAM property on Pontoosuc Lake, and more changes are on the way — including the opening of a new 150-seat lakeside …

“We struggle with capacity now in the parking lot,” Taylor said. “When the sun’s out, everybody wants to be out on the water. Everybody who doesn’t show up in a car is a plus for us.”

The dock will allow people attending a wedding at the Proprietor’s Lodge to stay at his Lanesborough cottages and travel by boat to the event.

During a public hearing in June, some people expressed concerns about a new dock’s impact on fish or plant life. Taylor said his application provided information that answered those questions, paving the way for the application’s approval.

The license requires that two slips on the dock be kept available for nonmotorized watercraft. The DEP says the dock must allow public access during the day. Taylor said that will enable kayakers to come and launch from the floating dock, which will provide about 1,200 square feet of surface area. He said he plans to order the dock soon.

“We expect people to come off the water and visit the restaurant,” he said. “We have to allow public access, even if they don’t go to the restaurant.”

The dock will sit behind the lodge from a concrete abutment near the new “ceremony spot” that Taylor constructed after opening the property in September 2018.

The dock will be pinned to the lake bottom to prevent it from drifting. The DEP license is for 30 years but is renewable. The structure will be removed from the lake at the end of the boating season every year.

The license spells out many do’s and don’ts. For example, it limits visiting boats to 24 feet in length. No more than 10 motorized boats can dock at any time. Every year, the dock owner must report to the DEP, providing photos of the structure.

Pittsfield Licensing Board: Proprietor's Lodge can only have amplified outdoor music for weddings

Since it opened, the 16,000-square-foot lodge, once the site of the Breezy Knoll Inn, has navigated turbulence, as neighbors raised concerns about traffic on the lakeshore area’s narrow roads. The Licensing Board, after hearing from local residents, restricted the use of amplified music to wedding events.

Springside Park is once again in the spotlight as the Parks Commission discusses a safety plan for future park clean ups and the saga of the proposed mountain bike pump track and skills course continues.