SANDISFIELD — A cannabis grower seeking to operate a greenhouse and manufacturing business has given town officials additional information they had requested to inform their vote Monday on whether to grant a special permit for the project.

The company, Sama Productions LLC, provided details on the potential for noise, pollution, and proof that the company can operate its proposed business on property it owns near the state forest.

The deed attached to the company's three lots totaling 60 acres, however, has a restriction placed on it by the property's seller that Jesse Belcher-Timme, an attorney for a group of residents, says should, in part, disqualify the company from receiving the permit. That restriction says only single-family homes can be built there.

Select Board members, noting at last week's public hearing that the restriction is an issue between the buyer and seller only, said their concern is whether it would prevent Sama from operating their business.

Sama plans to build 23 organic-grow greenhouses totaling more than 100,000 square feet, and a 5,000-square-foot building for processing the plants. The operation will cover 46 acres of the total property near the intersection of Abbey and Town Hill roads.

Residents are divided; some want the town to seize an opportunity for much-needed revenue, while others don't want the woodland town sullied by the industry. At annual town meeting on May 15, voters will weigh in on the town's first set of cannabis regulations.

Company engineer and project manager Jim Scalise, of SK Design Group, said at the hearing that the deed is "not relevant under zoning [bylaws]" and "there's no debate about the control of the property."

John Heck, one of Sama's principals, told the board that during his search for land, the seller knew Heck wanted to build a cannabis operation. And in response to questioning from town resident Leslie Garwood, Heck said the permit hearing isn't the place to discuss "whatever issues arise about the deed."

Garwood told The Eagle on Friday that the seller had placed the same restriction on neighboring lots, and that recourse might only be possible if the abutters were to file a lawsuit.

"It's pitting a big company with muscle against all these little people who own land and expect to build a home on it someday," she said.

Belcher-Timme, in his letter on behalf of residents, said that Sama included an older deed in its permit application that did not show the restriction. He says that this covenant confirms that the intent of previous owners was to keep this area residential as it has been "and should remain."

Heck did not respond to messages seeking comment about the deed.

Board member George Riley had asked the company to produce the new information, which the town posted to its website Friday. It includes that proof of a real estate contract, and information about noise and the safety of equipment used to extract oils from the plants. 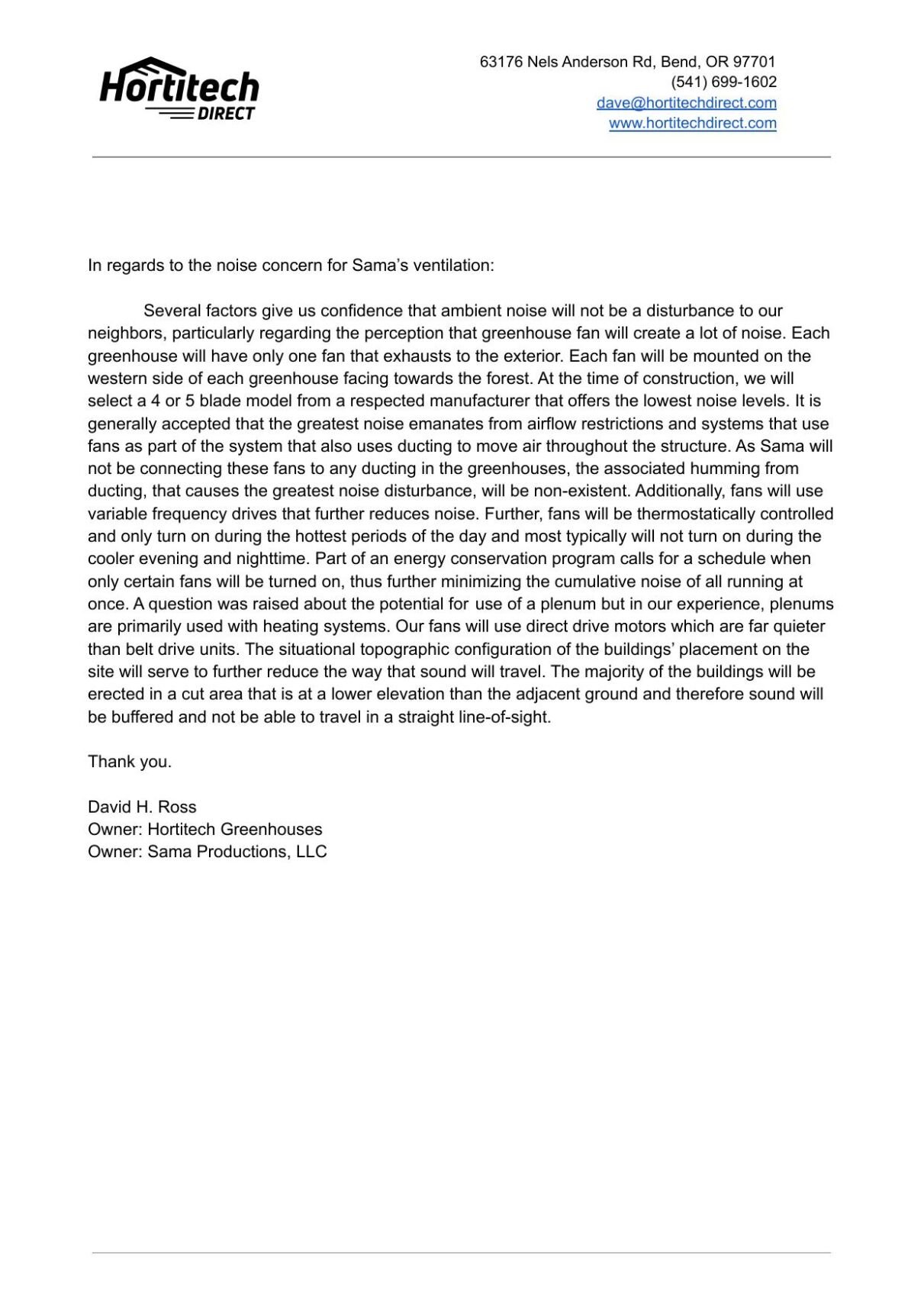 A letter from greenhouse supply company Horitech Direct says noise from a fan in each greenhouse will not disturb neighbors, in part, because of where the greenhouses will be situated on the property.

The company also provided an analysis confirming the safety and effectiveness of the hydroxyl air processor Sama plans to use to control odors, after Riley said he had read a study suggesting the method could create harmful byproducts.

The board will meet for a discussion and vote at 6 p.m. Monday at the town highway garage. The public can attend in person or on Zoom.