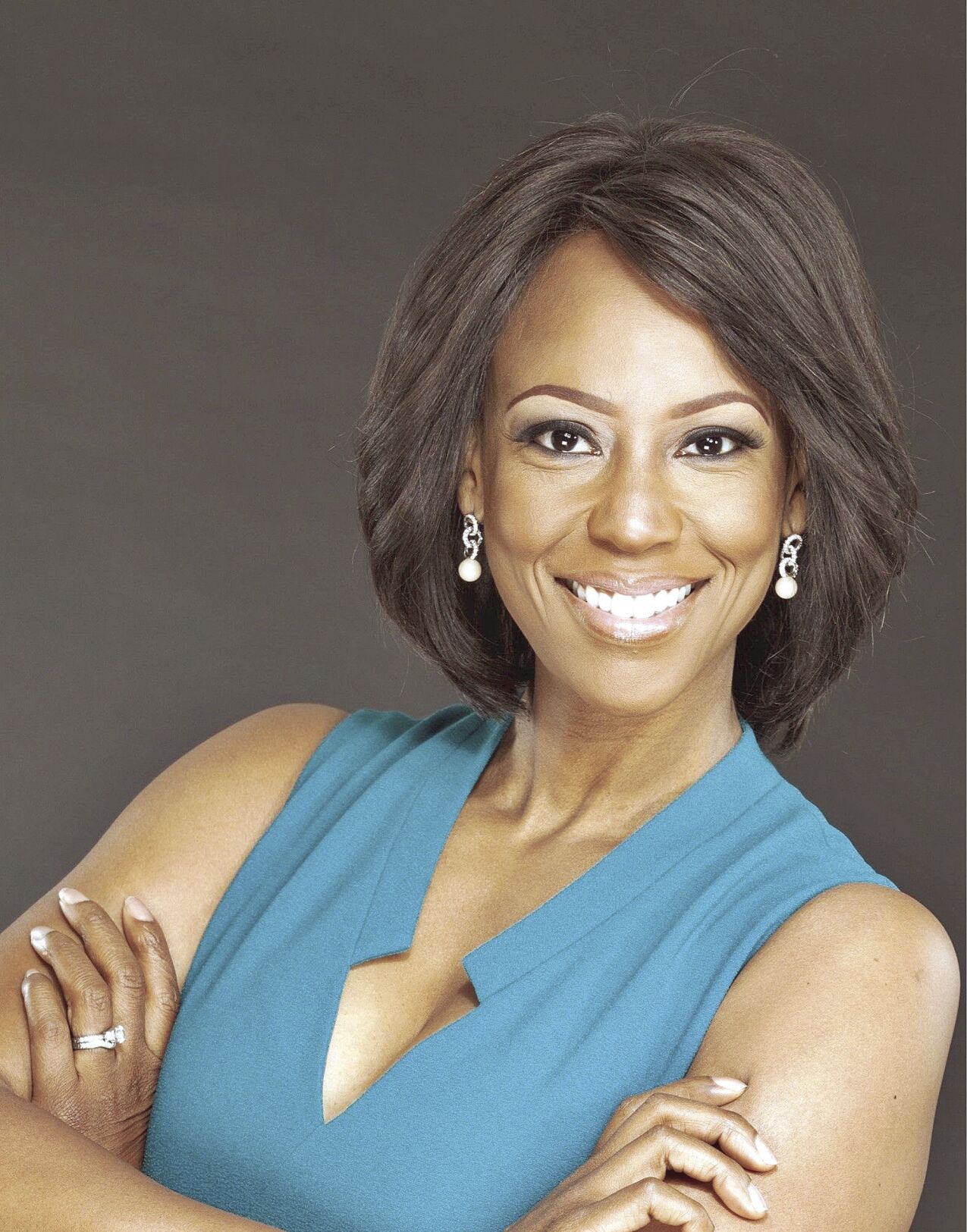 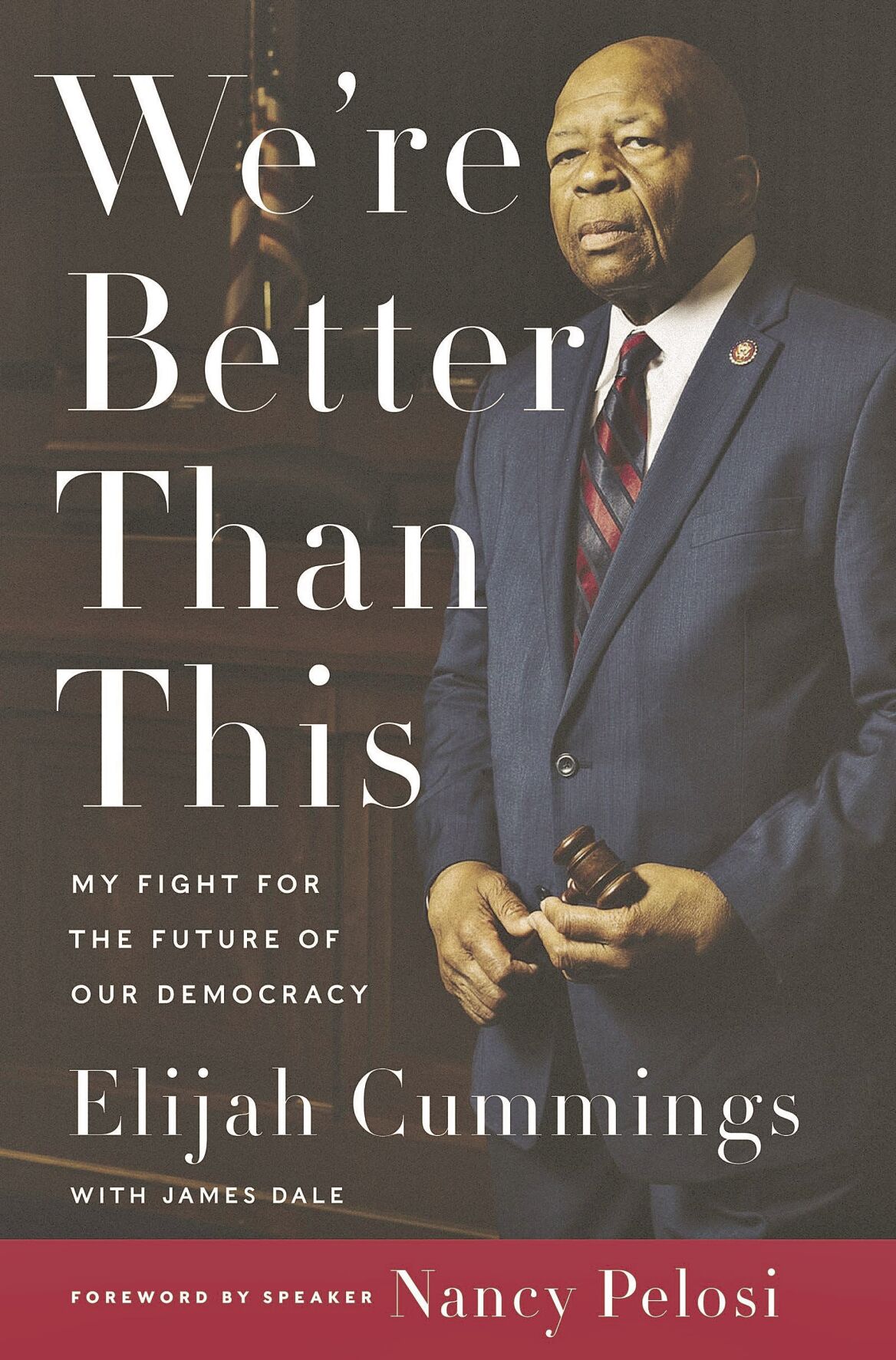 The memoir, “We’re Better Than This: My Fight for the Future of Our Democracy,” by the late U.S. Rep. Elijah Cummings, was released posthumously last week.

The memoir, “We’re Better Than This: My Fight for the Future of Our Democracy,” by the late U.S. Rep. Elijah Cummings, was released posthumously last week.

Elijah Cummings did not live to see President Donald Trump's tax returns, but the longtime U.S. representative from Baltimore spent much of his final year of life working to bring those records to the public.

In a memoir released last week, Cummings, who died late last year, offers reflections on the Republican leadership that Cummings believed to be an impediment to democratic values, as well as uplifting stories from his rise — the son of a sharecropper, Cummings grew up poor and Black in Jim Crow-segregated Baltimore — to the heights of Capitol Hill.

Maya Rockeymoore Cummings, a former chairwoman of the Maryland Democratic Party and the widow of the late congressman, will join the Osher Lifelong Learning Institute (OLLI) at Berkshire Community College for a Wednesday conversation on the memoir, “We’re Better Than This: My Fight for the Future of Our Democracy.”

The event will be held at 7 p.m. on Zoom and is free to attend, although registration is required.

The event is held in partnership with The Berkshire Eagle and the Berkshire branch of the NAACP, and Berkshire Gas is a co-sponsor.

"He viewed Donald Trump as being hostile to democratic values, that he was hostile to a unified country, that he deliberately sought to divide people by states, by cities, by race, by class — you name it — and that ultimately we’re better than this," Rockeymoore Cummings told The Eagle in a phone interview on Monday. "We deserve better than Donald J. Trump.

"The message today is even more incredible because of the New York Times report on Donald Trump’s tax returns," she said. "All this started with Elijah.”

Rockeymoore Cummings, who is herself writing a book about dismantling structural racism, will speak with former Berkshire NAACP President Will Singleton, a member of OLLI’s board of directors and The Berkshire Eagle advisory board.

Singleton said he "thoroughly enjoyed" reading the memoir and admired the late Cummings' "emphasis on family, his emphasis on the influence that his parents had on him and his siblings [and] the love and respect that he had for his wife.”

“I would hope that people, especially the people in the House, in the Senate and our president, would read the book and realize that with all the issues that divide us ... that we have more in common than we have that divides us," Singleton said. "And that was his emphasis, I thought, when he said, ‘We’re better than this.’"

Rockeymoore Cummings said the late congressman had valued bridging divides of all kinds, and he "understood that you had to get to know people on the level of your common humanity."

He reached out to form a personal relationship with Trump following Trump's election but concluded that Trump could not be trusted. In 2018, Cummings became chairman of the House Committee on Oversight and Reform, which led probes of Trump’s connections with Russia, Trump’s taxes and other issues pertaining to immigration policy and racism.

This year, Cummings would want all people to take action by voting, Rockeymoore Cummings said.

“He wants people to vote in numbers so strong and so deep that there’s no possibility of Trump trying to claim an Electoral College victory," she said.

Beyond the assessment of today's politics, the memoir also offers a tale of triumph, Rockeymoore Cummings said.

And she compared her husband's journey with that of the late Supreme Court Justice Ruth Bader Ginsburg, who died earlier this month.

"They had the same arc, where they come from a persecuted people where the country marginalized them for their gender or for their race, and then they used the legal profession to challenged the system and rise to the highest offices of their profession," she said. "That is triumph. We can return to that if we make the right decisions and vote.”