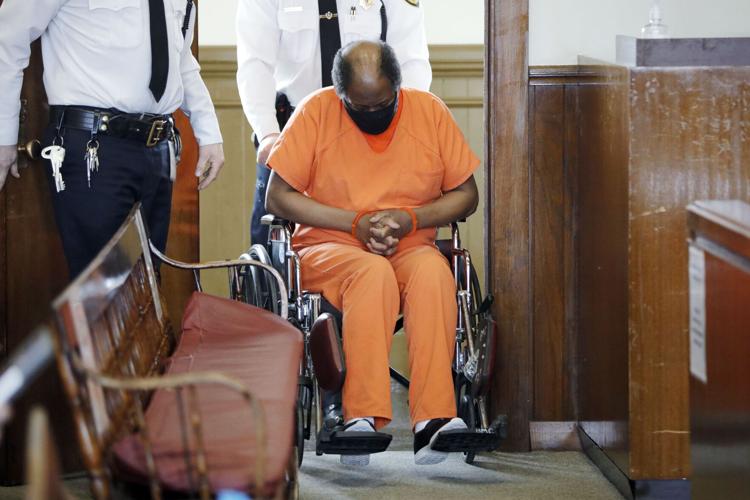 Former Olympian Conrad Mainwaring, 69, is arraigned Tuesday in Berkshire Superior Court in Pittsfield on multiple charges of sexual assault against young boys when he served as the track coach at Camp Greylock for Boys in Becket in the 1970s. 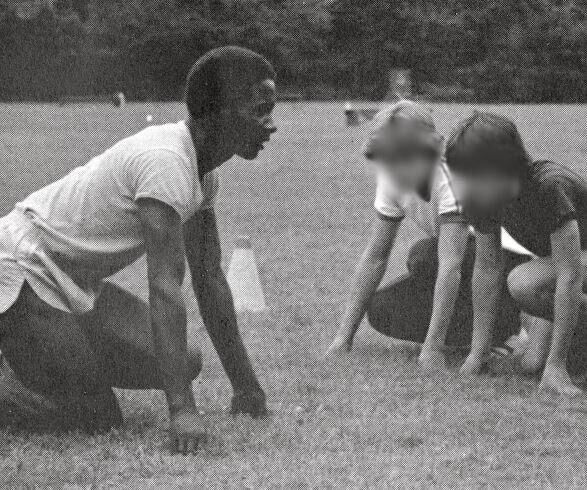 Conrad Mainwaring worked with hundreds of boys at Camp Greylock for Boys in Becket, as shown in this photo from a camp yearbook. Mainwaring pleaded not guilty Tuesday in Berkshire Superior Court to multiple counts of molesting boys there in the 1970s. 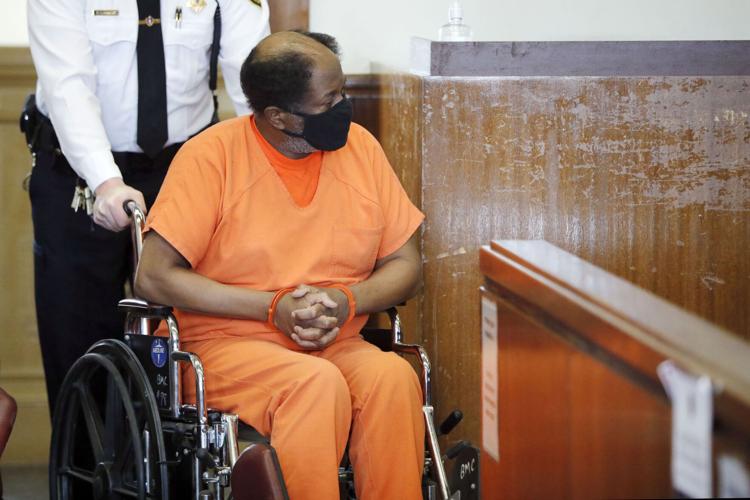 Authorities in Berkshire County accuse Mainwaring, a Los Angeles resident and United Kingdom national, of molesting seven campers from 1975 to 1979 while working as a counselor at the summer camp off Route 20 in Becket.

PITTSFIELD — After more than 45 years, the law caught up with alleged “serial predator” and former Olympian Conrad Mainwaring on Tuesday in a Berkshire County courthouse.

Mainwaring, 69, was arraigned in Berkshire Superior Court on nine counts of indecent assault and battery for alleged crimes against boys 14 or older, and three counts for alleged abuse of boys younger than 14. Not guilty pleas were entered on his behalf on all the charges.

Authorities in Berkshire County accuse Mainwaring, a Los Angeles resident and United Kingdom national, of molesting seven campers from 1975 to…

Mainwaring was arrested on a fugitive-from-justice warrant as he left a Los Angeles County courthouse after a plea in a separate case from 2019 that police there said stemmed from abuse of one of his male athletes at a track in West Los Angeles “under the guise of physical therapy and mental focus training.” Mainwaring is on probation.

Authorities in Berkshire County accuse Mainwaring, a Los Angeles resident and United Kingdom national, of molesting seven campers from 1975 to 1979 while working as a counselor at the summer camp off Route 20 in Becket.

Massachusetts State Police assigned to the Berkshire Detective Unit launched their investigation after ESPN released a bombshell investigative report in 2019 about Mainwaring. More than 52 men told the outlet that Mainwaring abused them when they were young, in incidents from the 1970s to 2016. The investigation involved interviews across several states and college campuses, state police said.

Andrew Zenoff, of California, came forward to freelance ESPN reporter Mike Kessler and disclosed that his brother, Victor, had been molested three summers in a row at Camp Greylock. Victor was 17 when he died in a fall at Yosemite National Park, not long after he confided in his mother about the alleged abuse.

ESPN reported that seven of the men said they met Mainwaring in the 1970s while campers at Camp Greylock. They said Mainwaring sexually abused them under the guise of training. Berkshire County prosecutors obtained 12 indictments relating to alleged assaults of seven boys.

Tesoniero alleged that Mainwaring leveraged his Olympic credentials as part of a grooming technique deployed to “perpetrate sexual violence on these young boys.”

Conrad Mainwaring worked with hundreds of boys at Camp Greylock for Boys in Becket, as shown in this photo from a camp yearbook. Mainwaring pl…

“He would make them believe that through the sexual assault, he was making them into better athletes, stronger as far as mental capabilities, or simply their athletic abilities,” the prosecutor said.

She said Mainwaring allegedly sexually assaulted boys in a victim’s bunk, at the camp’s football field and on a bus returning to Camp Greylock after an excursion. She said Mainwaring told the boys they had to resist sexual urges in order to be mentally stronger athletes.

Tesoniero said the state police investigation revealed that Mainwaring is a “serial predator of boys since the 1970s” whose alleged victims hailed from Massachusetts, Connecticut, California, New York and England.

Mainwaring has lived in Los Angeles for over three decades, and earned a master’s degree from Syracuse University, said defense lawyer Dean R. Manuel, who said his client had a long and successful career as an athlete.

Mainwaring ran for Antigua in the 1976 Summer Olympics in Montreal and went on to coach runners, including an Olympian. He and Manuel did not comment after the hearing, at which Mainwaring used a wheelchair, having had hip surgery, Manuel told the court.

“These are old allegations from the 1970s,” Manuel said. “He’s entitled to a full and fair trial.”

Judge John Agostini accepted the prosecutor’s request to hold Mainwaring on $200,000 bail, an amount Manuel said was “excessive” and beyond Mainwaring’s ability to pay.

Tesoniero pressed for the bail amount, given what she described as the scope and length of the allegations, his potential to flee and the criminal potential penalties she said could be imposed consecutively.

If Mainwaring posts bail, Agostini ordered him to surrender his passport, waive rendition and have no contact with children younger than 16.

District Attorney Andrea Harrington thanked State Police for their continued work on the case and said authorities believe “there are many other victims.”

“We take allegations of adults who abuse their position of trust by preying on youth very seriously and will continue to focus our prosecutorial resources on holding perpetrators of these crimes accountable,” Harrington said in a statement.

Mainwaring’s next hearing is scheduled for 2 p.m. May 27.

Conrad Mainwaring, the 69-year-old former Olympian, was arraigned in Superior Court Thursday on four new charges connected with investigators' identification of two additional victims. He pleaded not guilty and remains held in custody.