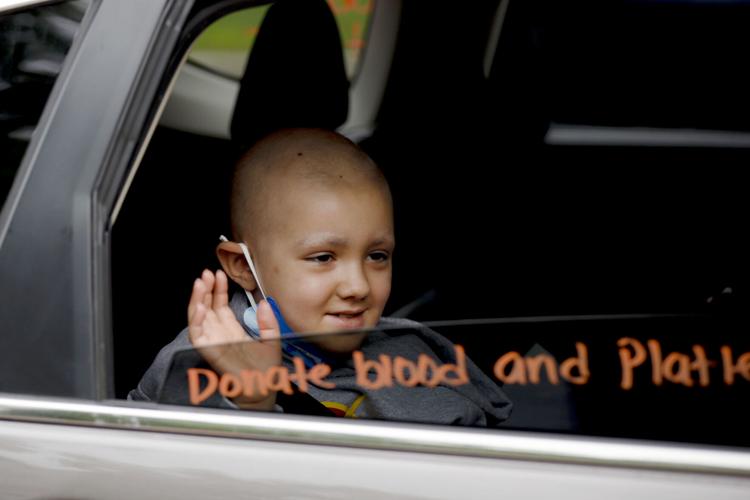 Eight-year-old Carter LaCasse, who has spent the last six months at Boston Children’s Hospital battling leukemia, waves to a cheering crowd of students, teachers, and the school band Tuesday outside of Pittsfield High School, where his mother is a teacher. 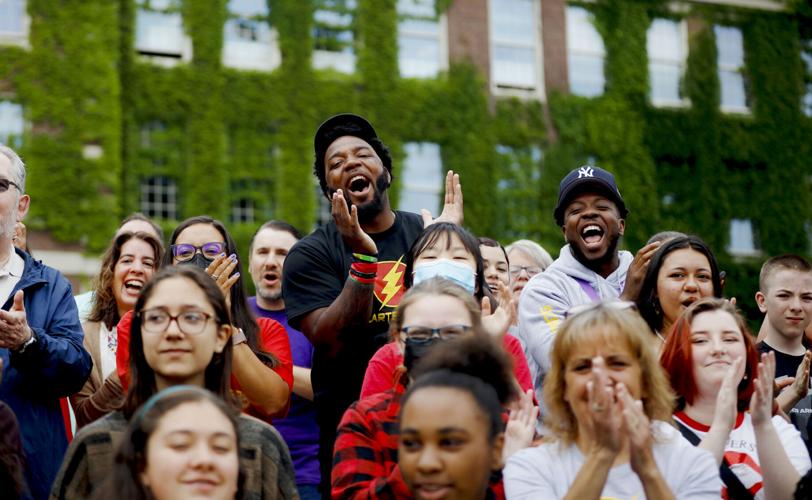 Students and teachers gather at the steps of Pittsfield High School to welcome home 8-year-old Carter LaCasse, who has spent the last six months at Boston Children’s Hospital battling leukemia. Carter's mother, Crystal Czerno, is a teacher at the high school. 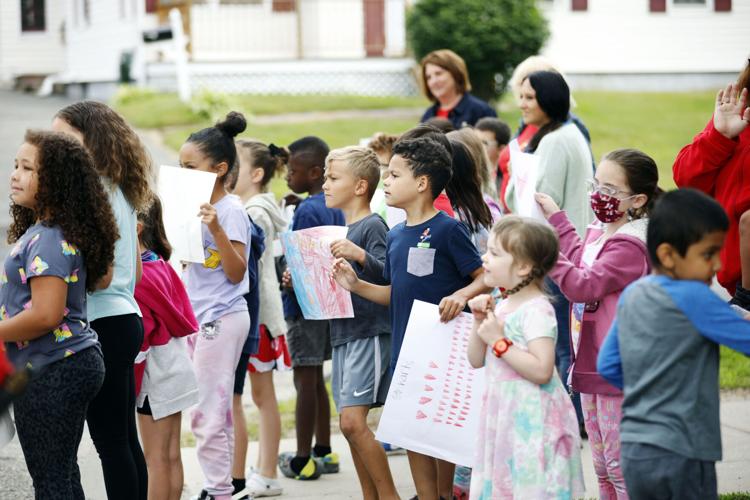 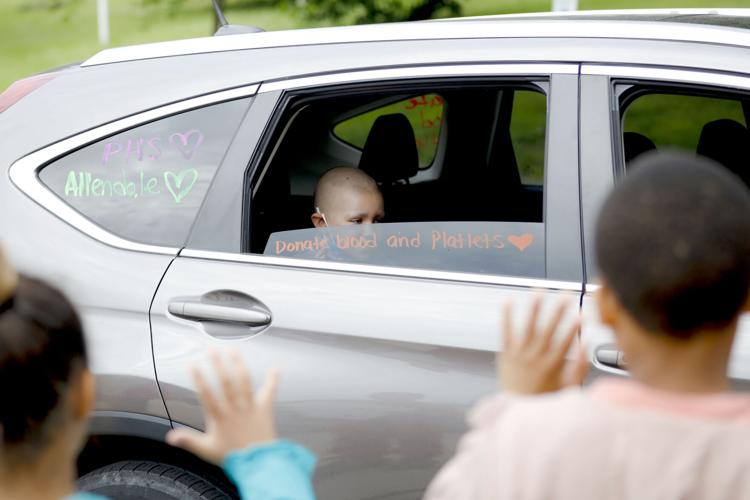 If you ask Carter LaCasse’s second grade classmates to tell you about him, they’ll have a lot to say.

It’ll usually start something like this: his favorite color is red. He loves pizza. He’s been known to have a dance party in the park on occasion. He can tell a great joke — apparently so great that even as the second graders recalled them, they couldn’t stop laughing.

But it doesn’t stop there. The kids said Carter was kind to everyone, respectful and always there to lend a helping hand. He helped his fellow students get their books back in their desks and even settled some disagreements between his classmates.

Actor Ezra Miller, aka The Flash, has a special message for one Pittsfield boy fighting leukemia: You're the real superhero

“When I would get upset, he’d tell me to calm down, take deep breaths and think of flowers,” said Hanna Moran, a classmate.

No matter what the students had to say, they shared a common sentiment: It’s good to have him back.

Since December, Carter has been away receiving treatment for leukemia, a cancer that affects blood forming tissue in the body. Carter’s illness was a rare one: acute leukemia of ambiguous origin that has features found in both of the more common forms of the cancer. It is also sometimes called hybrid, or mixed-lineage leukemia.

Carter received countless blood and platelet donations to combat the disease. After getting a stem cell transplant in April, Carter showed improvement enough to leave the hospital.

And on Tuesday, supporters gathered at Allendale Elementary School, where he is a student, and Pittsfield High School, where his mother, Crystal Czerno, is a math teacher, to wave and give Carter a warm welcome home.

It was a moment many of his biggest fans had been waiting for. In the months since Carter’s diagnosis, many have rallied to the cause using #CarterStrong to show support.

Keeping spirits high was a delicate balance, said Lynn Taylor, the Allendale principal. The school has held a number of events and days in support of Carter, she said, but the events were always celebratory.

School adjustment counselors were available to speak with students and inform them about what their classmate was going through, she said. The staff at the school knew it was hard for the kids to constantly think about a sick classmate, and tried to keep uplifting the student body.

“We didn’t want it to consume their minds, even though it did consume some of our minds,” Taylor said.

She said the school was intentional about when it held events for Carter, particularly getting the students together for videos and cards when they felt it might lift up his spirits.

Czerno, Carter’s mother, said they often seemed to get there just at the right time.

“I don’t know how they knew,” she said. “They’d send us a flood of pictures and I’d just say, ‘How did you know I needed this today?’ ”

Over recent months, Czerno has been by his side, getting every minute she can with him. They’ve spent a lot of that time playing board games together and watching old movies, she said. They’ve both shed their fair share of tears, too.

Though she clung onto those moments in the hospital, hoping she’d get many, many more, Czerno’s goal for her son was always much longer than that: forever, to be specific. At least, her forever.

Although she’s waiting for him to grow up, there’s part of her that knows he’s not just a kid anymore either.

“Carter’s not going to be the same,” Czerno said. “He’s not just an 8-year-old boy anymore; he’s an 8-year-old boy who fought for his life, who knows more about blood cells and platelet counts and A1C levels than most adults. He’s still that same sweet boy; he just has a lot less in common with other 8-year-olds now.”

The return home comes with some tough realities, and a lot of waiting. Carter’s treatment has suppressed his immune system, meaning he has to limit exposure to others. He won’t be able to return to school for six to eight months. It’ll be 2 1/2 years before things will be completely settled with the stem cell transplant, too.

But for now, it’s about taking it one day at a time, Czerno said, and celebrating getting out of the hospital.

Once those 2 1/2 years are up, it’ll also open up a new opportunity: a chance for Carter to correspond with, and even meet, the stem cell donor who saved his life. It’s an opportunity that Carter and Czerno are ready to jump at.

“I owe my life to this person,” Czerno said. “He gave my son a second chance at life, and he gave me a chance at my forever with him.”