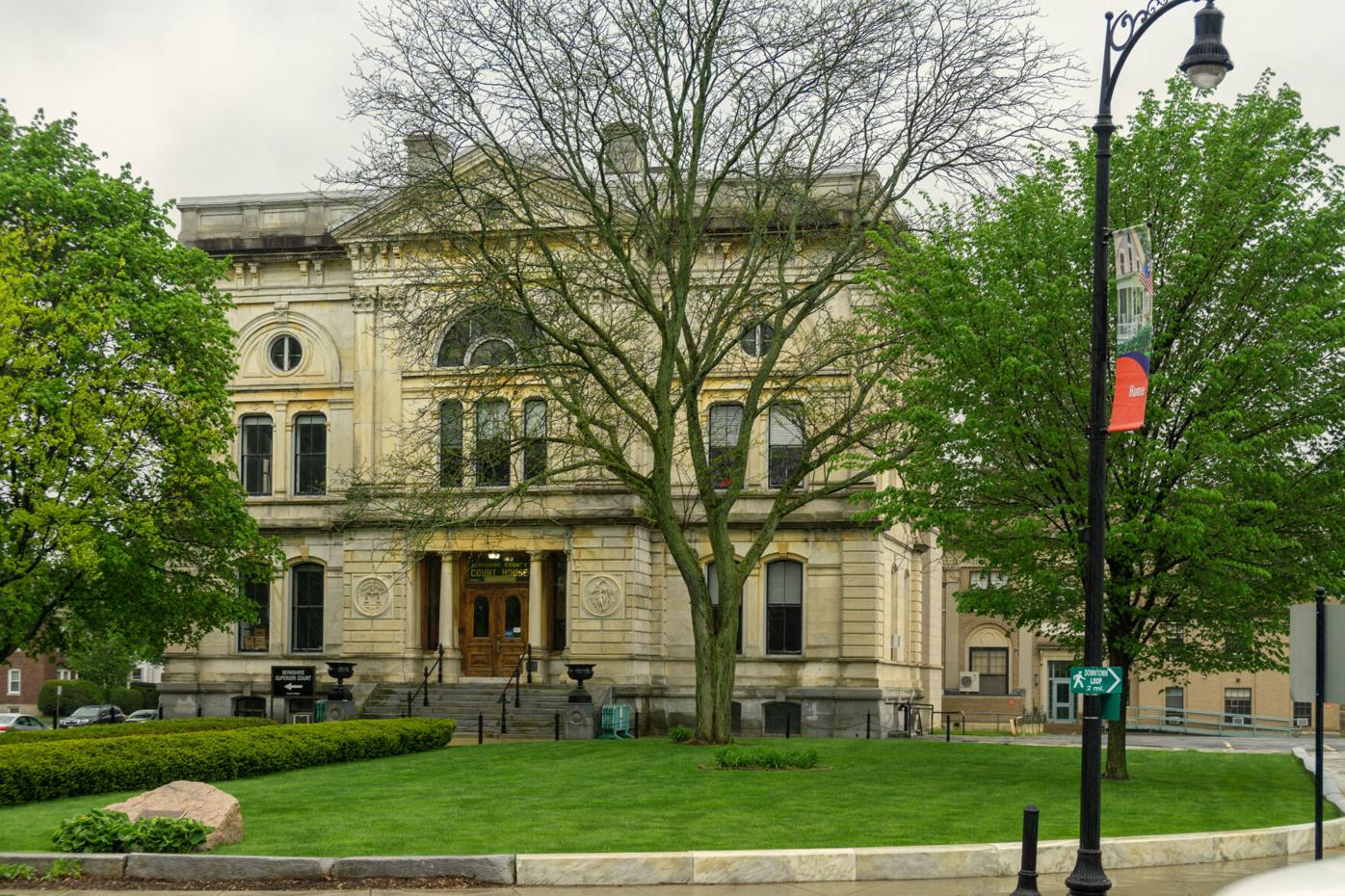 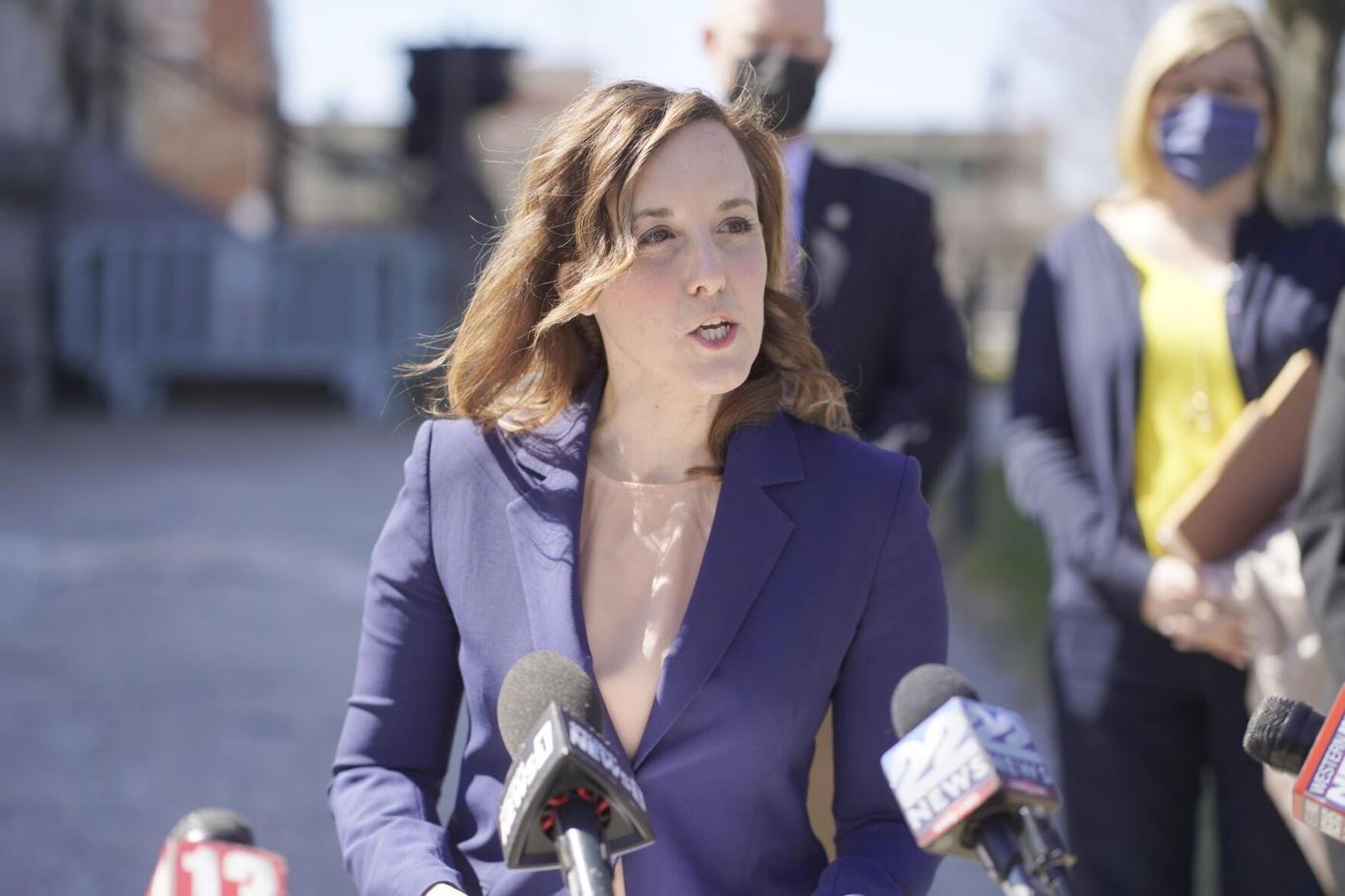 A map that shows the number of dangerous hearings in counties across the state in 2020.

PITTSFIELD — Andrea Harrington campaigned for Berkshire District Attorney on a platform of criminal justice reform, promising to eliminate a cash bail system that she said kept too many people behind bars simply because they couldn’t pay bond.

Two and a half years into her first term, Harrington has largely lived up to that promise — defendants in criminal cases are now rarely held on bail. But in its place, Harrington’s office has greatly expanded its use of another tool — dangerousness hearings, which can keep a person accused of a crime in jail for months if a judge finds them to be a danger to the community.

In 2018, the year before Harrington took office, there were just 53 dangerousness hearings in Berkshire County’s three district courts, according to state trial court data. Last year, there were 151, nearly a threefold increase. Superior Court data from those same years shows a similar trend, with seven dangerousness hearings in 2018 and 34 in 2021. Hearings for juveniles also jumped, from zero to six last year, and so far, 2021 has seen two.

Harrington, who declined to be interviewed for this story but issued a statement Wednesday through her communications director, said the majority of requests for dangerousness hearings are made “in serious domestic violence cases because the most dangerous time for a victim is in the period following a court appearance.”

While many former prosecutors and other local attorneys agree with Harrington’s decision to move away from a cash bail system, they argue the increased use of dangerous hearings is hurting the very people she set out to help — those on the fringes of society.

Attorney Jedd Hall, a former prosecutor with the Berkshire DA’s Office under the previous administration, then under Harrington for seven months in 2019 before resigning, suffers when he has to tell clients facing a “dangerousness hearing” in court that they could be jailed for months with no chance of bail.

“It’s the young guys,” he said. “Usually they say, ‘Oh my god, I have a job interview tomorrow or I’ve been employed there for six years, or I have kids at home.’ There’s a look of disbelief in their eyes.”

Hall said the increase in dangerousness hearings in Berkshire County is “stunning.” A dangerousness ruling reduces his ability to keep his clients out of jail while they’re awaiting trial.

“Often it seems to be a perfect storm of drug and alcohol abuse and mental health issues, and there’s no other reasonable solution that the commonwealth would consider,” Hall said.

Hall finds the surge in dangerousness hearings “antithetical to the ideology of, ‘We want to keep poor people out of jail and let them work.’”

Under the state’s dangerousness statute, prosecutors may petition for a dangerousness hearing, also known as a 58A hearing, when they believe a defendant is too dangerous to the community at large or to their alleged victim to be released before trial. If found to be a danger by a judge, the judge can order the defendant held in custody for up to 120 days in district courts, and up to 180 days in superior courts.

So far in 2021, there have already been 125 dangerousness hearings in Berkshire County’s three district courts and 28 hearings in Superior Court.

The number of dangerousness hearings in the Berkshires last year is comparable to that of Norfolk County, which — with more than 700,000 people — has a population more than five times the size of Berkshire County. Pittsfield’s 58A hearing count in 2020 was more than that of two Boston metro areas, as well as one in neighboring Hampden County, for instance.

In other places in the state, the hearings are also increasing. Gov. Charlie Baker’s administration is also looking to expand the state’s ability to hold defendants using the statute.

Edward St. John, an attorney in Adams, said dangerousness hearings can interfere with a defendant’s due process.

“It becomes very difficult to engage them in their defense,” he said. “You can talk to them at the jail, but for me over the years, I’ve found it much easier to work with people, and for them, if they aren’t held.”

St. John said in his experience over the last few years, defendants “are more likely to cop a plea, so to speak, to get out, rather than sit there [in jail] indefinitely.” He also believes that holding people declared dangerous by the court is prejudicial to their defense. It’s also harmful, he said, because court delays during the pandemic equate to longer periods of detention.

“I’m seeing an impact now that seems to be more damaging than helpful to the people I represent,” St. John said, noting that defendants are essentially punished before trial in a way that could influence the outcome.

The state’s Supreme Judicial Court ruled in June to extend this jail time for those held on dangerousness while they await trial during the pandemic.

Harrington has said the high court’s ruling “balances public safety and due process.”

“We cannot put victims and the public at an additional risk just because the court delayed jury trials,” she said in a statement at the time.

Defense attorneys, including some who were afraid to comment publicly out of fear of retribution toward their clients, say that doing away with cash bail is helpful for those who can’t make bail on minor charges. The flip side is that it creates a nearly one-size-fits-all scenario for others, said local defense attorney Robert Sullivan.

“I’m for bail reform,” said Sullivan, who said he is considering a run for Berkshire DA next year. But, dangerousness hearings are “just using a different mechanism [than bail] to hold people and a much more severe way to do it,” he added.

He explained that technically, bail is used to ensure a return to court, not in response to perceived danger. The factors that judges weigh when determining bail are, rather, the seriousness of the charge and a defendant’s flight risk.

The Committee for Public Counsel Services, which represents public defenders across the state, declined to comment on the situation. Robert McGovern, communications director for the CPCS, said committee attorneys “have been reluctant” to speak to the media about the issue in Berkshire County, and said public defenders also would not provide comment to New England Public Media for a radio report aired Wednesday.

Attorneys and reformers say that the increase in hearings signifies a not-so-progressive system. One group outlined concerns.

CourtWatch, a state nonprofit that monitors the courts, said in a 2019 report that Harrington’s increased use of dangerousness hearings is an example of “rhetoric, not reform,” among some of the state’s DAs who promised to eliminate cash bail.

In the Berkshires, the effect of this policy on defendants — including the poor and people of color — is hard for the public to determine. The Eagle has asked Harrington’s office — and the courts — to provide more data, including a defendant’s race and the criminal charges filed against them, even excluding any identifying information, including docket numbers. But the DA’s office denied The Eagle’s records request, claiming it was criminal offender record information and therefore not public.

In a statement, Andrew McKeever, the DA Office’s director of communications, said the office requests a dangerousness hearing in about 3 percent of district court cases.

“We are in absolute agreement that the public needs data to know what is truly happening in the justice system but our current systems are inadequate to produce accurate, meaningful, in-depth data,” McKeever said.

The state might release more aggregate data on its website by the end of next week, according to Jennifer Donohue, of the state’s Executive Office of the Trial Court. She said this would include racial data.

One attorney who specializes in First Amendment law said the public is entitled to know detailed information about situations in which citizens are behind bars while still presumed innocent, and that public records law should not prevent release by district attorneys.

“The public records law exists to permit the public to oversee public officials, and the use of the power to seek incarceration based on dangerousness is a tremendous power,” said Jeffrey Pyle, who is based in Boston.

Kern told The Eagle that since people of color are disproportionately represented in the court system, CourtWatch wants to know if that trend continues with 58A incarcerations.

“It’s important that the Berkshire County community understands the workings of our court systems,” she said.