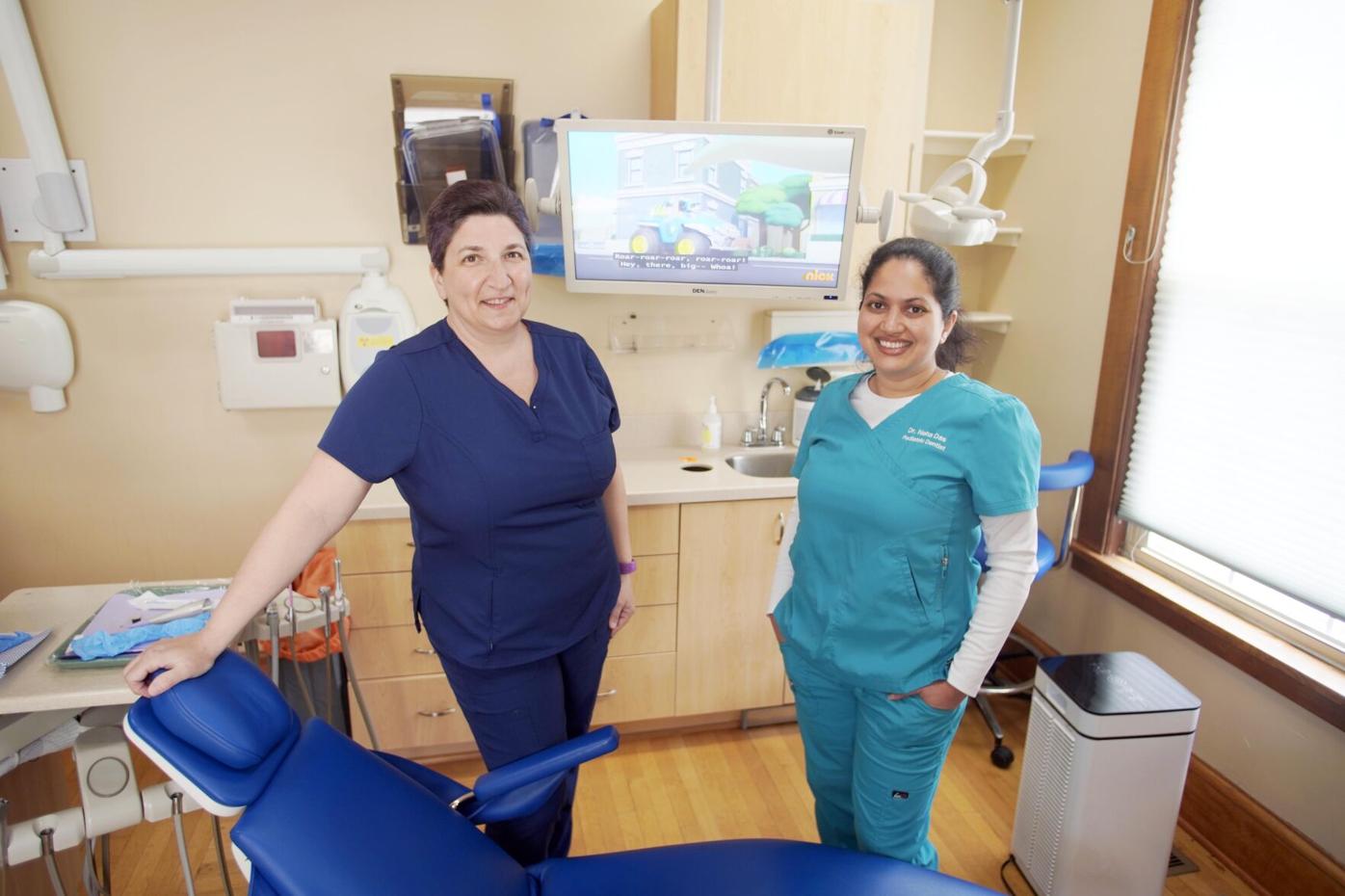 Lisa Gamache, left, and Neha Das agonized over their choice to pull out of serving MassHealth patients. They say stagnant MassHealth fees have made it impossible to stay financially viable while treating more than 2,500 children enrolled in the program. 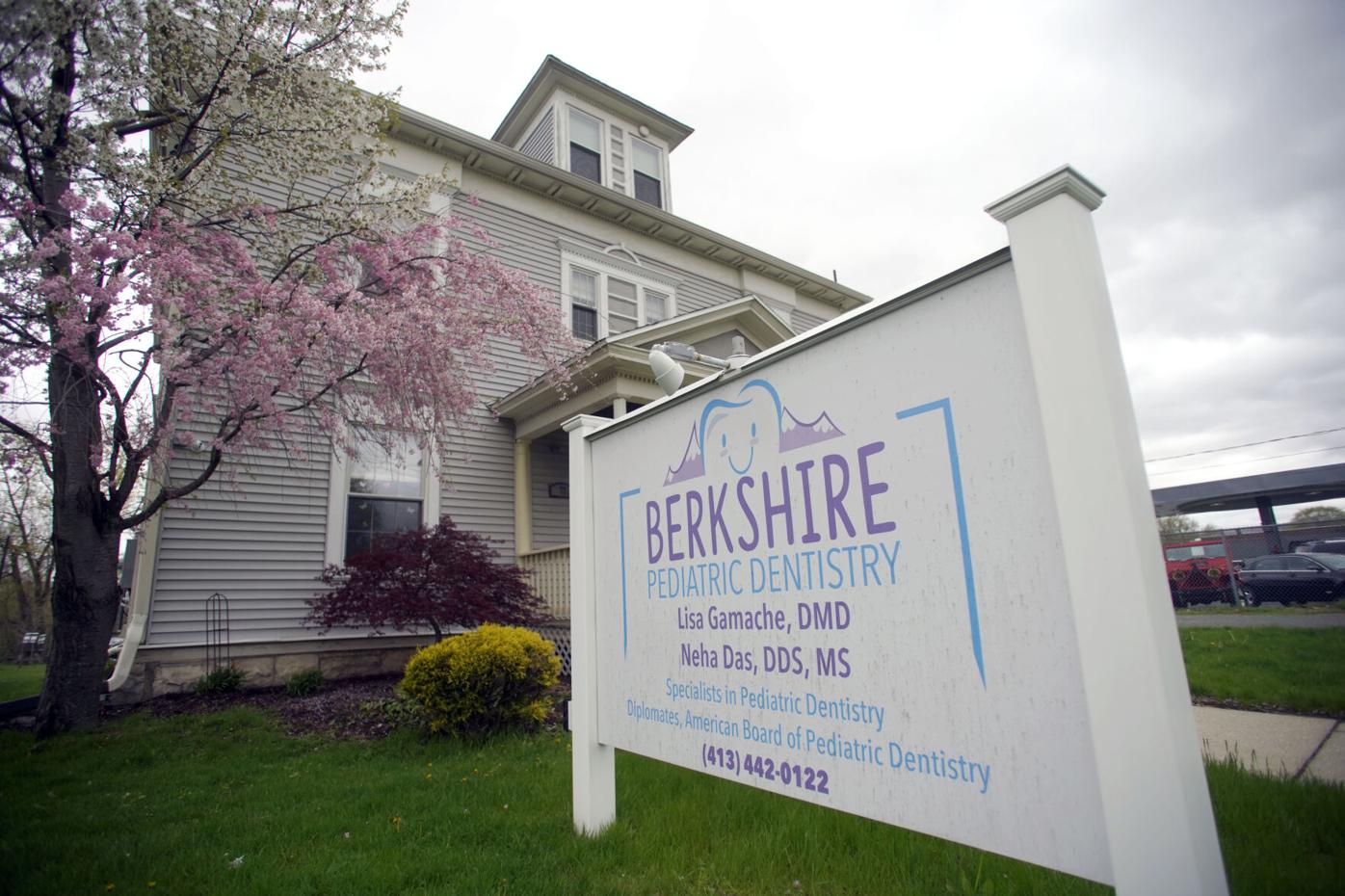 The same challenge that Berkshire Pediatric Dentistry in Pittsfield faces confronts dental practices across the state as MassHealth fees largely have remained unchanged since the Great Recession, while every other operating cost has gone up — including supplies, salaries, rents and utilities. 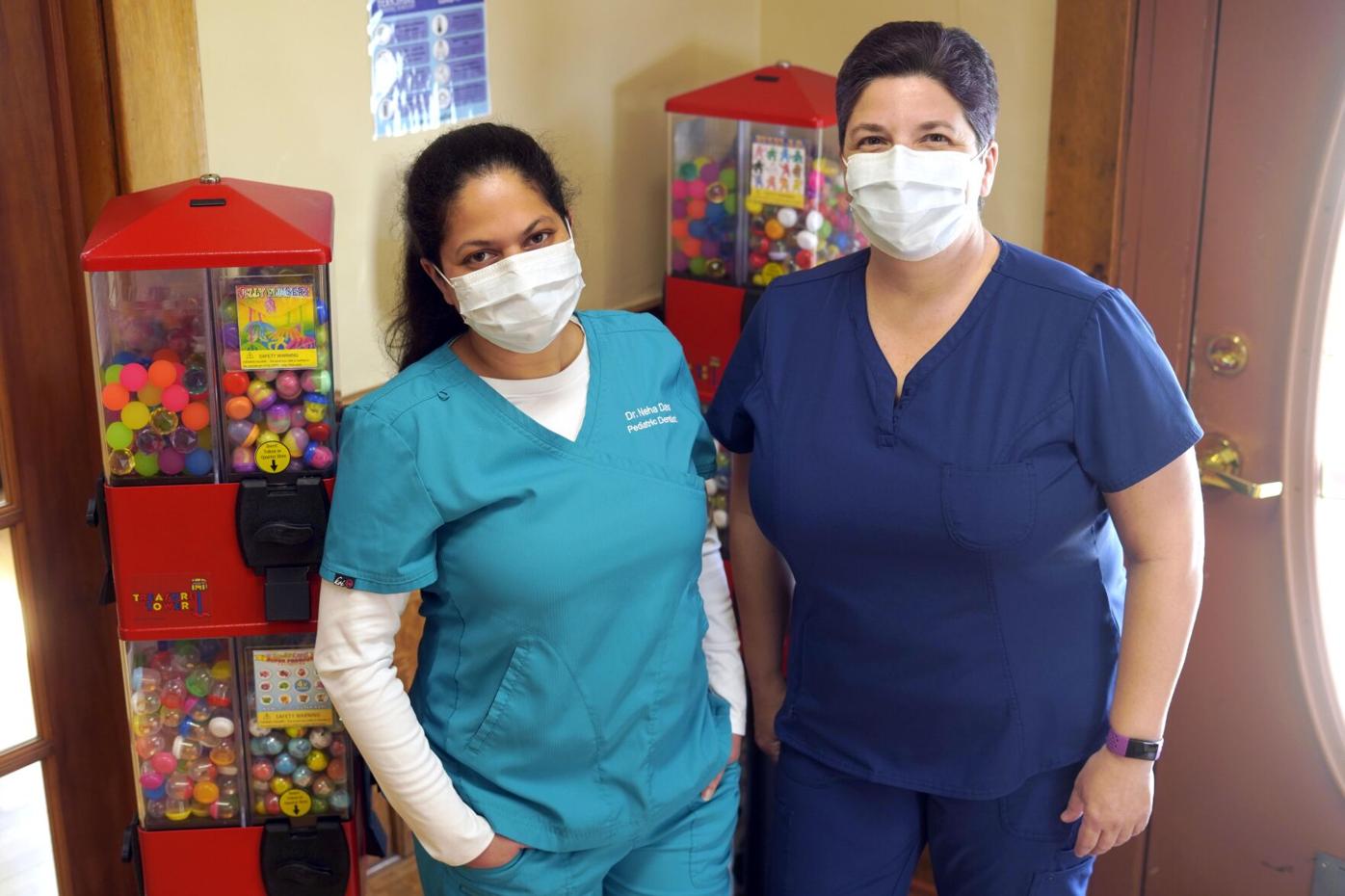 During the past year, several dentists have pulled out of MassHealth or stopped accepting new MassHealth patients, amid high coronavirus pandemic costs and low reimbursement rates. Neha Das, left, and Lisa Gamache of Berkshire Pediatric Dentistry in Pittsfield are among them.

PITTSFIELD — Neha Das wanted to work at a dental practice that accepted children, regardless of how much their insurance paid.

That was how she ended up at Berkshire Pediatric Dentistry five years ago.

“At a practice like this, people are genuinely treated as family,” she said. “When you walk through the door, you’re just immediately embraced, it doesn’t matter where you’re coming from.”

She loved that she could sit down to treat a kid at her Pittsfield office, coax them through procedures and make the dentist’s chair a little less scary, without worrying whether their bills would be paid by Delta Dental or MassHealth.

But, skyrocketing supply costs during the coronavirus pandemic, and years of stagnation in MassHealth reimbursements, have upended all that.

“We ran the numbers, and, in order to continue to take MassHealth, we’d have to see more children with less staff,” Das said. “That’s not the kind of care we want to deliver.”

Das and Lisa Gamache, the practice’s founder, announced in March that they would stop accepting MassHealth patients. It was a decision they agonized over, worried about the 2,500 kids on MassHealth they currently treat.

“We don’t do this just to treat kids from wealthy families,” Gamache said. “There’s a lot of kids really, really in need.”

But, she says, she has to run a business.

“I hate to put it that way, because I really don’t like to think about it like that,” she said. “But, we have 14 staff members. We’ve given them a raise every year. And MassHealth has not increased their fees since 2009.”

That same challenge faces dental practices across the state as MassHealth fees largely have remained unchanged since the Great Recession, while every other operating cost has gone up — including supplies, salaries, rents and utilities.

Though pressure has been building for years, the acute stress of the pandemic changed the equation. Over the past year, several dental practices in Berkshire County quietly have shuttered their doors to new MassHealth patients, narrowing the already slim options — especially for young children.

‘A good thing to do’

Across the state, dental providers can choose whether to take MassHealth, and determine for themselves a reasonable number of patients to serve. There are no financial incentives to take more patients, or to accept MassHealth at all.

“You do it because it’s a good thing to do, to provide high-quality care to all children,” Das said.

Long-standing financial pressures and pandemic stress have hit many dental practices that were accepting MassHealth. The state publishes a list of dental care providers for MassHealth patients, but it includes many dentists who no longer accept it, as well as some who have retired.

Just five providers on the list confirmed to The Eagle that they still accept MassHealth, and several of those did not want to speak publicly because they had paused or drastically reduced new admissions as a result of the same financial pressure.

They worried about being inundated with calls, and about being seen negatively by patients who could not get an appointment.

Choices are even more limited for children younger than 12, since some general practices do not take young children, regardless of insurance status.

In an attempt to continue serving the MassHealth population, Gamache, Das and other dentists have turned to the state, calling for rate increases. Despite support from several state legislators, the calls have gone unheeded.

When Gamache first opened her practice more than a decade ago, MassHealth fees typically covered the fixed costs of most procedures. The practice even could make a slim profit.

Now, the practice loses money on almost every single one of those procedures.

Fee averages compiled by the American Dental Association in 2020, before the pandemic, show wide gaps between pediatric dentists’ fees and the MassHealth rates for children, as published in 2018.

For an anterior resin-based composite crown — that is, a crown for a front tooth — MassHealth reimburses just $124, for people younger than 21. The average pediatric dentist in the U.S. charges $422.96 for the procedure, according to the ADA.

“There have been signs for years that we’re headed towards a problem,” Das said. “We’d been ringing the warning bells for a while, saying, ‘This is going to be an issue.’ But, the pandemic brought it to a tipping point.”

Without the pandemic, Gamache and Das say, they could have put off for years making a decision about MassHealth.

But, personal protective equipment costs skyrocketed last year — the price of gloves alone quadrupled, Das said — and other expenses, like upgrading HVAC systems, rose, too. Small practices that could not buy in bulk faced particular stressors, as they found themselves at odds with hospitals, other practices and the general public to purchase gear, such as N95 masks.

“All these protections are essential for us to provide care ethically,” Das said. “But, there’s no denying that it’s costly.”

Driving patients out of the county

The pandemic also contributed to a swell in the number of people on MassHealth, which inevitably tilts the ratio of patients requesting an appointment at any given practice. MassHealth added more than 230,000 people during the pandemic, for a total enrollment of over 2 million.

Another financial stressor for the state might be the wide swath of dental services that have been added for adults in recent years.

After the recession, adult MassHealth dental coverage was stripped to the basics — essentially, just cleanings and extractions. The recent changes have added back procedures such as fillings, dentures, crowns and root canals.

Those procedures benefit patients, who can keep their teeth, but they add costs for the state. Das and Gamache suspect that means less wiggle room for fee increases. And dentists also fear that the state could reverse course again, pulling procedures to save money.

Ilana Steinhauer, executive director of Volunteers in Medicine Berkshires, has seen how reimbursement rates can drive unequal care. Her organization provides dental care only to uninsured people, but they receive many spillover requests for service from MassHealth patients.

“One of the things we see a lot is that people call, and they need a service, but they can only get it every so many years,” she said. “Or they need restorative dental work, and dentists will pull a tooth before trying to fix it.”

On a recent call with a group of immigrants enrolled in MassHealth, including many who did not speak English, Steinhauer saw widespread confusion.

The hurdles for MassHealth patients go beyond reimbursement. Many practices stop providing services after a patient has missed a certain number of appointments, so, unexpected transportation or child care issues can leave a family effectively barred from a practice.

That means that with so few providers offering MassHealth pediatric services, parents of young children could be forced to drive across the county, or even farther, for routine cleanings.

“Ultimately, I think people will end up in Holyoke, or Springfield,” Gamache said. “Which is really sad.”

Every dental provider who spoke with The Eagle said that the solution has to come from the state raising MassHealth rates, and that they have brought up the issues with local lawmakers, including state Rep. William “Smitty” Pignatelli, D-Lenox.

Part of the solution, Pignatelli says, should be to lower costs and expand the number of providers in the Berkshires by creating a midlevel practitioner position. This would happen under a bill he has championed. The full picture, though, also has to include the Legislature raising fees.

“For five or six years, we’ve all talked about the low reimbursement rates for MassHealth,” he said. “It’s time we do something about that, in fairness to the dentists in this conversation.”

For now, as dentists pull out of MassHealth or shut their doors, the added burden will fall heavily on safety net providers, including nonprofits such as Hillcrest Dental Care and federally funded providers like Community Health Programs.

“We all know that Medicaid is not a great payer,” said Christopher Sprowl, CHP interim chief medical officer. “It’s very difficult for private practices to maintain those populations. I was in private practice. I know the pressures they’re under.”

To fill the broader gap in dental services in Berkshire County, CHP has started looking at putting additional dentists in North County, most likely in Adams.

“I think over the course of the next year you’ll see us come out with a significantly increased capacity to do dental care,” Sprowl said. “It’s one of our major operational efforts here right now.”

But, for Das and Gamache, the lack of action from the state means the two are about to see many of their MassHealth patients for the last time.

“I can’t even imagine what it’s going to be like when I have to start saying goodbye to these kids,” Das said. “I’ve only been here five years, but that’s five years of watching these kids grow, watching them have growth spurts and suddenly be taller than me. I don’t even want to think about saying goodbye.”