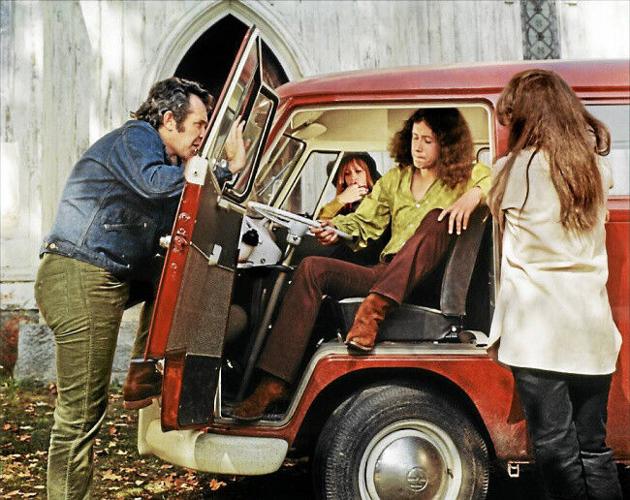 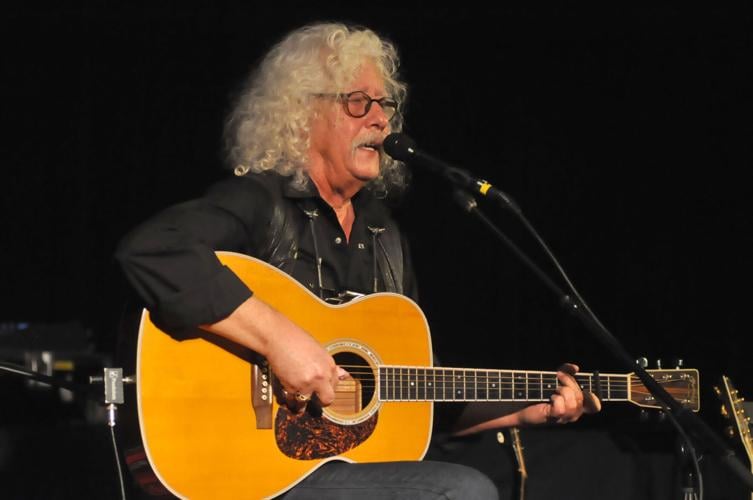 Arlo Guthrie sings "Alice's Restaurant Massacree" at the Guthrie Center in Great Barrington in 2015, during a performance to celebrate the 50th anniversary of the song. 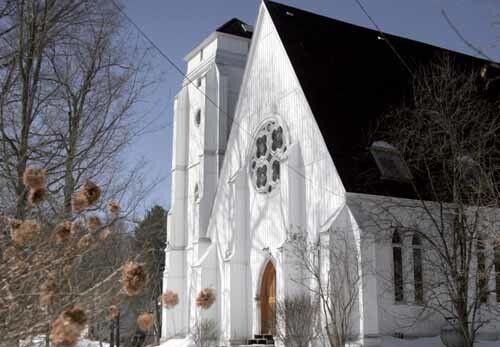 The home to The Guthrie Center, the Old Trinity Church on Van Deusenville Road in Great Barrington, was featured in the 1969 film, "Alice's Restaurant," starring Arlo Guthrie and James Broderick.

GREAT BARRINGTON — On Thanksgiving Day 57 years ago, two teenagers from out of town shared a meal with a woman named Alice Brock.

The teens would then do Alice a little favor. It landed them in trouble, but in time produced once of the most-loved folk songs and anti-war anthems of the time: "Alice's Restaurant Massacree."

This Thanksgiving, for the first time in more than half a century, those former teens — Arlo Guthrie and Rick Robbins — will share a Thanksgiving meal with Brock.

“In a return to their halcyon days of youth they’ll celebrate Thanksgiving together once again,” said Marti Guthrie, the musician’s wife, in a message to The Eagle. “This time without the garbage.”

As most people know, that favor on Thanksgiving Day on Nov. 25, 1965, went awry. Guthrie and Robbins said they'd do Brock a solid by hauling refuse from her place to a local dump.

What happened next is chronicled in Guthrie’s 1967 song and in a 1969 comedy directed by Arthur Penn.

To their surprise (really?), when the teens’ “red VW microbus” go to the dump, the place was closed for the holiday. They drove around and, as fate would have it, noticed a Stockbridge hillside with trash at the bottom.

​​“We decided that one big pile was better than two little piles,” Guthrie says puckishly in the song. “And rather than bring that one up, we decided to throw our’s down. That’s what we did.”

“It’s about Alice,” Guthrie sings at the outset. “And the restaurant.”

The song is routinely aired Thanksgiving Day on radio stations and is part of the National Recording Registry at the Library of Congress.

In 2015, Guthrie toured the U.S., marking the 50th anniversary of his run-in with Police Chief William J. Obanhein (“Officer Obie” in the song). In a performance that year at the Guthrie Center in Housatonic, he reflected on the "Thanksgiving dinner that couldn't be beat."

"Fifty years ago," he said from the stage. "I never thought I'd live this long."

Guthrie, who has long lived in the Berkshires town of Washington, credits The Eagle’s coverage of his crime with sorting fact from fiction in the public’s mind.

Yes, that little news item confirms it: However Guthrie’s song spins it, as they left Brock’s place in Great Barrington, trash-laden and armed with shovels, rakes “and implements of destruction,” this all really did happen.

“Without The Eagle’s article, most people would think I made it up,” Guthrie said, in a comment relayed by Marti Guthrie.

On Nov. 29, 1965, the Monday after Thanksgiving, The Eagle reported that Guthrie, then 18, and Robbins, 19, had each paid $25 fines in Lee District Court after pleading guilty to the illegal disposal of trash. The story opened: “Because they couldn’t find a dump open in Great Barrington, two youths threw a load of refuse down a Stockbridge hillside on Thanksgiving Day.” It included a couch, in case you didn't know.

The judge hearing the case, James E. Hannon, ordered the teens to clean up the mess.

“They did so Saturday afternoon,” The Eagle reported, “following a heavy rain. … [Obanhein] said later the youths found dragging the junk up the hillside much harder than throwing it down.”

Let that be an example to others, he said.

As his 18-minute ballad makes clear, Guthrie chose to take other lessons. The song’s punch line: Guthrie's police record in the Berkshires later exempted him from the draft.

Obanhein played himself in the movie. From the stage in 2015, Guthrie shared this memory of seeing Officer Obie again, for the first time since the “massacree,” at an early filming call.

“He said to me, 'Well, if you hippies can get up at 4 a.m. to do this movie, you can't be all bad.' And we started talking and we eventually became good friends,” Guthrie said.

Marti Guthrie said Wednesday that plans for the reunion were “going ahead full steam.” The gathering will be held in private.

She said that Brock, Guthrie and Robbins haven’t been together on Thanksgiving since that Thursday in 1965, but haven’t lost touch.

“Their friendship has endured the absurdities of fame and fortune,” she said.

57 years on, the cast of Arlo Guthrie's 'Alice's Restaurant Massacree' shares a Thanksgiving

Three old friends united by a memory of a famous misadventure gathered for their first shared Thanksgiving since 1965.