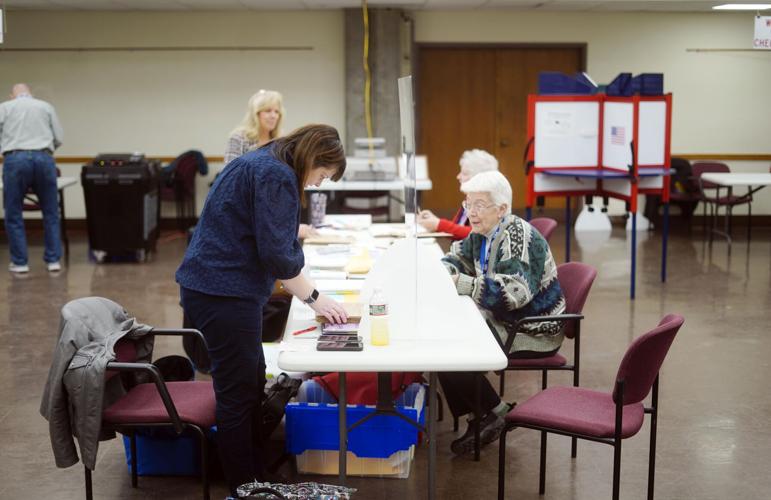 Early votes are registered before being counted Tuesday at the Ward 5A and 5B polling place in the Berkshire Athenaeum. A measure to make seriously wealthy people pay higher income taxes won tepid approval across Massachusetts. But a “tax the rich” spirit inspired a greater percentage of voters in Berkshire County. 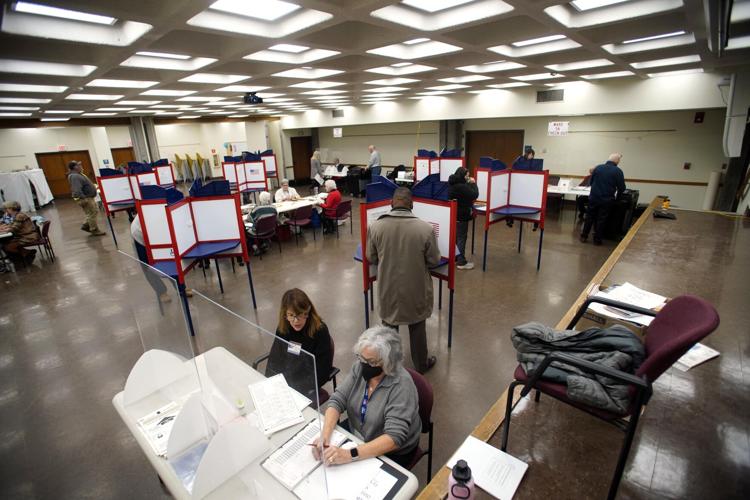 Voters and poll workers converge at the Berkshire Athenaeum on Tuesday for Election Day voting.

The Fair Share Amendment, Question 1 on Tuesday’s ballot, called to impose an additional 4 percent income tax on the portion of incomes over $1 million, with the added revenue earmarked for education and infrastructure. On Wednesday afternoon, with 92.5 percent of precincts statewide reporting, the new tax had passed with 52 percent support.

It won 67.2 percent backing in Berkshire County, though, with only one town unpersuaded.

And no, that wasn’t Lenox, home to "The Millionaires," the Lenox Memorial Middle and High School mascot. Hancock was the lone town in the county Tuesday to reject a higher tax on incomes, rejecting the question 181-162.

Four referendum questions appeared on all state ballots — and voters in Berkshire County fell in step with all of the outcomes.

Statewide, 71.3 percent of voters declared support, in Question 2, for dental insurers to spend at least 83 percent of the premiums they collect on actual dental care.

In the 32 cities and towns in Berkshire County, voters wanted that even more — backing the measure with 77.6 percent of the yes or no votes cast (not including blanks).

A solid majority statewide said no Tuesday to Question 3, the measure to lift the cap on retail liquor licenses, which failed by 55-45 percent. Locally, voters offered nearly as firm a no, with 54.1 percent in opposition. With most communities reporting results as of late Wednesday, three Berkshires towns, on balance, backed the idea, which was based on a compromise reached with the Massachusetts Package Store Association that would double the number of licenses available right away, then increase the number slowly.

Question 3 was opposed by a Maryland retailer with seven stores in Massachusetts. As Bill Everhart noted in a column in The Eagle, that outfit spent more than $2 million on a campaign to defeat the increase.

“Leaflets have been packing mailboxes claiming the question is unfair to small, family-owned retailers, an odd stance for a mega-retailer to take,” Everhart wrote. “Unfortunately, well-financed negative campaigns are often effective.”

That analysis raises this question: Did backers of Question 3 see through the cloud of advertising in a way voters in other towns did not?

Tuesday’s results on Question 3 show that of all the ballot questions, this one was at least marginally the most perplexing. More Berkshires voters left their ballots blank on Question 3 (1,658) than on any of the other measures.

Question 4 sought to preserve the new right of some undocumented residents of Massachusetts, through the Work and Family Mobility Act, to secure drivers’ licenses. Voters in Berkshire County liked that idea, championed locally by state Tricia Rep. Farley-Bouvier, D-Pittsfield, even more than residents statewide.

The question passed with 62.5 percent of the yes or no votes locally (not counting 1,087 blanks), compared to 53.7 percent statewide.

Tuesday’s election made me more proud than ever of being born, raised, and still living in Massachusetts.