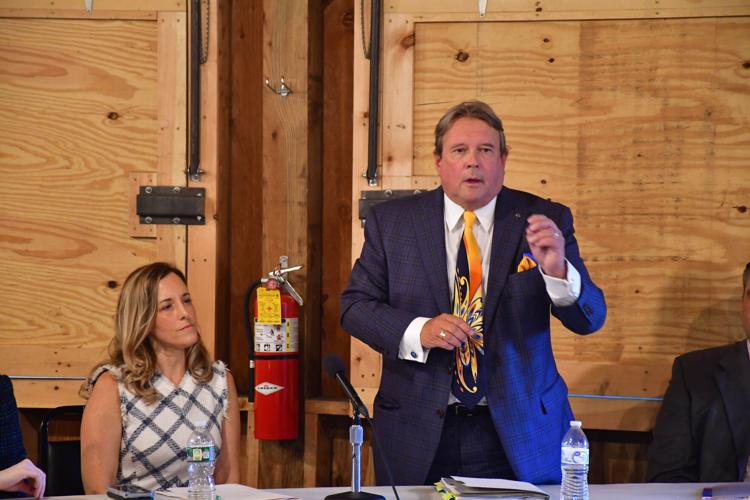 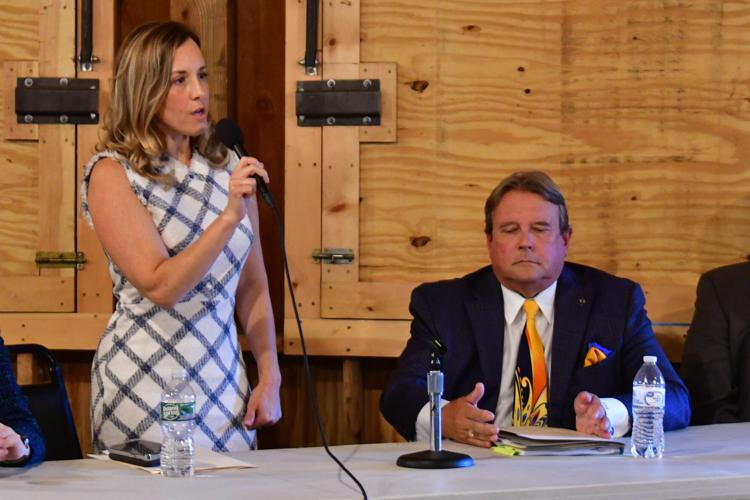 NORTH ADAMS — Berkshire District Attorney Andrea Harrington and Timothy Shugrue, who is running to unseat her, both said Wednesday they were committed to using the office to hold the rest of county's law enforcement "accountable," and offered their support for the state's recent police reform bill.

The discussion came during a candidate forum Wednesday, hours after Shugrue announced he had secured the endorsement of the International Brotherhood of Police Officers Local #447 and #447S, the local unions that represent Pittsfield police officers and supervisors.

Shugrue has also been endorsed by the Massachusetts Coalition of Police Local #328 (North Adams) and the State Police Association of Massachusetts.

Policing became a central part of the candidate's statements during the event at the Greylock Community Club, which was co-hosted by the North Adams Democratic City Committee and Williamstown Democratic Town Committee.

Sheriff candidate Alfred "Alf" Barbalunga spoke to voters at the event, but incumbent Sheriff Thomas Bowler was unable to attend.

Jim Mahon, moderator and chair of the Williamstown Democratic Town Committee, asked the DA candidates to weigh in on qualified immunity, the special protection granted to government workers — like police officers — that shields them from civil lawsuits based on alleged violations of a person's constitutional rights.

Despite an impassioned back-and-forth call and response from the candidates, the evening ended cordially with handshakes and smiles between both attorneys. Voters will decide which candidate will lead the office in the next four-year term during the primary vote on Sept. 6.

Both Harrington and Shugrue made an important note before answering: the District Attorney's Office handles criminal cases and isn't involved in cases in which qualified immunity is at play.

And both then pivoted to the question of how residents can trust the DA's office to ensure that law enforcement abides by the law.

Harrington said she supported the Massachusetts Police Reform Bill, signed into law by Gov. Charlie Baker in late 2020, as "a district attorney... representative of the people... and an individual who is very interested in ensuring that policing adheres to the highest possible standards in order to protect public safety."

She emphasized her support for a portion of the bill that would end qualified immunity for officers who are decertified by the Peace Officer Standards and Training Commission — of which Pittsfield Police Chief Michael Wynn is a member.

Shugrue, who in a previous debate declined to speak about the reform bill, Wednesday night offered his general support for the law. The defense attorney said his initial hesitance to speak about the bill was because of his disagreement with the bill's allowance of facial recognition software.

Shugrue said he sees the role of the district attorney as a bridge between law enforcement and the community, an official who can help push for a kind of training "so that people in marginalized communities aren't being overly policed and aren't being treated poorly by the police."

"As much as I have a good relationship with law enforcement, they also know one thing: they respect me, I respect them," Shugrue said. "At the same time, they must follow the law."