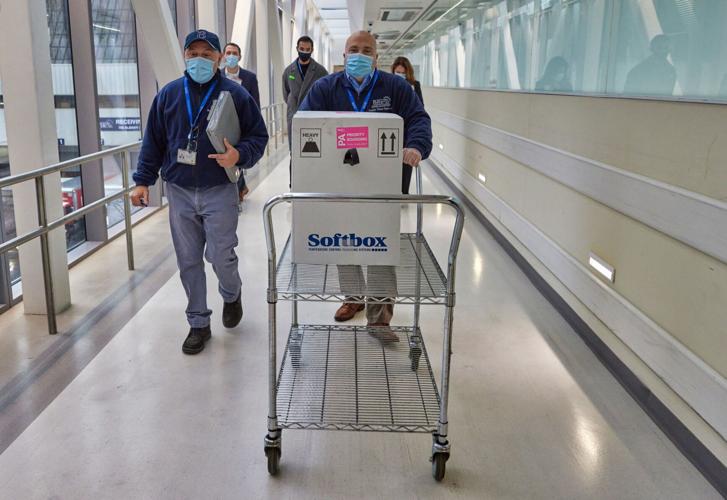 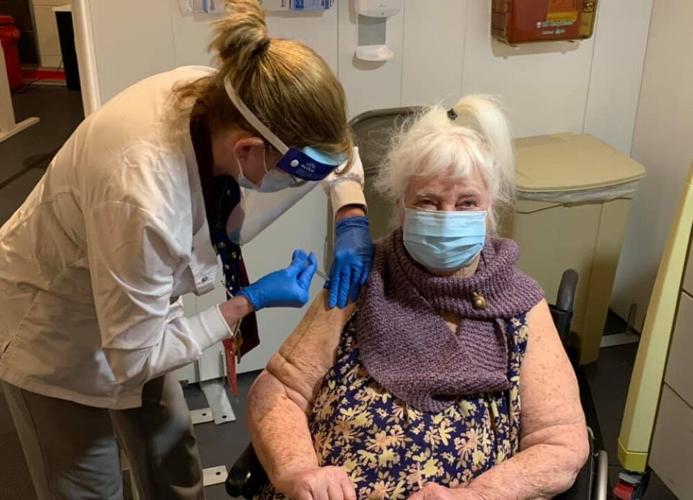 PITTSFIELD — The first shipment of Pfizer's coronavirus vaccine is expected to arrive at Berkshire Medical Center on Tuesday.

That shipment will include 1,950 doses for Berkshire Health Systems, according to Michael Leary, communications director for BHS, which owns Berkshire Medical Center in Pittsfield and Fairview Hospital in Great Barrington, as well as other medical facilities across the county.

"Our plan is to begin administration of the vaccine across the system on Thursday morning and into next week, prioritizing the staff of the Emergency Departments at BMC and North Adams Campus and Fairview, BHS Urgent Care, ICU and COVID-19 units," he said. "This will include not just clinicians, but other employees who are dedicated to these areas, such as housekeepers, dietary, security, etc."

He said the company also is working to vaccinate providers and staff at physician practices around the Berkshires. A survey has been distributed to the company's approximately 4,200 employees, gauging their interest in receiving the vaccine. Those who chose to wait will have the opportunity to receive the vaccine at a later time.

"We have plans to use the 1,950 doses over the next two weeks, possibly within the next week if that works out, so that we can then be in line for the next delivery, whenever that may happen," Leary said, noting that the company must document usage before being scheduled for further shipments.

Massachusetts ordered its initial round of 59,475 doses of Pfizer vaccines — they received emergency use authorization from the Food and Drug Administration on Friday — from the federal government Dec. 4. Those doses, according to Gov. Charlie Baker's office, will be delivered to 21 hospitals and the Department of Public Health immunization lab, then redistributed to 74 hospitals across the state for frontline medical workers.

The next 40,000 doses of Pfizer vaccines "will be allocated to the Federal Pharmacy Program to begin vaccinating staff and residents of skilled nursing facilities, rest homes and assisted living residences," Baker's office said last week.

Massachusetts officials expect to receive 300,000 first doses of the two-shot vaccine by the end of the month.

Boston Medical Center on Monday said it already had received its first shipment of the vaccine.

Jenny Eriksen Leary, a hospital spokeswoman, said the center received 1,950 doses of the vaccine and will start administering them Wednesday.

She said frontline health care workers, including doctors and nurses in the intensive care unit, emergency department and patient floors that treat COVID-19 patients, will be among the first to receive the doses.

Employees from environmental and support services, and other positions that work in areas with patients who have tested positive for COVID-19, also will be vaccinated first, she said. Police, firefighters, emergency responders and prison inmates also are among those who will be targeted in the state's first phase of vaccine distribution.

Tufts Medical Center, also in Boston, said it expects to receive its first shipment of the vaccine Tuesday, as does Mass General Brigham, which operates 12 hospitals in the region.

Also on Monday, a 96-year-old World War II veteran in Bedford became the first Veterans Affairs patient in the country to get the shot.

The VA Bedford Healthcare system announced the milestone over social media, posting that Margaret Klessens, a resident of the Community Living Center in the Edith Nourse Rogers Memorial Veterans Hospital, received the shot at 12:07 p.m.

Andrew Miller, a housekeeper in environmental management service, was the first VA Bedford employee to get the vaccine, at 12:20 p.m.

The recipients of the Bedford VA's first doses are among the initial tier of Americans to receive a COVID-19 vaccine outside manufacturers' trials in the early rounds of a distribution campaign that is set to stretch for months.

The Bedford system is one of 37 VA sites the  Department of Veterans Affairs tapped to receive its first doses of COVID-19 vaccines for frontline health care workers and long-term care residents.

The Massachusetts Health & Hospital Association on Monday trumpeted the Friday vote by the Food & Drug Administration to approve the Pfizer/BioNTech COVID-19 vaccine for emergency use, writing in its newsletter that health care workers and long-term care facility residents "can expect to get vaccinated as early as this week."

"The fact that this vaccine, and another from Moderna that is expected to be approved shortly, went from conception to large-scale distribution within a year is unparalleled in the history of vaccinations," the MHA wrote in its Monday report.

The MHA said one concern of its vaccine work group, who has about 80 members from nearly all hospitals across the state, is that the two-dose vaccine, delivered about three weeks apart, "has been reported to cause some recipients discomfort for a day or more after the initial dose — a similar reaction to other viral vaccines."

Material from The Associated Press and State House News Service was used in this report.