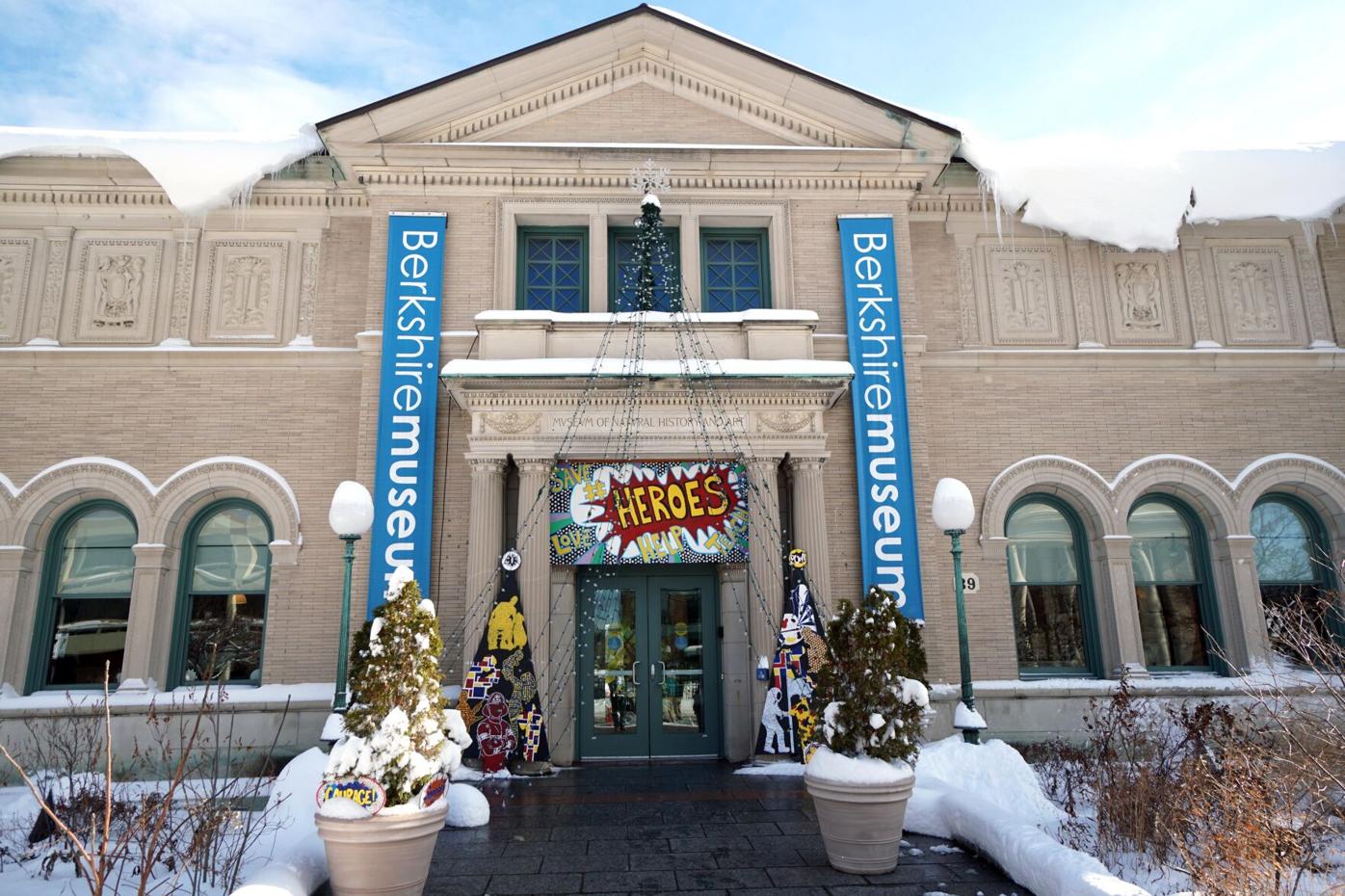 At an online symposium this week, two former leaders of the Berkshire Museum — Van Shields, its executive director, and Elizabeth McGraw, its board chair — are scheduled to discuss the institution's sale of art in 2018.

PITTSFIELD — Though Van Shields and Elizabeth McGraw no longer are with the Berkshire Museum, they will reunite this week to explain the museum’s drive to sell its most valuable art a few years back. People who opposed that sale may or may not be heard.

Shields and McGraw will appear Thursday as members of an online panel in a symposium titled “Deaccessioning after 2020,” sponsored by Syracuse University’s College of Law and Graduate Program in Museum Studies.

The Berkshire Museum’s sale predates the coronavirus pandemic. Saying it needed to right its finances, the museum fought off court challenges and opposition from the local group Save the Art to sell famed works by Norman Rockwell, Alexander Calder and Albert Bierstadt, among others, raising $53.25 million.

Nearly three years later, Shields and McGraw will sit on a panel called “Regional Museums Making Difficult Decisions and Expanding Horizons.” It’s believed to be the first time the two — Shields, the museum’s former executive director, and McGraw, its former board chairwoman — have joined to speak publicly about the controversial sale.

When Hope Davis of the group Save the Art learned of the panel, she appealed to its organizers to be included. The dean of the Syracuse law school turned her down, saying the panel is not meant to debate the merits of the sale.

“This session is not a forum to debate the right or wrong — nor the good or bad — of these decisions,” Craig M. Boise, the dean, wrote in an email to Davis, declining her request to join the panel.

Davis said in an interview that she believes the museum’s deaccession still is worthy of debate. And she believes that the design of the panel, which includes the experience of a small Syracuse museum that sold an artwork in 2020, might misrepresent the context of the Pittsfield sale.

“They are de facto trying to legitimize what they did,” Davis said. “The Berkshire Museum remains very much on people’s minds. Even though it was an outlier, it was the precursor of what we are seeing now.”

Boise could not be reached Tuesday for comment on the makeup of the panel.

In two messages to Davis, Boise said an opponent of the Berkshire Museum art sale is represented on another panel. That is Nicholas O’Donnell, the Boston lawyer who represented three Lenox residents who sought, unsuccessfully, to block the sale.

Boise also said the symposium includes “at least two distinguished museum leaders — Michael Conforti and Tom Campbell — who are very conservative in their perspectives.” Conforti is a former director of The Clark Art Institute in Williamstown.

If organizers intended to foster debate at the Thursday panel with Shields and McGraw, Boise said a group like Save the Art would have been included, along with people critical of a sale by the other museum represented on the same panel, the Everson Museum of Art in Syracuse.

“We would certainly have reached out to those who opposed the actions of both these museums,” Boise wrote to Davis. Copies of their email correspondence were obtained by The Eagle.

In October, the Everson sold a painting by Jackson Pollock, “Red Composition, 1946,” for $12 million through Christie’s auction house. The museum said in a statement at the time that it would use proceeds to diversify its collection “to focus on works by artists of color, women artists, and other under-represented, emerging and mid-career artists.”

Some of the sale proceeds, it said, also will be spent for the care of its 10,000-piece collection, a use sanctioned by the American Alliance of Museums and the Regents of the state of New York.

PITTSFIELD — After taking the helm at the Berkshire Museum in 2011, Van Shields surprised his new colleagues by talking about "monetizing" the Pittsfield institution's collection.It took six …

The Berkshire Museum sale, by contrast, was criticized by trustees of the Association of Art Museum Directors for violating its policy on art sales.

The group directed its 243 members not to collaborate with the Pittsfield institution. The sale also was opposed by the executive director of the Massachusetts Cultural Council and by the American Alliance of Museums. It resulted in the Smithsonian Institution ending its affiliation with the Berkshire Museum.

The museum is spending about $3.5 million to make repairs to its 39 South St. home, including sewer line, waterproofing and installation of a freight elevator and now is revamping space on its second floor.

Thursday’s panel with Shields and McGraw is described by the symposium as a time to hear from people who “have ‘been there and done that’ and will share what went into their decision-making and their experiences, providing important takeaways for others involved in leadership of similar institutions.”

Along with the former Berkshire Museum officials, viewers will hear from the Everson’s executive director, Elizabeth Dunbar, and its board president, Jessica Arb Danial.

The symposium describes the panel’s participants as people who worked in smaller communities and on tighter budgets than big-city museum leaders.

“One might posit that museums in places like Syracuse, New York, and Pittsfield, Massachusetts, are more closely connected — and perhaps more essential — to their communities than their counterparts in major metropolitan areas,” the program says of the panel. “Their volunteer boards are generally not people possessed of the means to backfill structural deficits nor to fund bold and important initiatives.”

It goes on: “These museums are where ‘the rubber hits the road’ in terms of professional standards and the ability of these museums to survive and thrive in service to their communities, all in the context of their legal duties to their institutions.”

McGraw and Shields aren’t the only local names taking part.

Joseph Thompson, founding director of the Massachusetts Museum of Contemporary Art in North Adams, will participate in a Thursday panel titled “Museum Resource Allocation: The Cost of Collecting.”

And two people who logged long hours on the disputed Berkshire Museum sale — from different points of view — will sit on the same panel. A session called “Legal Issues, Strategies, and the Role of the Courts” includes Courtney Aladro of the state Attorney General’s Office, who worked through 2017 and 2018 to ensure that the Pittsfield museum followed the law.

On that same program will be the man who initially informed the office of Attorney General Maura Healey of the museum’s plan to sell works of art: Mark Gold, of the Pittsfield law firm Smith Green & Gold LLP. They will be joined on the four-member panel by O’Donnell, the Boston lawyer who filed suit against the sale.

Gold also will moderate a Friday morning panel on the ethics of arts sales by museums. Its title refers to “direct care,” a term used to describe the proper use of proceeds from sales. The panel is called “Direct Care: A Critical Concept Still Struggling for Meaning.” And Gold and O’Donnell will sit on an “Ask the Lawyers” panel Friday.

SYRACUSE, N.Y. — Van Shields and Elizabeth “Buzz” McGraw said the Berkshire Museum’s deaccessioning decision was done at a time when the insti…

Art sales symposium calls for guidelines, conversations about the role of collections

SYRACUSE, N.Y. — What will be the long-term impact on museum collections of the temporary loosening of rules around deaccessioning and selling…