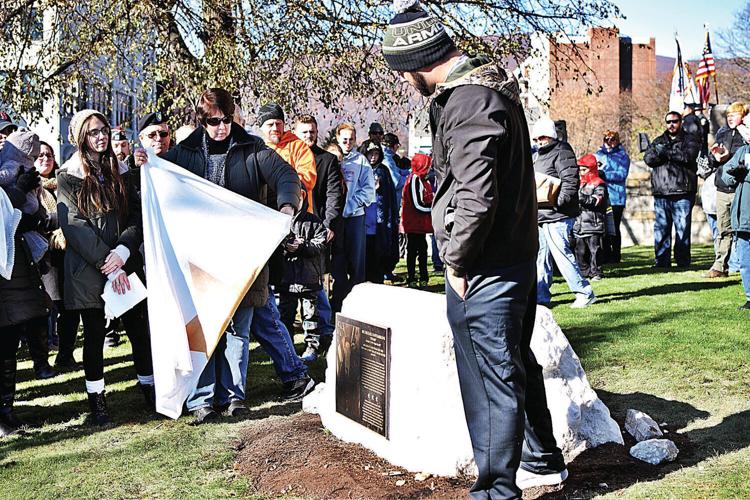 Lisa DeMarsico unveils a plaque in honor of her son, Army Spc. Michael DeMarsico II, who was killed in action Aug. 16, 2012 — Monday was the anniversary of his death from an improvised explosive device in Afghanistan. 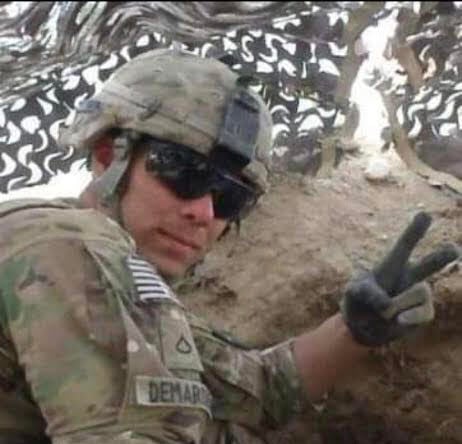 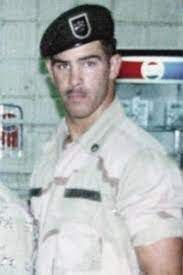 Daniel Petithory, who grew up in Cheshire, was 32 when he was killed in Afghanistan in 2001. 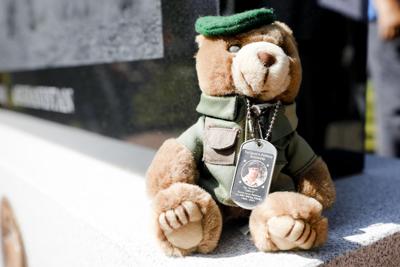 Michael DeMarsico II was 9 when he told his mother he wanted to join the military.

Fast-forward 11 years, and he was dead at 20. He had enlisted, knowing what could happen, and what did happen, on Aug. 16, 2012 — Monday was the anniversary of his death from an improvised explosive device in Afghanistan.

“He knew that once our military left there, things may very well go back to how it had been for thousands of years,” said his mother, Lisa DeMarsico, of North Adams. “He often spoke of the village families and small children and how good it felt to be able to give them a sense of peace while there.”

Daniel Petithory was an altar boy who also believed in peace. When he spoke, people always tuned in.

“He wanted everyone to get along,” said his mother, Barbara Petithory, of Cheshire, who still carries his tiny GI Joe gun in her wallet for him, since, as a child, he always was afraid to lose it. “He had things to say that were very important. He made a big impact on all of us.”

Petithory, who grew up in Cheshire, was killed in 2001, while serving in Afghanistan. He was 32. The U.S. Army sergeant earned a Silver Star Medal for valor. He had a chance to leave his tour of duty, but chose to stay.

Now, the U.S. is leaving and a chaotic, dangerous withdrawal after the Taliban captured the country’s capital, Kabul, on Sunday, has pricked at the sorrow of some who lost loved ones to the nearly 20-year war after the U.S. invasion in the wake of the Sept. 11 attacks.

While the manner of the pullout disappointed and saddened some Berkshire County veterans who saw firsthand the inroads made with the Afghan people, they said the current crisis doesn’t disturb the heroism of the impulses of young people gripped by the desire to make the world better.

They say the results of the swift Taliban takeover likely resulted from the lack of buy-in from a culture that they say does not have nationalistic feeling, but rather a religious, tribal and family devotion.

Three Berkshire County natives, including DeMarsico and Petithory, were killed serving there, and the Veterans of Foreign Wars Pittsfield post built a memorial on South Street in Pittsfield last year to honor them and the two county residents who died in Iraq. A service for the five will be held there Sept. 11, according to post Commander Arnie Perras.

Two Berkshire residents who did tours in Afghanistan say the U.S. pullout from the country in no way diminishes what soldiers brought to each other and to the Afghan people in terms skills, protection, and a spirit of freedom and courage.

Mark Pompi, of Pittsfield, served one tour as a sergeant in Afghanistan with the Vermont Army National Guard in 2011 before training other soldiers at Fort Drum in northern New York who were headed for the country.

Having worked in a platoon outpost in the Ghazni province, and closely with Afghan people and two interpreters who were “the two bravest people in the world” — who are now in the U.S. — Pompi said he was shocked by the “warp-speed collapse” with which provinces went to the Taliban.

“Everything about it, to me, is just very disappointing and sad,” said Pompi, who retired in 2017. “We sent in enormous resources. How to grow crops, dig wells, harnessing solar energy. We were really trying. It takes a long time to nation-build, and you have to have a willing partner.”

PITTSFIELD — Under clear blue skies, the names and Army rank of five Berkshire residents killed in the war on terrorism since Sept. 11, 2001, were read aloud Friday morning at Veterans Memorial …

Pompi went there despite his wife imploring him to not go. “She said, ‘You don’t have to go,’ and I said, 'Well, you know, honey, my unit’s going.’”

She wanted what Pompi said everyone wants — what the Afghans also wanted.

“They were just like everyone else in the world,” he said. “They just want peace and security.”

Pompi was rocked by the casualties, and he happened to have other connections to the families of DeMarsico and Mitchell Daehling, of Dalton, whose family could not be reached for this story. Daehling was killed in 2013, by a roadside bomb blast in Afghanistan.

“I had a hard time reconciling the losses and what freedom costs,” Pompi said.

An active duty infantry officer in the Army from Great Barrington, who spoke on the condition that his name would be withheld because he is serving with interests in the global war on terror, says that “while it is a stain on the U.S.” that the withdrawal turned lethal, most criticism of it all is “Monday morning quarterbacking” that can’t possibly take into account the complexities.

“The one thing we could not do was provide the will or the leadership [to the Afghans],” said the officer, who has been on one tour in Afghanistan and three in Iraq. He also said he is optimistic that the Afghan people have the ability to fight the Taliban without backing by NATO forces.

Regardless, he said the Gold Star families who lost loved ones should be only proud of their service.

“The work they did over there did make lives better for a large population of Afghanistan,” said the officer, who holds the rank of lieutenant colonel. “They protected their brothers and sisters. Just because we couldn’t get [Afghans] to buy off on it, they didn’t die in vain. Their actions will never be forgotten.”

Like those of Michael DeMarsico, whose love for his military brothers helped “ensure their safe return home to their families,” said Lisa DeMarsico. “He would do it all over again, because that’s the selfless young man he was.”

And Daniel Petithory’s mother, Barbara, says she believes that her son has found peace, and she has found it in her Catholic faith. She isn’t embittered, but tender as the news from Afghanistan has stirred her grief.

The year after Daniel died, she had a gathering for what would have been his 33rd birthday. She bought 33 helium balloons, one of which kept breaking in the car each time the store owner brought her a new one. At the house, it continued.

“We set the balloons up and one of them flew away,” she said. “I said, ‘He’s telling me that he’s probably happier where he is now.’”

20 years later, a range of emotions as veterans in Berkshires look back at Sept. 11

The 20th anniversary of Sept. 11 is coming at a difficult time. Many local veterans of the wars in Iraq and Afghanistan said it has been difficult and frustrating to watch the way the U.S. left Afghanistan in chaos last month, and felt a range of emotions as the attack anniversary approached.