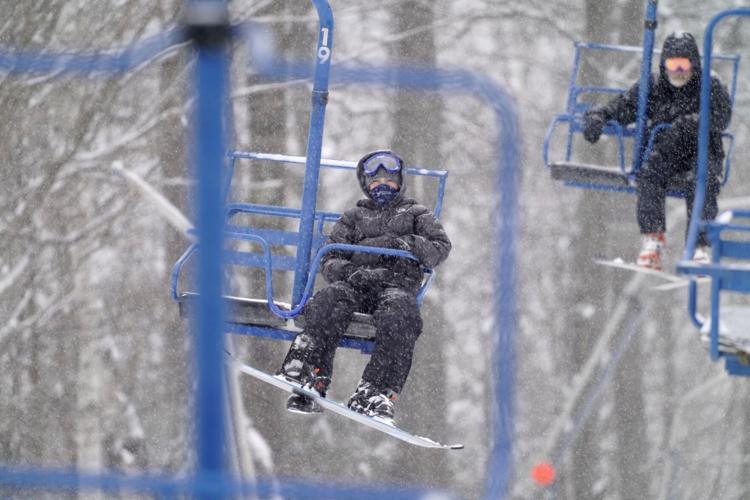 Skiers and snowboarders ride a chairlift to take advantage of fresh powder during a snowstorm at Bousquet in February. 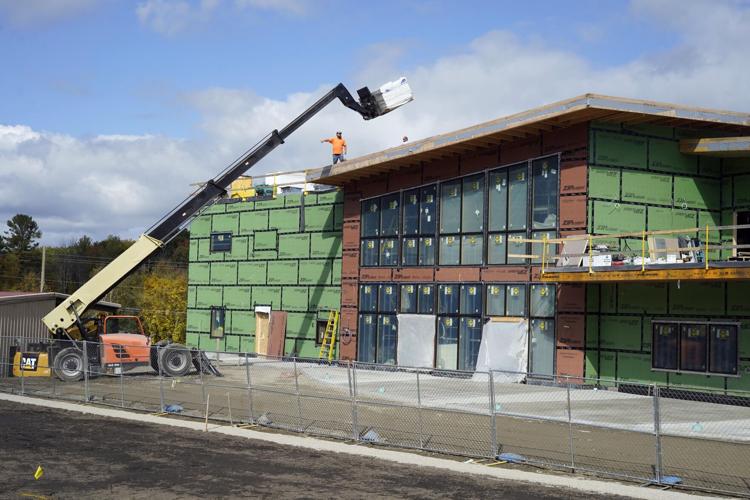 A new 15,000-square-foot lodge — it is on schedule for a December opening — will be the anchor of the Bousquet Mountain base area. The lodge features a multipurpose space for gathering and events, food and beverage options, a full bar, a large outdoor deck and patio space, as well as expanded parking and heated walkways.

PITTSFIELD — Ski season will be here before we know it (did anyone else see those snow flurries Wednesday afternoon?), and one of the oldest ski areas in the country says it now is ready for whenever the snow flies.

Bousquet Mountain has announced new additions for this season, including a brand-new base lodge, improved snow-making, new trails, additional terrain park features, a new line of snowsports lessons and programs, and full-season racing.

The ski mountain has operated since the 1930s. Mill Town Capital became the new owners of the mountain in May 2020.

A new 15,000-square-foot lodge will be the anchor of the Bousquet base area. The lodge features a multipurpose space for gathering and events, food and beverage options, a full bar, a large outdoor deck and patio space, as well as expanded parking and heated walkways.

Thirty-eight snow-making guns were installed in 2020, with an additional 42 fan guns installed this past summer, resulting in nearly full-mountain snow-making coverage. The new system will be able to provide over 45 acres of coverage.

Bousquet Mountain through the years

“The snow-making investment should increase the length of the season for Bousquet, while upgrading the consistency and reliability of the snow,” Kevin McMillan, Bousquet’s general manager, said in a statement.

The triple chairlift, installed last season, will be open for its first full season, and visitors will have newly cleared trails to experience, along with modifications to several older trails. “Tube Town” will feature expanded lanes, from four to eight, and terrain improvements increasing the length of the tubing runs.

Cabanas, fire pits, holiday lights and picnic tables have been added to the tubing area.

“We have been working extremely hard to make the mountain the best it can be for locals and tourists alike,” said Dennis Robinson, Mill Town’s chief operating officer and president of Bousquet Enterprises. “We feel that the new features will only enhance the family-friendly environment that Bousquet is known for.”

Bousquet Mountain ski area will open for the season on Friday, though skiers will have to wait a bit longer to use the completed new base lodge.

Bousquet Sport complex gets OK for expansion in Pittsfield

Bousquet Sport received approval for an expansion project and site improvements in Pittsfield this week from the Zoning Board of Appeals.