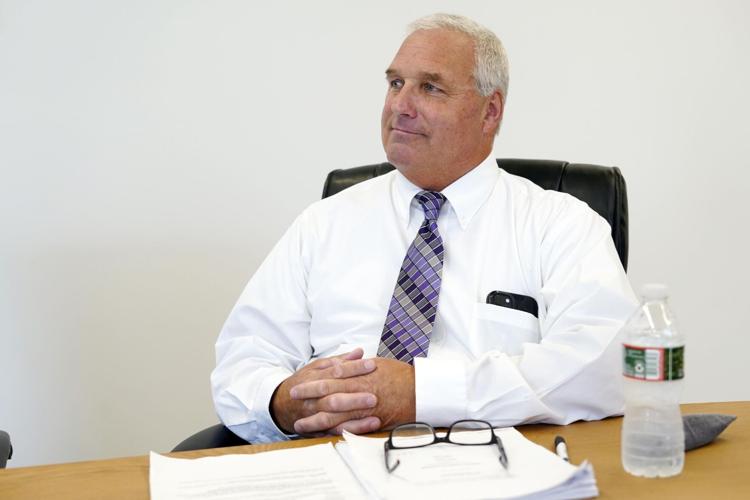 Sheriff Tom Bowler speaks this month with members of The Berkshire Eagle editorial board. 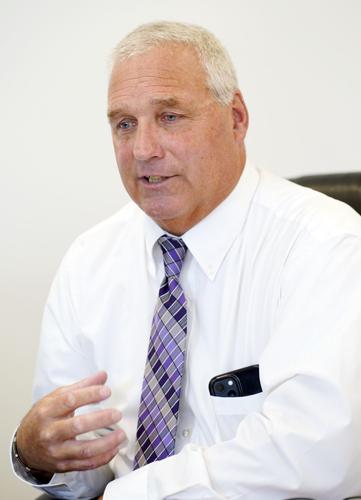 Sheriff Tom Bowler says his challenger has baselessly accused him of "hiding money" in his budget. 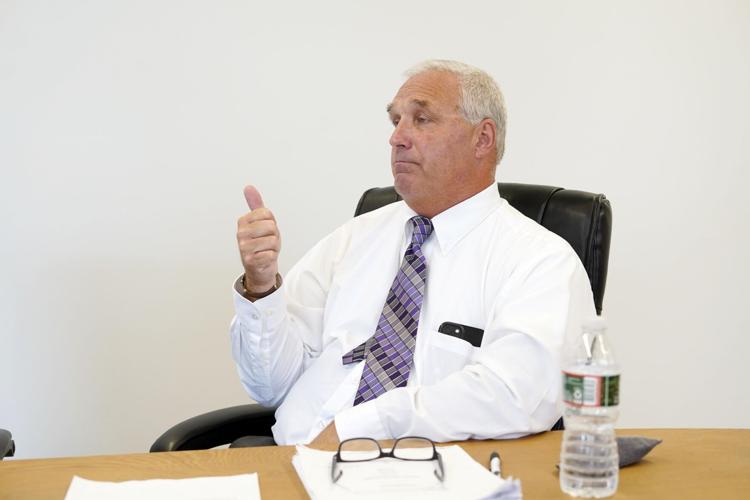 Sheriff Tom Bowler says he is running for re-election out of love for the Berkshires. "The job of the sheriff, there's no term limits on this job. It's all about passion," he said.

Editor's note: This is one of two profiles of the candidates for Berkshire County sheriff in the Sept. 6 Democratic primary.

PITTSFIELD — Thomas Bowler bristles at the tenor of his rival's campaign for Berkshire County sheriff.

"From the very beginning, my opponent claimed that he was going to run a clean, smear-less campaign. In my opinion, it's been nothing but," Bowler said.

Bowler is seeking to defend his position as steward of the Berkshire County House of Correction, its employees and programs, against a challenge from Alfred E. "Alf" Barbalunga.

Bowler said he takes issue with many points raised by Barbalunga, the chief probation officer for Southern Berkshire District Court. Bowler believes his rival has baselessly accused him of "hiding money" in his budget.

Bowler says his office is transparent in how it allocates its $21 million budget, set by the state Legislature, which includes $19.4 million for the operating budget for the jail and revolving funds for road details and emergency communications.

Bowler is running for office again, he says, out of love for the Berkshires. "The job of the sheriff, there's no term limits on this job. It's all about passion," he said.

Bowler seeks a third six-year term in office. His challenger has vowed to serve no more than two terms.

Bowler believes he is in the best position to lead the sheriff's office, which he says has been forced to be nimble over the last decade through criminal justice reform, police reform, the opiate crisis and, most recently, COVID-19.

During the opiate crisis, Bowler said his views about treatment options evolved. He initially opposed medication-assisted treatment, where medications like Suboxone and methadone are prescribed to lessen cravings from opioid withdrawal.

Bowler worked in the Pittsfield Police Department for 24 years, most of that time as a detective. He said he met people suffering from addiction. "I have a very close connection with members of the community, people that I've dealt with for a number of years, people that I have arrested, or forged relationships with, that were on medically assisted treatment, who would say that they hated it, they hated being on it," he said.

They felt trapped and captive to the substance, Bowler said. But his opinion started to change when he attended support meetings for family members of those whose loved ones are suffering with opioid addiction.

Bowler says he heard the same story repeated — if it weren't for the medication, my son or daughter wouldn't be here today.

"It started to resonate with me, that there's a place for this," he said of the treatment.

According to Bowler, the jail started offering Vivitrol in 2017, and in 2020 began employing the medication Buprenorphine. Today it offers medication assistance for maintaining abstinence from opioids, as well beginning the process of halting their use.

One clear line divides the two candidates for sheriff: where they believe incarcerated women should be held.

The candidates for Berkshire sheriff appeared together for a conversation about the issues. Then things got personal

Bowler said the idea for a women's regional jail in western Massachusetts was hatched before his election in 2010. He said there were a fuller range of services available at the Chicopee facility, and women at the Berkshire facility, whose numbers were lower than their male counterparts, were being denied equal access.

The office put plans in place to transfer women in pretrial and post-conviction custody out of Berkshire County to Chicopee, he said.

Bowler stands by that decision and believes that if women are brought back to Pittsfield, "it will be a detriment to their success," due to space and service limitations.

When asked about his record, Bowler points to programs for inmates and the work they do in the community. He lists local businesses that have participated in the office's work release program.

Job-training and education programs, combined with services for addiction treatment and a new re-entry program, aim to reduce the likelihood that people released from custody will reoffend, Bowler said. "It gives them the opportunity to get healthy again, and get back on their feet," he said.

As sheriff, he has personnel with arrest powers who have helped when the police department in North Adams, for example, was understaffed.

Bowler said he will strive to serve the community if elected to a third term. "I want this to be a stronger, healthier, safer community. Because we all live in it," he said. "Each and every one of us deserve good quality of life. And that includes the law-abiding citizens, but those that are incarcerated as well. They're good people that come from good families, and they've made some bad choices."

Our Opinion: The Eagle editorial board endorses Thomas Bowler for Berkshire County sheriff

These developments under Sheriff Bowler’s watch indicate a strengthening of the mission and performance of the Sheriff’s Office and jail that are worth noting — and continuing.

Berkshire residents are voting today in primary elections. Here's what you need to know

Berkshire voters will be making decisions on key races Tuesday. Who is on the ballot and where do you vote?