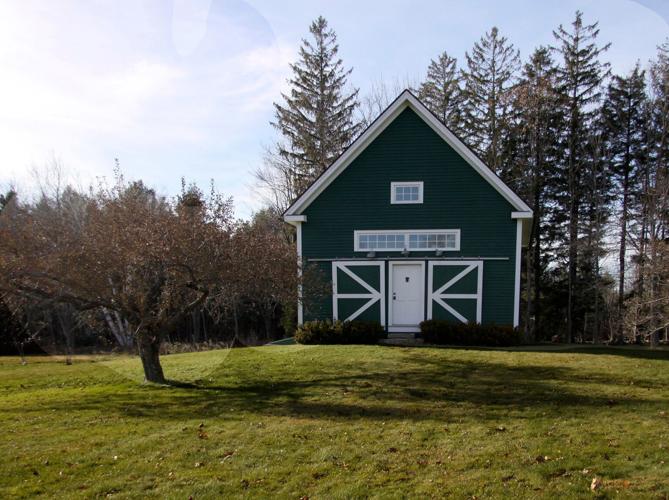 Simon Winchester does most of his writing in this cottage on the small farm in Sandisfield where he lives with his wife, former National Public Radio producer Setsuko Sato. 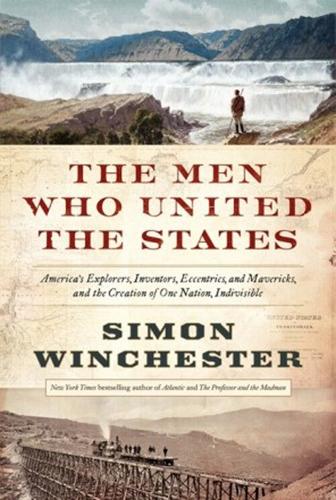 ‘The Men Who United the States -- America’s Explorers, Inventors, Eccentrics, and Mavericks, and the Creation of One Nation, Indivisible,’ by Simon Winchester, is published by Harper Collins ($29.95). 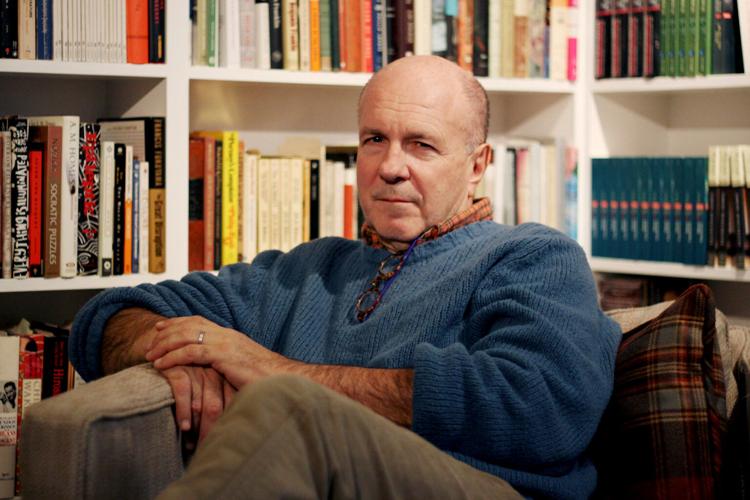 Simon Winchester sits in the study of a small cottage on his farm in Sandisfield where he does most of his writing.

Simon Winchester does most of his writing in this cottage on the small farm in Sandisfield where he lives with his wife, former National Public Radio producer Setsuko Sato.

‘The Men Who United the States -- America’s Explorers, Inventors, Eccentrics, and Mavericks, and the Creation of One Nation, Indivisible,’ by Simon Winchester, is published by Harper Collins ($29.95).

Simon Winchester sits in the study of a small cottage on his farm in Sandisfield where he does most of his writing.

SANDISFIELD -- Chopping wood in the late afternoon on his small farm, writer Simon Winchester vaguely resembles one of the rough and tumble characters he writes about in his latest non-fiction book, "The Men Who United The States." But later, as he sits in the small cottage in which he works, surrounded by hundreds of books, talking of history, his British-accented voice filling the space, another image of the man emerges.

Such is the dichotomy of this Oxford-educated writer of more than 20 books, this journalist, traveler and adventurer who once briefly left an Arctic sledding expedition for an interview with a New York Times columnist at an Upper West Side Italian restaurant, only to return to the freezing north to finish what he started.

His latest book seems imbued with the 69-year-old writer's multifaceted personality, encompassing both history and personal narrative. It tells the story of the nation through the lives of the men who explored its wilderness, surveyed its natural resources and brought it physically together by rail, road and wire. It is also a love letter to Winchester's new homeland.

"Without wanting to sound too sappy about it, I've been enraptured by this country for a very long time," he says. "The genesis was born out of my love affair with the country."

In 2011, Winchester became a U.S. citizen, standing on the deck of the U.S.S. Constitution in Boston Harbor on a blazing hot July 4th. Winchester says it was a moving experience, but it was another event a short time later that brought home the realization of his new status as a citizen.

He explains: "I got my passport and went to England almost immediately. I returned from London to Kennedy Airport [in New York City] and I had this shiny new passport and the guy opened it and stamped it, stood up, and said: ‘Welcome home.' That was a great feeling, I must say. It really was."

He came here as a hitchhiker in the early 1960s, spending eight months on the road and finding everyone he met to be "terribly kind." It didn't hurt that a friend worked for NBC and was a buddy of John Frankenheimer, the director of classic films like "The Manchurian Candidate," who introduced Winchester to Burt Lancaster, Johnny Carson and Kirk Douglas.

"It was astonishing. I had this amazingly good impression of America," he laughs.

He was later returned as a correspondent for a British newspaper and covered Washington, D.C., during Watergate scandal.

In 1997, he moved to New York and in 2001 bought his home in Sandisfield, a bucolic agrarian space with geese, chickens and gardens. He and his wife, former National Public Radio producer Setsuko Sato, split their time between the farm and New York City. They also found time to start a local monthly newspaper, the Sandisfield Times.

Winchester signed the contract for his latest book around the time he became a citizen, feeling like the moment was right to try his hand at American history. The question was how to approach his subject. Winchester says that after "a number of experiments," he "just started ruminating" on the idea of "uniting."

"How did the country remain united -- despite the Civil War, of course -- for so long and so successfully in a way that so many other great big countries, like Canada and Russia have not succeeded [in doing]?"

America, a "mongrel" of disparate peoples, ideas and beliefs, says Winchester, has managed to remain whole thanks to the "connective tissue" of exploration and the physical structures of canals and railways and even radio. He decided he wanted to explore the men who helped build these "tissues" that "bound the country together."

While working on the book, he hit upon the idea of structuring it around the five Chinese elements: wood, earth, water, fire and metal.

"It had to be something that had narrative logic to it, but that was perhaps slightly unusual that offered a different perspective. I happened to be writing to a friend of mine in Shanghai -- I lived in China for a long time -- and we had been talking about the classical elements. And I thought, ‘Well, why not?' Maybe these 120 odd people, who I had established I wanted to write about, could be put into these various categories. So all the American explorers went under wood because they went through forests. The early geologists fit into the category of earth. The canals, and so forth, would go under water. Fire-breathing things like trains, planes and automobiles would go under fire. And then metal -- the telegraph, telephone. It all seemed to work."

In each category, he came up with the names of the people who had been instrumental to the various fields, from canal building to the electrical grid, and to his "delight and astonishment," he found that "many of them were unknown."

He ended up focusing on the less famous of these men, believing truly famous people like Thomas Jefferson, Samuel Morse and Guglielmo Marconi, needed less space.

"There wasn't a great deal of a point in retelling the story of Marconi, except in a perfunctory way. The man who gave us AM and FM radio, allowed us to broadcast the human voice or music -- Marconi only allowed us to do Morse code -- he was unknown. He was named Reginald Fessenden. And he was such a colorful character. He was a big, bluff, bearded chap. A classic maverick and tinkerer. So I very much went to town with him. He's just as important. Yes, it was a question of highlighting the forgotten and giving no more than their due to the famous."

During Winchester's research, he came upon a story of interest related to the Berkshires, specifically Great Barrington.

"It was the first place in the world to get alternating current electricity. The first place to get distributed electricity of any kind was Edison, N.J., because that's where Thomas Edison worked and then he did the same thing in lower Manhattan. Then there was this war of the currents between Westinghouse, who preferred AC, [and Edison and direct current]. Once it was decided that it was going to be AC, then the first place to get AC was Main Street in Great Barrington. There's a little plaque that memorializes that fact. I think attention should be paid to the fact that this was the first place in the world. No one would ever know that."

Winchester's love for the subjects in his book comes across as he talks about them. It also shown by his manuscript, which came in 45,000 words longer than intended.

"I really wrote with tremendous enthusiasm on this book and ended up with 195,000 words. My contract was for 150,000 words. My editor liked it, said it was wonderful, but it was ‘too much wonderful.' "

He was asked to pare it down, which he managed to do.

He's currently working on a book about the Pacific Ocean, having already written one about the Atlantic.

According to Winchester, he prefers to write for the general public, eschewing the academic for the more personal approach.

With a wry smile, he says, "I see no reason why a serious subject can't be made readable and accessible and non-academic."