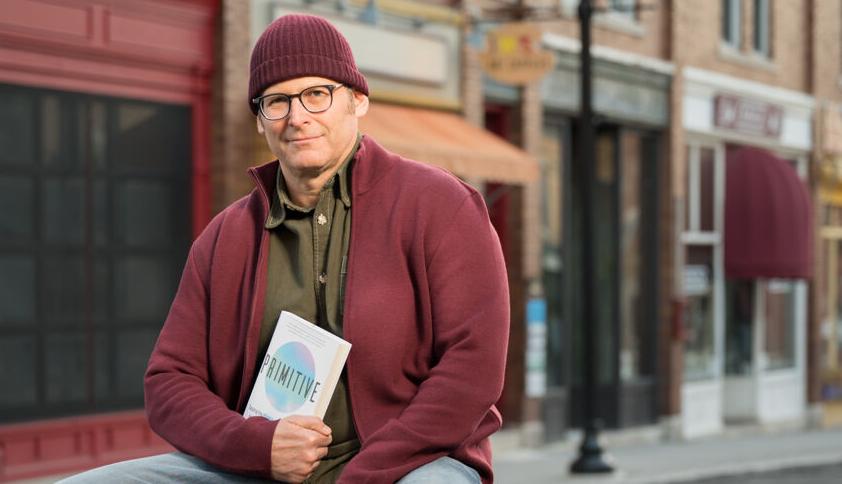 Marco Greenberg splits his time between Great Barrington and Manhattan. 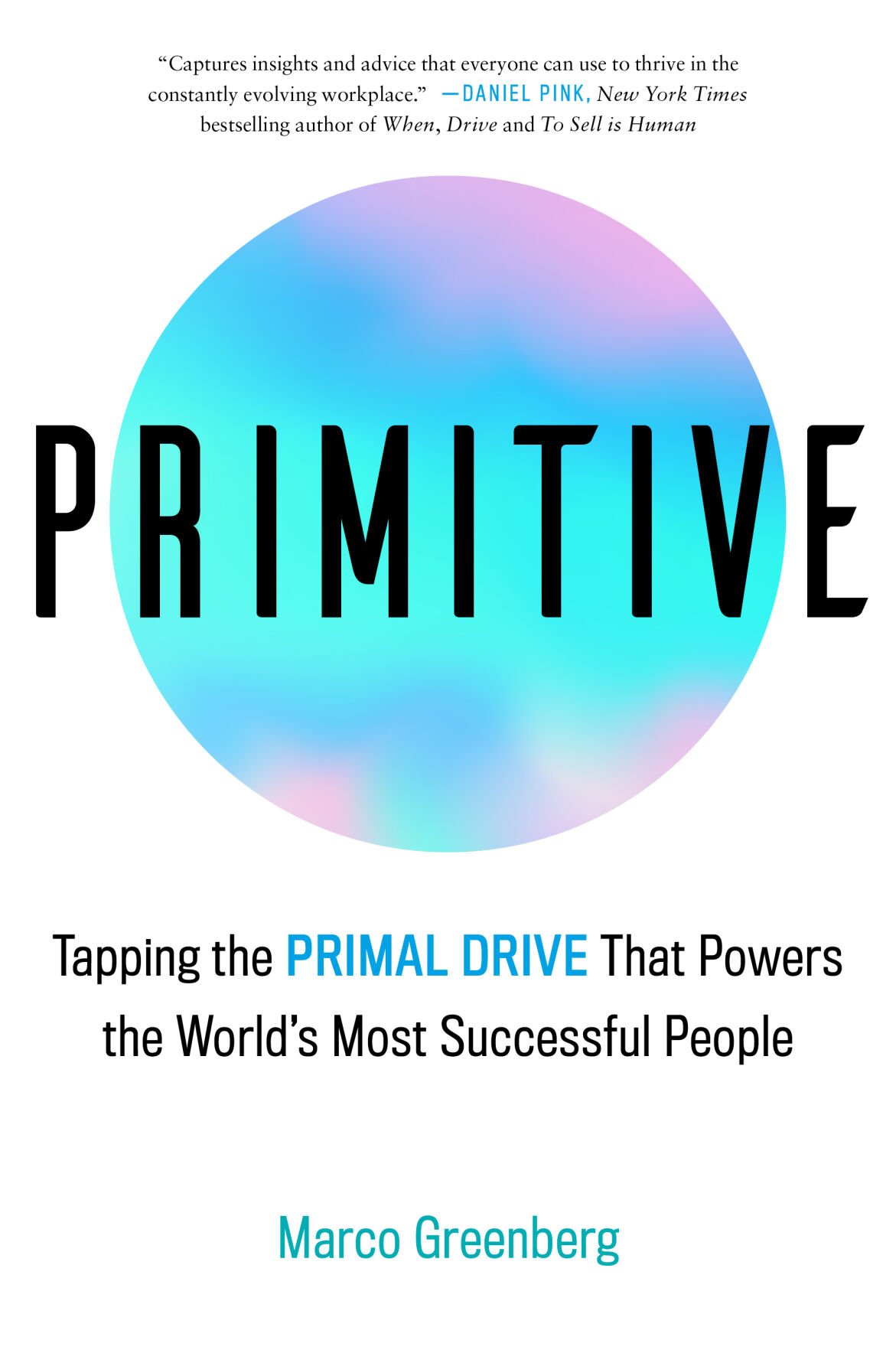 Marco Greenberg splits his time between Great Barrington and Manhattan.

What do many of the world’s most successful people have in common?

It’s not a membership to an exclusive club, or a closely guarded secret of the elite, according to Marco Greenberg.

It’s a series of personality traits or qualities, he says, that gives these individuals — the most successful of us — the ability to tap into their most primitive intuitions — and act on them.

“I began to connect the dots between the people I’ve worked with in my career and noticed they all have similar traits in common. Those traits are not the schools they attended, the degrees they hold or their G.P.A. It’s something more intuitive, more instinctive and more innate. Society calls them mavericks; non-traditional,” Greenberg said during a recent interview with The Eagle.

He’s had plenty of experience working with those mavericks of industry. More importantly, he says his new book, “Primitive: Tapping the Primal Drive that Powers the World’s Most Successful People,” can help make you more like them.

Greenberg, who splits his time between Great Barrington and Manhattan, is president of Thunder11, a New York-based C-level boutique public relations and marketing firm. His clients include Fortune 500 companies, healthcare and tech organizations, as well as visionary startup founders and media moguls.

He began thinking about the qualities shared by this group of individuals; sorting out what made them different from others. He thought about the people he had hired over the years who fell into those categories — people who most companies would consider “unconventional” hires. And, he thought about what made him hire them; how they’d been recruited and then retained. (Hint: It wasn’t dress codes, strict schedules and cubicles.)

In the end, he categorized people as either falling into one of two mindsets: “civilized” or “primitive.” Each category comes with its own streamlined acronym — HOMING (Hierarchical, Occupational, Measured, Insulated, Nonconfrontational and Grounded) or ROAMING (Relentless, Oppositional, Agnostic, Messianic, Insecure, Nuts and Gallant) that describes qualities of the personality archetypes falling within it.

And while those ROAMING qualities might not sound like the best terms to describe an employee many would want to recruit, Greenberg says those are the qualities that drive individuals who aren’t afraid to take risks, start over or suddenly move across the country. (Think: Jennifer Hyman and Jennifer Fleiss of Rent the Runway, Arianna Huffington, Elon Musk, Sean Combs and Marc Benioff.)

They are people who do “what they are not supposed to do.” And each is successful in their own way.

“It’s all about how you define success,” Greenberg believes.

Is it defined by bank accounts and 401Ks? Or, is success something more primal? The ability to set your own hours? To dress the way you want? To live and travel where you want?

“Another way to describe this book is being true to yourself. COVID-19 is reminding us that time is short,” he said.

Don’t worry if you fall into the “civilized” category, Greenberg says, every one of us has primitive qualities — it’s just the majority of us need help tapping into them. And that’s where his book comes into play … [How primitive are you? Find out at primitivebook.com/surveys]

Greenberg recently took the time to answer a few questions about his book, “Primitive,” which was listed as No. 4 on the Wall Street Journal’s “Bestselling Books” list for the week ending June 27. His answers have been edited for length and clarity.

Q: What made you write “Primitive”?

A: I think there have been moments in all of our careers when we’ve felt stuck, underappreciated and underutilized. I started connecting the dots … But, I thought, who am I to write this book?

Finally, in my mid-50s, I asked, “Who am I not to write this book?” The whole point is that it’s not about credentials; It’s been an amazing process. I wrote it to help people. That’s my wish. And in the process, I also helped myself. I realized that I’m a bit of a mutt — I might skew “primitive” but I still have “civilized” qualities.

Kirk McDonald [recently named North American CEO of GroupM] said to me this book would be “the most useful to people who identify as ‘civilized’ and are often the ones who feel stuck the most”… We’ve been taught to do all the right things. We do them, and a lot of us end up frustrated and feeling stuck.

Q: Does every “civilized” person have a little bit of the “primitive” in them?

A: Absolutely. However, they’ve often been taught to bury that side of their personalities; taught to do what they are supposed to do; what they should do and what they must do. Albert Ellis, the American psychologist, said we need to “Stop shoulding yourself.” [The act of doing what you “should” do, as opposed to what you want to do.]

It’s not a bad thing to be “civilized.” One of the problems that startups sometimes have is they don’t have any civilizing influences and are run by uber-primitives people. The common thread for Danny Lewin [who cofounded Akamai Technologies] and Austin McChord [founder of Datto, who rang the opening bell of the New York Stock Exchange on Oct. 21 in celebration of its initial public stock offering] was Paul Sagan, a cerebral civilizing force on two uber-primitive entrepreneurs.

We need the yin and yang. It allows people who are even super “civilized” to make a few “primitive moves.”

Q: How do you define success?

A: A lot of people define it in a monetary way. They want to provide for themselves and their loved ones. In terms of people I work with, it’s not just about money.

It’s about independence: not having someone breathing down their neck 24/7. It’s having the ability to chart your own course; to leave work and see a soccer game; or to not go to work on a certain day. You don’t need to be an entrepreneur to have these things. It’s about changing the nature of work; working remotely is germane. We need to incorporate flexible schedules and get rid of the ball-and-chain desk. Independence is a big thing; creative people are outspoken.

It’s about making a positive impact: making a difference and contributing to a larger cause. It’s also about fun: Do we enjoy this? Does it elevate us spiritually? Does it make us smile and make us laugh? Most people see work as drudgery, which reflects a disconnect. What my book is trying to do is to connect us with what we really wanted to do.

Jennifer Huberdeau, can be reached at jhuberdeau@berkshireeagle.com or

"Primitive: Tapping the Primal Drive that Powers the World's Most Successful People"