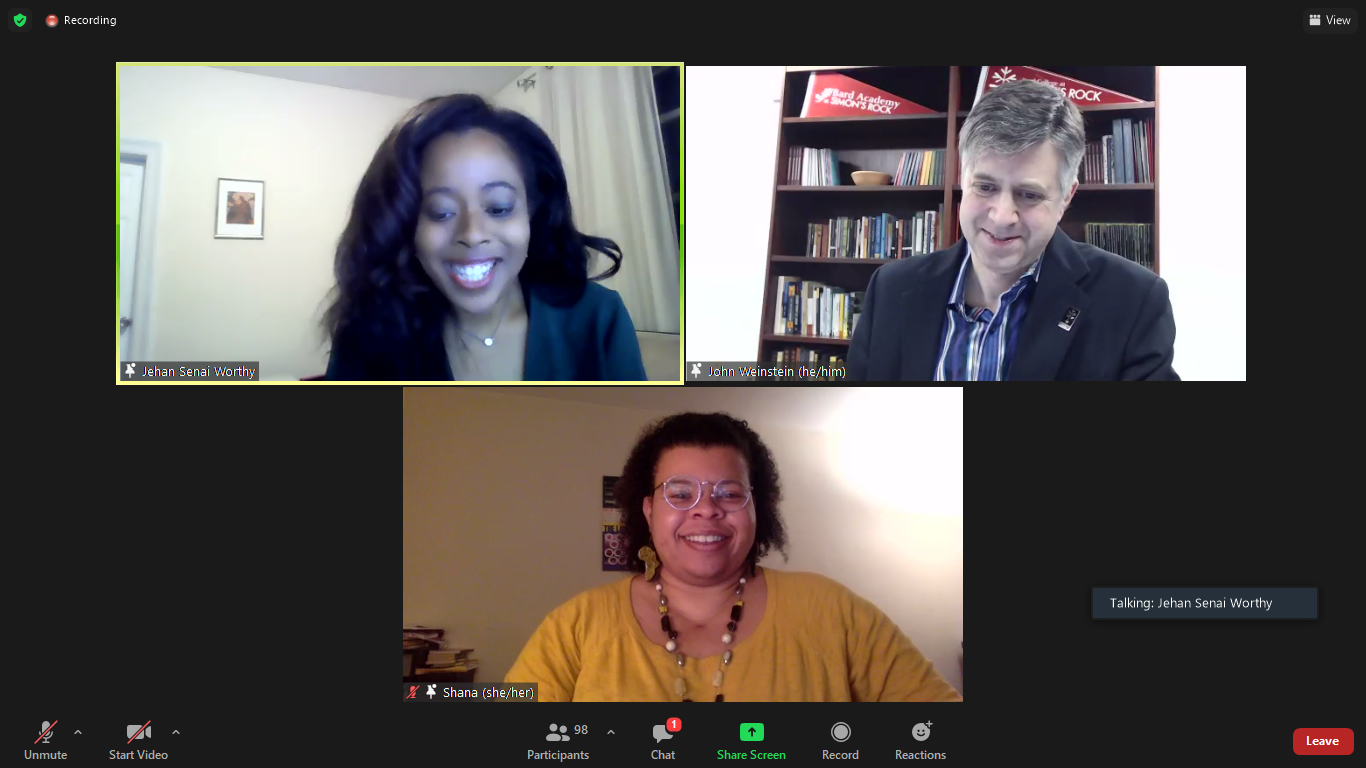 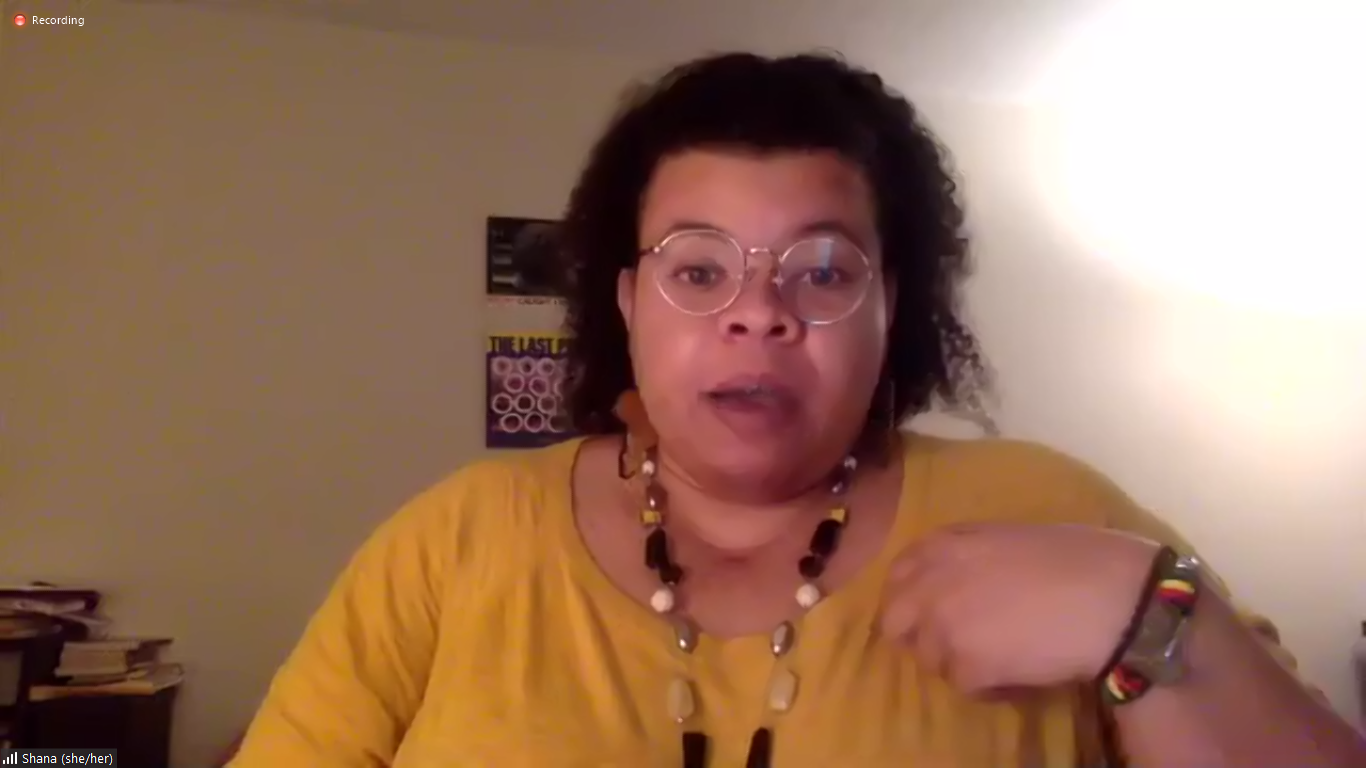 Shana Russell, an assistant professor of English at Bard High School Early College Newark, delivered a lecture to more than 100 participants via Zoom on Monday.

Shana Russell, an assistant professor of English at Bard High School Early College Newark, delivered a lecture to more than 100 participants via Zoom on Monday.

For Shana Russell, studying history is impossible without telling mundane stories from the lives of everyday people.

On Monday evening, Russell told her own story, describing the journey she took from traditional academia to public history.

While researching domestic workers as a graduate student, Russell had read countless texts from sociologists, journalists, Marxist theorists and governments that all had portrayed domestic workers as “passive victims of capitalism and white supremacy.” Her intuition told her something was missing.

“I did not know, had not heard of, nor could I imagine a Black woman who would just take this oppression sitting down,” she said.

Russell found some of the answers she sought in The Crisis, the newspaper that the NAACP has published continuously since 1910. The newspaper’s co-founders, one of whom was Great Barrington’s W.E.B. Du Bois, gave it the subtitle “A Record of the Darker Races.”

“[The Crisis has provided] more than 100 years of text that makes Black folks the actors who star in their own narratives rather than those who are acted upon — an archive that is unmitigated by the white gaze, unmitigated by European intellectual contexts or more mainstream ways of knowing,” Russell said.

Russell gave herself “permission to know and love” the domestic workers she wrote about, whether they were everyday people, whose stories were recorded in The Crisis, or literary characters, such as Langston Hughes’ Madam Alberta K. Johnson or Richard Wright’s Bessie Mears. Stories of domestic workers’ resistance and resilience, for Russell, mattered at least as much as the fact of their degradation.

Russell’s research was met with praise, and she earned a job offer as a tenure-track faculty member at a university. Yet, she would have been the only Black member of an all-white literature department — in her own words, “a diversity hire.”

But, building scholarship equitable to Black people and their histories, Russell said, requires more than the mere inclusion of more Black voices. Rather, it requires alternative ways of teaching and knowing.

She turned down the job in academia for one in public history. As chief historian for the Rikers Public Memory Project, Russell has sought to document the impacts of four generations of mass incarceration at New York’s Rikers Island jail complex. Through building an oral history archive, the project seeks to document a long legacy of resistance to Rikers and to provide a record of harms to show what people impacted by incarceration might be owed.

Now, as a teacher, Russell seeks to pass down some of the lessons from her journey — as well as lessons from Du Bois’ life and work — to young people eager to learn and to change their communities for the better.

“Young people are the most honest, the most frank, and the most fearless,” Russell said. “I couldn’t bear the idea of learning and knowing alone in a cubicle anymore — that’s supposed to be a collective and collaborative process. ... As a teacher, I invite my students to bring their own stories and experiences into the classroom and to center themselves in the same way that Du Bois and his colleagues chose to do with The Crisis.”