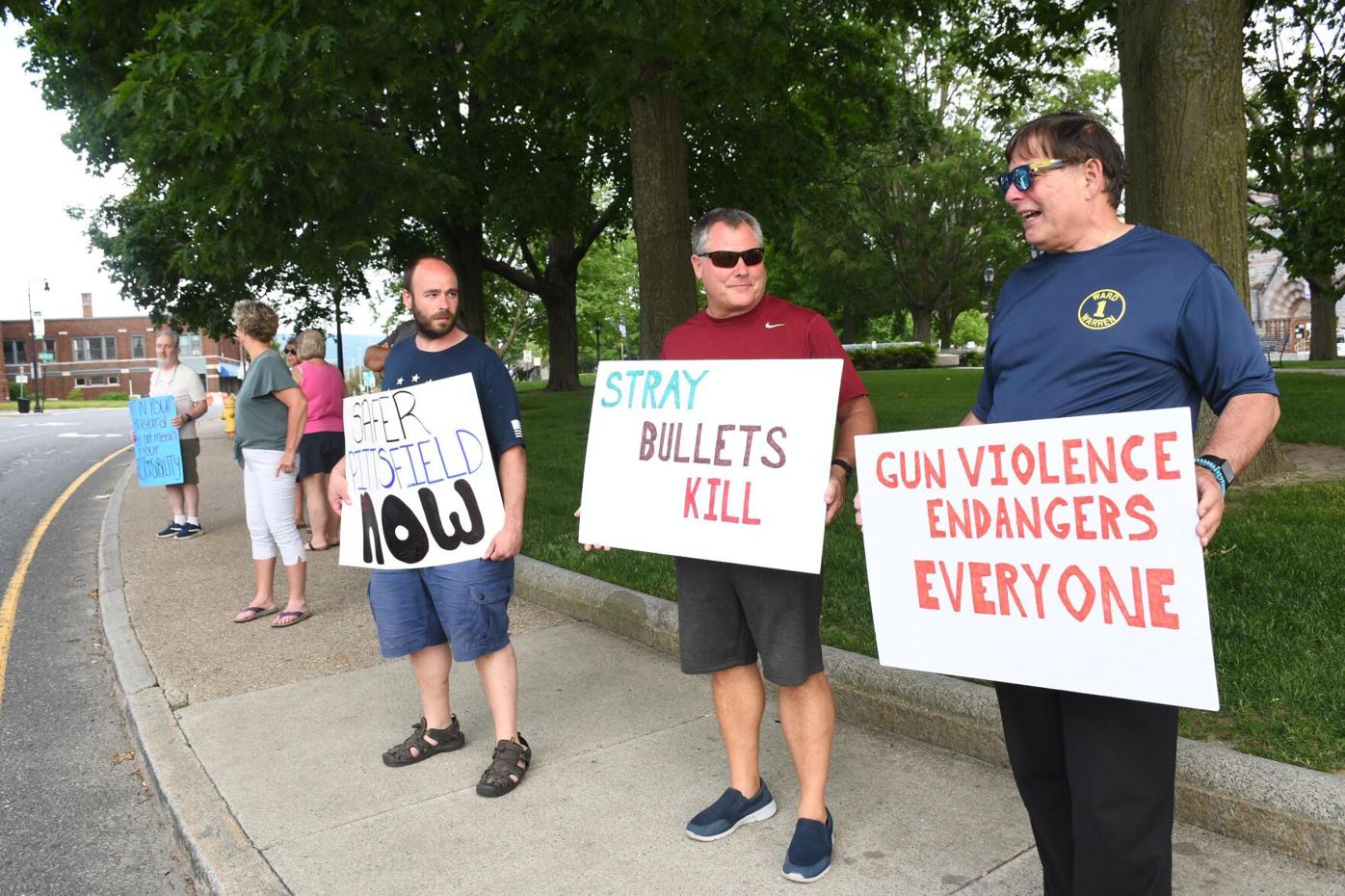 About 25 people gather at Park Square in Pittsfield on Monday evening to protest a recent rash of shootings. Not long after, two more shootings were reported in the city, including a man who was riding on the hood of a car and shooting toward a home, police said. 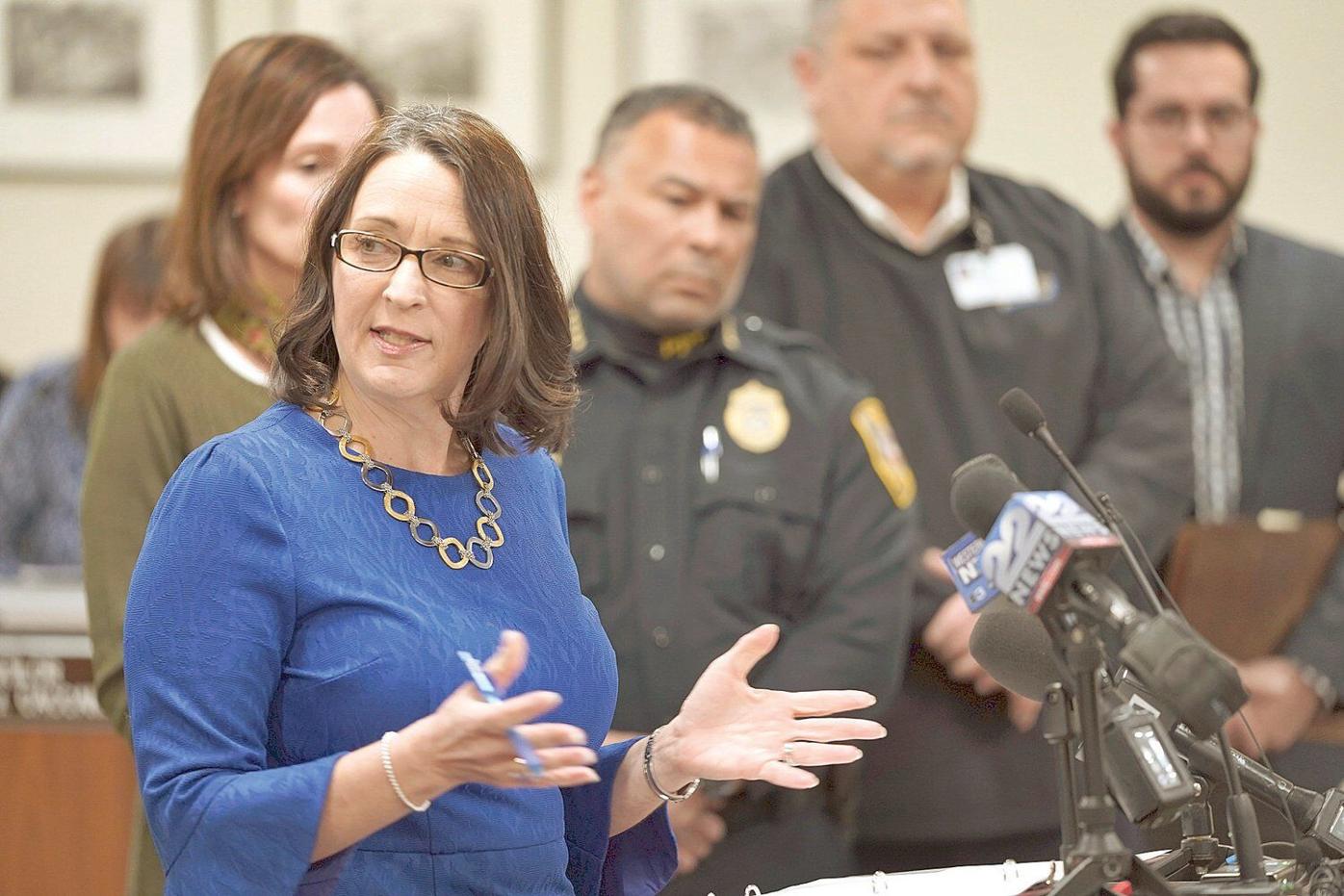 Pittsfield Mayor Linda Tyer called on the community Tuesday to cooperate with law enforcement investigating a recent number of shootings.

PITTSFIELD — In the wake of a rash of shootings in the city, Mayor Linda Tyer on Tuesday said police presence has been increased in areas affected by gunfire, and support has been requested from the state police Community Action Team, which patrols high-crime areas.

And she called on the community to cooperate with law enforcement investigating the incidents.

“There may be people within these parts of the city that have information that is helpful to the police investigation,” she told The Eagle. “I’m encouraging people to come forward, because we have seen how that kind of community participation has worked [in the past.]”

Her comments came on the heels of two shootings Monday night.

In the first, a man was arrested after police say he fired shots toward a Linden Street home while riding on the hood of a car.

Jesus Lugo, 37, of Pittsfield, was taken into custody on firearms charges in the shooting. He suffered a gunshot wound to one of his hands and was taken to Berkshire Medical Center for treatment of injuries that are not life-threatening, according to a news release from Pittsfield Police.

About 8:35 p.m., Officer Brennon Stockton saw a black sedan heading west on Linden Street with a man riding on the hood and shooting toward the home, the release stated. The officer saw him fire five times.

When Stockton tried to stop the car, the man on the hood fled on foot through backyards in the area. While searching the area, police saw the man run inside a home on Robbins Avenue.

The man, identified as Lugo, came out of the home a short time later, bleeding from one of his hands. It’s unclear from the news release how Lugo suffered the wound.

Lugo and the driver, a woman, are acquaintances, said police, who noted that they do not believe the shooting was a random act. The woman was not cooperative with officers.

The sedan was towed to the Police Department for processing.

Officers searching the area recovered the firearm they believe was used in the shooting and also found ballistic evidence. Additional charges “may be forthcoming,” the release stated.

A second shooting was reported, on Daniels Avenue, shortly before 1 a.m. Tuesday. No one was injured, and that incident remains under investigation.

The shootings are the latest in a string violent incidents in the past two weeks, including a victim shot multiple times early June 1.

There were eight confirmed shootings during May, and a shooting homicide in April on North Street, the city’s main thoroughfare.