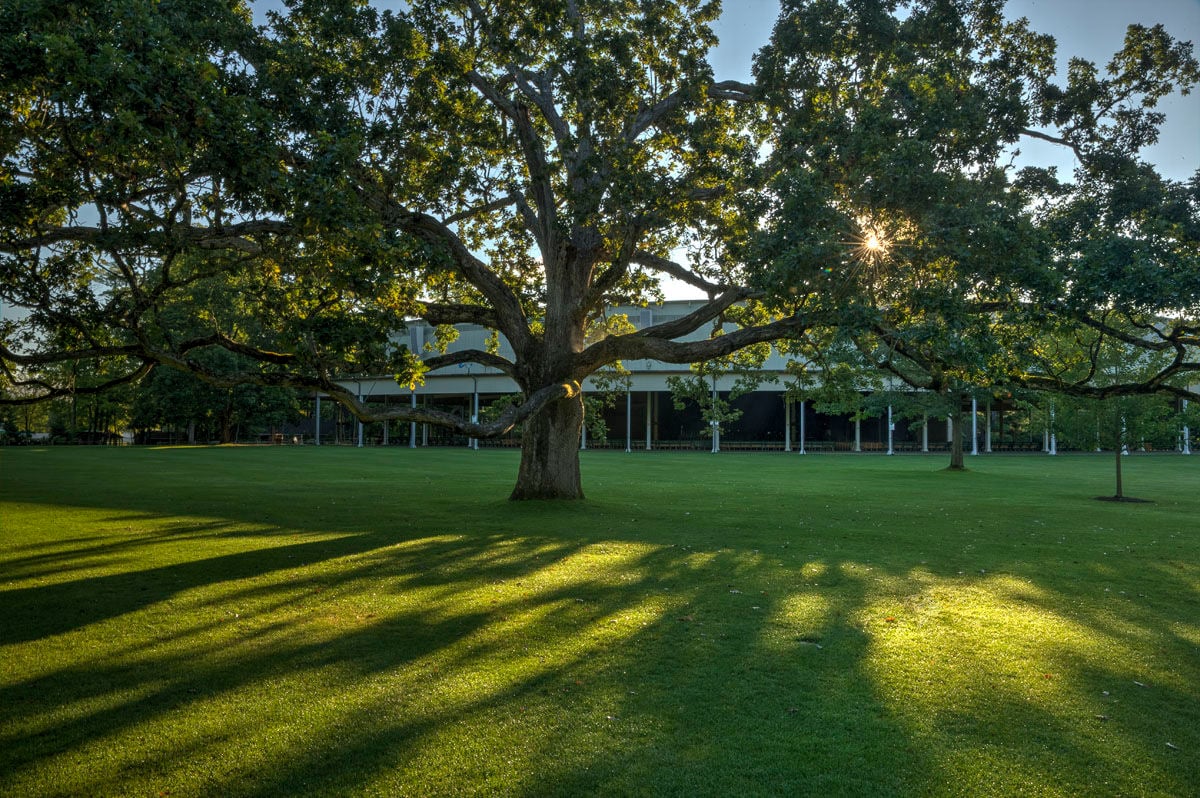 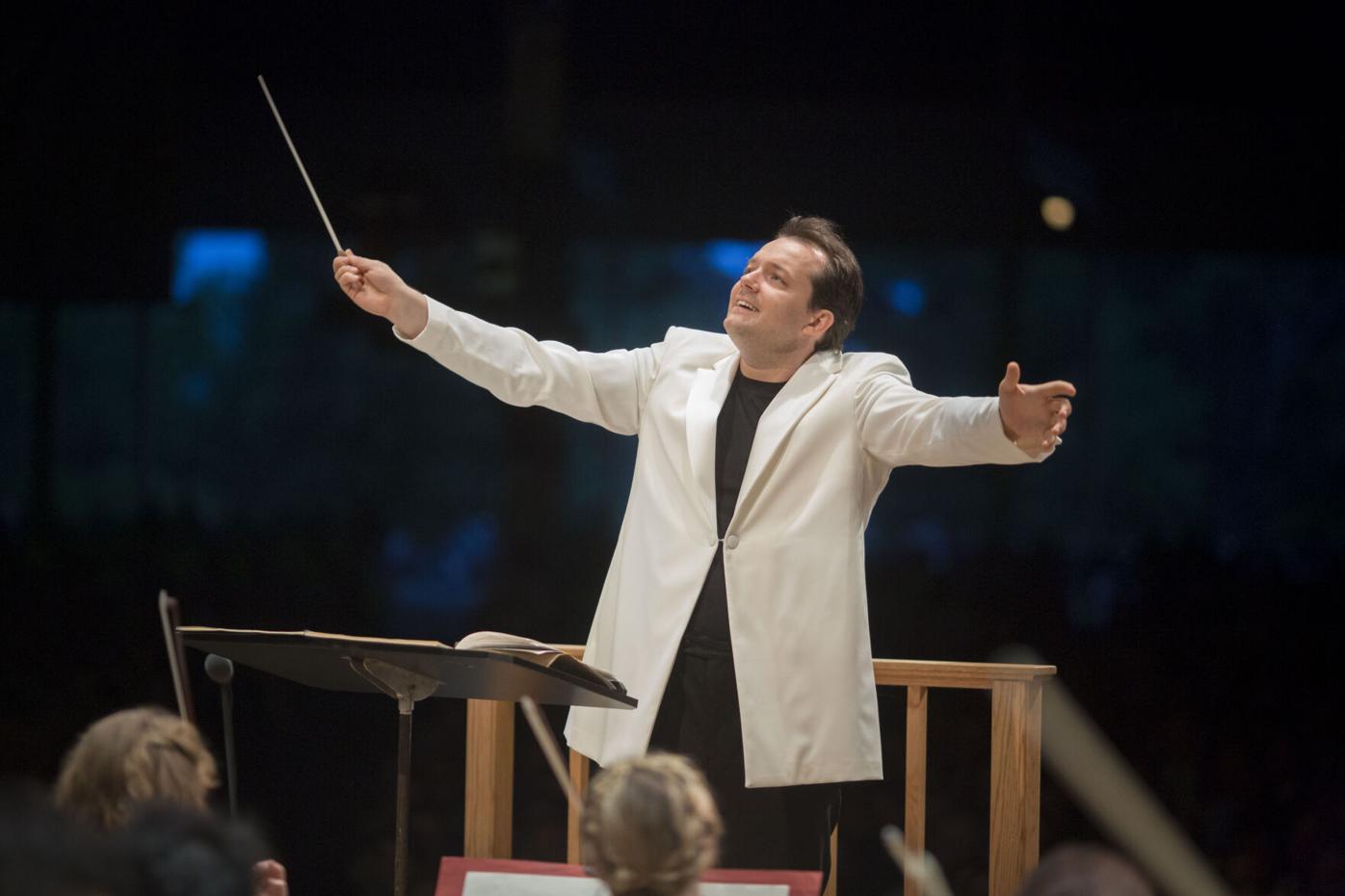 LENOX — It’s official: There will be performances for limited audiences during a shortened season at Tanglewood this summer.

Six weeks of in-person concerts by the Boston Symphony Orchestra and other groups are scheduled. But, there will be reduced capacity, and an extensive array of specific health and safety requirements, at the open-air venue that can accommodate up to 18,000 listeners in normal times, when the season lasts 10 or 11 weeks.

The much-anticipated confirmation by the BSO management Friday is not only music to the ears of classical aficionados starved for live concerts for more than a year, but also balm for hospitality industry leaders, since Tanglewood drives the engine of tourism in the Berkshires to the tune of more than $100 million in a typical year.

It also provides hundreds of seasonal jobs to young people at the scenic campus promoted as “between Lenox and Stockbridge.”

The reopening plan was approved by the BSO’s board of trustees Thursday, after months of painstaking preparation by more than 100 orchestra staffers.

The restoration of live concerts with audiences ends an unprecedented hiatus that began in March 2020, as the COVID-19 pandemic spread worldwide. Last summer, the Tanglewood Festival completely was closed for the first time since the World War II era, when the 1943 season was canceled.

The upcoming festival will extend from July 9 to Aug. 16, with typical two-hour concerts reduced to 80 minutes or less, intermission-free. There are wide-ranging public health and safety mandates for all visitors, concertgoers, musicians, staff and volunteers. But, at present, proof of vaccination is not anticipated.

The season will be led by BSO Music Director Andris Nelsons, who will conduct six BSO programs and two performances by the Tanglewood Music Center Orchestra, a reduced group of about 60 students attending the orchestra’s summer academy for advanced study, compared with the normal total of 150.

“I continue to hold in my thoughts and heart all those who have been directly affected by the pandemic through illness or the loss of a loved one,” Nelsons said in a statement. “My hope lies with music’s ability to heal and inspire us, helping to move and sustain us through the challenging times of our lives.”

Ticket sales for the Popular Artists series, normally held during the last two weeks of June, have been suspended for the time being. The BSO is trying to reschedule those shows to later in the summer or to the 2022 Tanglewood season, though some might need to be canceled, the BSO announcement stated.

The BSO will provide further details when those plans are confirmed in the coming weeks and will honor all ticket purchases for events that are not canceled.

In response to The Eagle’s query on whether James Taylor would perform this summer, the BSO and Taylor’s team stated: “As of today there is no new information regarding James Taylor’s Tanglewood concert scheduled for July 4; we will communicate with all ticket buyers as soon as we have more information to share.”

Although program details for the season won’t be announced until April 8, the summer festival schedule announced Friday includes:

• Chamber music performances by the TMC Fellows on Sunday mornings and Monday afternoons;

• A variety of programs at the Tanglewood Learning Institute, which was launched in June 2019 at the new four-building Linde Center;

• Family and community programs, as well as free and reduced-price ticket opportunities.

All performances will be in the open-air Koussevitzky Music Shed, before limited numbers of listeners, with similar capacity limits for the lawn, depending on state guidelines in effect this summer. Currently, attendance would total 12 percent of capacity, but that is expected to be expanded to 25 percent or more by this summer.

Audiences will have to wear masks, except when eating and drinking, and observe physical distancing rules while on the grounds.

In a statement, BSO President and CEO Mark Volpe said “the rigorous plan for Tanglewood addresses the health and safety of everyone associated with the festival. We remain absolutely committed to tracking all aspects of the virus over the coming months, monitoring and following the science behind all recommended protocols and restrictions and updating ticket buyers every step of the way.”

“With the reopening of Tanglewood and welcoming audiences back to concerts for the first time in more than a year, the BSO is taking a step forward in its post-pandemic recovery after the longest period in its history away from its traditional performance schedule at Symphony Hall and Tanglewood.

“The orchestra relishes this opportunity to reconnect with its loyal audiences and the greater Berkshire community and begin rebuilding and reimagining the concert-going experience, as the orchestra begins to look towards a post-COVID-19 world.”

The BSO is investing more than $1.1 million on COVID-related Tanglewood facilities improvements, expanded crowd management staffing and logistics and other aspects of the reopening plan.

The pandemic has had a drastic impact on the BSO’s overall finances. The current operating budget is $57.7 million, down sharply from $103 million in the 2019-20 season. Because of the 16-month live performance hiatus, $51.5 million in revenue has been lost.

In a normal season, the festival attracts an average of about 340,000 listeners.

According to the BSO’s announcement, reopening Tanglewood also will add to the BSO’s financial challenges, given the reduced ticket revenue and increased cost of maintaining a safe campus environment. The orchestra management credited its donors for supporting online performances since last summer and for making possible the scheduling of this summer’s festival.

To enter the grounds, concertgoers will display a digital ticket on their mobile devices to the gate attendant. Mobile tickets will be offered alongside mail delivery and print-at-home ticketing options available through the website.

For walk-up sales, the box office at the main gate on West Street (Route 183) will open at noon July 2.

The health and safety plan is based on assistance from 9 Foundations, collaborating with a team of medical and engineering experts following guidelines from the Centers for Disease Control and Prevention as well as state and local Berkshire authorities, the announcement emphasized.

9 Foundations was created by Dr. Joseph G. Allen, associate professor at Harvard’s School of Public Health. It is staffed by leading experts in the field of exposure and risk reduction in buildings.

In addition to universal masking and physical distancing, the health measures include hand hygiene from sanitizers on the campus, stepped-up air filtration and ventilation, as well as testing and monitoring of musicians, when necessary.

The capacity limits might be revised, depending on updated mandates from the state. Updated policies and procedures will be posted on the website and on social media platforms. Ticket buyers will receive email updates.

The BSO will offer preseason online Town Hall meetings for details about the festival concertgoing experience.

Ozawa Hall and the Linde Center will not be open to the public. But, starting June 14, the grounds will be open daily to visitors at no charge, complying with mandatory masking and physical distancing, from 9 a.m. to 4 p.m., except on performance days, when hours will vary.

A schedule of times when the grounds are available to walk, picnic on and enjoy will be available at tanglewood.org after April 8.

For the first time in Tanglewood’s history, select weekly live video performance streams will be available throughout the summer at bso.org/now for music lovers who are not able to attend the festival’s live performances.

Tanglewood is part of a Berkshire-based consortium of cultural organizations that has developed a unified “COVID-19 Code of Courtesy” that addresses public safety for all visitors to the region. The guidelines have been reviewed and endorsed by the Berkshire Public Health Alliance.

LENOX — Four cheers for the Boston Symphony Orchestra’s bold decision to put on a Tanglewood festival this summer, even though it will be six …