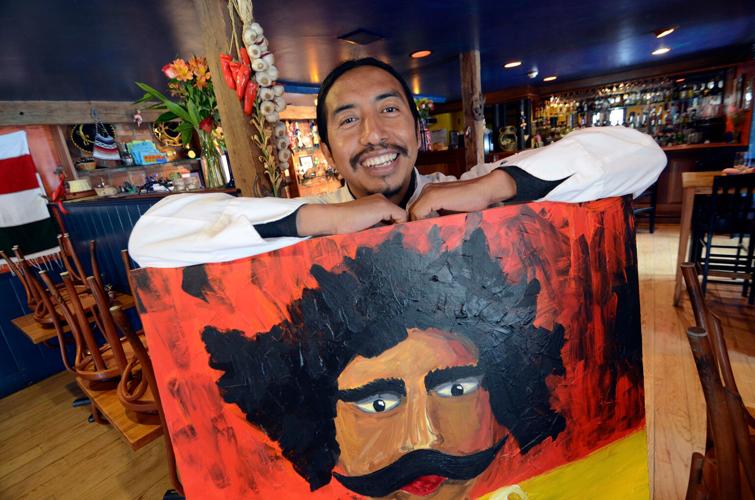 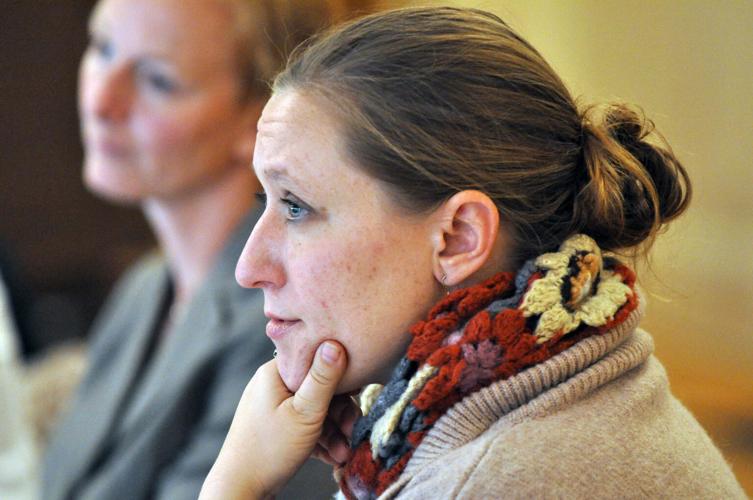 Brooke Mead, from the Berkshire Immigrant Center, says Cinco de Mayo festivities have become a good way for county residents to connect with their Mexican-American neighbors.

Brooke Mead, from the Berkshire Immigrant Center, says Cinco de Mayo festivities have become a good way for county residents to connect with their Mexican-American neighbors.

A variety of margaritas; homemade posole and tostadas; Mexican folk music and storytelling.

Those are just a few samples of the drink, food and festivities synonymous with today's observance of Cinco de Mayo in the Berkshires.

Posole -- a Mexican soup -- and tostadas (fried tortilla chips with assorted toppings) are among the specialties that Xicohtencatl and other authentic Mexican restaurants in the county will offer their customers today.

"For the public, it's mostly about fun, enjoying the day and having a good meal," said Angel Espinoza, a Mexico City native who, with his wife, opened Xicohtencatl (pronounced Chico-ten-cat) in Great Barrington 10 years ago.

Some Mexican-Americans in the county will celebrate at home today.

For Sheffield resident Gabriela Cruz, Cinco de Mayo is about a family gathering centered on the children learning about their Mexican heritage.

Cruz, who immigrated to the United States 10 years ago, said she will spend today with her two sons, ages 11 and 9, and her 6-year-old daughter.

"I will read to my kids about Cinco de Mayo, cook a special dinner and decorate the house with flowers of Mexico," Cruz said.

A relatively minor holiday in Mexico, Cinco de Mayo has become a major celebration of Mexican heritage and culture in many parts of the United States.

In essence, the day is much like how St. Patrick's Day honors those of Irish descent on March 17, according to Brooke Mead, program coordinator at the Berkshire Immigrant Center.

"You have parades, folklore, dances and other activities around the country," Mead said. "It's much more than tacos and margaritas."

Cinco de Mayo -- or the fifth of May -- honors the Mexican army's victory over France in 1862 at the Battle of Puebla during the Franco-Mexican War (1861-1867). Although not a major strategic triumph, the victory bolstered the Mexican resistance movement that drove the French invaders from the North American country five years later, according to the History Channel's website.

Cinco de Mayo often is confused with Mexico's Independence Day, which is celebrated as a Mexican national holiday on Sept. 16. On that date in 1810, revolutionary leaders began a 10-year war that would end 300 years of Spanish rule of land originally ruled by the Aztecs.

Cinco de Mayo celebrations in the United States emerged in the 1960s and 1970s as the Mexican-American population began to grow steadily in Southern California and the Southwest, according to the History Channel.

Mexicans currently rank fourth among Berkshire County's Hispanic and Latino population, Mead said. According to the 2010 U.S. census, Hispanics and Latinos account for 3.5 percent of the county's 131,219 residents.

In 2003, Guadalajara resident Jesus Chairez moved to Pittsfield, and three years later he and his wife, Natalyia, opened Panchos on North Street.

Jesus Chairez said his restaurant's annual celebration of Cinco de Mayo is a big draw for people looking for an authentic Mexican meal. He also said the holiday has played a role in the Berkshires' increasing appetite for Mexican cuisine.

Cinco de Mayo is especially good for business when it falls on a weekend, according to Galo Lopez, co-owner of Coyote Flaco in Williamstown.

Lopez says his restaurant will have a special menu today, along with live music and several pinatas to entertain customers.

"[Mexican] food is wonderful," said Lopez, an Ecuador native who opened Coyote Flaco in 2006. "It's one of

Several Cinco de Mayo celebrations today are doubling as fundraisers for area nonprofits. Rubi's on Main Street in Great Barrington will host an event from 6 to 8 p.m. to benefit the culinary arts program for the Railroad Street Youth Project.

Also, at the Notchview Reservation Visitor Center in Windsor, the Trio Candela Latin Ensemble will lead a 2 p.m. fundraiser for the Tamarack Hollow Nature & Cultural Center that organizers plan to build in Windsor.

"It made sense to have the fundraiser on a day connected with the music I play," said Aimee Gelinas, who performs Mexican and Latin American music with the ensemble and also is a founder and director of the proposed center.

Besides a reason to party or raise money, Cinco de Mayo celebrations have become a good way for longtime Berkshires residents to connect with their Mexican-American neighbors, according to Mead.

The Williamstown native said she first experienced Cinco de Mayo celebrations while attending the University of Southern California from 1994 to 1998.

After graduation, Mead -- already fluent in Spanish --spent nearly a year working as a travel agent in Cancun, Mexico, where she found Cinco de Mayo was more of a tourist attraction than a holiday.

She returned to the Berkshires in 2000 and said she is pleased the day has become a way for the county to understand Mexican culture.

"I think everyone should learn about Mexico," she said. "They are our neighbors, and we owe it to them to do so."