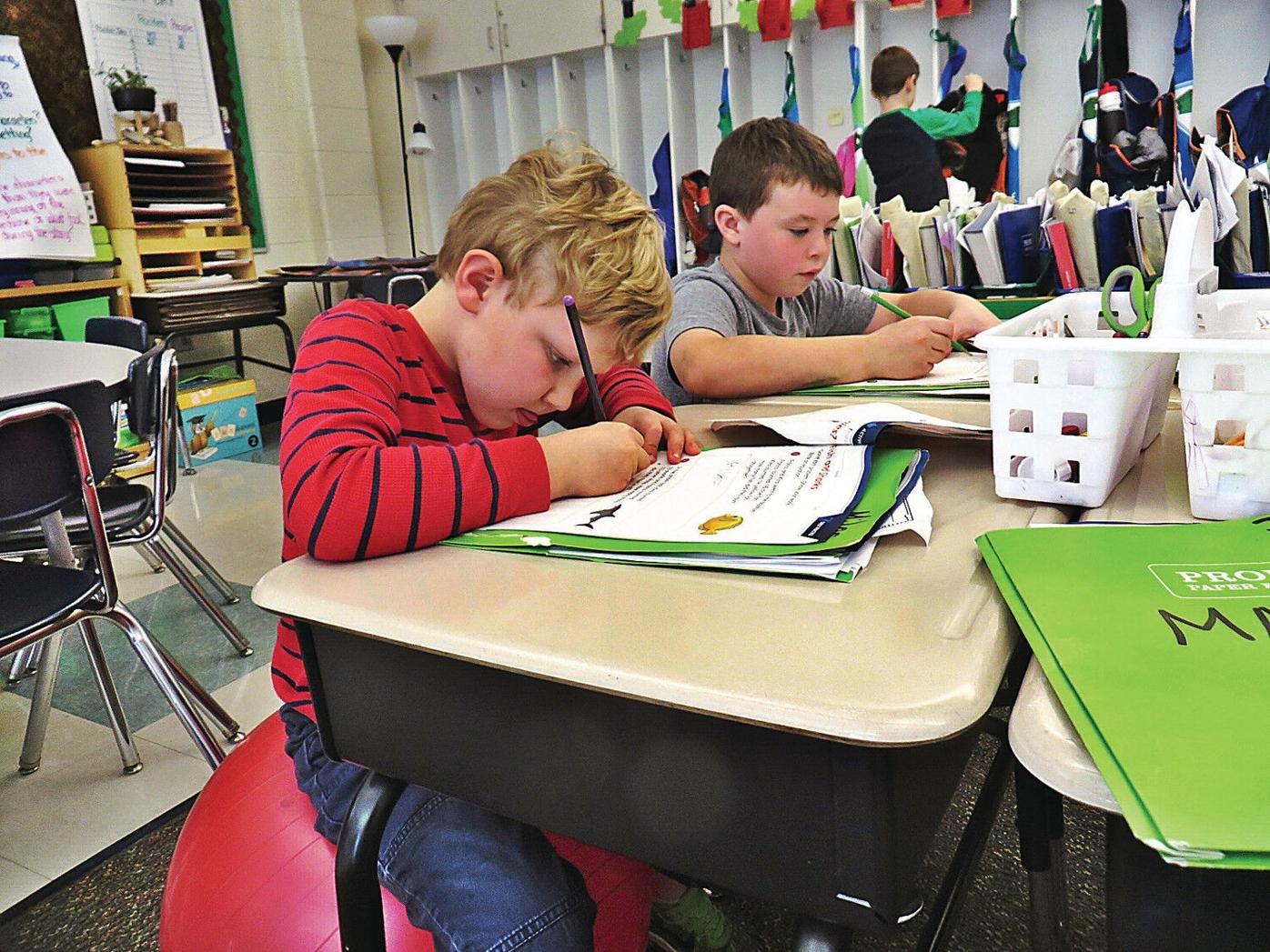 There's no assigned seating or a single style of seating in Jennifer Annand's second-grade classroom at Muddy Brook Elementary School. Here, a pair of students chose to practice math work seated atop some cushy yoga balls. 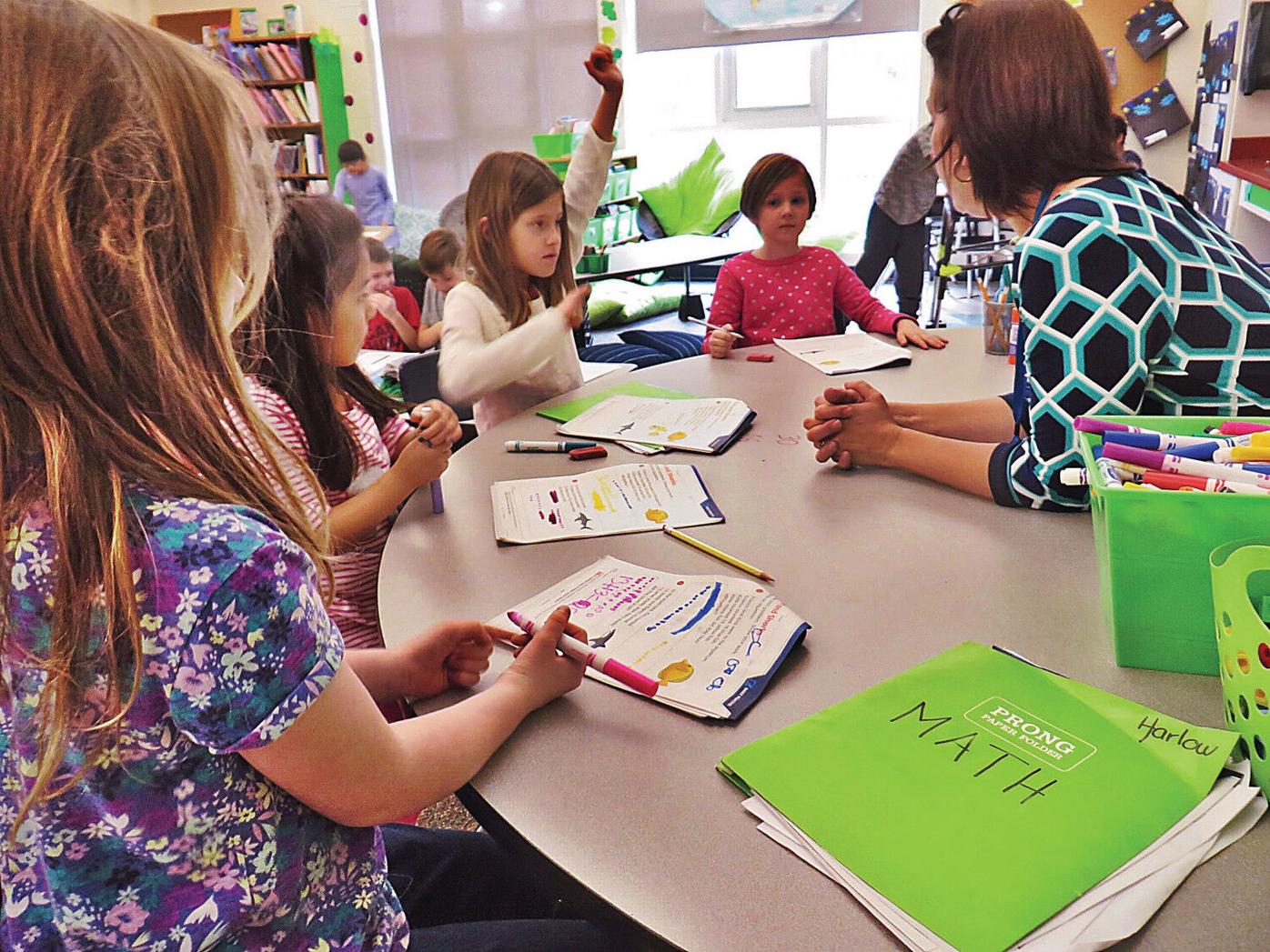 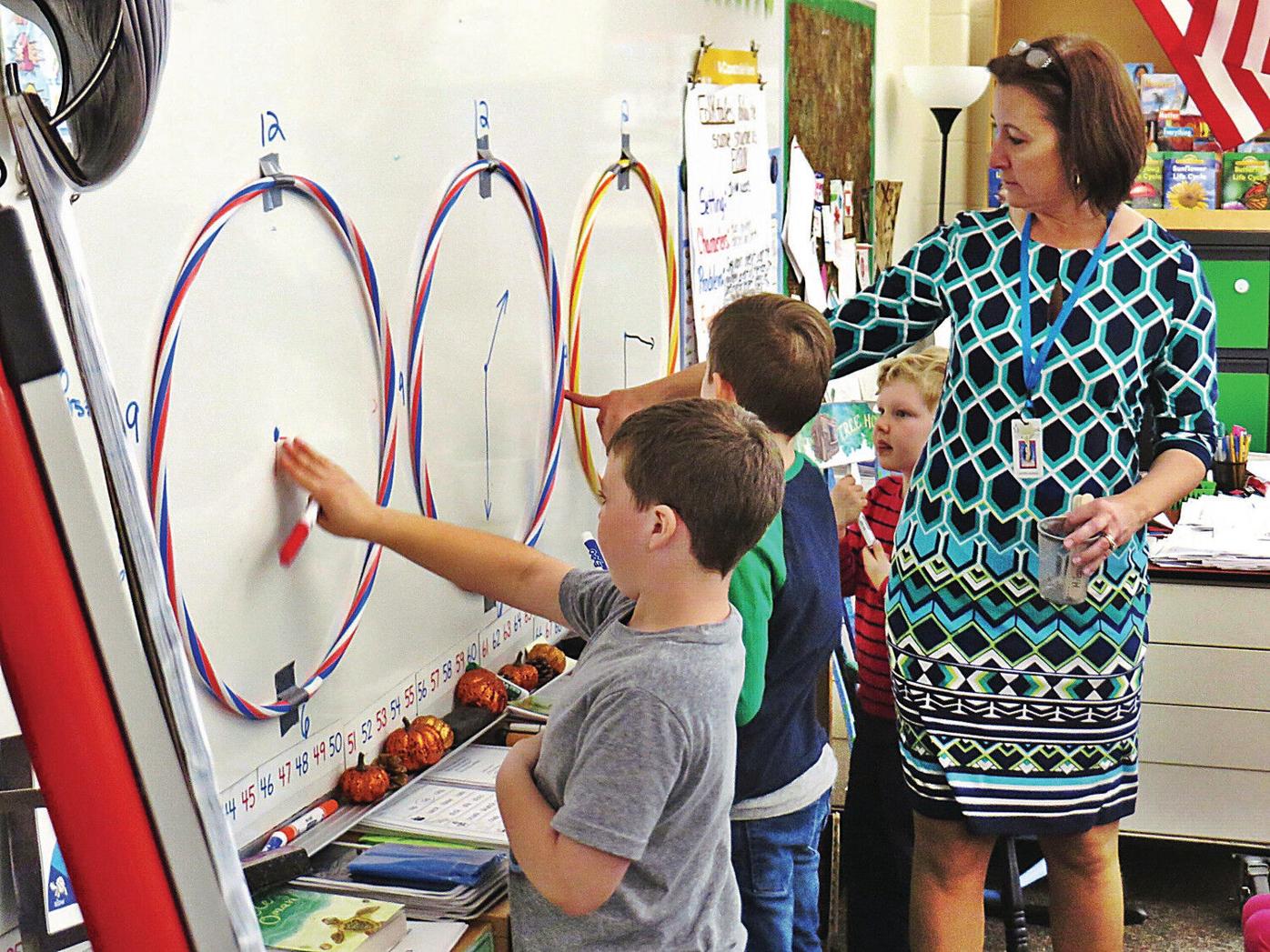 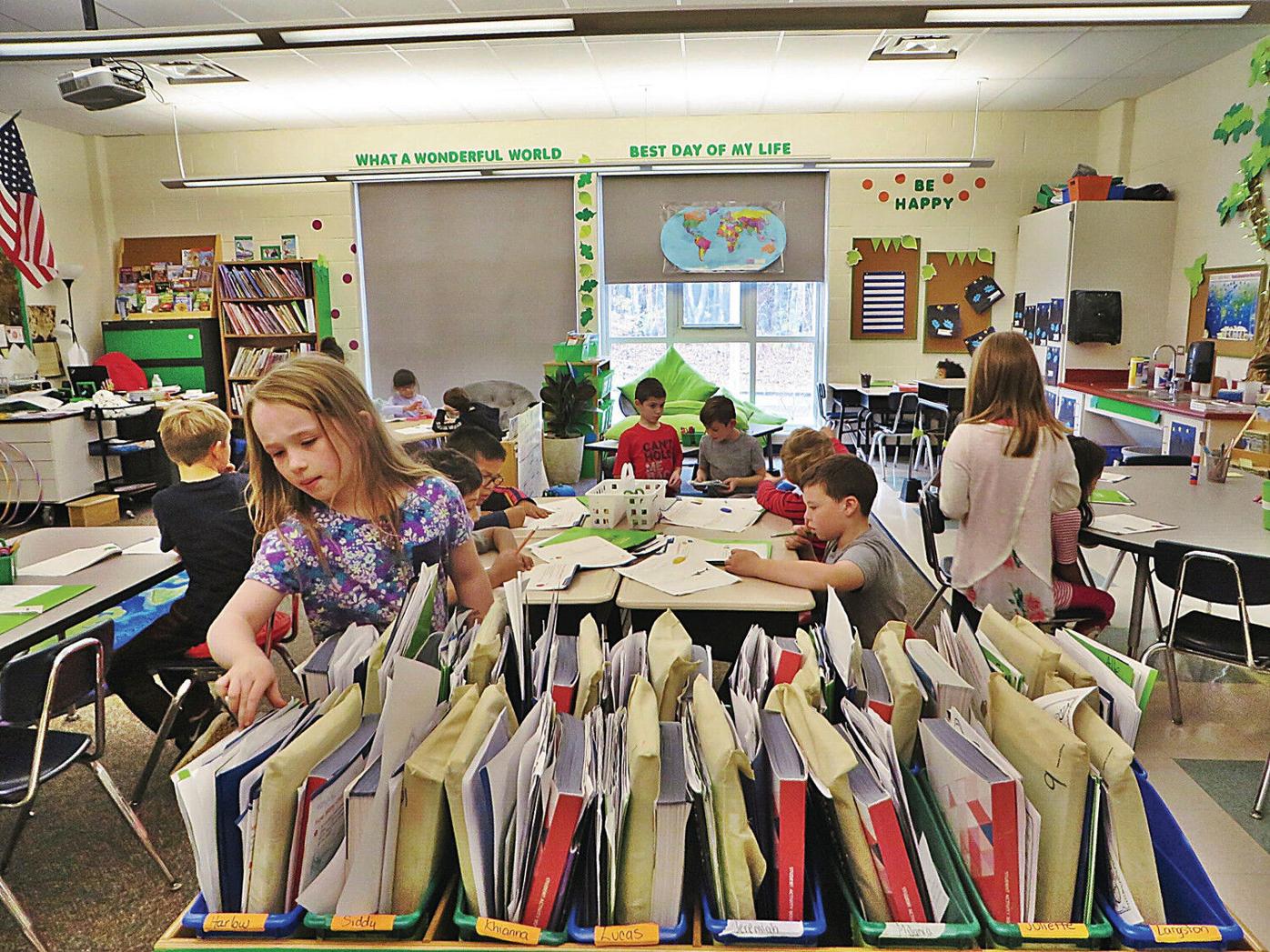 Students in Jennifer Annand's second-grade class at Muddy Brook Elementary School have their own folders for independent studies in math, reading and other subjects.

There's no assigned seating or a single style of seating in Jennifer Annand's second-grade classroom at Muddy Brook Elementary School. Here, a pair of students chose to practice math work seated atop some cushy yoga balls.

Students in Jennifer Annand's second-grade class at Muddy Brook Elementary School have their own folders for independent studies in math, reading and other subjects.

GREAT BARRINGTON — It's Jennifer Annand's first year teaching second grade at Muddy Brook Elementary School, but the former art teacher's creative energy seems to be catching on with her students.

Parent Stephanie Quinlan, who nominated her son's class and teacher as a "Classroom of the Week," said she and her son, Evan Miller, are big fans of the classroom setup. The decor is inspired by the popular "Magic Tree House" children's book series by local author Mary Pope Osborne, complete with a tall paper tree mural and library of the global adventure books, as well as lots of chairs and comfortable nooks for the children to read in.

Quinlan writes, "Mrs. Annand runs an open and free-thinking class; instead of traditional desks, students can choose to sit on exercise balls at a table, on pillows on the floor around a low table, or stand around a high table."

During a visit to the classroom, second graders were seen taking full advantage of all the levels and open space in the room, starting their post-lunch time with a mini yoga exercise to ease their minds and bodies back into focus, followed by a math lesson in telling time. The students began seated on a carpet, each with a small, yellow plastic clock in hand. On the white board in front of them, the teacher had taped up three hula hoops to serve as large clock frames in which students could use the white board markers to draw minute and hour hands to indicate time.

And so the lesson went, with Annand asking the kids to show times like "30 past 7" and "10 o'clock." While the group sat together, some kids individually set the hands on the practice clocks, while others were randomly selected in groups of threes to go up to the white board to draw the time for everyone to see and check. They worked together to help correct one another and memorize the hours and minutes on the clock faces.

After the big group lesson involving her 18 pupils, the children then picked up math activity folders and settled themselves in various parts of the classroom — there's no assigned seating — and they worked independently, in pairs and small groups, to complete worksheets, puzzles and graphs based on counting, addition and subtraction.

"I love math," said a girl named Kianna. "We learn new things. It's my favorite part of the day."

Student are also encouraged to take on fun leadership roles in the room, ranging from the "Ambassador of Happy," which on this reporter's visit, included a boy who introduced himself as Jack, to the "office manager" who is designated to answer the phone and help sort folders, and the "line monitor," who makes sure everyone is ready, quiet and lined up to go to lunch or the bus, or a special class.

Another activity students seem to love is receiving "high-five tickets" for good deeds or hard work, which they can exchange for real currency to buy trinkets from the class "store." As a parent, Quinlan said she loves how this helps kids learn about earning money and effectively thinking about when and how to budget and spend it.

Annand explains that each high-five ticket is worth a cent, and she prices the items, ranging from pencils to balls to slime, based on the actual cost from her bulk purchases. She said the kids learn to work with coins, do math and plan. "At first, kids were spending [their money] right away, but now I'm seeing some saving more," she said.

Any extra change is kept in a little bag with each student's name on it in the classroom "bank."

Annand said a favorite activity of hers is the school's "Fun Fridays" approach to curriculum, which blends academic subject matter like English language arts, math, science and social studies, with visual art, music and movement. In her class, Fun Fridays are focused on exploring the Earth's continents and cultures. In a recent study of Africa, students studied then tried their hands at constructing ceremonial-styled masks in paper, making drums and read about African history and culture.

To help boost her students' reading and word recognition skills, Annand invited an elusive friend called "Shadow," to visit the classroom and leave notes. The children soon learned that Shadow's spelling wasn't always perfect, so they helped their phantom pen-pal edit his letters, and also wrote questions and received answers about Shadow's adventures.

She said she also credits her co-teachers for discussing and developing ideas to help keep a diverse range of youngsters constantly engaged in learning and growing.

Muddy Brook Elementary Principal Mary Berle praised the class and teacher for their work, and called Annand "a creative force" who "brings all of her experience as an art teacher into the classroom and makes every day joyful and exciting."

She said Annand also is helpful in sharing her creative approaches with other staff members and supporting other classrooms in doing that work.

Said Berle of Annand, "She never gives up on her students and knows all her students' families very well. ... She's a wonderful force in her classroom and in the whole school."