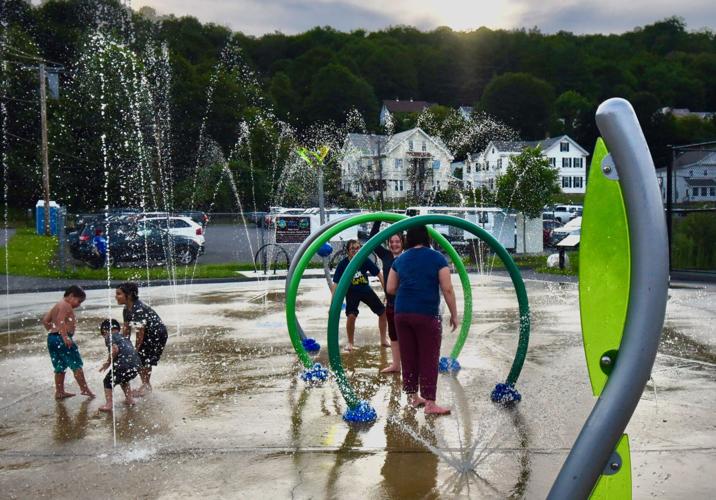 Summer days and nights are getting hotter in Pittsfield. Data from the municipal airport shows that more than one in five summer nights now are abnormally hot by 1960s standards. 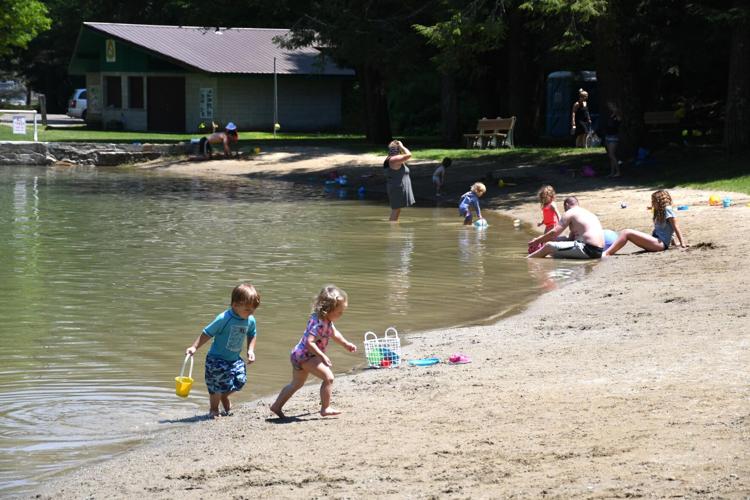 People enjoy the cool waters of Margaret Lindley Park in Williamstown in June. Summer days and nights are getting hotter in the Berkshires.

Summer days and nights are getting hotter in Pittsfield. Data from the municipal airport shows that more than one in five summer nights now are abnormally hot by 1960s standards.

People enjoy the cool waters of Margaret Lindley Park in Williamstown in June. Summer days and nights are getting hotter in the Berkshires.

Summer nights are getting hotter. And those really cold summer days? They're disappearing.

Climate change captures attention when it manifests in major storms or droughts. But, it also has been changing the way we experience the everyday.

The Eagle analyzed data from the 1960s and the first two years of the 2020s from the Pittsfield municipal airport to see how the temperature is shifting.

Minimum temperatures from June through August — that's just the coldest any given summer night will get — have been rising in cities across the country.

Climate scientists say it's a combination of human-caused climate change and urbanization driving these higher temperatures.

Inspired by The New York Times' analysis of summer nights nationwide, The Eagle looked at the same data for the Pittsfield municipal airport.

If the graphs do not load in the Berkshire Eagle app, visit BerkshireEagle.com.

The data, provided by the National Oceanic and Atmospheric Administration, does not include temperatures for large portions of the 1970s, '80s and '90s. The dataset has been smoothed to show trends, rather than individual data points.

Why does it matter if it's hot at night?

"The night needs to be substantially cooler than the day to really give your body a break," said Madeleine Scammell, associate professor of environmental health at Boston University. "People who are most vulnerable to the effects of hot nights are the people whose bodies are less capable of regulating and adapting. That would be elderly people, as well as infants."

Hot nights decrease sleep quality, she pointed out, and poor sleep can lead to health issues, as well as accidental injuries and significant economic losses.

"I've heard families talk about, 'Well, when it's an exceptionally hot night, we all just camp out in the coolest room,'" Scammell said. "But, when you have increasing frequencies of very hot nights, doing that is not fun anymore. It's not an adventure. And the sleep deprivation catches up with you."

2. Days are getting hotter, too

It's not just the nights.

The average maximum temperature recorded at the airport in the 1960s was 77 degrees. By the 2010s, it had jumped to 78 degrees.

In the 2020s so far, the average summer high has neared 80 degrees.

Like with most of the effects of climate change, the impacts of hotter days and nights has not been distributed evenly. For example, one study in Boston by Harvard University and the Dana-Farber Cancer Institute found that low-income residents and those who did not speak proficient English had higher rates of mortality on hot days.

Hot days and nights are also a staple of urban areas, Scammell points out. New developments and reductions in tree cover ensure that cities get hotter and stay hot.

"The cooling that was built in is no longer there," she said. "You have a lot more tarmac, rubber roofs, impermeable surfaces that are just absorbing the heat and keeping it there."

3. But, I want to know about the average temperature

The average temperature data for June through August, since the 1960s, also shows a steep increase.

2021 was the third-warmest and ninth-wettest year in Massachusetts since 1895, as well as the second-warmest for Western Massachusetts. Here are three takeaways from the data released Monday.