DALTON — Travelers have only a few days to speak out on a big change coming for one of Dalton’s premier intersections.

The state Department of Transportation will close a comment period Friday on its plan to convert the Main and South streets intersection into a roundabout, a project that has some town officials on edge.

Joe Diver, the current chair of the Select Board, told colleagues this spring that he is against the roundabout and didn’t trust that public comments about it posted through the DOT’s website would be adequately considered. Diver questioned whether the town should wait to alert residents to the DOT comment platform until it confirmed how local opinion will be handled by the department.

For its part, the DOT says those views matter and that a public hearing lies ahead as well. 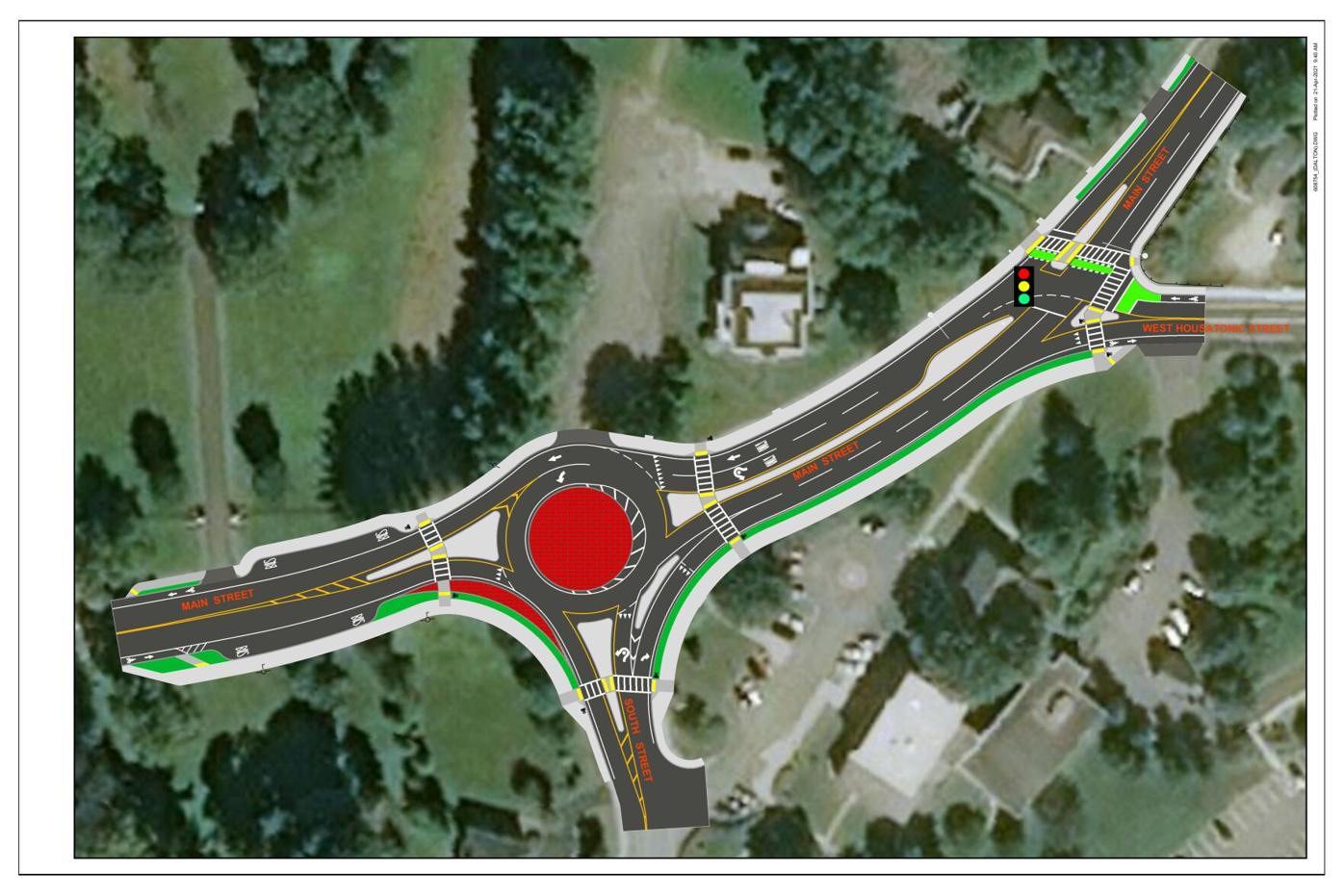 “Your input is highly valued and will be strongly considered when MassDOT selects a preferred alternative,” Jonathan Freeman, the DOT’s project manager, says in a statement on Dalton’s homepage. “All views and comments submitted in response to the informational website will be reviewed and considered to the maximum extent possible.”

To review the project’s design, and to submit a comment, visit tiny.cc/DaltonIntersection.

“We’re getting a lot of feedback that people don’t want it,” Robert W. Bishop Jr., the board’s former chair, noted at a recent meeting. He added: “I’m going to listen before we decide.”

The junction lies on state Routes 8 and 9 and is about a half-mile from the town’s border with Pittsfield.

The DOT's case for a roundabout

The state Department of Transportation says these factors make roundabouts a good choice for troublesome intersections:

• They get travelers through pinch points faster;

• Drivers slow as they move through them, improving safety;

• Pedestrians don’t have to wait as long to cross;

• Crashes, when they occur, are less severe;

Roundabouts also are credited with cutting fuel use because they cut vehicle wait times at red lights.

Data shows that it is, indeed, a busy place. Average vehicles per day top 15,500 on Main Street west of the intersection, with more than 6,000 daily trips on South Street and nearly 5,000 on West Housatonic Street.

Though a roundabout is proposed, the DOT says an alternative plan would retain use of traffic signals at Main and South streets and at the nearby junction of Main and West Housatonic streets, but with better pavement markings and “improved intersection geometry.” If a roundabout is constructed, traffic lights still would be used at Main and West Housatonic.

The DOT says changes are needed because the intersection is in the top 5 percent of “crash clusters” in the region, based on a 2013-2015 study by the Highway Safety Improvement Program. From 2016 to 2019, there were 16 collisions in the area, including 10 with injuries.

Early planning included the prospect of fitting two roundabouts into the area, but that idea has been eliminated, the DOT says.

Still, problems associated with the area need to be fixed, the DOT says, to reduce the number of crashes, improve visibility and deal with what the department calls “outdated signals.”

Roundabouts have been the department’s go-to answer in recent years, despite the fact that they aren’t initially embraced by the public, in part because of fears of congestion during construction — as Dalton officials signaled last fall, when first briefed on what is coming.

Last September, Daniel D. Filiault, chairman of Dalton’s Traffic Commission, told the Select Board that the DOT was moving toward construction of a roundabout after two years of early study. He said the $2.1 million conversion would take up to a year to complete. The DOT now says work would not begin until 2024.

Filiault, a former Dalton police chief, said that, in his view, a roundabout could ease traffic backups on West Housatonic Street and help people get through the area.

The prospect of delays during construction worried Bishop at the time.

“Just getting in and out of town will be a huge problem,” he said.

The DOT says on its project website that traffic, including tractor-trailer trucks and emergency vehicles, would continue to flow during construction.

In his statement, Freeman, the DOT project manager, cautions that his team is still in early stages of the design. A public hearing is expected to be called next winter, he said.