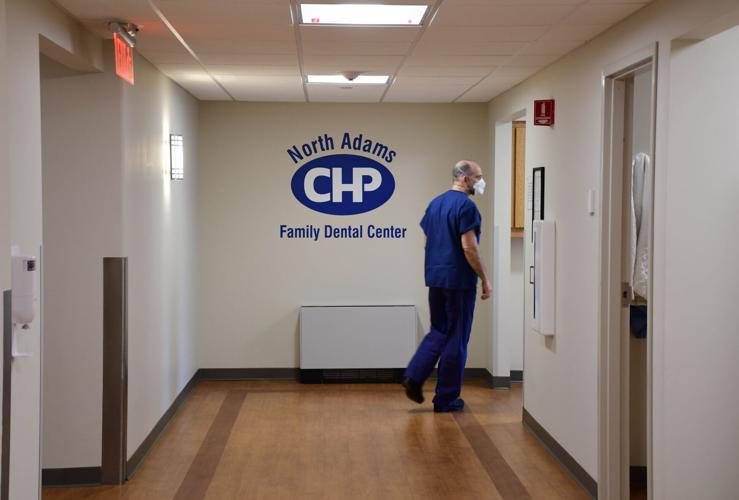 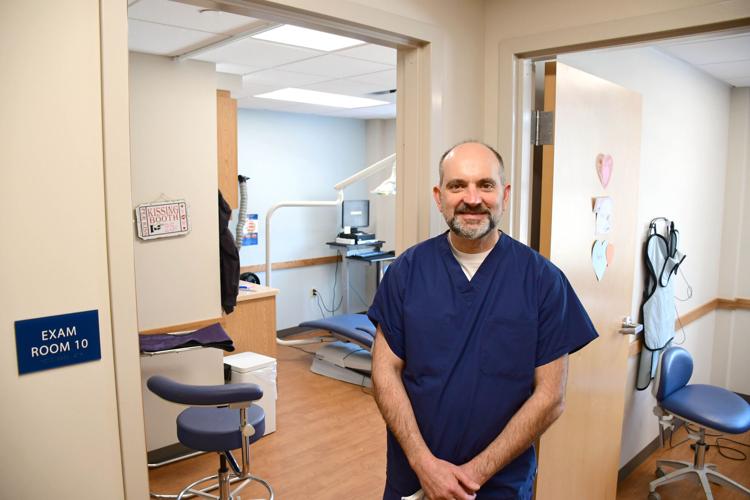 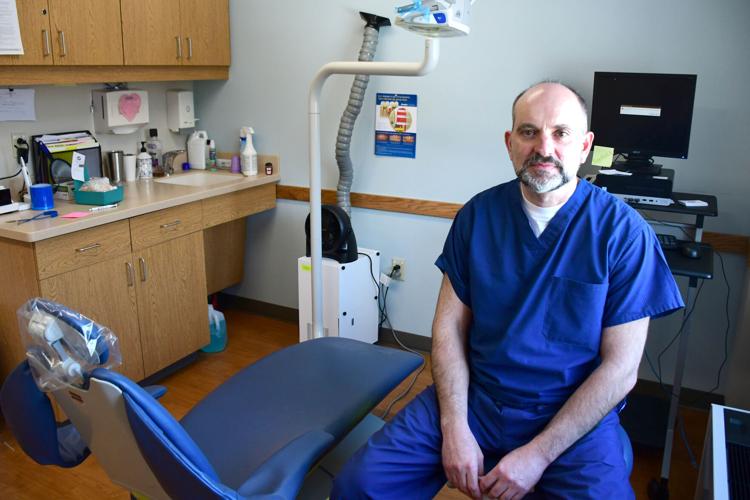 At the North Adams Community Health Programs dental offices, John Brazill sometimes sees patients in their teens and 20s who need all their teeth extracted because they missed out on years of dental care. 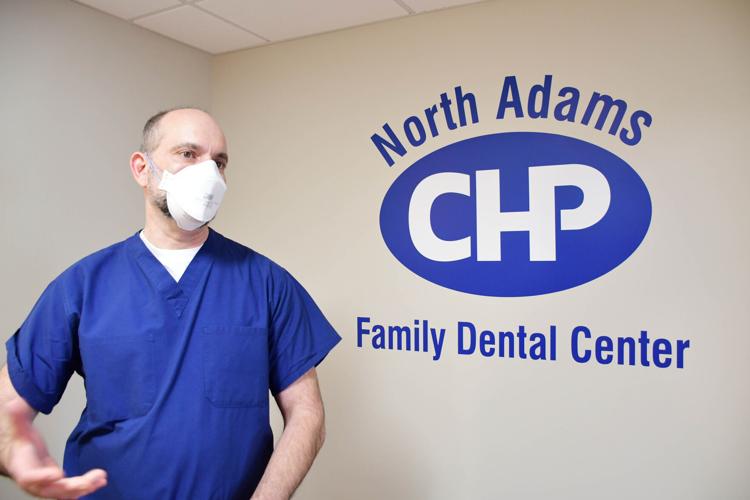 John Brazill works as the director of dental medicine for Community Health Programs, though most of his time is spent caring for patients in the North Adams office. 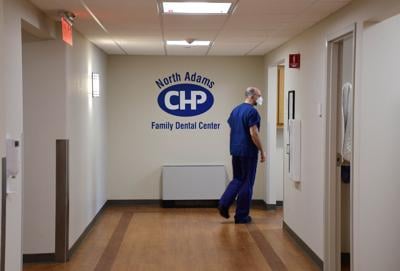 A few days ago, John Brazill saw a patient whose teeth had deteriorated beyond fixing. Every single one had to be extracted.

“It was shocking,” said Brazill, director of dental programs at Community Health Programs. “We’re trying to tell our patients, they need this work done before they end up with dentures.”

For thousands of patients enrolled in Medicaid, though, getting critical preventive care and other dental services is nearly impossible. Why? In no small part because there are not enough dentists willing to care for them, a gap that Community Health Programs wants to help close.

As many as four in 10 Medicaid enrollees in the Berkshires lack a dental provider, according to data from the state and CHP. That’s about 10,000 people. The number spiked last month, as yet another private practice stopped serving Medicaid patients, citing insufficient payments from the state.

“With it being a challenge, given the difficulties of reimbursement, private practices are forced, unfortunately, to make a decision about whether or not to serve the Medicaid population,” said CHP CEO Lia Spiliotes.

Meanwhile, Spiliotes says, serving anyone regardless of ability to pay is a fundamental part of CHP’s work — written into the organization’s charter.

CHP has now kicked off a $6 million project that could as much as double its capacity to treat Medicaid patients over several years. That investment will be possible in part due to the state’s recent increase in dental reimbursement rates for federally qualified health centers like CHP.

CHP currently provides dental care for about 4,000 Medicaid patients, according to Spiliotes. That number does not include the organization’s many patients with commercial insurance and Medicare. Under the multiyear project, Spiliotes said, CHP hopes to raise the number of Medicaid patients it can treat to around 8,000.

The expansion will mean pouring money into staff, equipment and space. CHP says it will use private and public grants as well as its own capital and revenue from the 65 percent reimbursement rate increase.

In North Adams, that expansion is already underway. In his office on the third floor of 77 Hospital Ave., North Adams, Brazill looks at his packed schedule — he already spends more days seeing patients in North Adams than the last dentist who operated out of the space. This spring, he will be joined by another dentist, effectively doubling the office’s capacity. All the space needs is a couple more equipment trays to fill out empty dental suites, Spiliotes says.

CHP also plans to expand capacity in its Pittsfield office.

The timing of the next step relies on the construction market, Spiliotes admits, but it is also the most ambitious part of the project: CHP will open a new pediatric dental office in Adams, with the help of a federal grant.

After that, the organization will finish the expansion by bulking out its dental center in Great Barrington.

All of that will require immense effort in hiring, no easy task right now, Spiolites says. But she says CHP has experienced “very good hiring” conditions so far, in part because of its existing recruitment.

The future could include partnerships with dental schools and visits to county high schools to build up a pipeline.

“We actually have folks who started as dental assistants and are now dentists,” Spiliotes said. “What better way to show somebody there’s a path forward than to have personal testimonials … it’s showing people it doesn’t just have to be a job, it can be a career.”

How can CHP plan such major expansions while other practices close their doors to anyone on Medicaid?

It’s all about reimbursements, Spiliotes says.

Only a handful of private practices now take Medicaid — and fewer still advertise it. Hillcrest Dental in Pittsfield cares for thousands of Medicaid patients, including the children in residence at Hillcrest Educational Centers. Great Expressions of Pittsfield also lists MassHealth as an accepted insurance on its website.

In 2021, several small practices across the county told The Eagle they took a limited number of MassHealth patients but refused to go on the record about doing so, concerned that they would be flooded with calls.

For years, Neha Das and Lisa Gamache at Berkshire Pediatric Dentistry treated some 2,500 children enrolled in MassHealth. They announced last year that they would have to stop as of 2022.

The pair told The Eagle last year that they could not afford to run a business while seeing Medicaid patients because the state only reimburses a fraction of the cost they would charge a commercial insurer. With pandemic financial stress piling on, that became an insurmountable hurdle.

“We ran the numbers, and, in order to continue to take MassHealth, we’d have to see more children with less staff,” Das told The Eagle last spring. “That’s not the kind of care we want to deliver.”

MassHealth reimbursement rates — the amount the state pays for any given procedure — vary widely, from 30 percent of the set dental fee to 70 percent and higher, depending on the procedure.

For some procedures, the gap can amount to large sums. As of last year, MassHealth paid dentists $124 for a pediatric, resin-based crown, while the average U.S. pediatric dentist charged more than $420 for the procedure, according to American Dental Association data.

As a federally qualified health center, however, CHP gets the opposite deal: The organization receives more than commercial insurers would for each patient. CHP also gets multiple sources of funding, from the federal and state government as well as grants.

Now in its second year, CHP’s Nutrition Club can serve more than 100 people any given time, working in concert with the organization’s other programs to increase access to fresh food for pregnant people, new mothers and people with diabetes.

Spiliotes says there is no “apples to apples” comparison between a center like CHP and a private dental practice. CHP’s locations often combine dental and medical services, and they offer a raft of health care-adjacent programs — like free child care supplies or farm shares to supplement new mothers’ diets.

That CHP already has a dental and medical presence in the northern, central and southern Berkshires makes it the right organization to build out capacity, Spiliotes says. She points to four key factors: size, scale, scope and capital. The organization already provides everything from routine dental care to advanced procedures and has hired an oral surgeon who will soon being practicing.

The pandemic has also left CHP with additional government funds, she says, including ARPA money and revenue from testing and vaccination.

As CHP expands to see more Medicaid patients, dentists at the practice will likely see more people like Brazill’s 28-year-old patient — cases where people delayed or avoided or were unable to access medical care and have to lose many or all of their teeth.

Many of them may not have been able to find a dental home. Some patients may have had a dentist but lost access because they were banned after missing an appointment or two, a policy some practices use.

Yet other patients may delay care because of their previous experience, Brazill points out. To save costs after the Great Recession, MassHealth stripped back services. For years, the state only covered a limited number of adult procedures, including routine cleanings and extractions.

“They have a tooth where half the tooth breaks because of decay, and normally you would do a root canal and a crown to save the tooth,” Brazill said. “But if you don’t have that option, they would just pull the tooth. Or try to patch it up with fillings, which wouldn’t last that long.”

In early 2021, the state changed the regulations, adding back root canals and crowns for adult MassHealth patients. But the commonwealth can still change it back, which means the level of care that Medicaid patients can get continues to rely on the state's financial situation.

That comes at a cost, both personal — a mouth full of decayed teeth — and systemic.

“Someone who has no form of dental care ends up using the emergency room when they have a dental emergency,” Spiliotes said.

According to the Centers for Disease Control and Prevention, there were 2.1 million emergency room visits for dental emergencies. Medicaid paid for nearly 70 percent of those for children, and 40 percent for adults. At least one estimate puts the cost of untreated oral disease at billions of dollars in lost productivity.

Pignatelli has also pushed a bill of his own that would allow dental hygienists and assistants to pick up more of the work, in order to increase capacity.

He hopes CHP’s expansion will be sustainable — if successful, he says, the buildout could be a part of a patchwork solution for the county.

“I don’t think folks in government or society take dental care as seriously as they should, cause it has impacts on your overall health down the road,” he said. “Until we’ve recognized that it’ll continue to be a struggle.”

Our Opinion: Filling the worrisome holes in dental care access

If we care about expanding health care access to all regardless of income, that must include dental care, too. Community Health Programs knows…

NORTH ADAMS — Community Health Programs is getting a $50,000 boost.