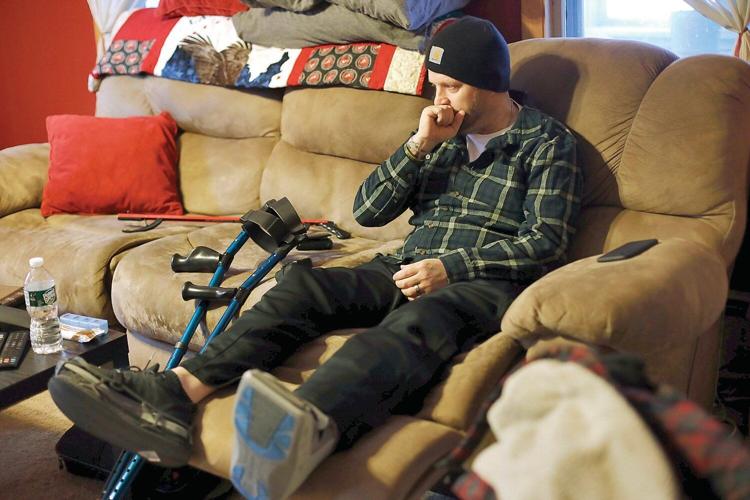 During an interview in his Dalton home in January 2020, Joshua Morin recounted the crash that left him severely injured and killed seven of his fellow members of the Jarheads Motorcycle Club in June 2019 in New Hampshire. He is suing the Massachusetts Registry of Motor Vehicles for failing to suspend the license of the driver responsible for that crash. 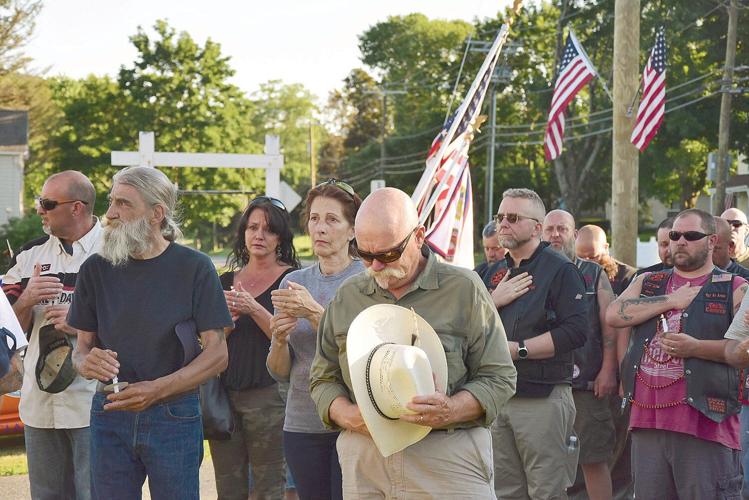 Members of area American Legion Riders and others participate in a vigil in Dalton, as groups honored victims of the deadly New Hampshire crash. On June 21, seven people associated with the Jarheads Motorcycle Club, which is made up of former Marines, were killed when a truck driven by Volodymyr Zhukovskyy, 23, is alleged to have crossed a double yellow line on U.S. 2 near Randolph, N.H. One club member who survived the crash, Joshua Morin lives in Dalton.

DALTON — Well over two years after he was injured in a New Hampshire crash that killed seven motorcyclists in 2019, Joshua Morin is still recovering, with his 25th surgery to repair his leg upcoming.

“Physically, I’m still beat up. My leg doesn’t work like a normal left leg should work, and emotionally, it’s a roller coaster depending on what day it is, depends on how I feel. But for the most part, I stay optimistic,” he said.

He was among the members of the Jarhead Motorcycle Club who were injured when Volodymyr Zhukovskyy crossed a double yellow line on U.S. 2 near Randolph, N.H., on June 21, 2019, striking the motorcyclists who were out riding that day. Seven motorcyclists were killed. 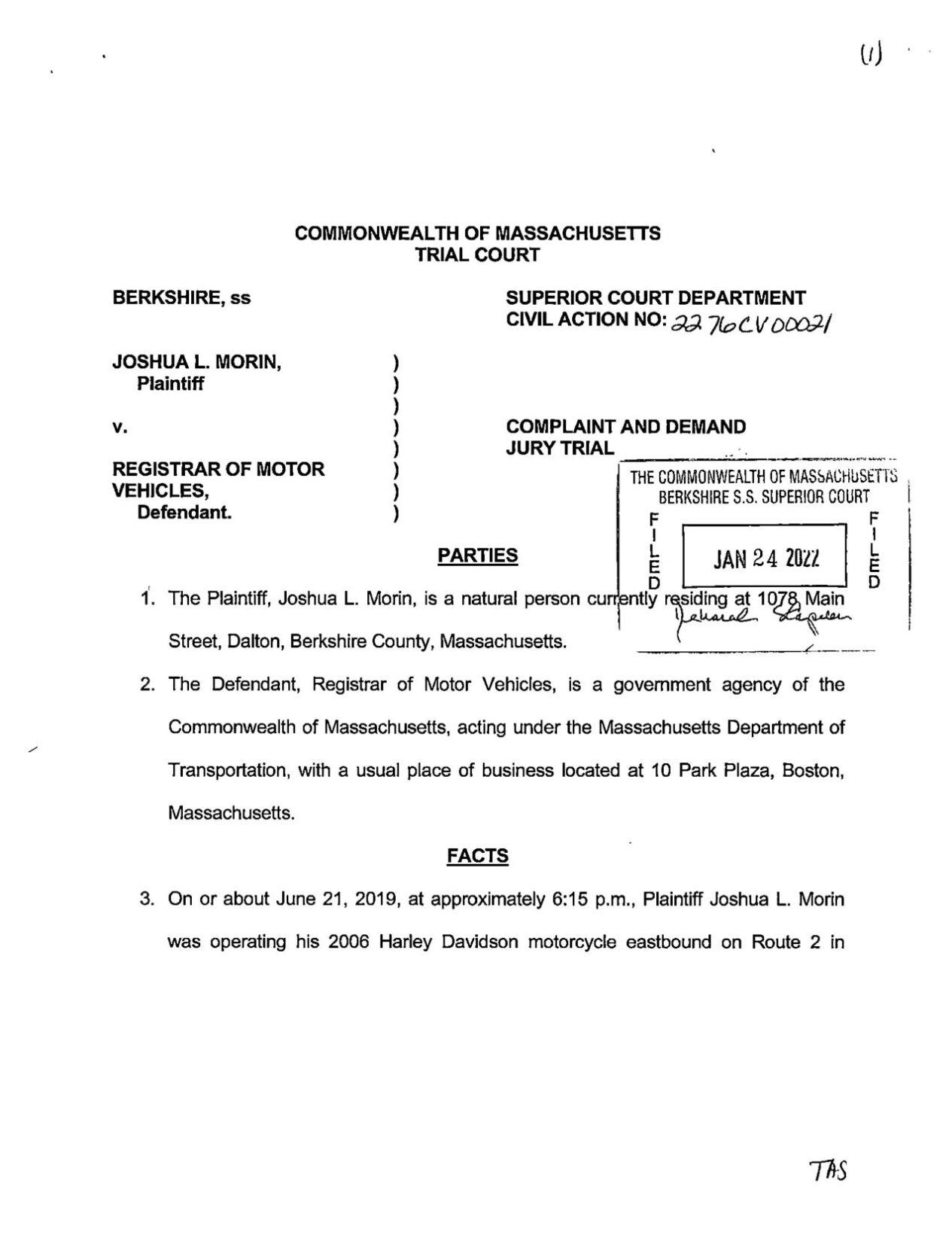 A federal inspection report found that Zhukovskyy was on drugs just before he crashed into the group of bikers. His criminal trial on manslaughter charges is set to begin in July.

Morin is suing the Massachusetts Registry of Motor Vehicles in Berkshire Superior Court. The suit, filed on Monday, claims the agency willfully, wantonly or recklessly failed to process thousands of license suspensions and revocations reported from out-of-state.

That failure allowed Zhukovskyy, whose license had been suspended in Connecticut after he refused a chemical breath test, to continue operating a motor vehicle, getting a job with Westport Transport and obtaining his commercial driver’s licenses.

Morin is seeking unspecified “monetary compensation for personal injuries, medical expenses, lost wages and other financial loss, pain and suffering,” to be determined by the court.

A spokesperson for MassDOT declined to comment on the litigation.

For Morin, who was a Marine Corps mortarman and lives in Dalton, the injuries he suffered in the crash has caused financial loss as well, as he could no longer work as a traveling, trauma-trained nurse, and now works in insurance, making “a quarter to a half” as much as he used to.

The revelation that the Registry of Motor Vehicles hadn’t been acting on scores of out-of-state notifications about driving violations was described in a report from the National Transportation Safety Board and a Pulitzer Prize winning series in the Boston Globe.

Morin bristles at the fact that person at the helm of MassDOT at the time of the crash, Stephanie Pollack, was tapped for a job in the Biden Administration after the deadly crash.

“She got a promotion,” he said. “How do you have so many people die and a huge scandal in the registry, but get a promotion? To me, that’s unreasonable.”

He believes that with so many notifications having gone unprocessed for so many years, his lawsuit may not be the last of its kind against the registry.

“It’s definitely a case that uncorks the bottle, because this isn’t a one-time shot where the registry has neglected to suspend a license,” he alleged. “How do we know somebody else wasn’t hurt?”