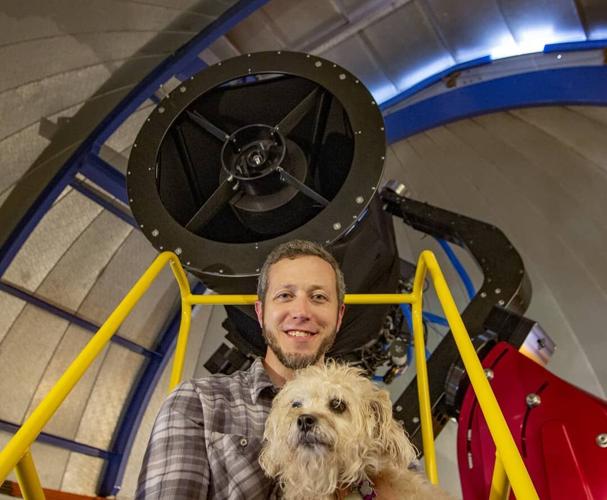 "About 85 percent of people in the United States live in communities where they cannot see the Milky Way at night," said Tim Brothers, a Massachusetts Institute of Technology astronomer and manager of the Wallace Astrophysical Observatory in Westford, northwest of Boston, near the New Hampshire line. "In the Berkshires, you have something special, and you should try to fight hard to keep it." 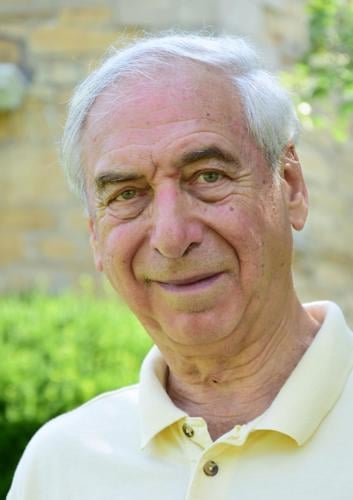 Williams College astronomy professor Jay Pasachoff is among the many astronomers and stargazers calling upon communities to take measures to decrease light pollution.

The night view of Earth from space is one of Edison-inspired incandescence. It all resembles a tangle of monochromatic Christmas lights knotted in the shrubbery of the continents.

Back here on Earth, all this artificial light — illuminating our streets and interstates, shopping plazas, homes and small businesses — not only blocks the night sky from view, but it has ill effects on health, and is wasteful and expensive, say astronomers, health experts and an increasing number of legislators.

Light pollution, they call it.

Meet Rick Costello — a silhouette, and a stargazer

Massachusetts is the only state in the Northeast without regulations restricting outdoor lighting. That could change.

The Legislature's Joint Committee on Telecommunications, Utilities and Energy is expected to take up a bill this fall titled "An Act to Improve Outdoor Lighting, Conserve Energy, and Increase Dark-Sky Visibility."

As of Friday, identical bills before the House and Senate have 26 co-signers.

Here in the Berkshires, where we still can step away from our downtowns and behold the Milky Way, we are a rarity.

"About 85 percent of people in the United States live in communities where they cannot see the Milky Way at night," said Tim Brothers, a Massachusetts Institute of Technology astronomer and manager of the Wallace Astrophysical Observatory in Westford, northwest of Boston, near the New Hampshire line. "In the Berkshires, you have something special, and you should try to fight hard to keep it."

Brothers also serves as vice president of the Massachusetts Chapter of the International Dark-sky Association, which works to protect the night sky from unnecessary artificial light. He is urging people to contact their elected officials to support the bill.

This legislation would promote energy-efficient lighting practices throughout the commonwealth by:

• Requiring municipal- and state-funded projects to use fully shielded exterior lighting in new or replacement installations, and to install that lighting only where it is needed;

• Requiring these installations to use lighting with a correlated color temperature that researchers advocate for human circadian health and nocturnal habitats;

• Requiring the Massachusetts Department of Transportation to review and update its criteria for roadway lighting to conform to commonly accepted best practices; and

• Requiring the Massachusetts Department of Public Utilities to establish reduced-rate tariffs for low-wattage LED streetlights, and for streetlights that are dimmed or turned off during the night. This would benefit towns that want to install LED streetlights, particularly if they are opting for electronic dimming controls.

Light pollution — it's wasted artificial light that shines up into the atmosphere, creating smog-like conditions blocking the starry sky — amounts to wasted energy "to the tune of $3 billion per year in the United States alone," reports The New York Times.

Some communities in the Berkshires have taken up the cause. For instance, Williamstown soon will be replacing town-owned streetlight bulbs with lower-energy LED bulbs.

"And the light fixtures will be shielded so the light all goes on the ground and not wasted by going in the sky," said Williams College astronomy professor Jay Pasachoff. "We astronomers are pleased with that."

Officials in New Marlborough are drafting a dark skies bylaw to put before voters at town meeting next spring. Mark Carson, chairman of the Planning Board, said the intentions so far are to have owners of commercial buildings dim their lights in the evenings. Streetlights, too, would be shielded to direct the light downward.

"That would help keep the skies dark at night," Carson said. "Cut back on light pollution — these are important things."

Brothers said that light pollution has been increasing nationally at a rate of 2.2 percent per year. In Massachusetts, he said, that rate has been 4 to 6 percent.

"If people could just tone down the lighting at their homes after 11 p.m., even that would be huge," he said.

The fight against light in New Marlborough, to prevent loss of 'our stars'

Increasingly, illumination that has traveled more than 25,000 light-years from the Milky Way galaxy to Earth cannot be seen by sky-watchers here because of the amount of light cast by outdoor fixtures. New Marlborough is trying to do something about that.