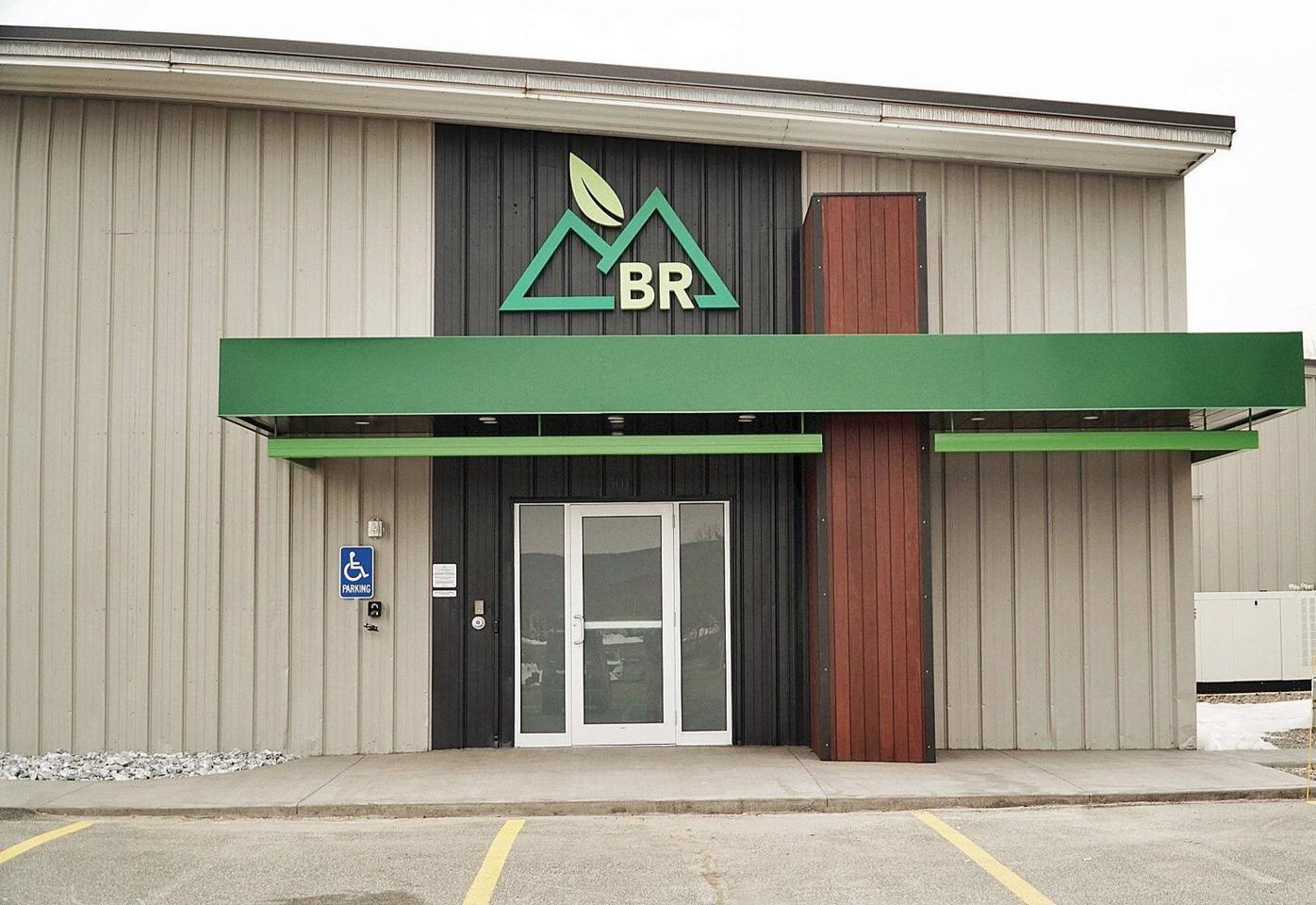 Berkshire Roots in Pittsfield is proposing a three-building campus on Dalton Avenue. The only building now being used houses its Pittsfield dispensary, and it has space for cultivation and manufacturing. 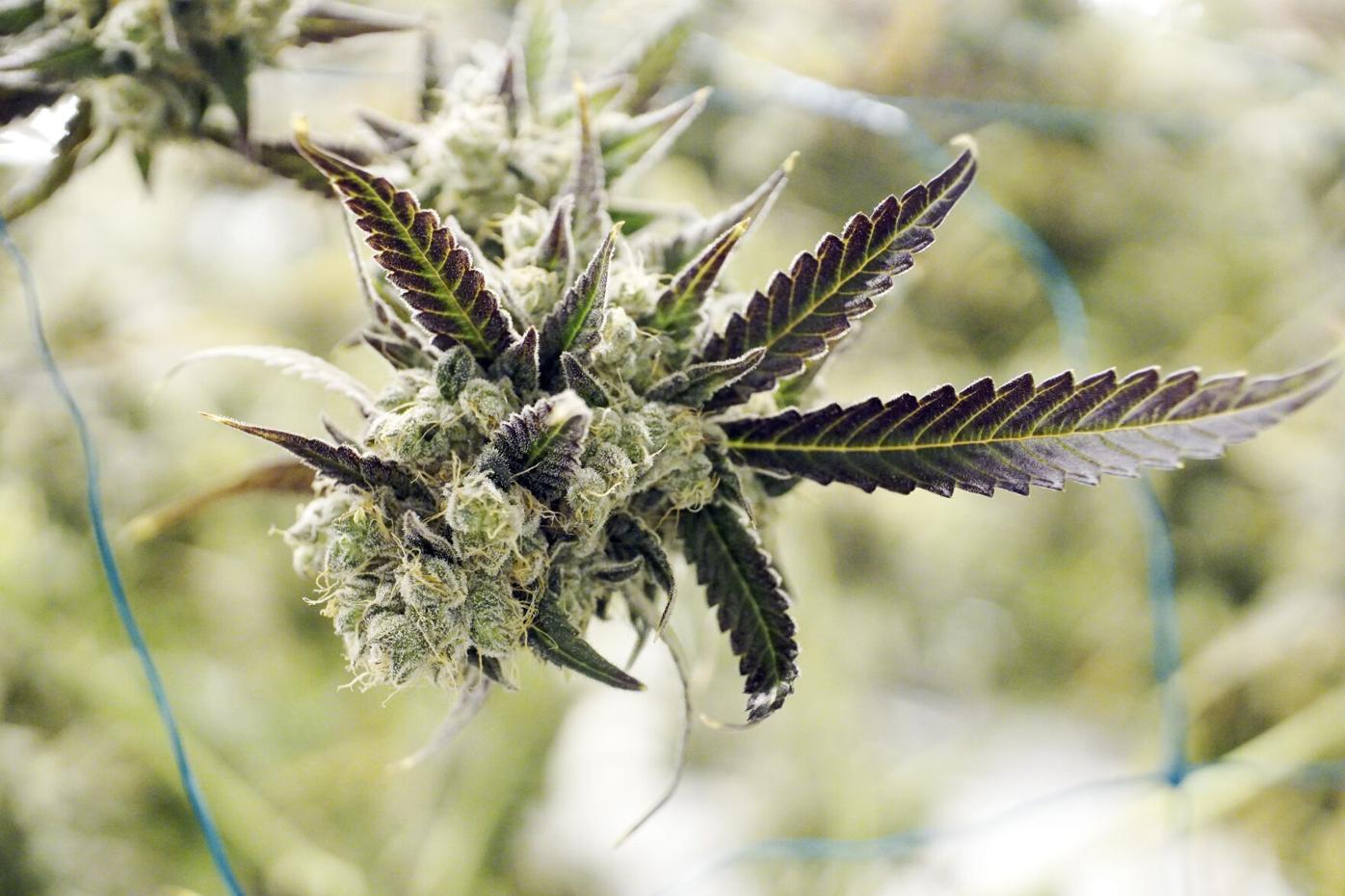 A cannabis flower grows under lamps at Berkshire Roots in Pittsfield. State regulators gave final approval Monday morning to new regulations that will reshape the legal marijuana industry to include home delivery. 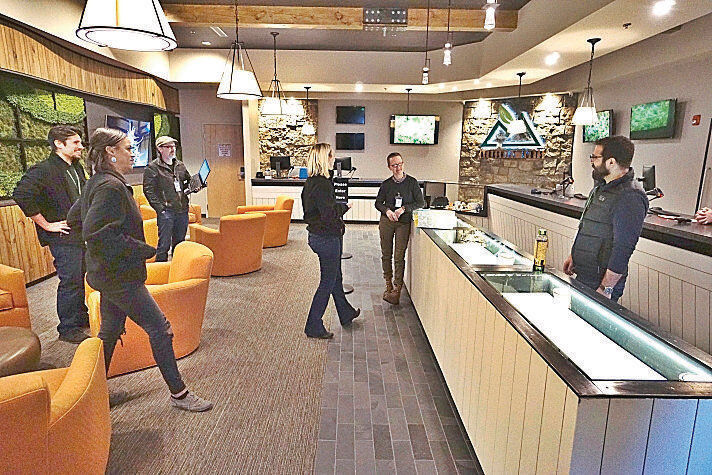 The sales staff of Berkshire Roots' dispensary, Berkshire County's first on-site cannabis-growing and manufacturing facility, has a meeting in the retail lobby in Pittsfield last year.

Berkshire Roots in Pittsfield is proposing a three-building campus on Dalton Avenue. The only building now being used houses its Pittsfield dispensary, and it has space for cultivation and manufacturing.

A cannabis flower grows under lamps at Berkshire Roots in Pittsfield. State regulators gave final approval Monday morning to new regulations that will reshape the legal marijuana industry to include home delivery.

The sales staff of Berkshire Roots' dispensary, Berkshire County's first on-site cannabis-growing and manufacturing facility, has a meeting in the retail lobby in Pittsfield last year.

PITTSFIELD — Concerns about the smell that some neighbors say wafts from the existing Berkshire Roots cannabis facility on Dalton Avenue delayed the company’s quest to significantly expand cultivation.

Berkshire Roots is seeking to build a 100,000-square-foot facility at the site of the former Ken’s Bowl. It would be a two-story building primarily serving as a cannabis cultivation and manufacturing space and would create at least 80 full-time jobs, according to co-founder Andrea F. Nuciforo Jr.

If approved, it would be the company’s third and largest building at what representatives call Berkshire Roots’ “campus” at 501 Dalton Ave.

“What we are attempting to do here is build a cannabis campus,” Nuciforo said. “It will be, from what we can tell, unique for the East Coast.”

While grow rooms would be sealed, air exhausted from bathrooms would be discharged outside the facility, but not before being treated via a multi-step process, he said.

Treatment involves sending the exhaust through an underground sand filtration system, several carbon filters and the use of “odor neutralizing mist diffusers,” which DeMarinis described as “pretty much Febreze” sprayed before the air is discharged outside.

The odor-control system, he said, was developed after he traveled to cannabis facilities outside Las Vegas and learned about systems in use there. It would involve more steps than the system in place at its existing space.

“No one’s doing as much as what we’re proposing,” DeMarinis told the Zoning Board of Appeals on Wednesday.

DeMarinis told the board members that concerns about odor from its existing dispensary, cultivation and processing facility at 501 Dalton Ave. did not surface until Berkshire Roots submitted its proposal for the new facility over the summer.

But, neighbor Charlene Wehry said she raised the concern last year, when the company was seeking approval for the three-story cultivation center now under construction in front of the dispensary. She said she detects “dead skunk marijuana smell” due to the company’s existing facility, particularly in the morning hours.

Ward 2 Councilor Kevin Morandi urged the ZBA to hold off on approving the cannabis company’s request until the smell he said constituents, and he himself, have noticed coming from the existing facility is brought under control.

“My family and I live in these neighborhoods, and certainly are affected, and can attest to the strong smell consistently,” he said.

The ZBA voted unanimously to delay a decision on the company’s special permit request until its next meeting Nov. 18. In the meantime, a third-party review of the Berkshire Roots odor- mitigation system will be conducted.

One proponent of the expansion is Ken’s Bowl owner Jerry Gillette, who spoke in favor of the proposal at the ZBA meeting and at an earlier session Tuesday of the Community Development Board. That board approved the Berkshire Roots site plans Tuesday, but asked the company to provide more detailed renderings before breaking ground.

Gillette told the Community Development Board that Ken’s Bowl has been closed for seven months, since the outset of the coronavirus pandemic. He said he has no plans to reopen, so if the company’s proposal stalled, his “building would be sitting abandoned.”

“I think this is a blessing for the community to have this Berkshire Roots come in here and put this grand facility up and employ all these people,” he said. “It’s a win-win for the community.”

The company reached a purchase-and-sale agreement for the Ken’s Bowl property, according to City Planner Cornelius Hoss, with the deal contingent on the company receiving project approval.

According to Nuciforo, the existing dispensary, grow and processing facility employs 78 people. The three-story building for cultivation that remains under construction is expected to add an additional 25 full-time positions to the company’s payroll. The proposed third structure would add around an additional 80 full-time workers, the company says.

“Overall, we anticipate a head count in the city of Pittsfield of about 183 full-time employees when these facilities are up and running,” Nuciforo said.

The cannabis company would demolish Ken’s Bowl and build the new facility in its place, DeMarinis said. Pot grown there would supply Berkshire Roots’ Pittsfield dispensary, the company’s second dispensary in Boston and a third retail location Nuciforo said the company is hoping to open in the next few years.

Pending approval from the state, tours of the new facility would be offered to give the public a glimpse of what growing cannabis entails.

“We would provide some education, and that museum-type feeling for the patrons,” DeMarinis said.